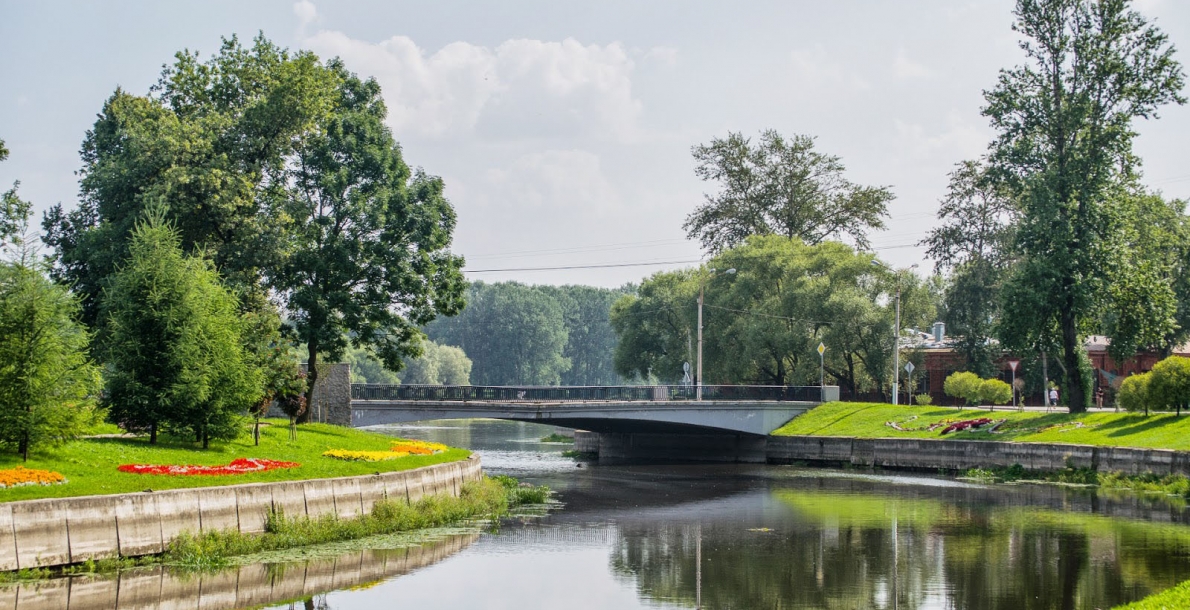 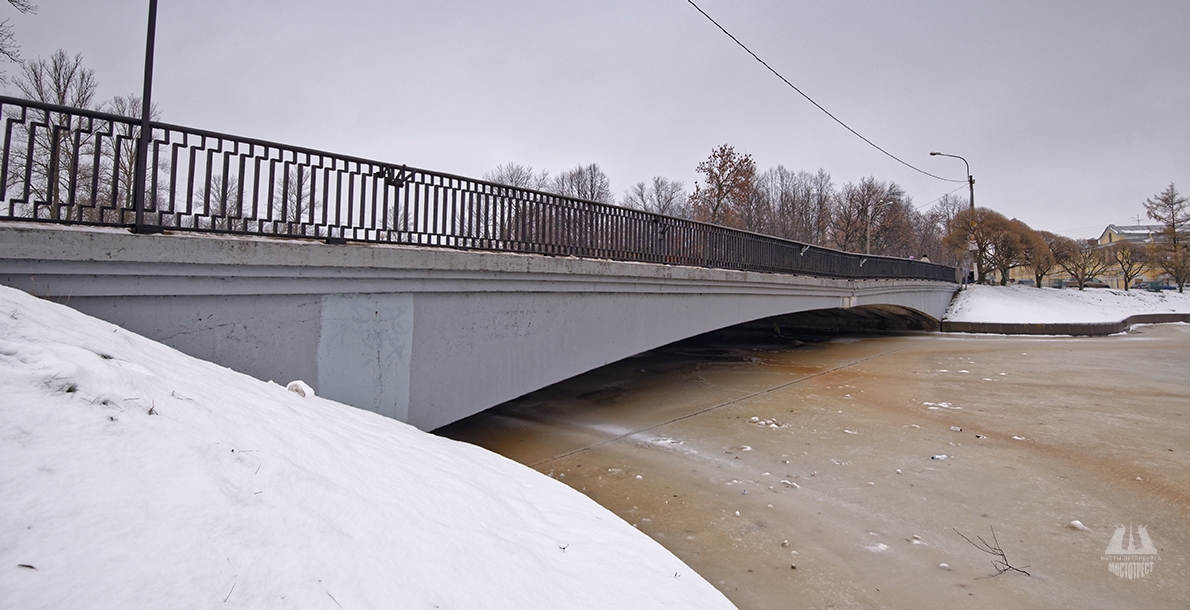 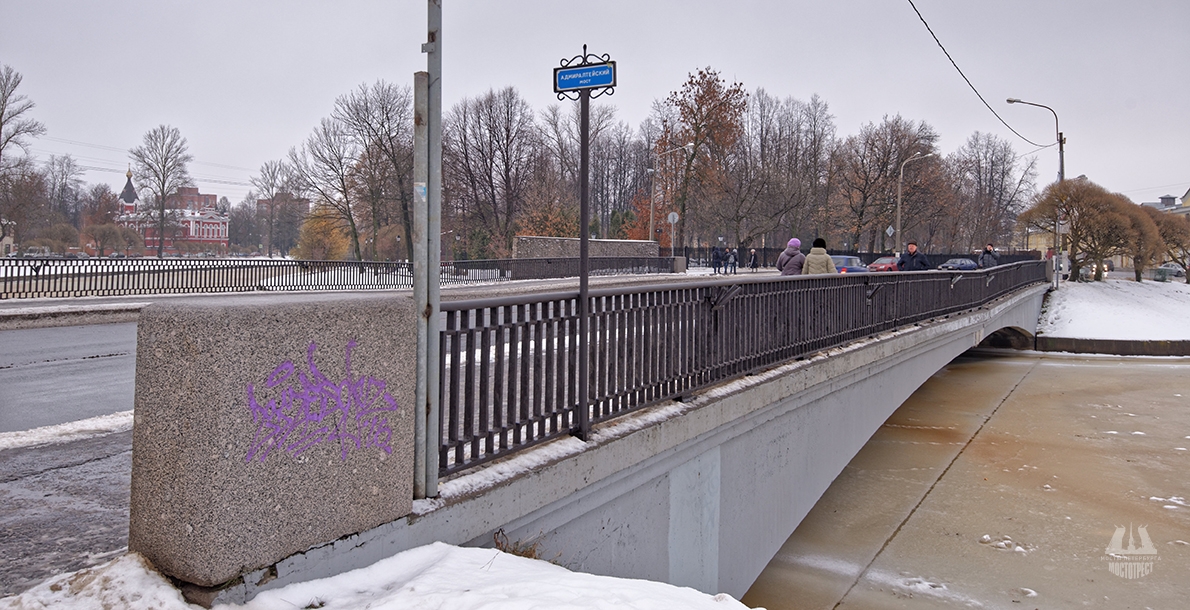 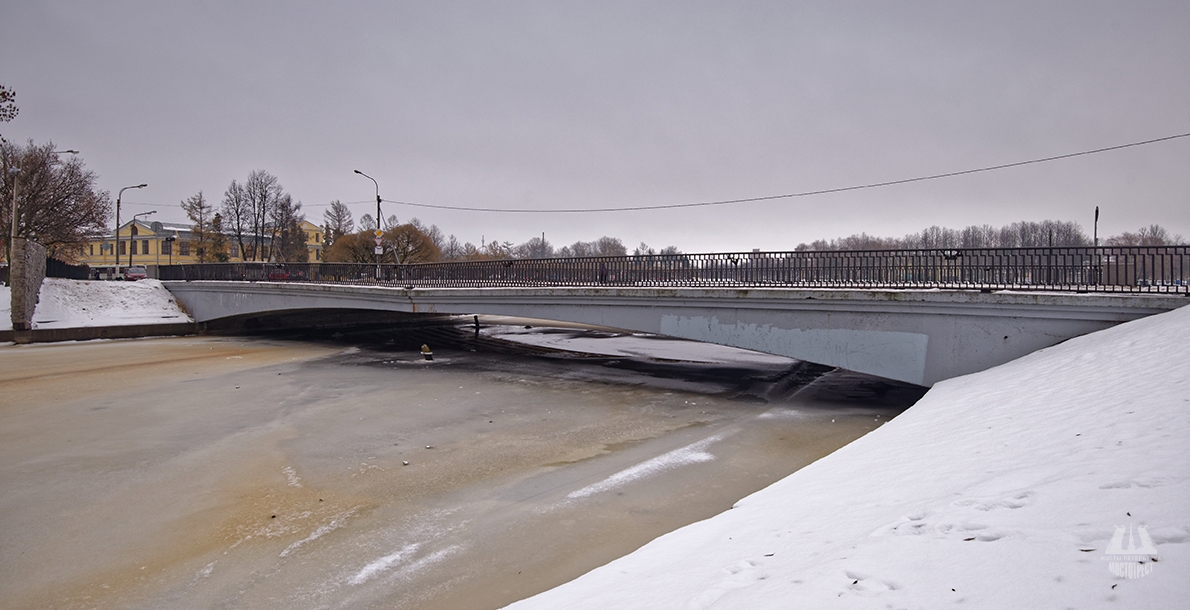 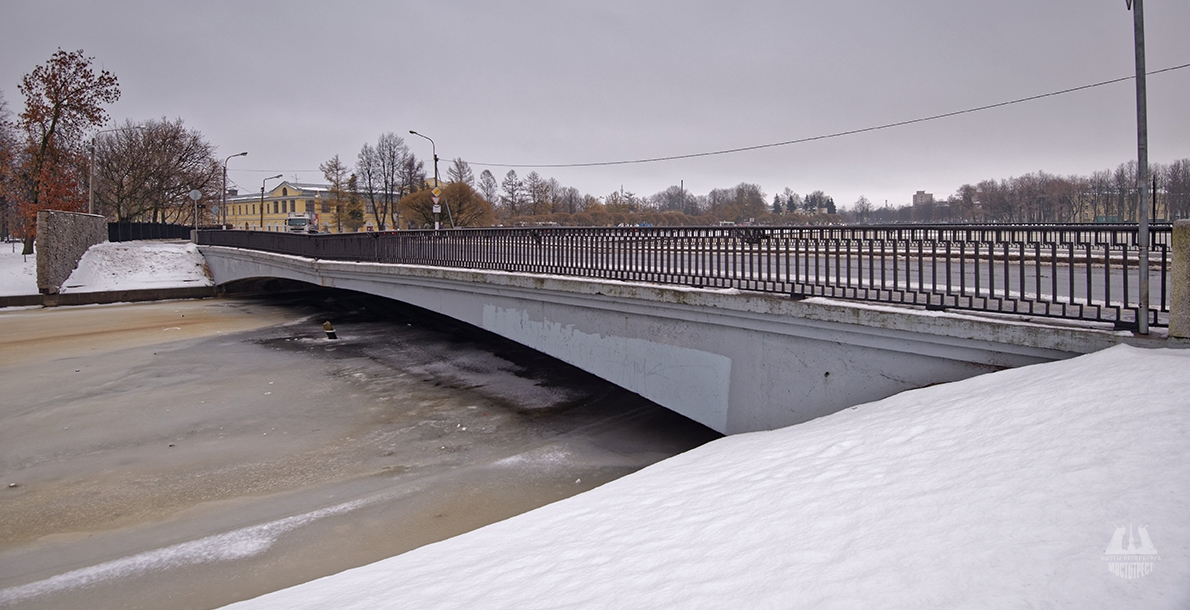 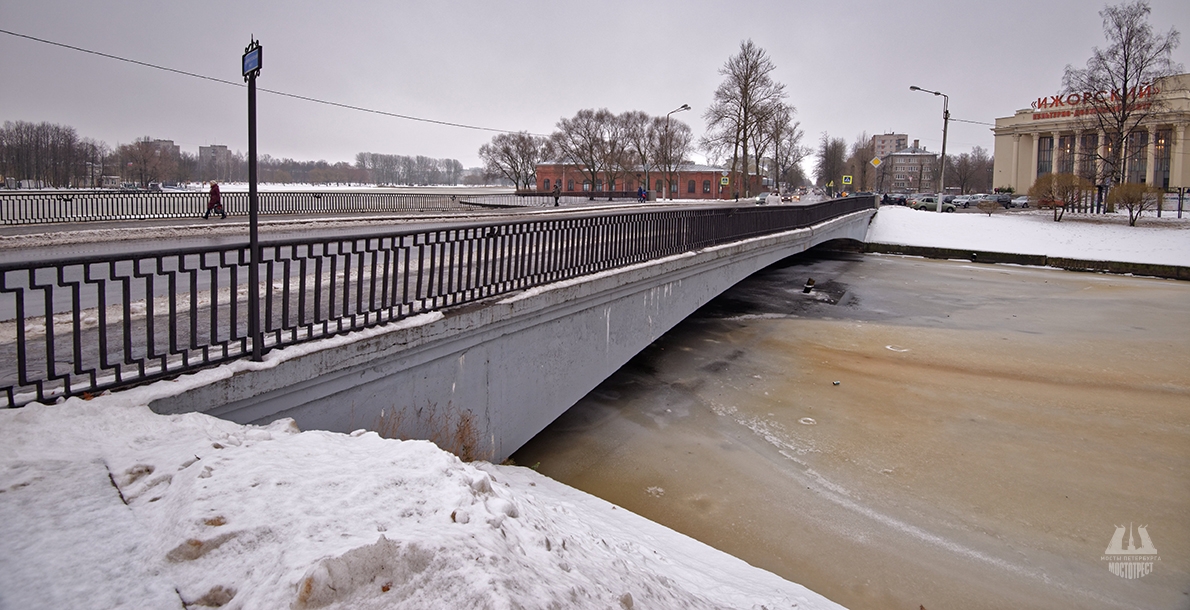 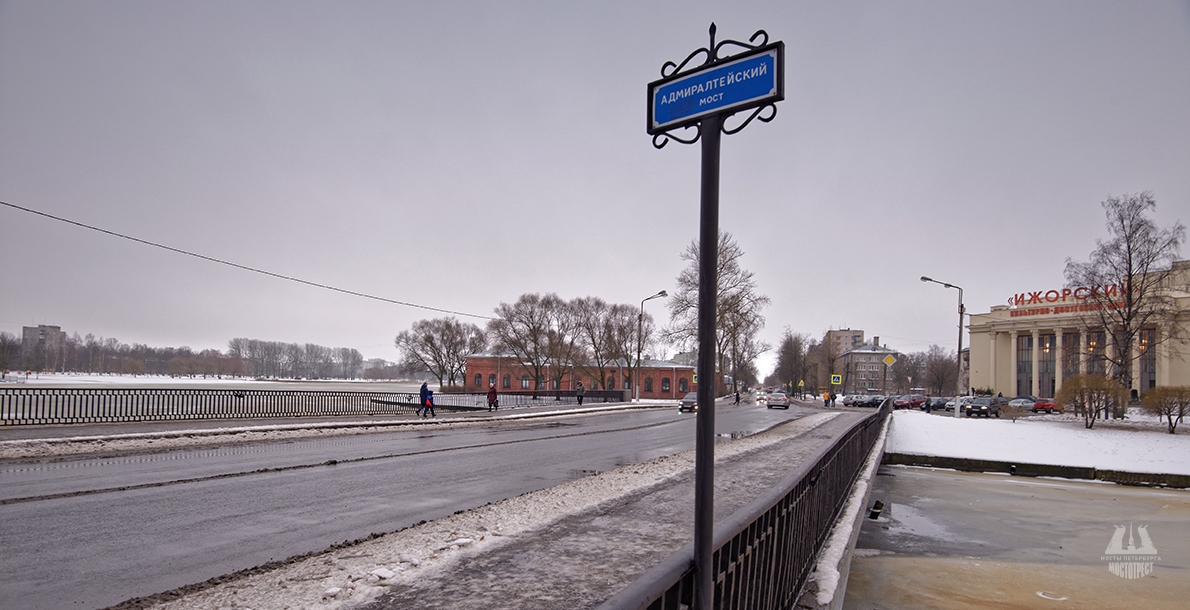 Admiralteysky Bridge spans across the Sovetsky Canal in the alignment of Volodarskogo Street and Svobody (Freedom) Boulevard in Kolpino.

The roadway and the sidewalks are covered by asphalt concrete. Metal railings embedded in the end granite pedestals from the both sides are installed on the bridge. There is street lighting on the bridge.

The bridge was built in the period from July 1972 to November 1973 at a place of a wooden beam five-span bridge with span structures of metal I-beams on the wooden double-row supports existed there before. The structure was rebuilt by the efforts of the SU-2 of Trust Lenmostostroy according to design and estimate documentation developed by Lengiproinzhproject Institute (author – Eduardov V.E.).

The modern name was given to the bridge on July 3, 2012 at the historical name of Volodarskogo Street - Admiralteysky. There is a road sign relating to speed limit - 40 km/h – at the entrance of the bridge.