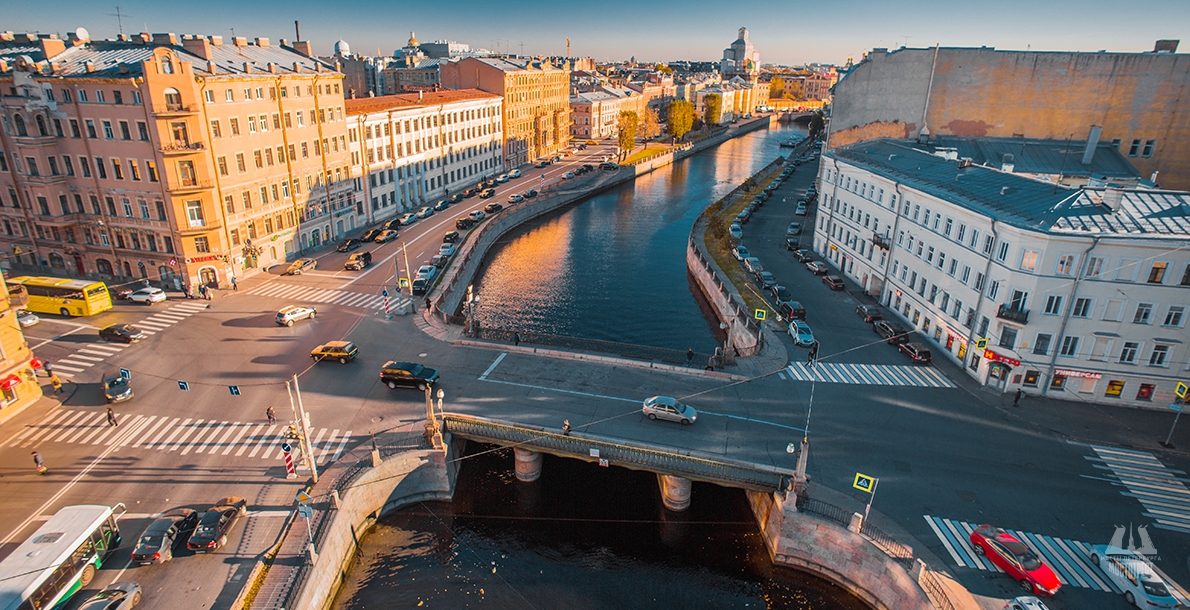 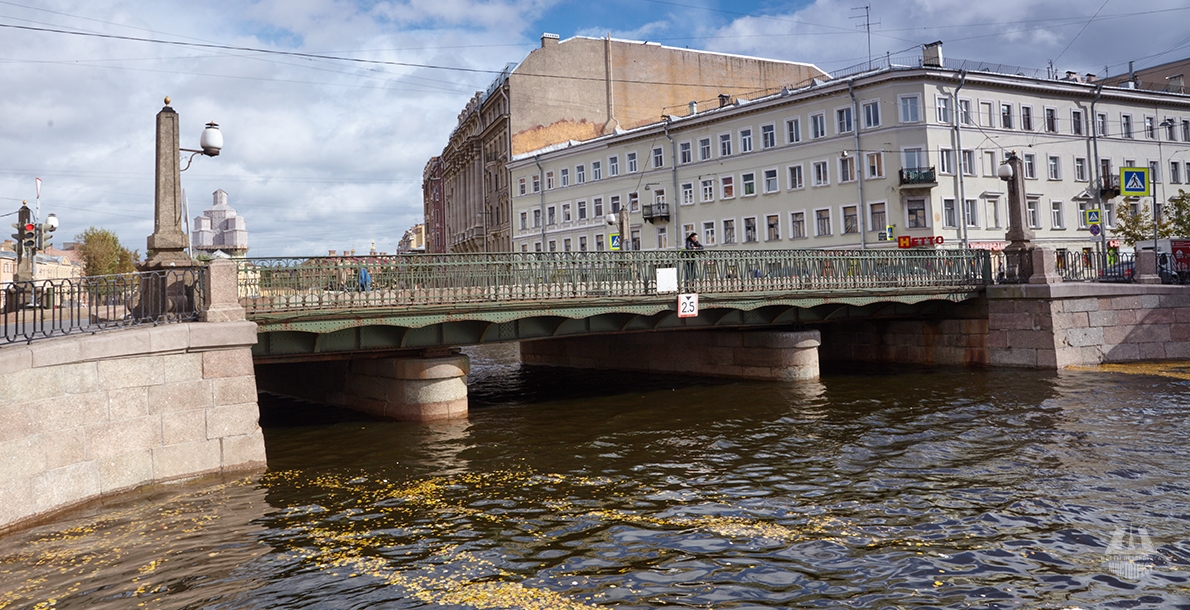 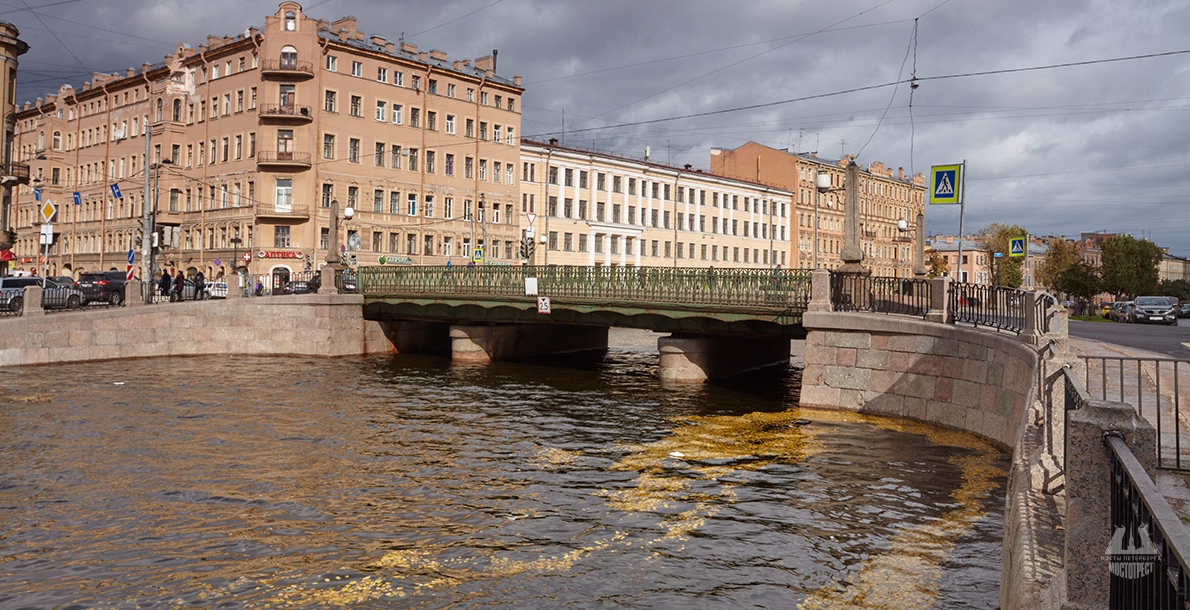 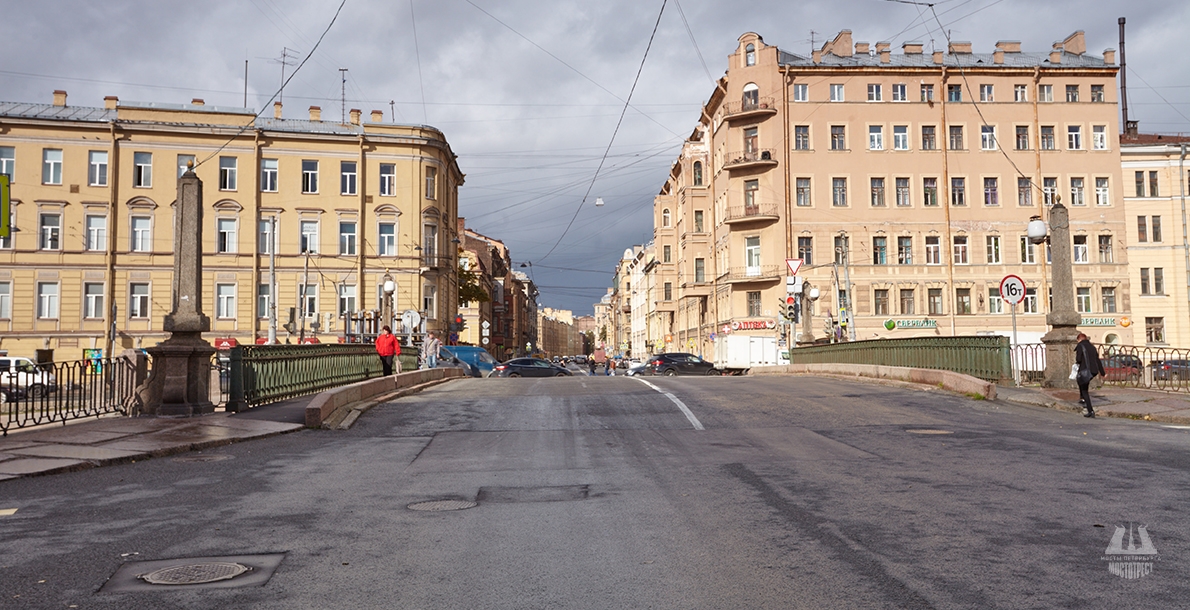 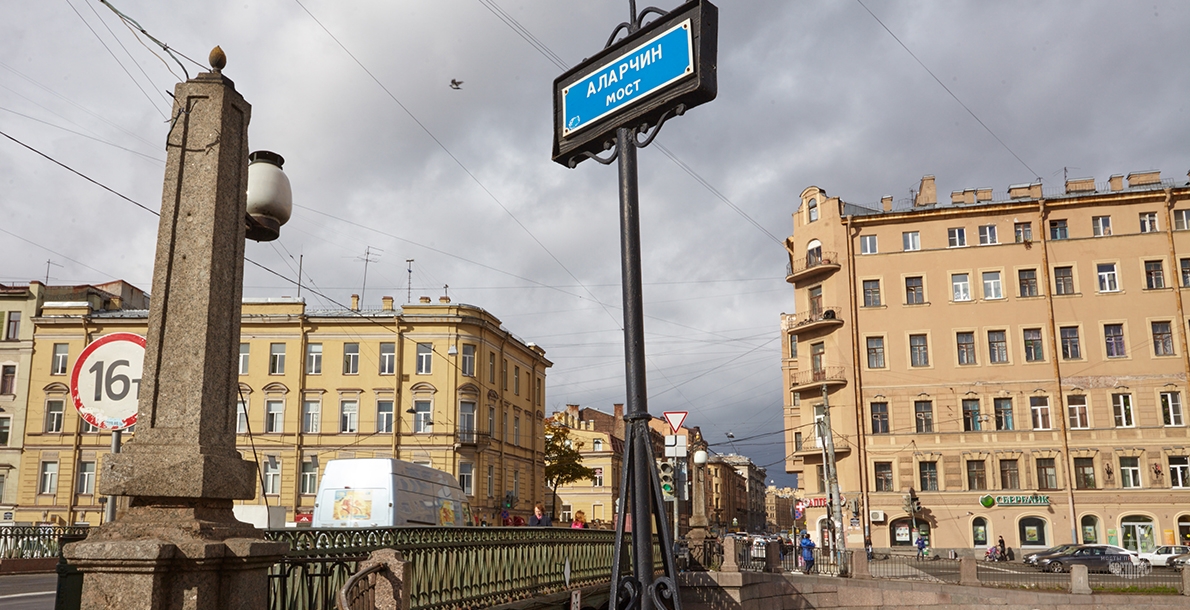 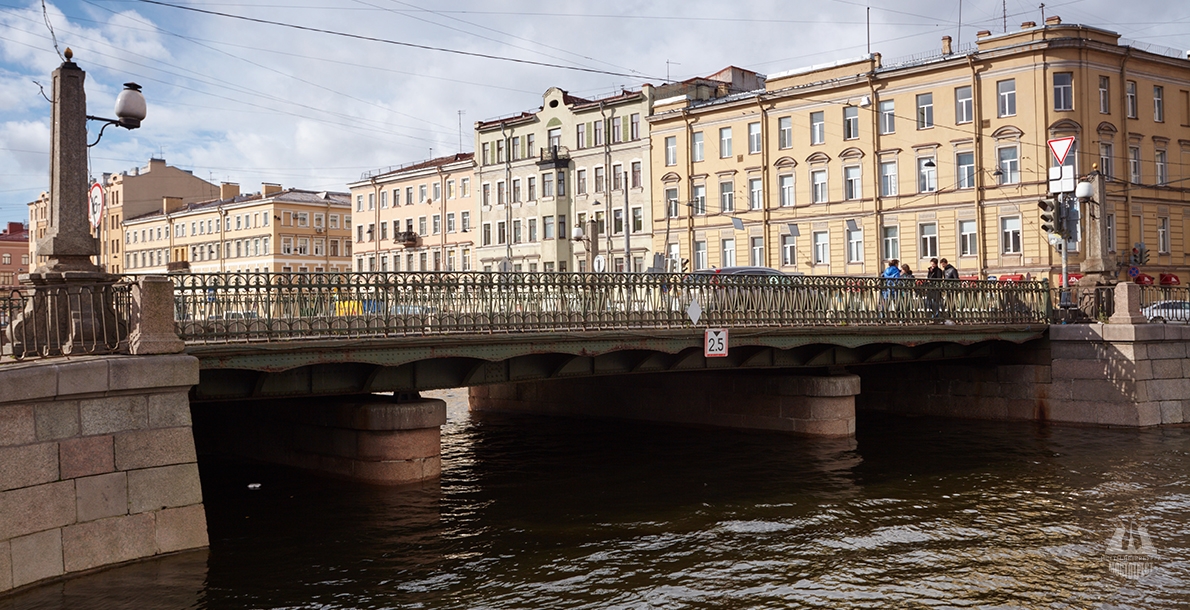 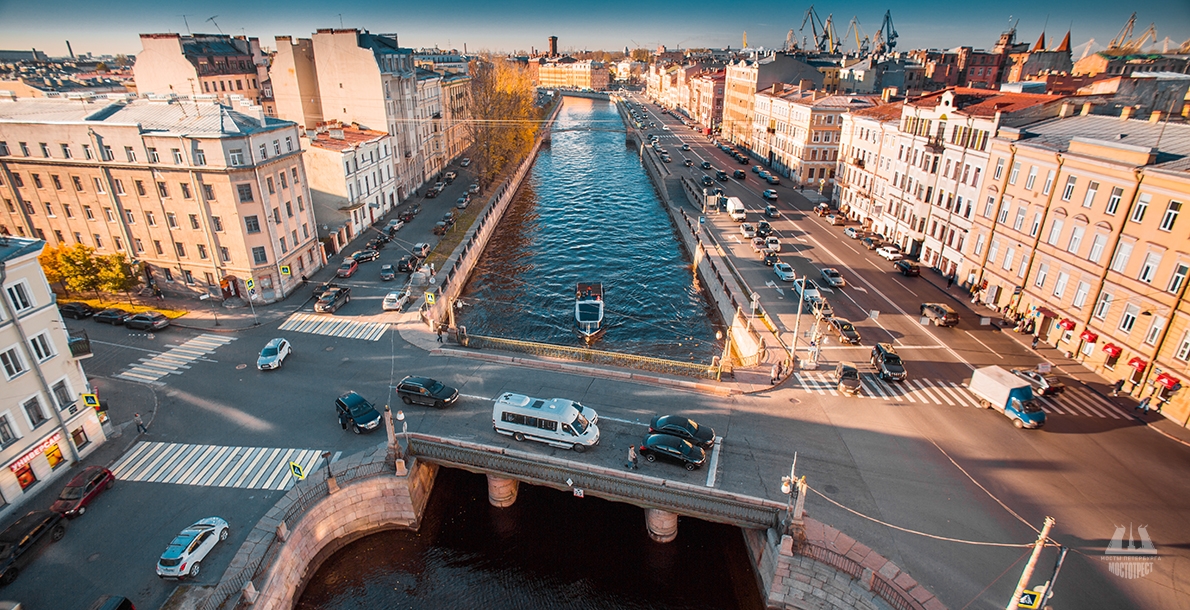 The bridge has retained its name for 200 years. In opinion of the well-known Petersburg historian N.P. Petrov, origin of the name of Alarchin Bridge is connected with the wrong pronunciation of name of shipwright Aladchanin, whose house was near the bridge.

Since 1761 there was a wooden Alarchinov Bridge, which was rebuilt in 1783-1785 by the type of Pikalov Bridge. Author of the project is unknown. It was a three-span bridge with a wooden span structure on stone pillars, faced with granite, with a central lift span. The width of the bridge was 10.2 m.

In 1906-1907, under the project of engineers V.A. Bers, A.P. Pshenitsky and architect A.I Zazersky, the bridge was reconstructed. The wooden superstructure was replaced with riveted metal continuous one, consisting of seven main beams. Such appearance of the bridge survives to this day.

The bridge was widened by transferring of sidewalks onto the consoles. Granite obelisks with lanterns were transferred from intermediate supports onto abutments. As a result the bridge length increased up to 26.5 meters and width - 15.8 meters.

Also, the original pattern of the bridge railings was changed. New forged metal railings were installed on the crossing. For a long time there was a wooden covering on the bridge, but later it was replaced with the asphalt one.

Well-known fact, that during the blockade, near the bridge in one of the precincts on Maklina Prospect, there was a morgue under the open sky, where the dead bodies were brought.

In 1953 stand lamps with lanterns designed by the architect A.L. Rotach were restored, and in 1969 - the ends of granite obelisks were gilded.

In 1995 lights of "Washington" type and, in 1996, a granite drainage gutter were restored.

The bridge is an architectural monument and is protected by the state.

In June 2015 Alarchin Bridge was featured in many media of St. Petersburg – a woman, having decided to save a little duckling, went down into the water near the bridge, and crossed with a nestling the Griboedov canal and safely swam to the opposite shore, where passers-by helped her out of the water. 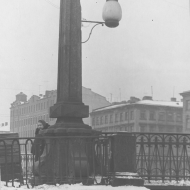