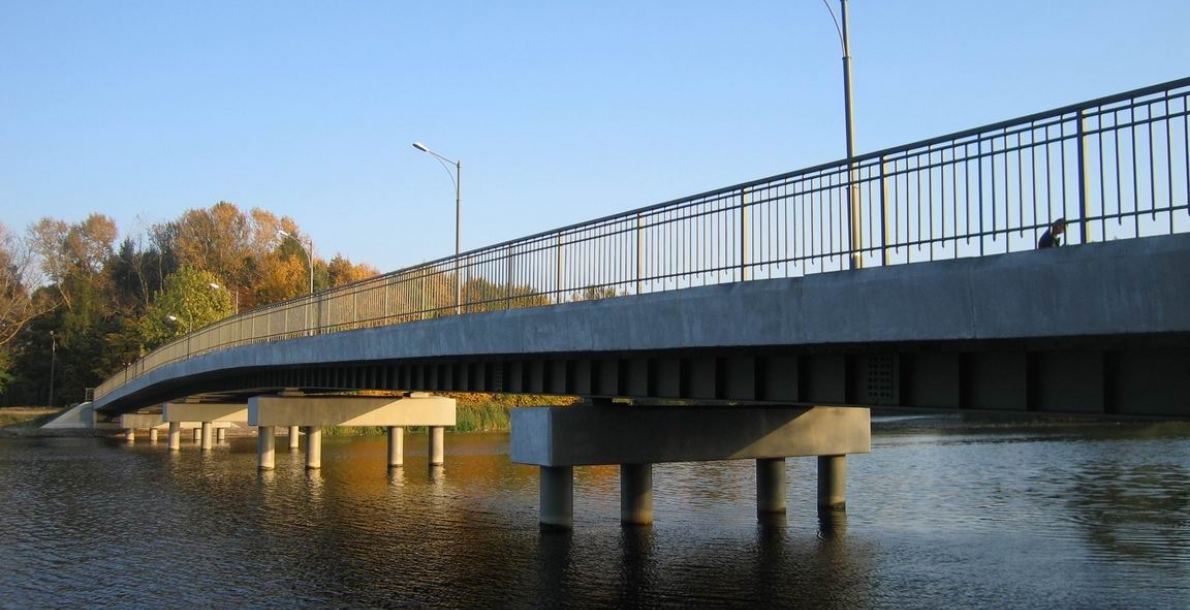 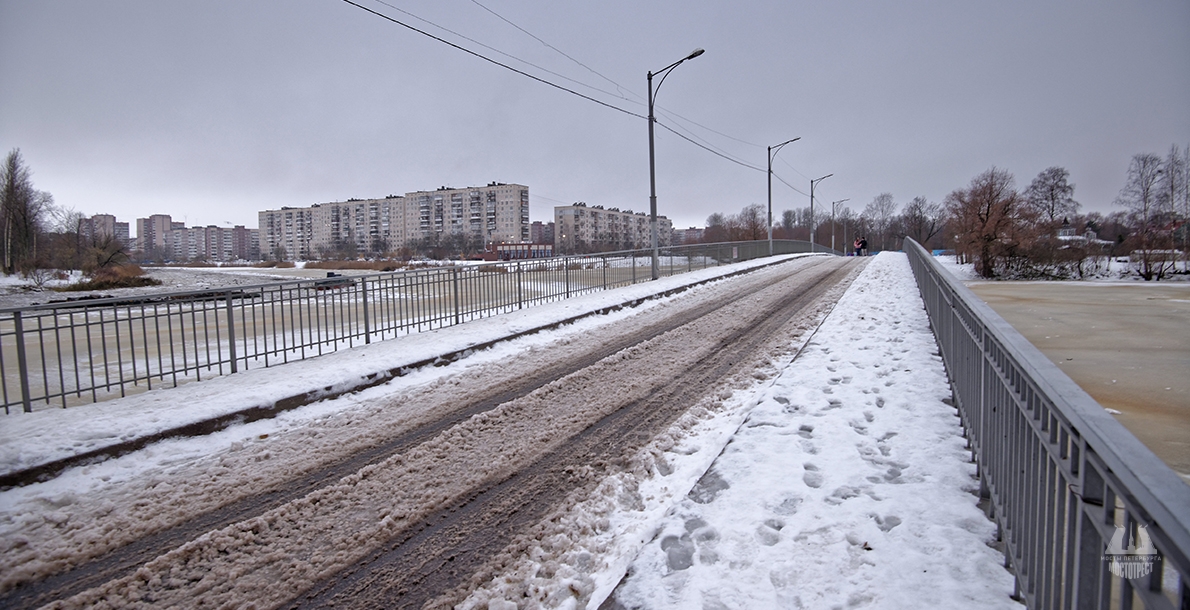 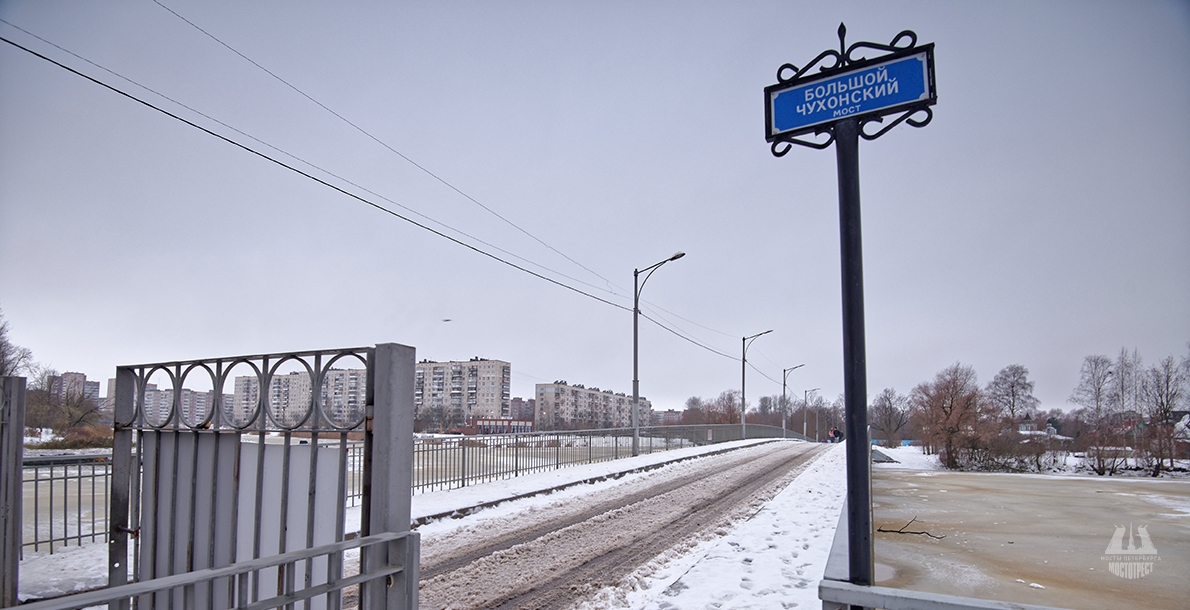 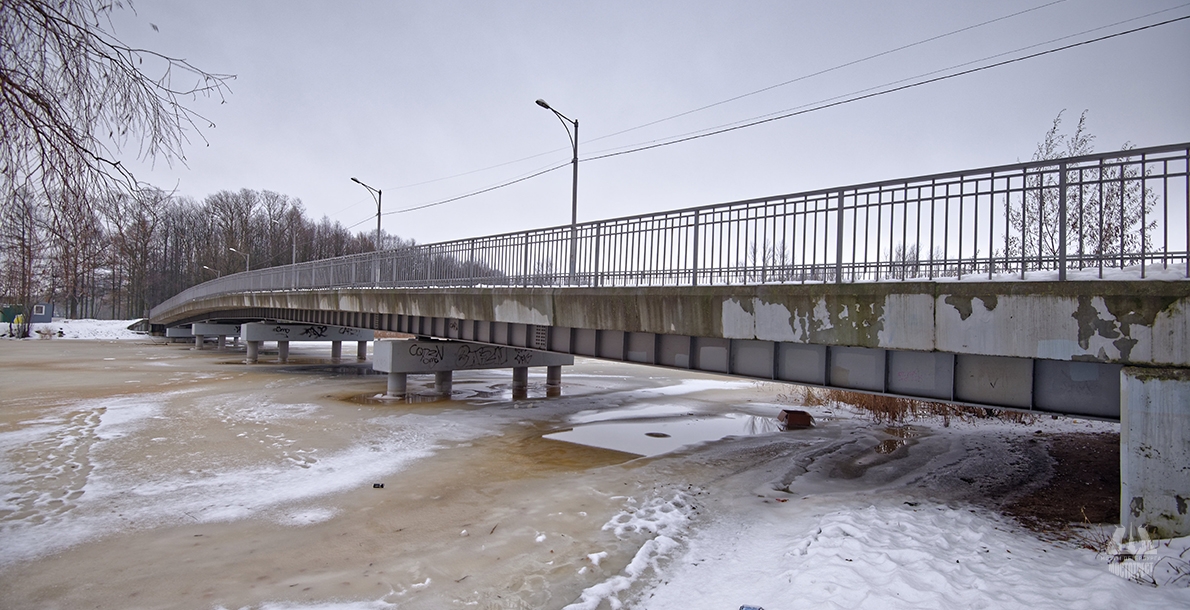 Bolshoy Chuhonsky Bridge is a pedestrian bridge in the Recreation Park in Kolpino; it spans the Izhora River spill.

It got the name from the old nickname of Baltic and Finnish peoples called Finn ("Chukhontsy") in the Novgorod land.

The Izhora River Spill appeared in the beginning of the XIX century when the river view was changed during the reconstruction of Izhora Plants. In 1806 a dam was built which blocked the Izhora river bed and created its spill not only in Kolpino, but upstream up to Yam-Izhora.

The bridge was built in 1972 by the efforts of the SU-2 of Trust Lenmostostroy, according to design and estimate documentation developed by Lengiproinzhproject Institute.

The bridge is a seven-span truss structure on metal supports. Two metal split main I-beams interconnected by transverse U-sections are installed in the cross-section of the bridge.

Cross timber decking is laid on the main beams, and then double longitudinal wooden boards (they were completely replaced with new ones in 1995) are laid.

The bridge has double-row supports made of I-beams and metal tubes with wooden pile foundation.

The metal welded railings are installed on the bridge. The lighting is performed using standard lamps installed in alignment of the railing.

From the downstream side on the facade four pipes are fixed for laying of communication lines.

In 2002 vehicular traffic on the bridge was stopped, and the bridge became a pedestrian.