The Bridge over the Dudergofka River 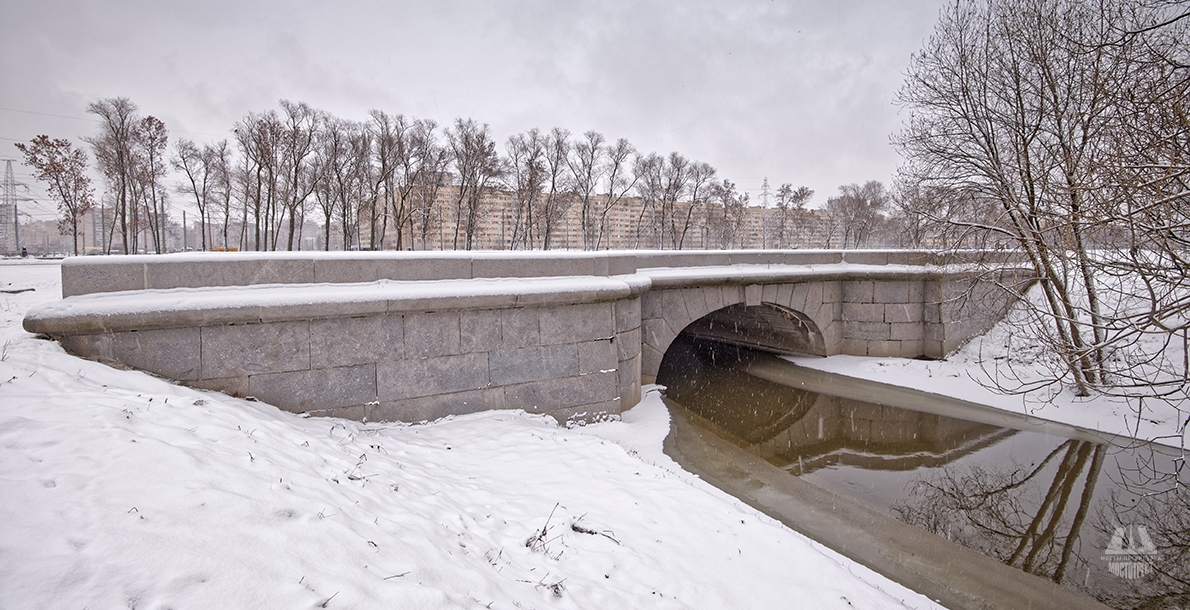 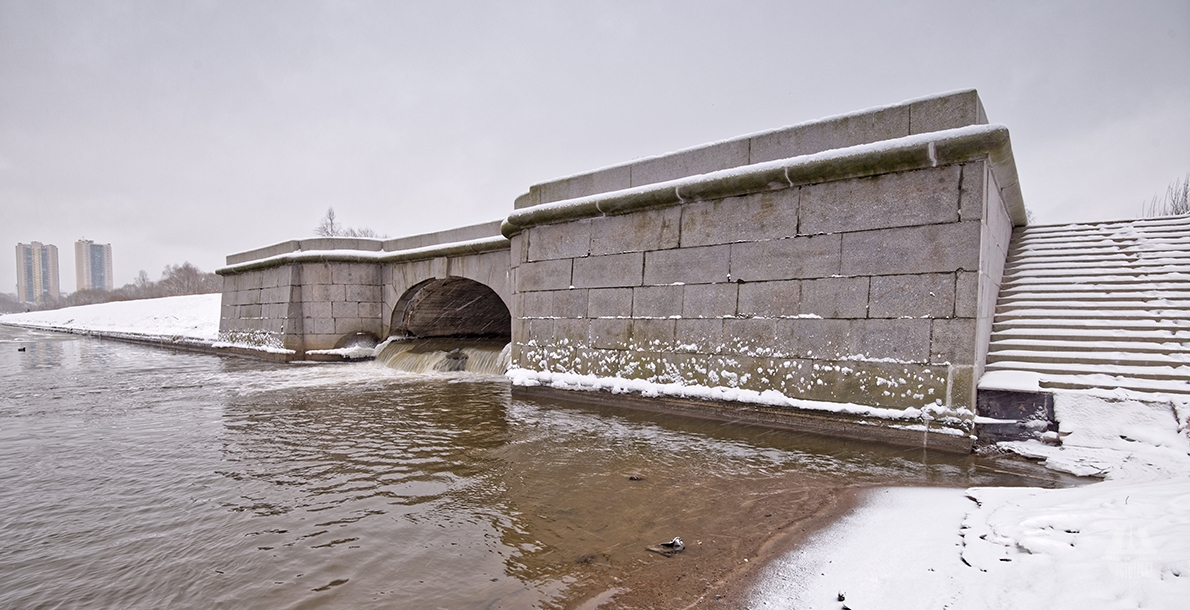 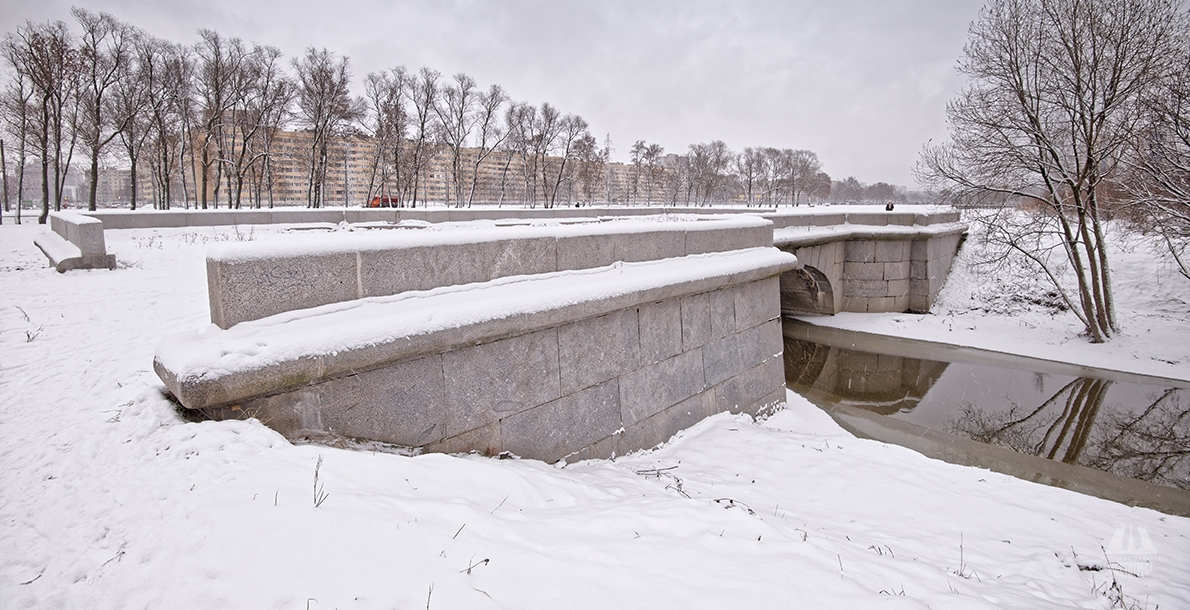 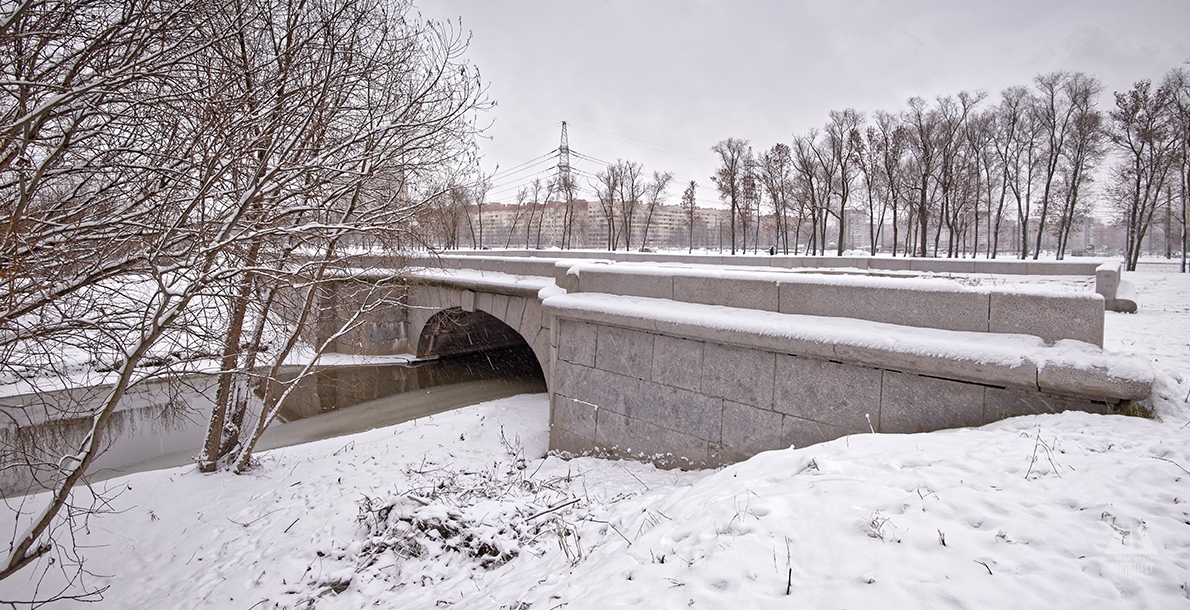 The Bridge over the new bed of the Dudergofka River (Polezhaevsky Bridge) is located within the territory of Polezhaevsky Park near to Petergofskoye Highway.

The history of the park begins since 1840 when the rich St. Petersburg Lieutenant-General G.G. Kushelyov purchased the Buxhoevedens’ estate with seven villages - Ligovo, Ivanovskoye, Staro-Panovo, Novo-Panovo, Sosnovka, Novo-Koyrovka and Novaya, and he invited the famous architect A.I. Stackenschneider to rebuild the country house. At this particular time the development of the English landscape park was started, and a network of paths and alleys was created.

Construction of the bridge was a part of the project of the Dudergofsky Canal area development drawn up by engineer A.A Sokolov of Lengiproinzhproject. The Administration of capital construction No.6 Glav-UKS of Glavleningradinzhstroy was the Customer of the project.

The bridge abutments are massive reinforced concrete ones on pile foundation and faced with granite.  The length of the bridge is 30 meters, its width is 16.8 meters. The bridge is designed for pedestrians with the possibility of the passage of the unit load NC-30. The railing in the form of granite parapet is installed on the bridge. There is an asphaltic concrete pavement.

The bridge was built by efforts of SU-3 of Trust Lenmostostroy under the direction of Chief engineer V.P. Belashov and foreman L.A. Levkin.