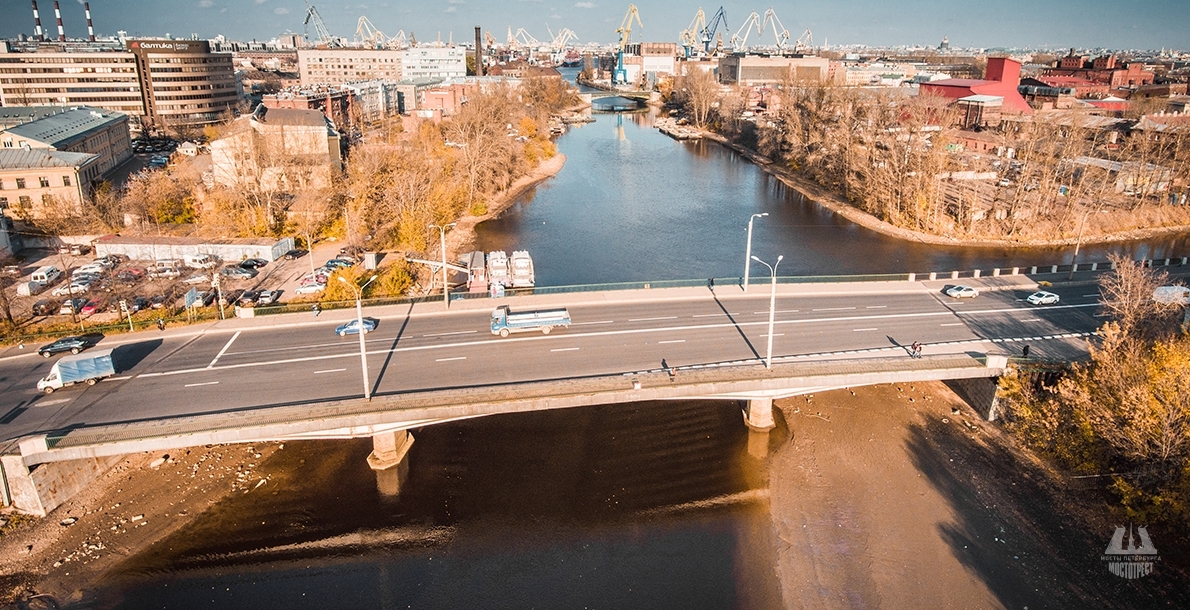 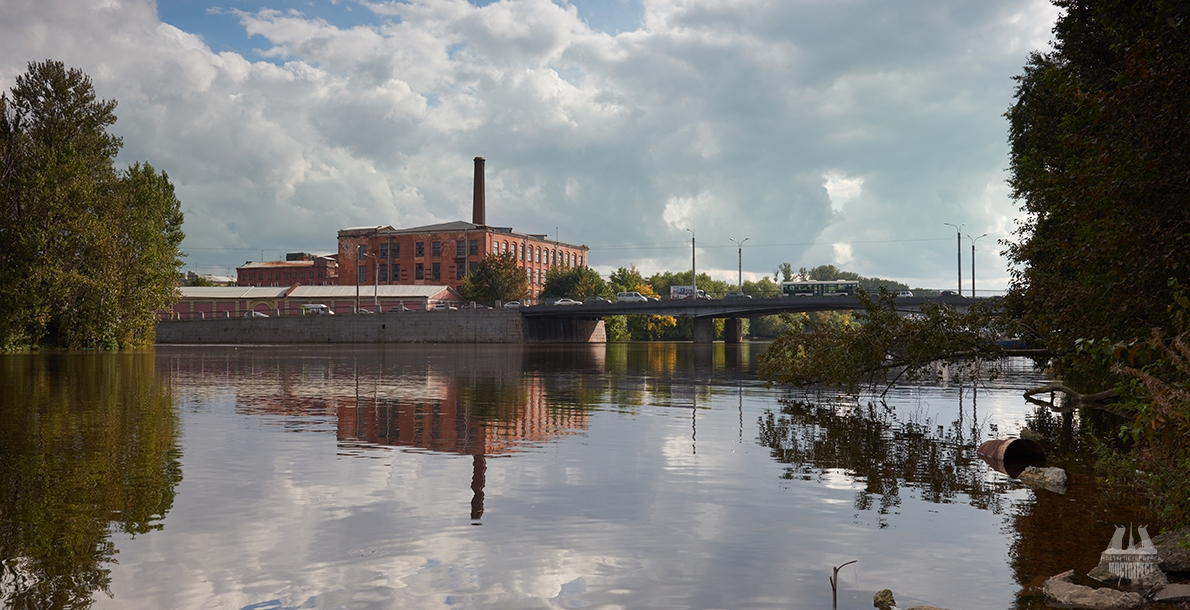 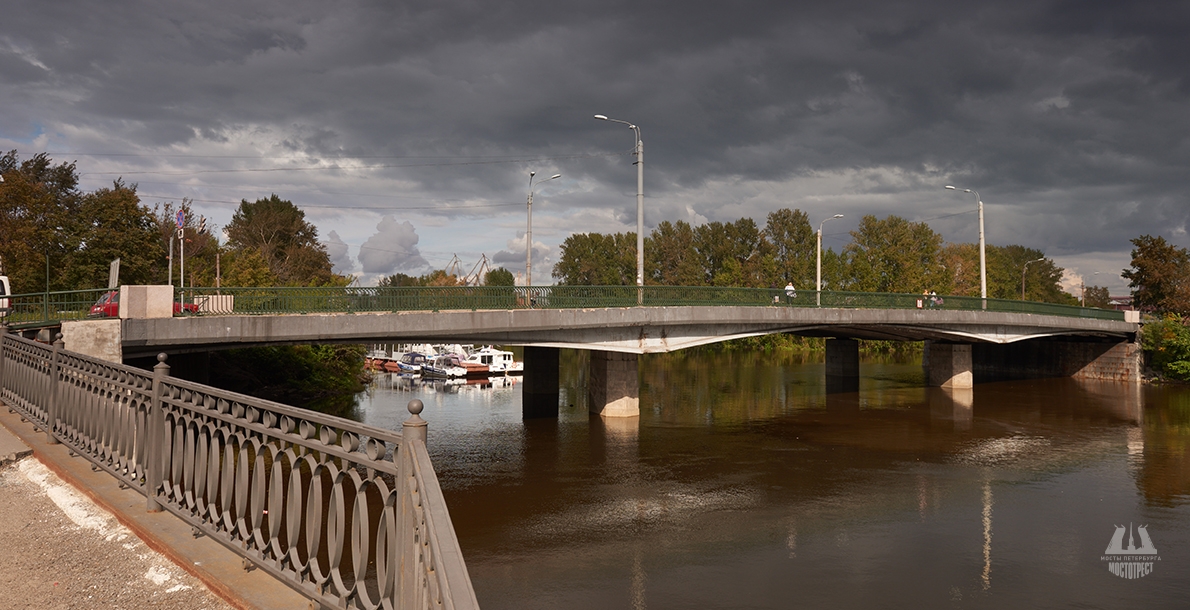 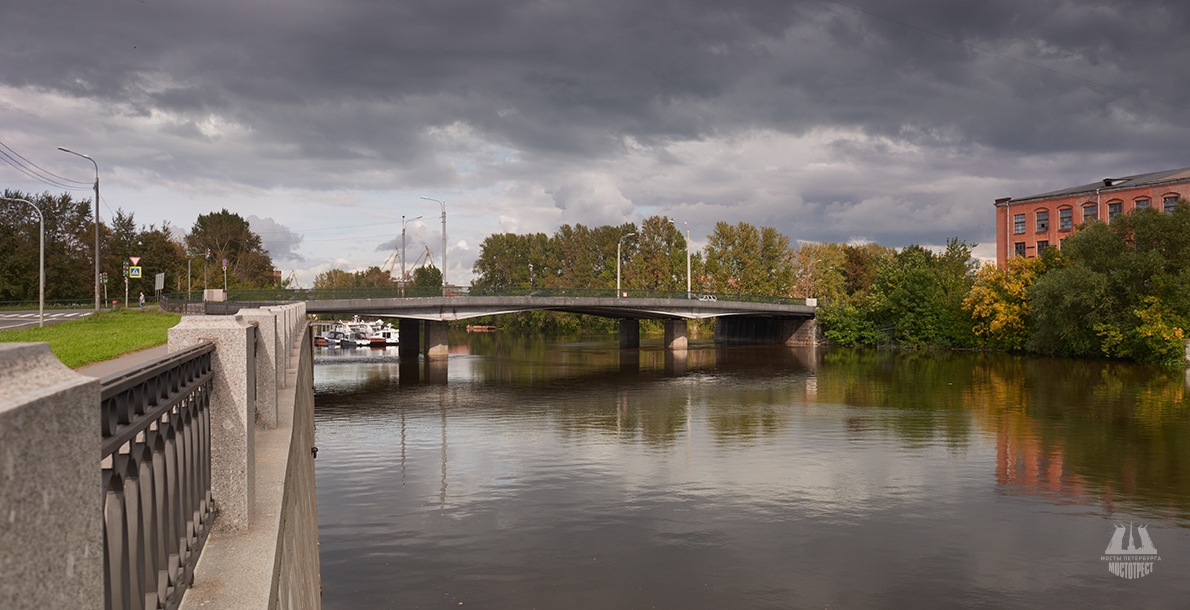 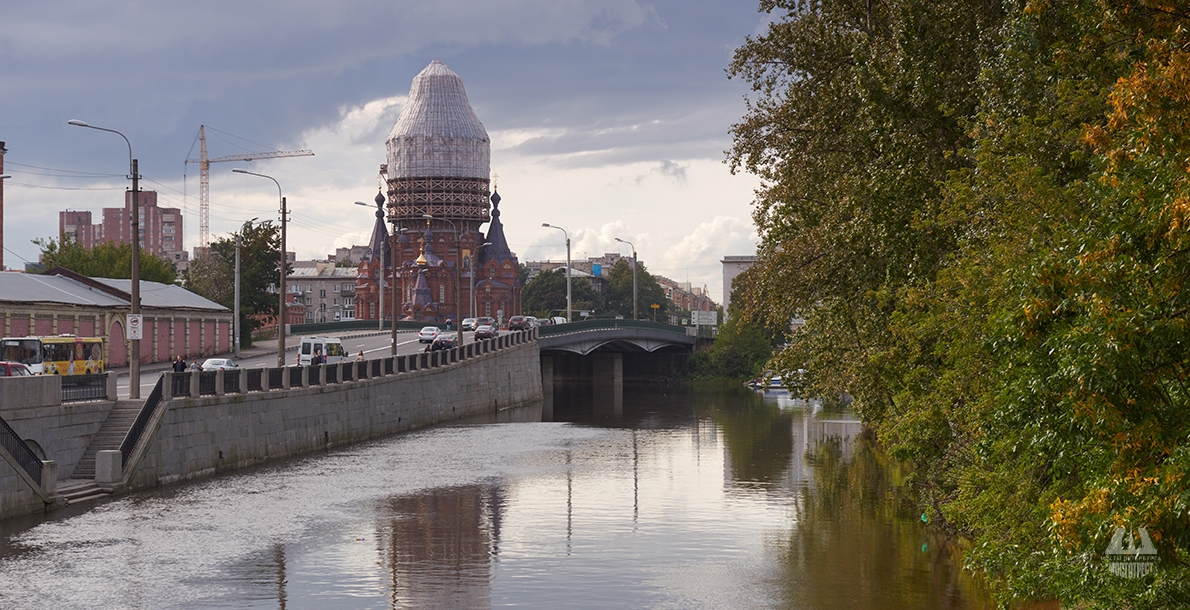 Gutuevsky Bridge is the bridge over the Ekateringofka River, connecting the even (southern) side of the Obvodny Canal Embankment and Dvinskaya Street (former Dinaburgskaya). The first bridge on the place of the modern Gutuevsky Bridge appears in 1827 — Seldyanoy pontoon. It connected the territory of developing Gutuevsky Island with other part of the city. The bridge received its modern name from the surname of a merchant-ship builder Konan Gutuev, in which property in the XVIII century were also Gutuevsky Island and a crossing.

In 1928 the wooden draw superstructures in central spans were replaced by metal riveted simple ones.

In 1949, under the project of the engineer V.V. Blazhevich of Lenmosttrest, it was rebuilt in nine-span with draw span in the middle of the bridge. The superstructures were replaced by new metal ones. The draw span supports were equipped with metal frames. It was raised using the drive. The bridge length was 105.8 meters, width - 18.5 meters. In 1960s the tram tracks were laid on the bridge (removed in 2003).

By the middle of 1970s Gutuevsky Bridge, which actually have never been repaired thoroughly, has come to an emergency condition, and it was decided to rebuild it. In 1979, under the project of the engineer I.P. Ladyshkin of Lengiprotransmost, a new bridge appeared which was made of reinforced concrete without draw span. The superstructure represents a three-span simple system. There are 14 beams in cross section connected on supports by reinforced concrete crossbars. The bridge has massive rock abutments on pile foundation faced with granite. The bridge has columnar abutments on high pile grillage faced with granite.

There is metal welded railing with cast iron inserts of a simple pattern. There are granite parapets at the entrances of the bridge.

Now the bridge became an important crossing for those vehicles which move down from the Western High-Speed Diameter to the Obvodny Canal Embankment.