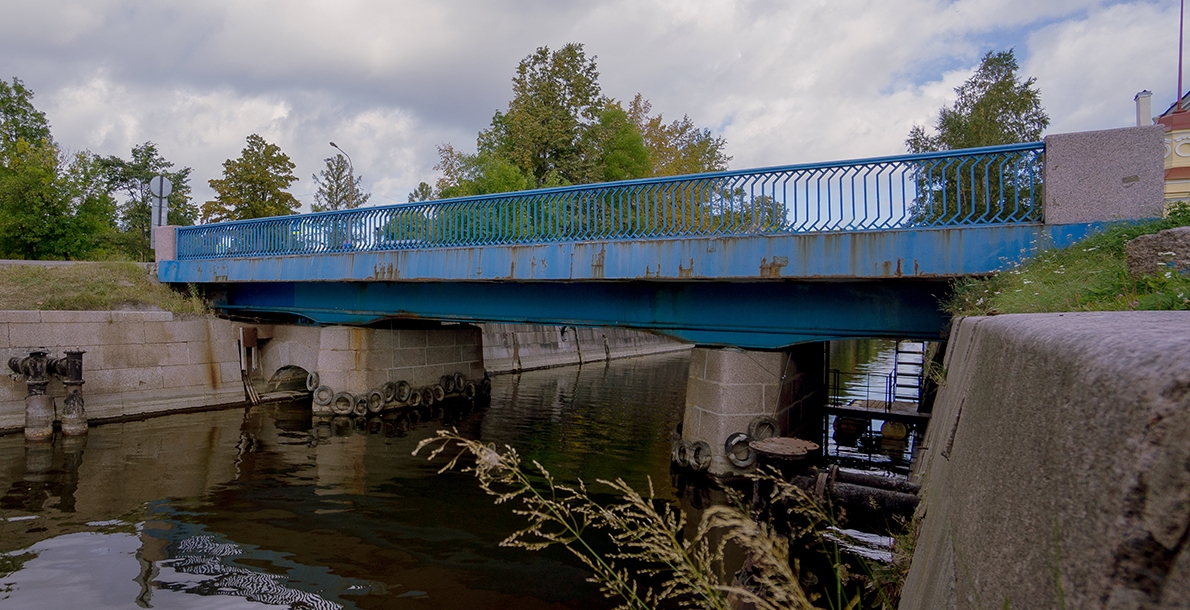 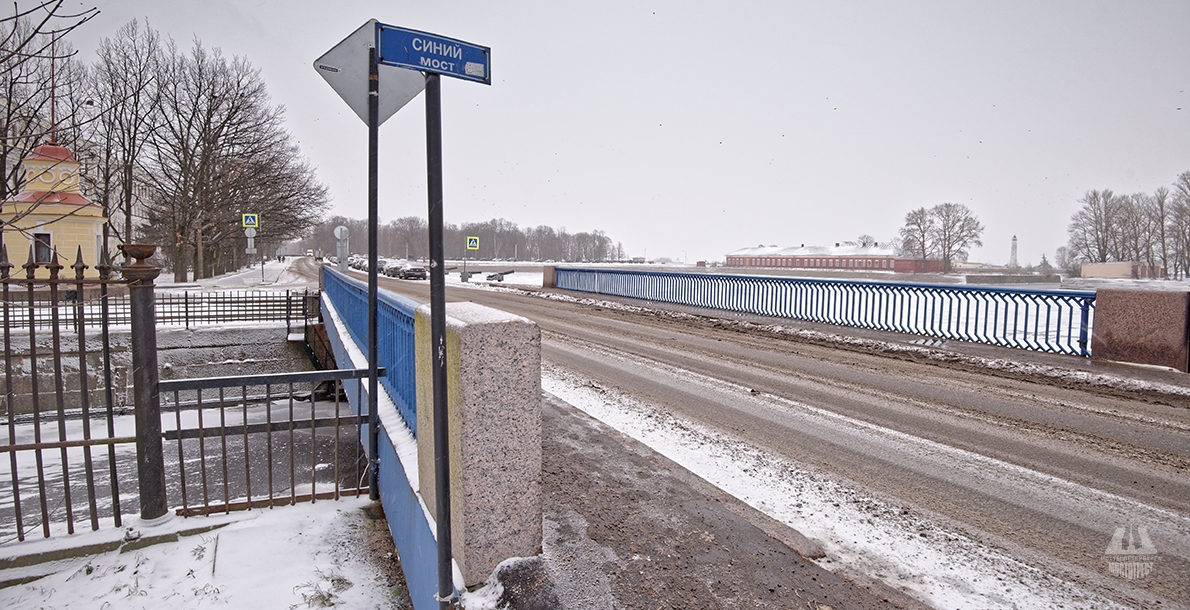 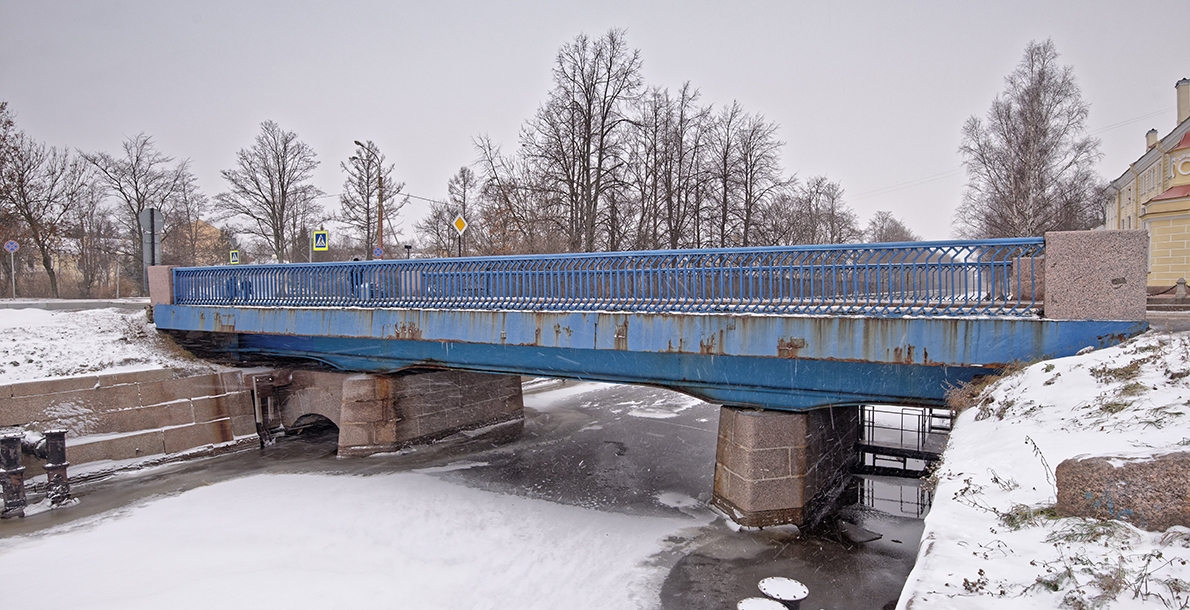 Blue Bridge is located in Kronstadt; it spans the Obvodny Canal (Kronstadt) in the alignment of Makarov Street. The bridge is designed for the traffic of cars and pedestrians.

This is a three-span bridge on massive supports faced with granite.

The reinforced concrete slab of the roadway is laid in the upper zone of facade beams.

There are metal (cast iron) blue railings moulded by the models of railing of Krasnogo Kursanta Bridge in St. Petersburg over the Zhdanovka River.

Blue Bridge got its modern appearance in 1964. According to the information kept in the archives, a metal draw span structure, built probably in the XIX century, was the basis for the bridge. The draw span mechanism with a counterweight was installed in the space covered by vault between the left bank of bridge and intermediate support.

During the reconstruction of the bridge, carried out in 1964 by the efforts of the SU-2 of Trust Lenmostostroy the bridges roadway and walkways was broadened by the installation of additional facade beams.

The Kronstadt staff gauge is attached to abutment of Blue Bridge; all depths and heights were measured from zero level of this staff gauge throughout the entire territory of the former USSR. The staff gauge was installed in 1840 according to proposal of hydrographer M.F.Reyneke. In 1898 a self-recording automatic device – mareograph was mounted on it.

On the north part a bronze memorial plate is installed. “3.67 m. 1824”. This is water level at floods described in Bronze Horseman by A.S. Pushkin.

On the wall of the Obvodny Canal near Blue Bridge a monument to tiddler as the Siege fish was fixed.