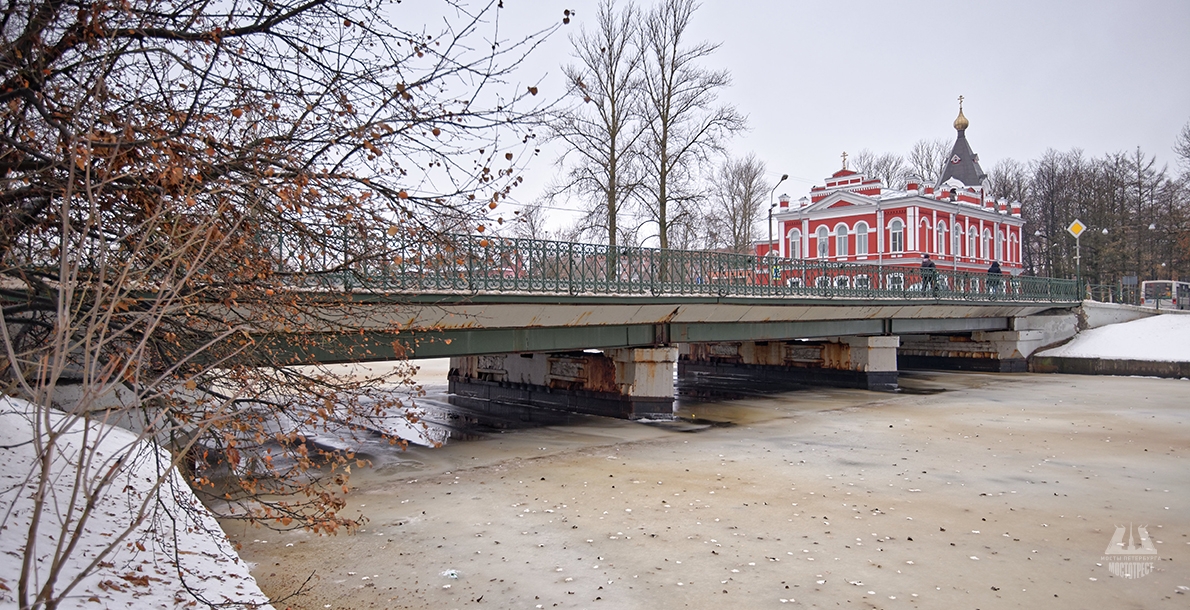 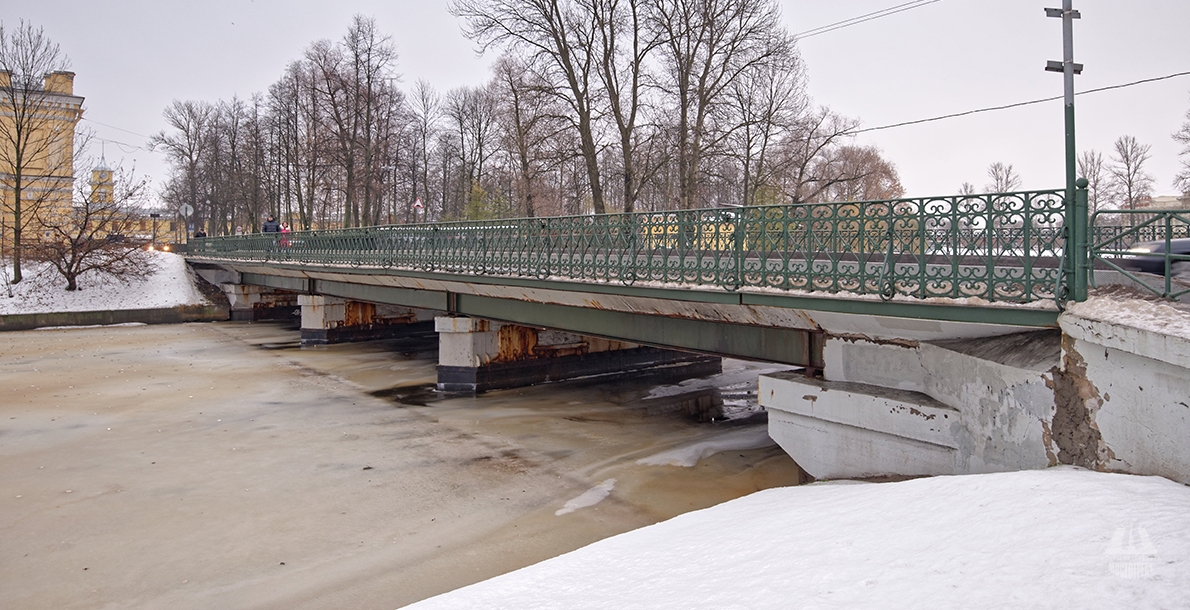 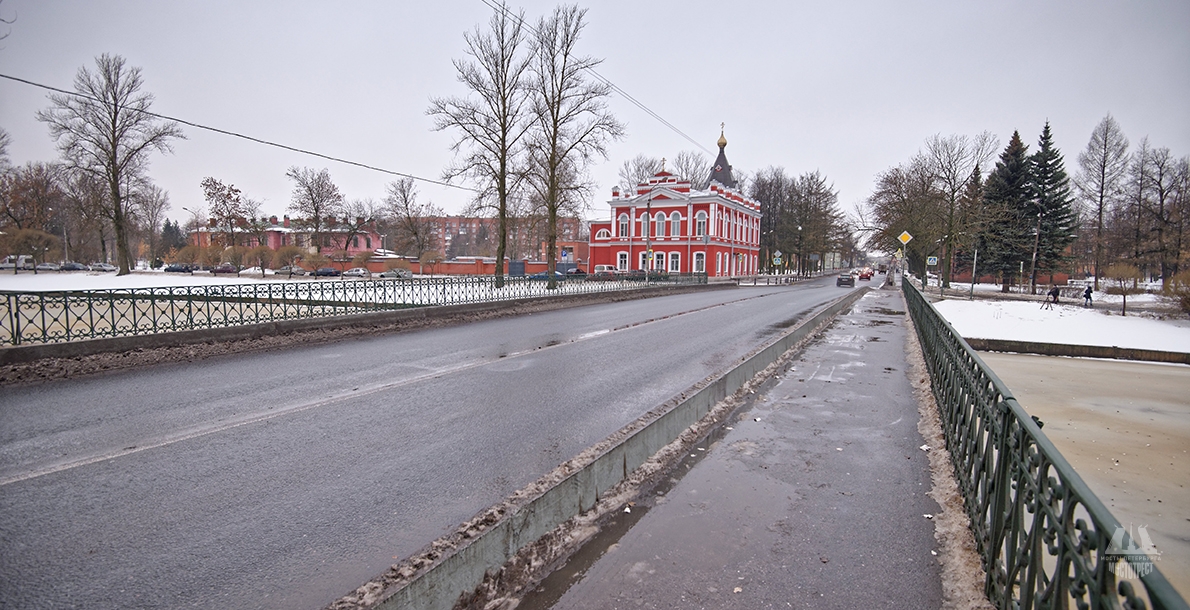 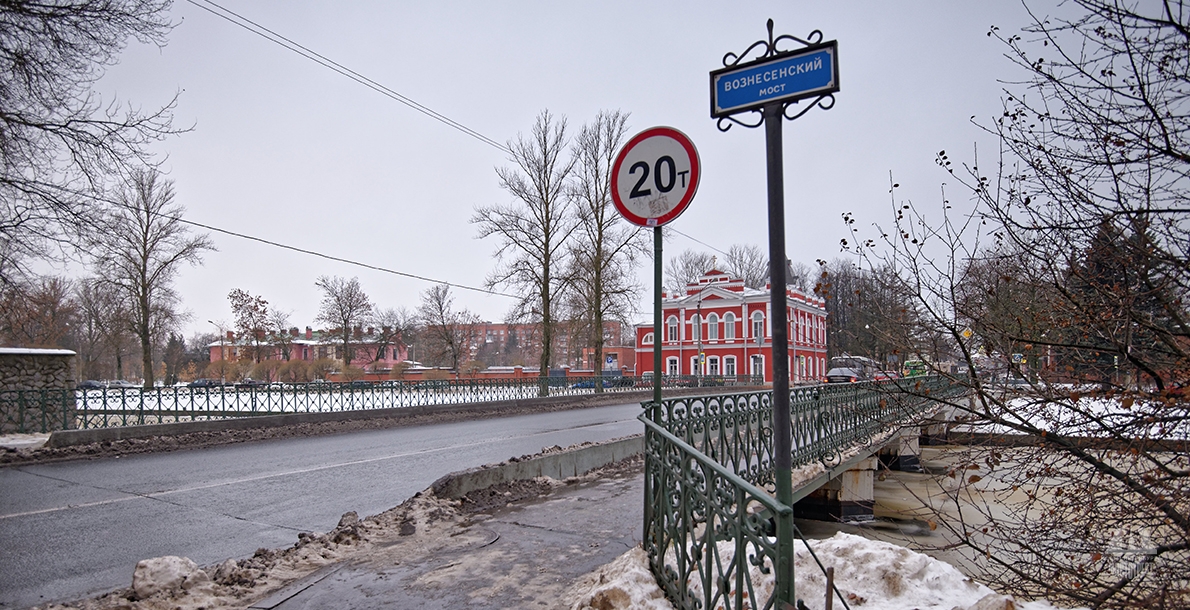 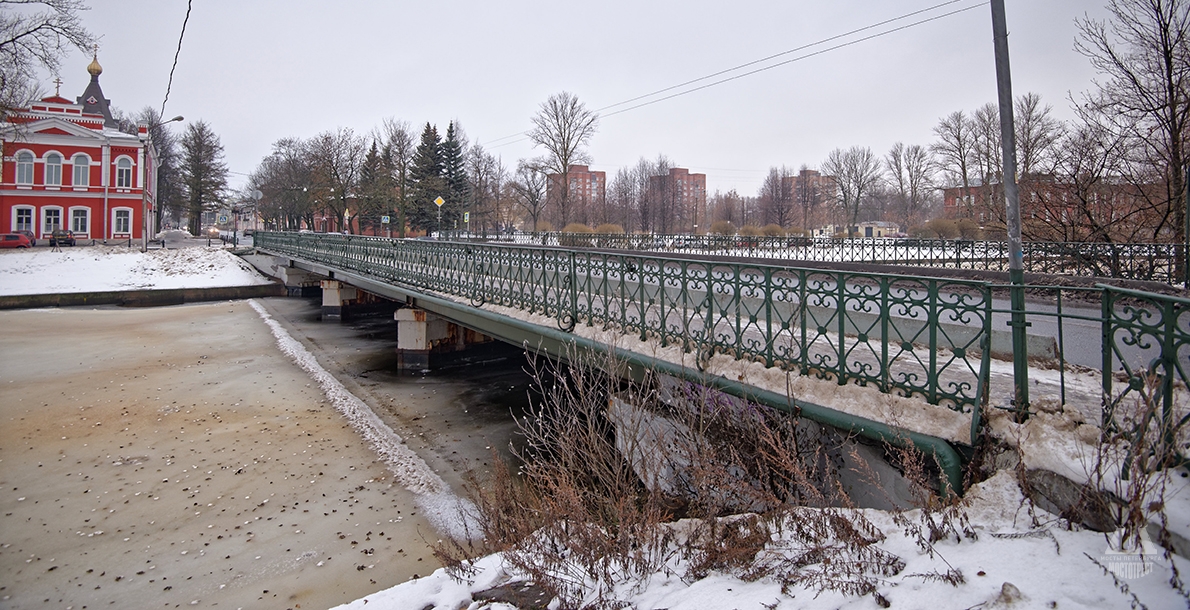 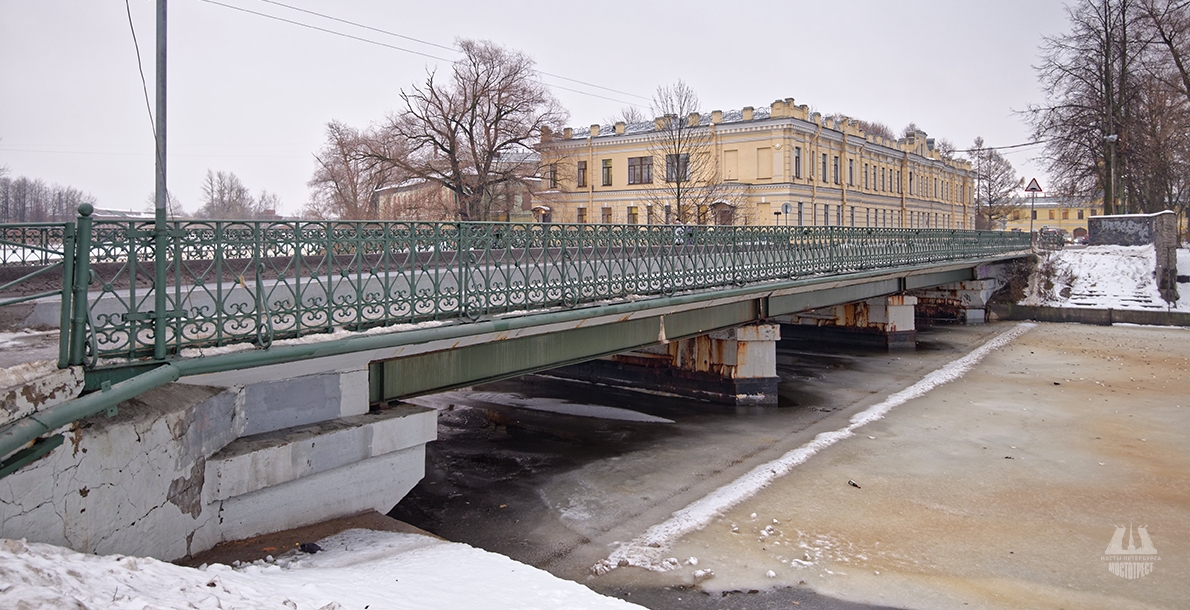 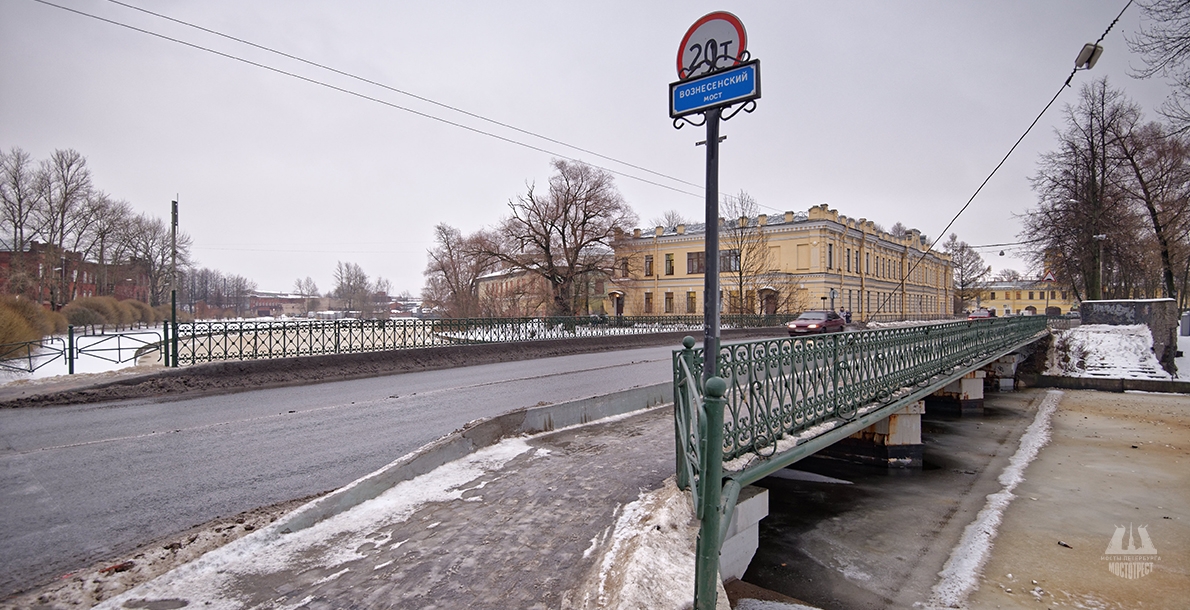 The bridge is located on Lenina Prospect in Kolpino and spans the Sovetsky Canal (old name – Polukrugly).

This is a highway beam three-span bridge with metal spans and reinforced concrete slab of the roadway. The spans consist of eight beams, four of which - riveted beams - are remained from the construction of the bridge built in 1947. For the purpose of widening the bridge, in 1961, from the upstream and downstream sides two rolled I-beams, reinforced by belts metal sheets, were added to the riveted beams. As a consequence, the bridge support were rebuilt. From above concrete paving blocks combined with the existing monolithic roadway slab were laid on the newly installed beams.

There are stone bridge supports in metal jacket. The bridge seatings are constructed of reinforced concrete, the abutmants wings – stone masonry plastered with cement mortar.

The roadway and the sidewalks are covered by asphalt concrete. The railings are figured metal forged gratings. In 1986 according to the documentation of design department of Lenmosttrest reinforced concrete block fences were installed on the bridge instead of the granite curb.

The bridge was built in 1947. No records have been found on the design and construction organizations in the archives.

It is known that in 1961 according to documents developed by the Lengiproinzhproject Institute (author Rosenfeld E.E.) by the efforts of SU-2 of Trust Lenmostostroy the bridge overhaul and its widening from the both sides were performed.

The modern name was given to the bridge on July 3, 2012 by the name of the Church of the Ascension located nearby.