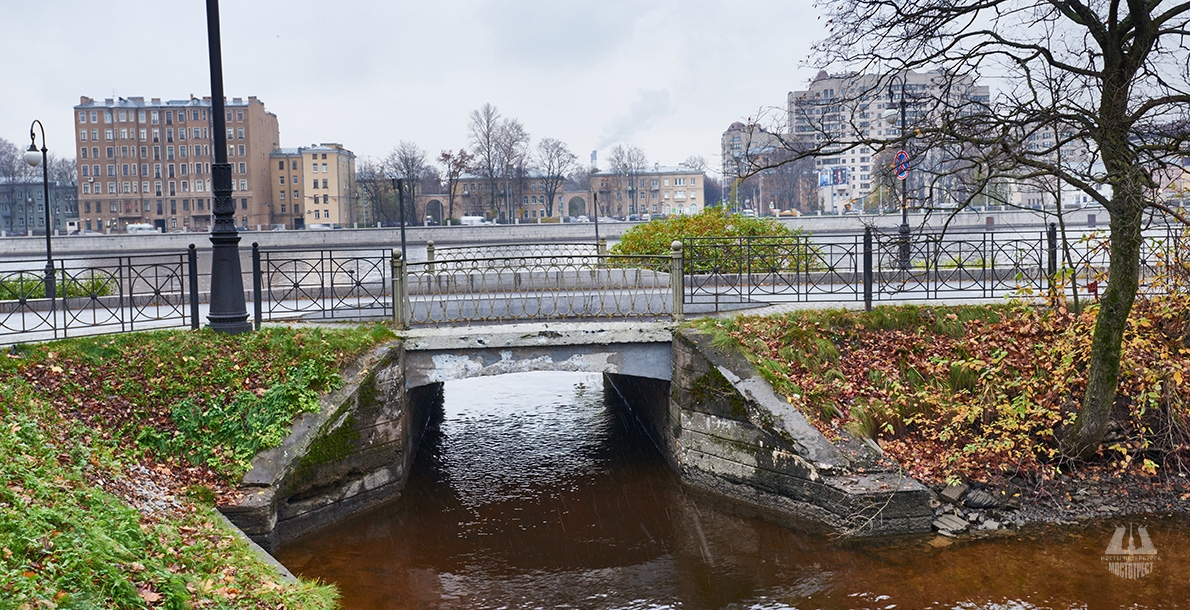 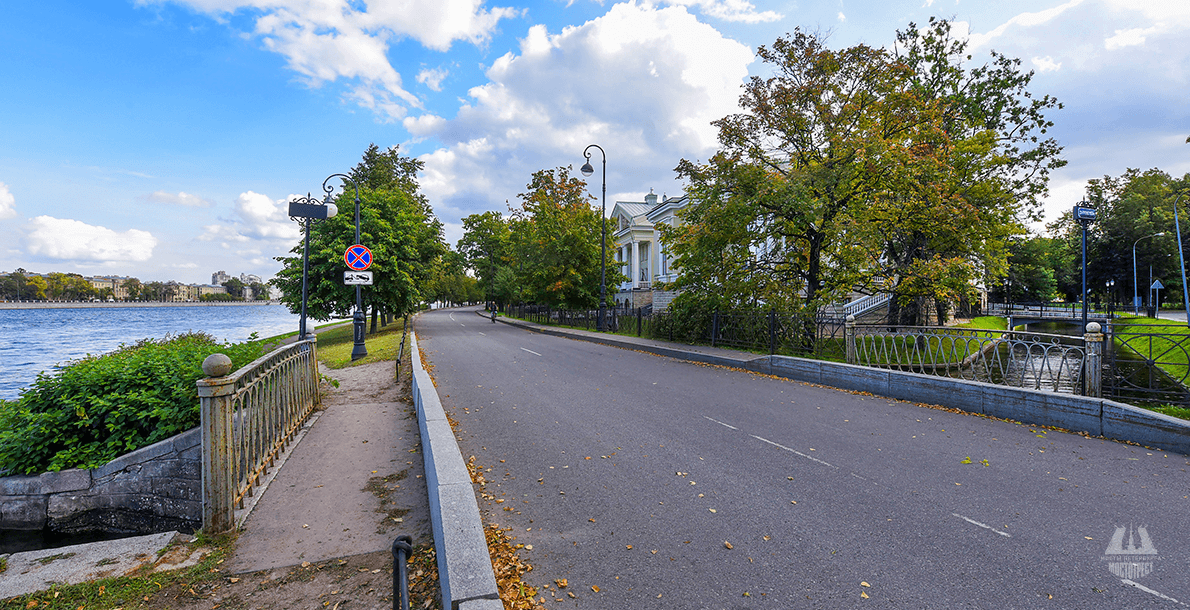 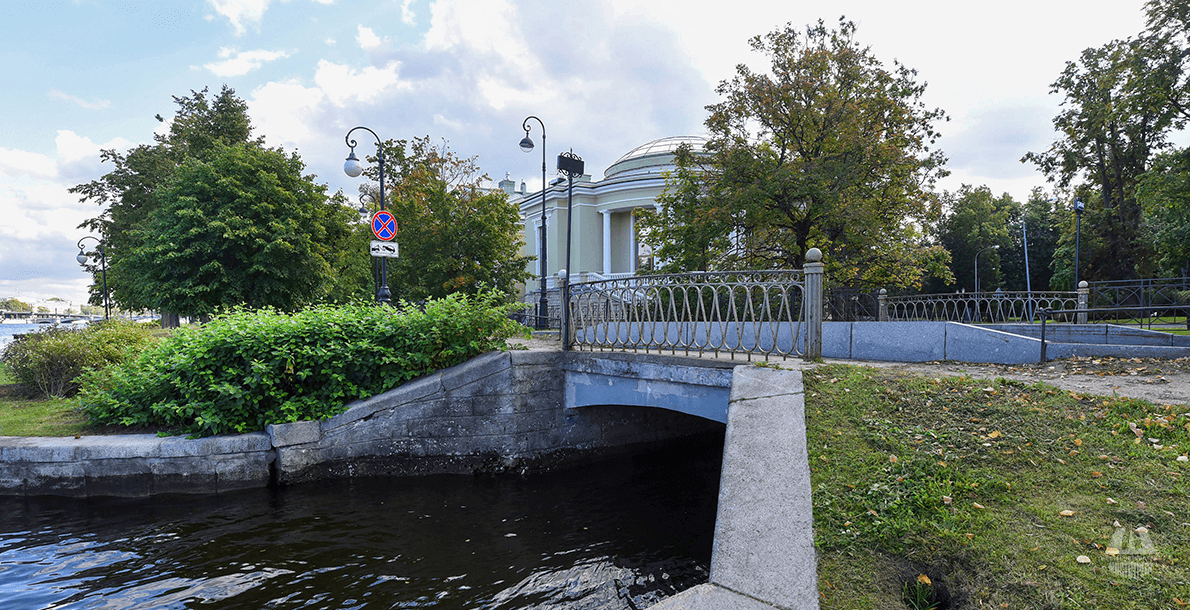 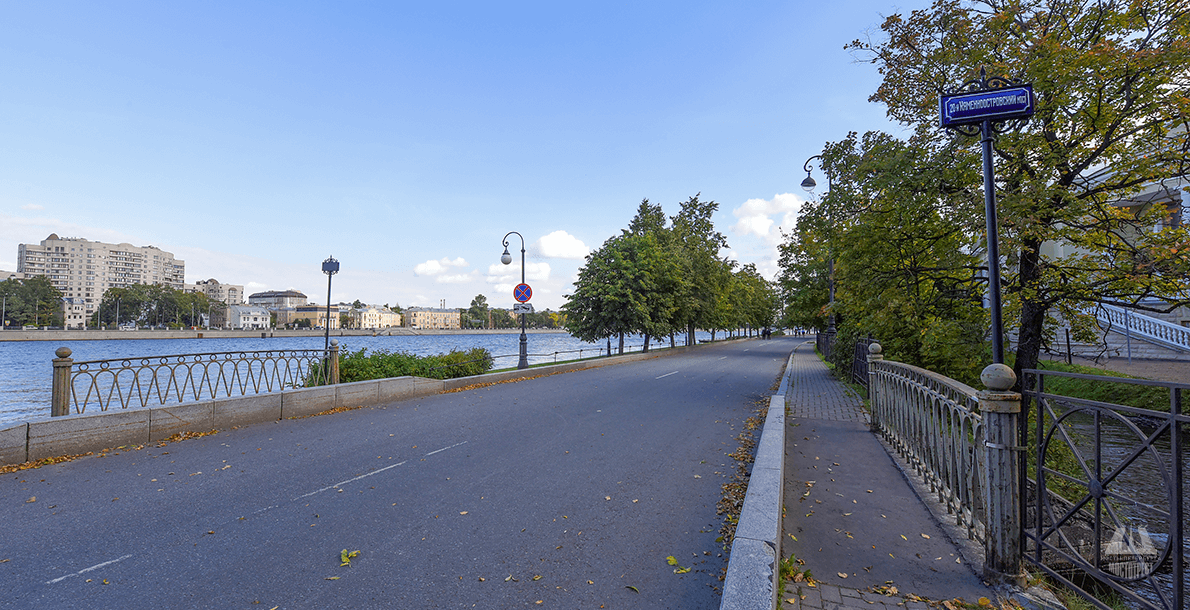 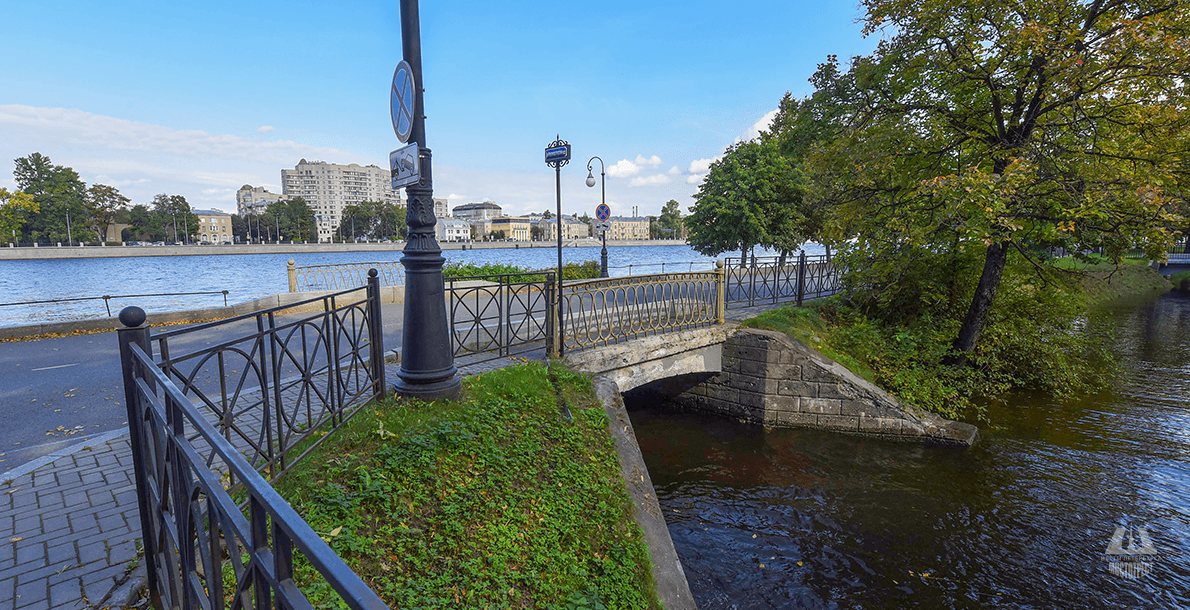 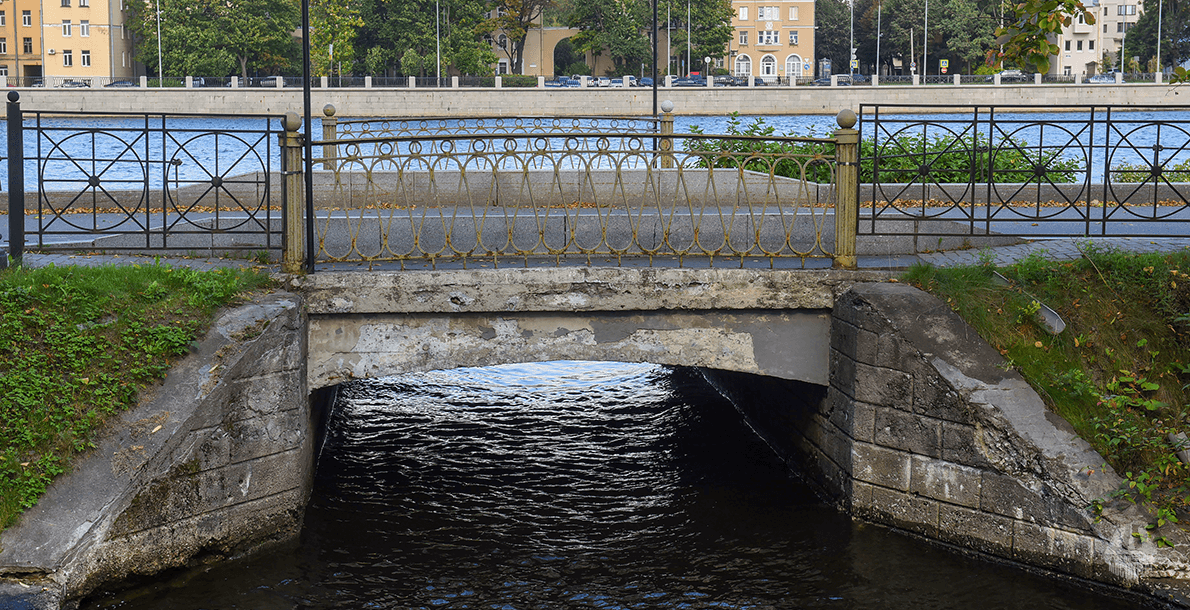 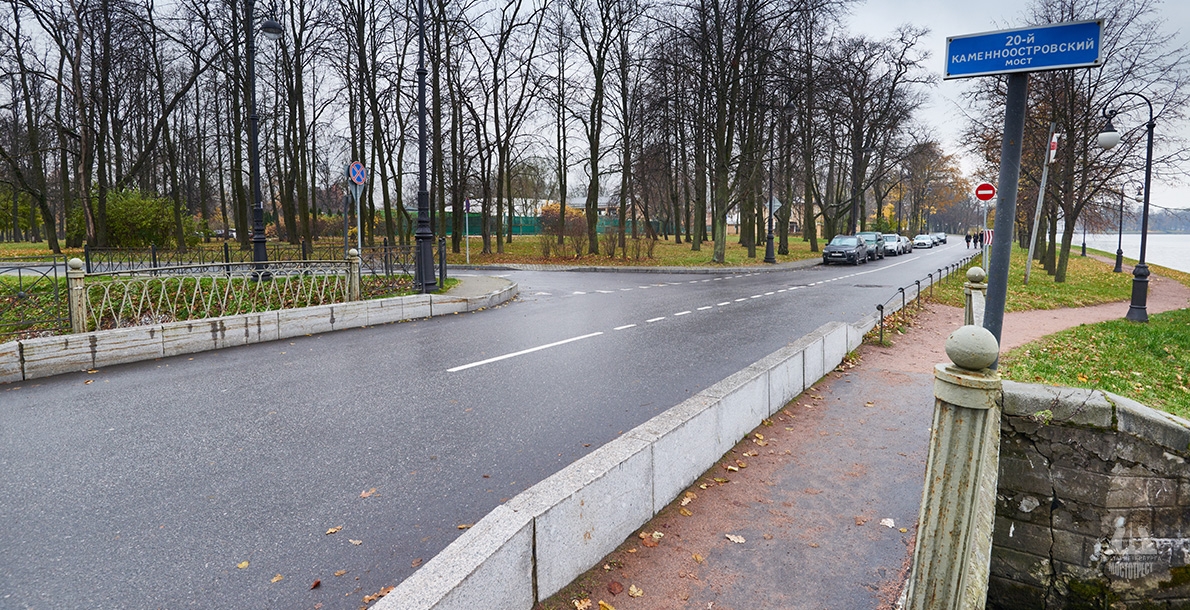 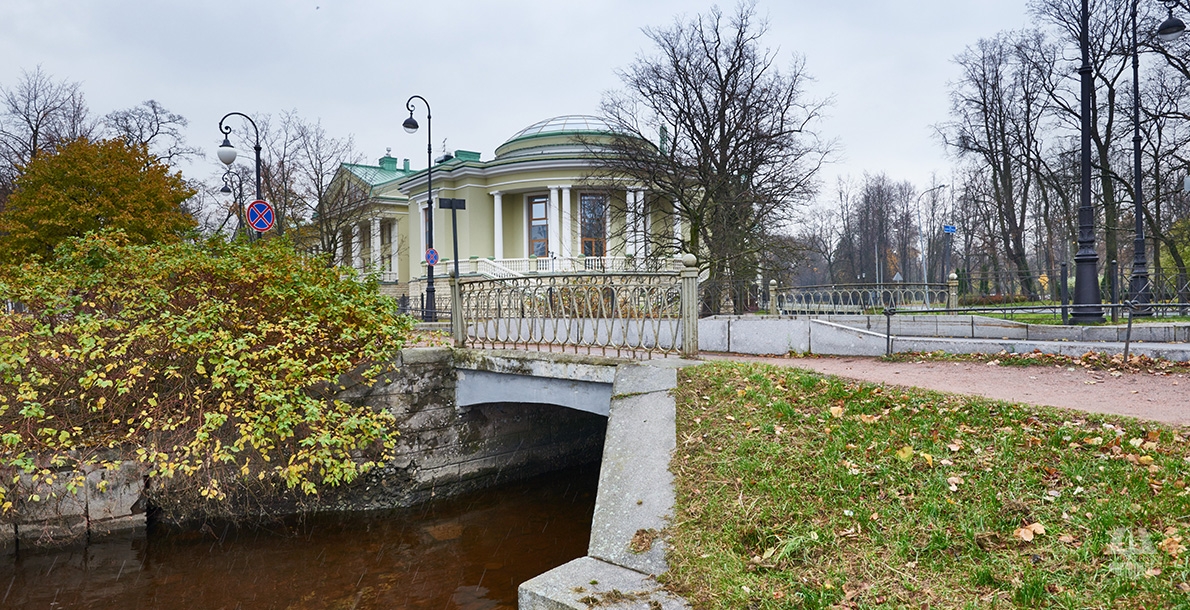 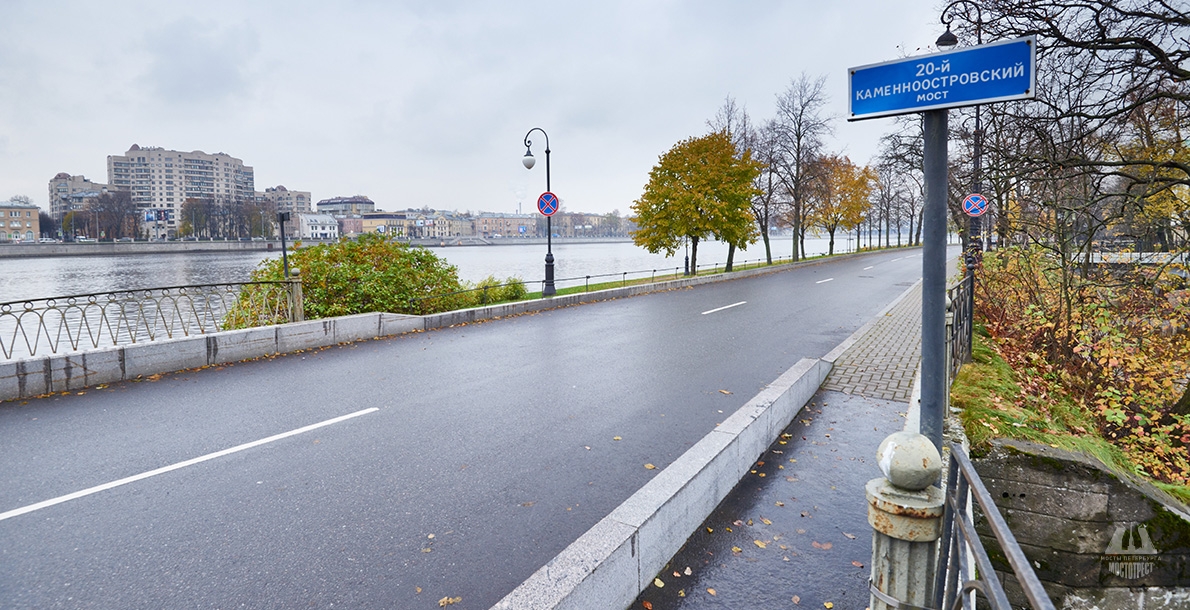 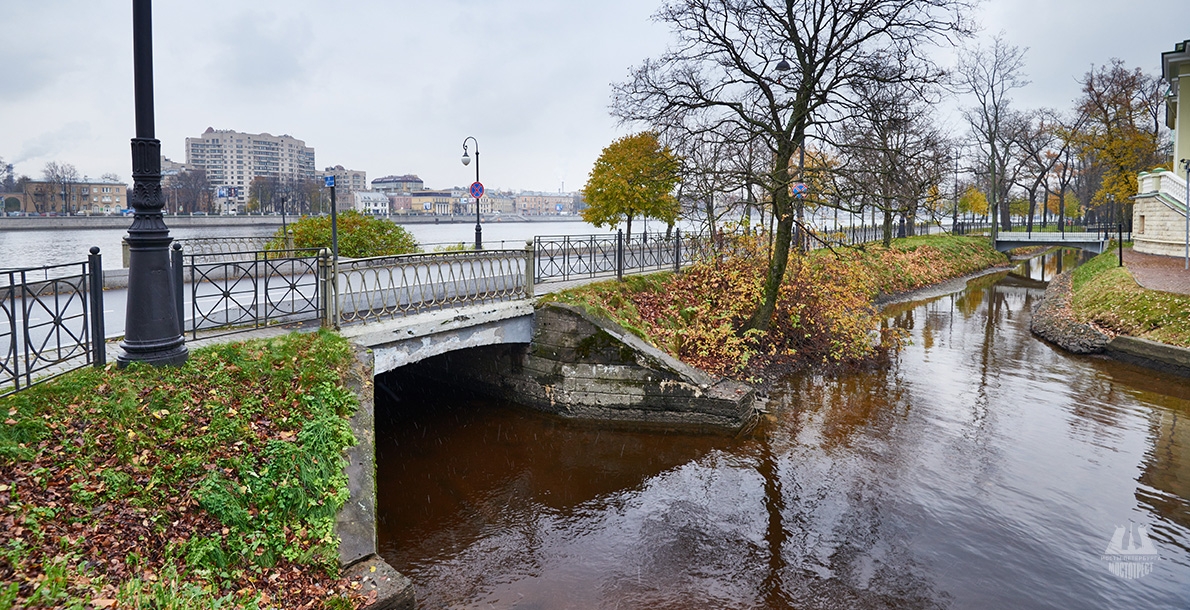 In 1937-1938 the 20th Kamennoostrovsky Bridge, as well as other ones, was disassembled due to the need to clean and dredge the flow path. After the canal cleaning the bridge was replaced with a new similar three-span structure.

In 1951-1952 the wooden bridge was rebuilt in a single-span reinforced concrete bridge of simple system, slab with decorative lugs on supports under the project of engineer V.V. Demchenko of Lengiproinzhproject.

The railing consists of metal welded gratings of a simple pattern. The bridge is designed for the traffic of cars and pedestrians.

The bridge was built by efforts of Lenmostostroy.

The 20th Kamennoostrovsky Bridge overlooks the Bolshaya Nevka River and Primorsky Prospect. Taking a closer look, one can see the building of Military and Naval Academy from the bridge. And behind oneself there will be Kamenny Island trees going into the Quiet Rest Park.