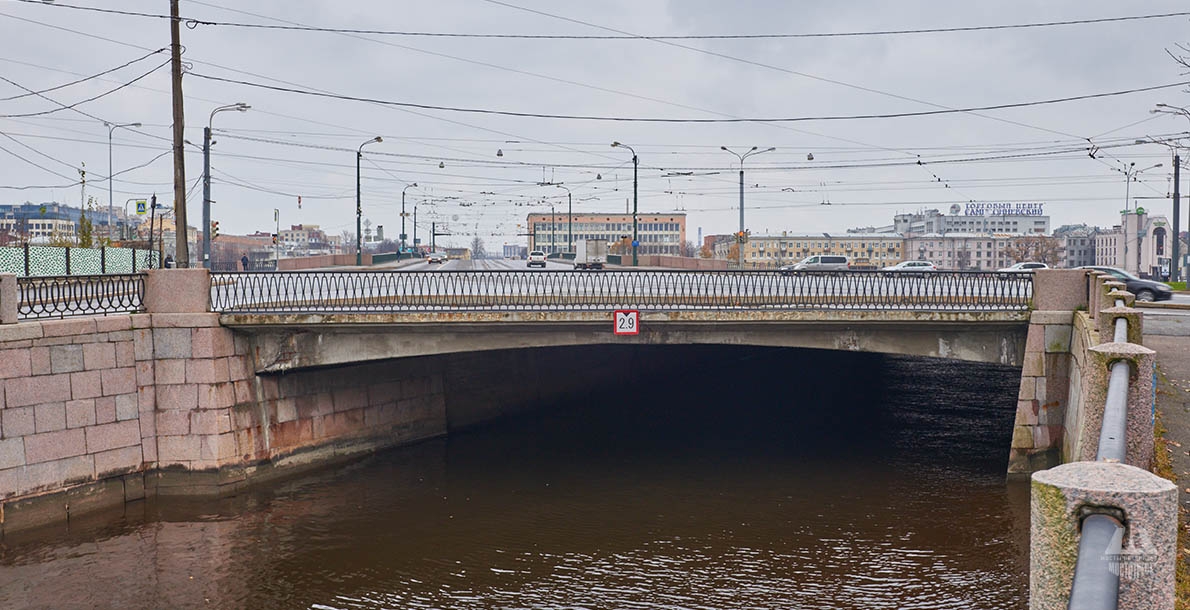 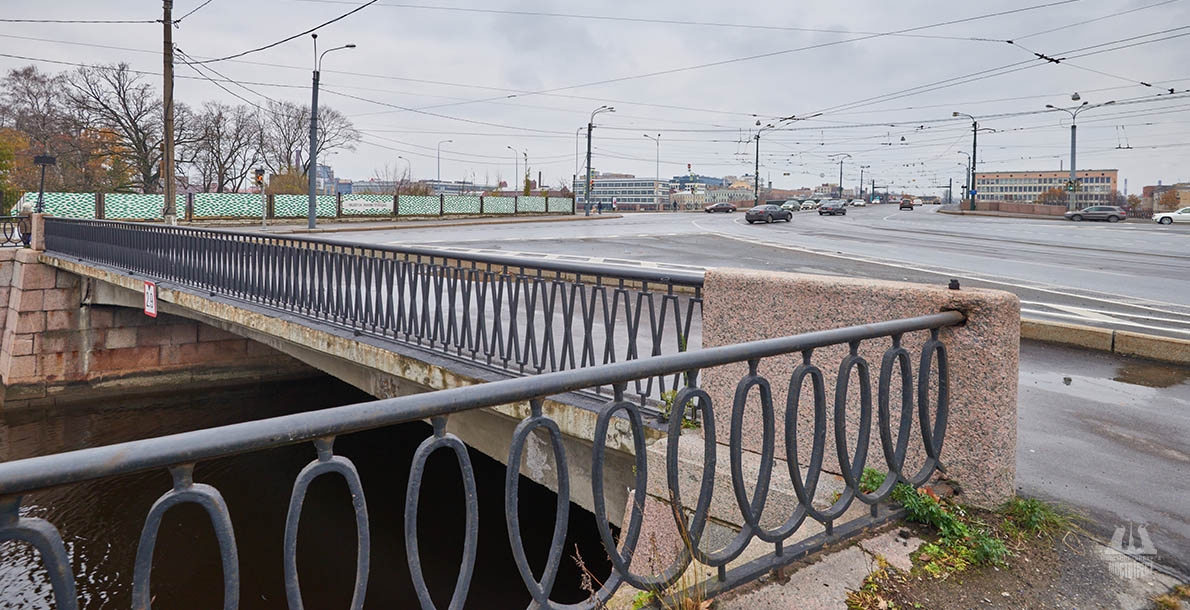 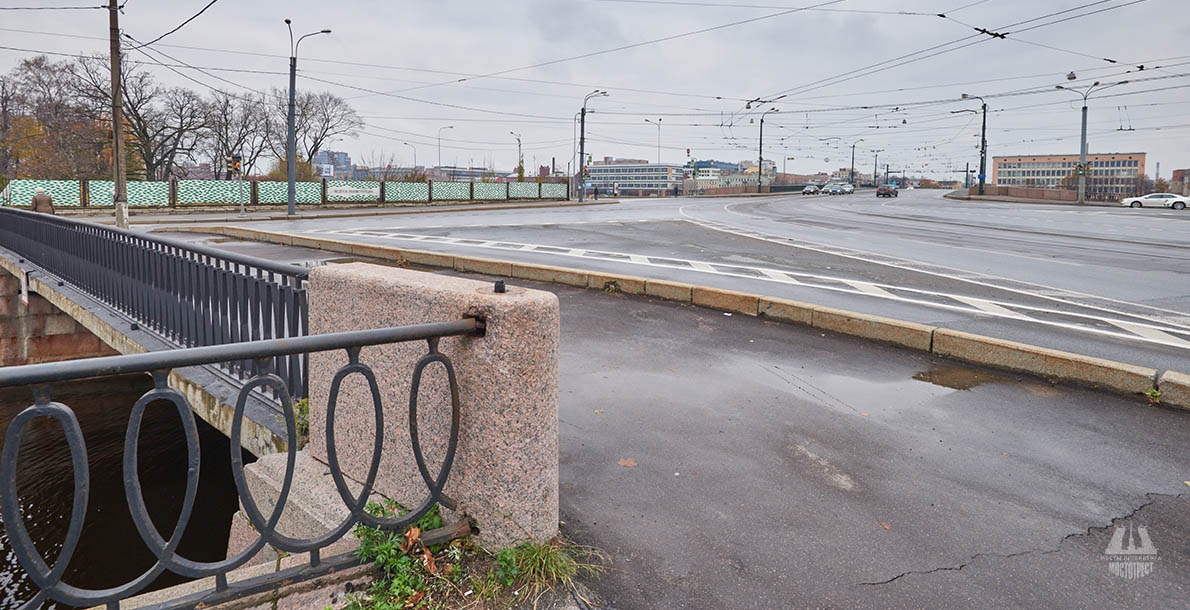 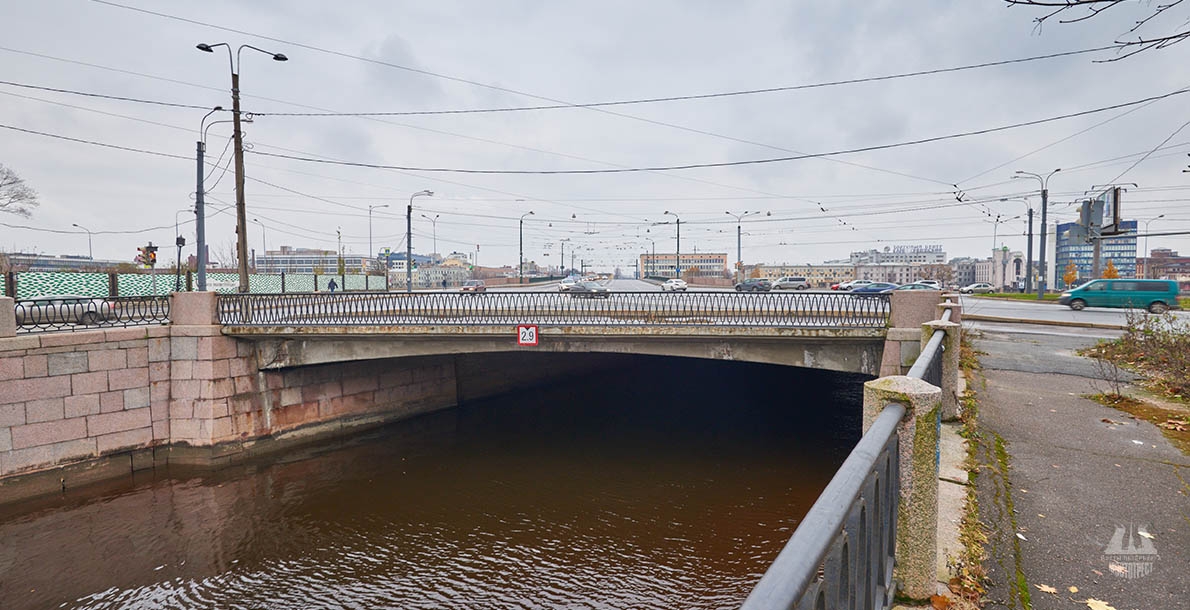 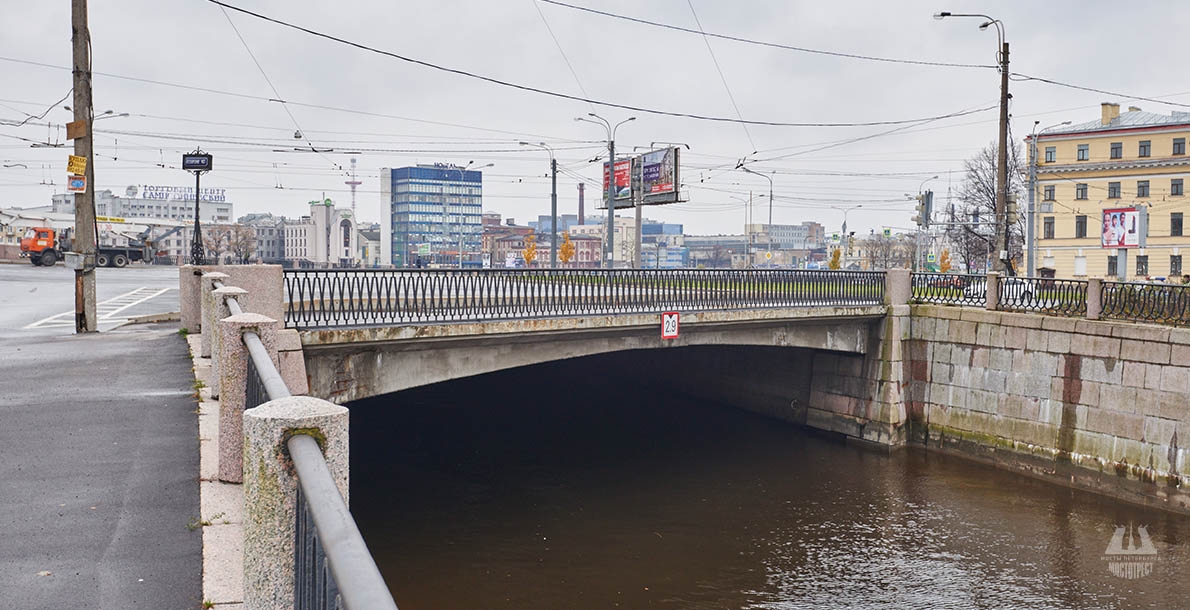 Aptekarsky Bridge is located on the left bank of the Bolshaya Nevka. Its name comes from the Aptekarsky Garden that existed in the XVIII century on the similarly-named island.

In 1946 after the next repair the central span was covered by metal superstructure. Wooden railings were replaced by welded metal one. Abutments, supports and superstructure of the bridge were still made of wood. The bridge length was 26.6 meters, and width - only 12.7 meters.

In 1970-1971, in connection with the reconstruction of Grenadersky Bridge, a wooden bridge was rebuilt in a single-span concrete composite bridge.

The bridge superstructure from the Bolshaya Nevka is a three-hinged arch with facade faced with granite, and superstructure is designed as a continuous arch. The length of this part of the bridge is 28.75 meters.

The superstructure from the side of the Karpovka River represents three-hinged frame of unified concrete blocks. The length of this part - 22.3 meters.

The bridge abutments are massive reinforced concrete ones on pile foundation and faced with granite. This is a slope bridge with the slope angle of 61 degrees.