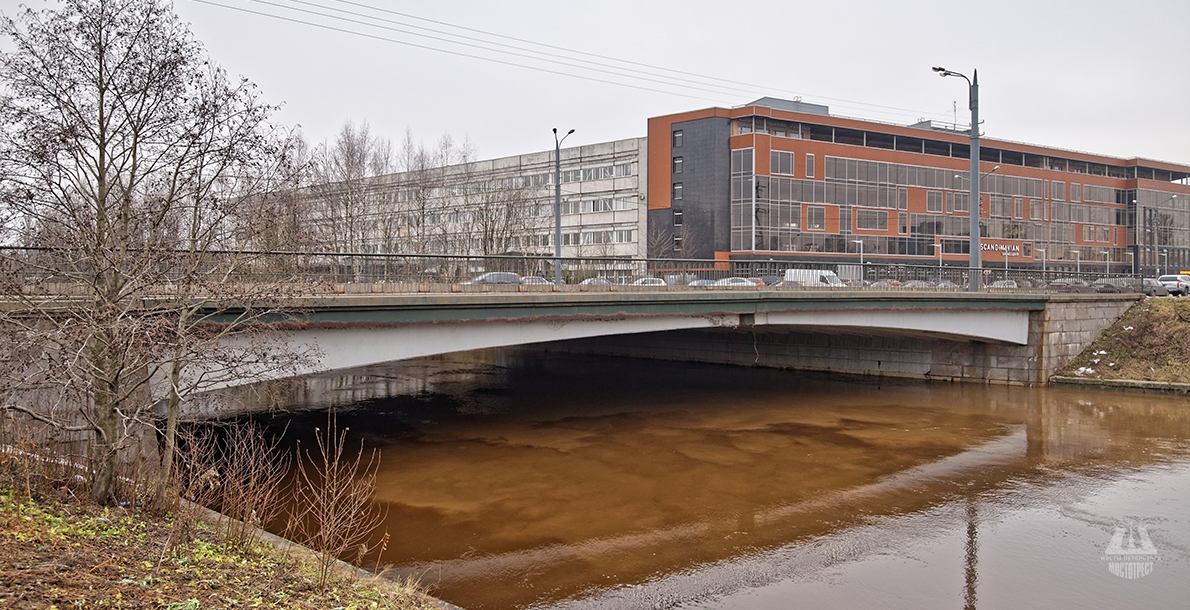 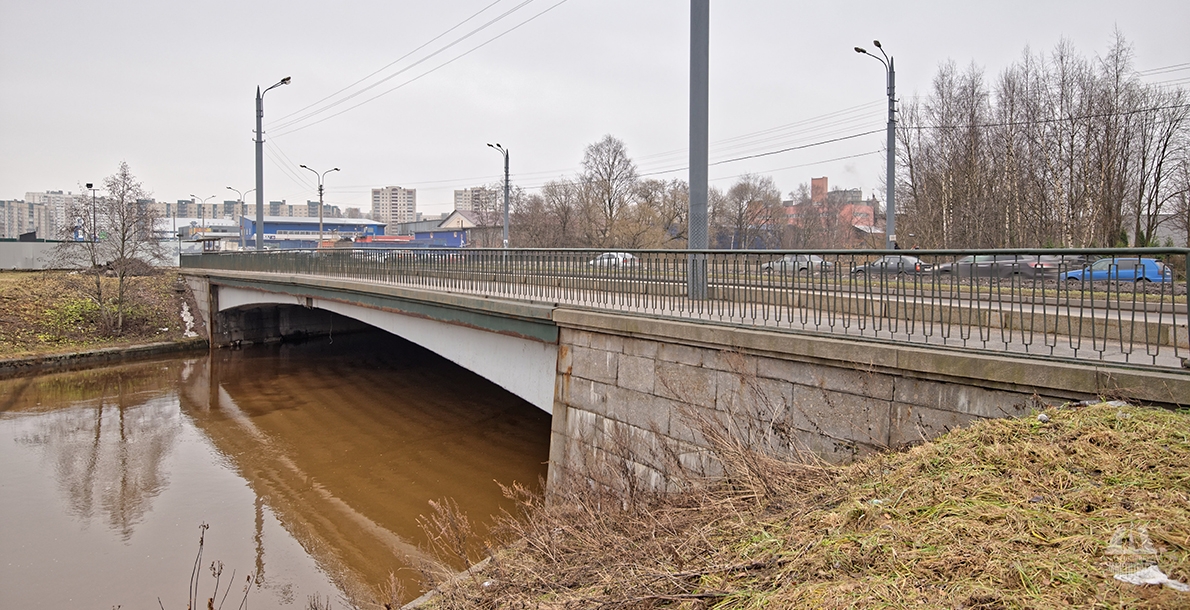 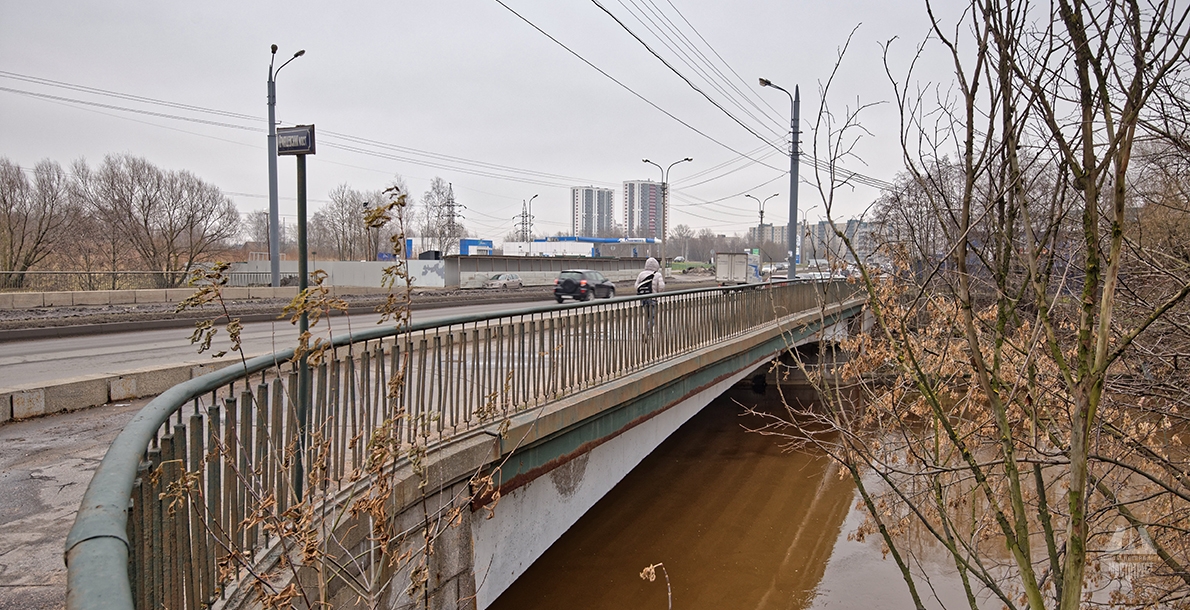 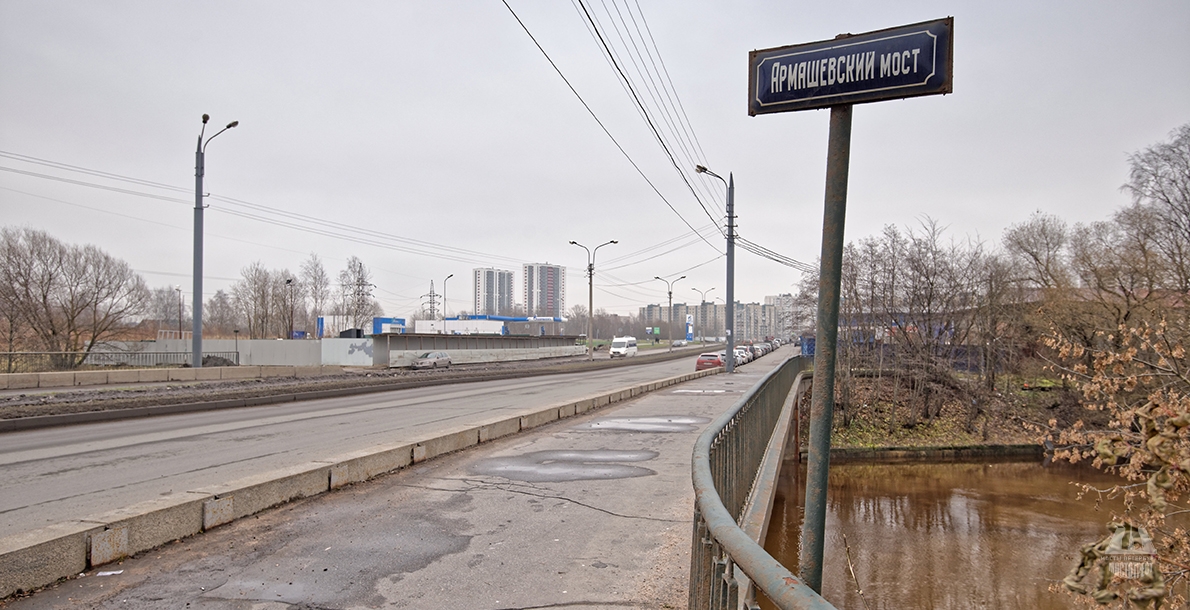 Armashevsky (former Okhtinsky No. 2) Bridge is located approximately in seventy meters from the confluence of the Lubja River (in St.-Petersburg it is called Luppa) in the Okhta River downstream.

Armashevsky Bridge is a part of a line of Potapov Street. Alexander Semenovich Potapov (1914-1943) – the pilot, the participant of the Soviet-Finnish war, the Hero of the Soviet Union, during the Great Patriotic War protected the sky over Leningrad, this street earlier was named Armashevskaya. The street received this name even before the war, from the Armashevskaya village located nearby. Armasheva is a surname rich landowner, whose grounds settled down there at the very beginning of the XX century. Today the street connects Revolutsii Highway and Irinovsky Prospect.

Till 1970 at the place of Armashevsky bridge there was a small bridge named Okhtinsky No. 2.

The decision on construction of the new Armashevsky bridge was taken on August 9th, 1982. However, the bridge was built only in 1991 under the project of the engineer R.R. Shipov of Lengiproinzhproject. And the traffic on the bridge was opened in 1999.

The bridge abutments are massive ones, made of monolithic reinforced concrete on pile foundation and faced with granite. The roadway is covered with fine-graded asphalt concrete; sidewalks – with sand asphalt.

Metal welded railings of a simple pattern are installed on the bridge. The sidewalk is separated from the roadway with granite parapet with 60 cm height.

At the bridge construction the degree of water "aggression" in the Okhta River is considered. So, for reinforced concrete piles, as well as for the body, the grillage plate and the frames legs concrete of intensified water resistance is used. In the bridge zone the low reinforced concrete retaining wall with a green slope is built.