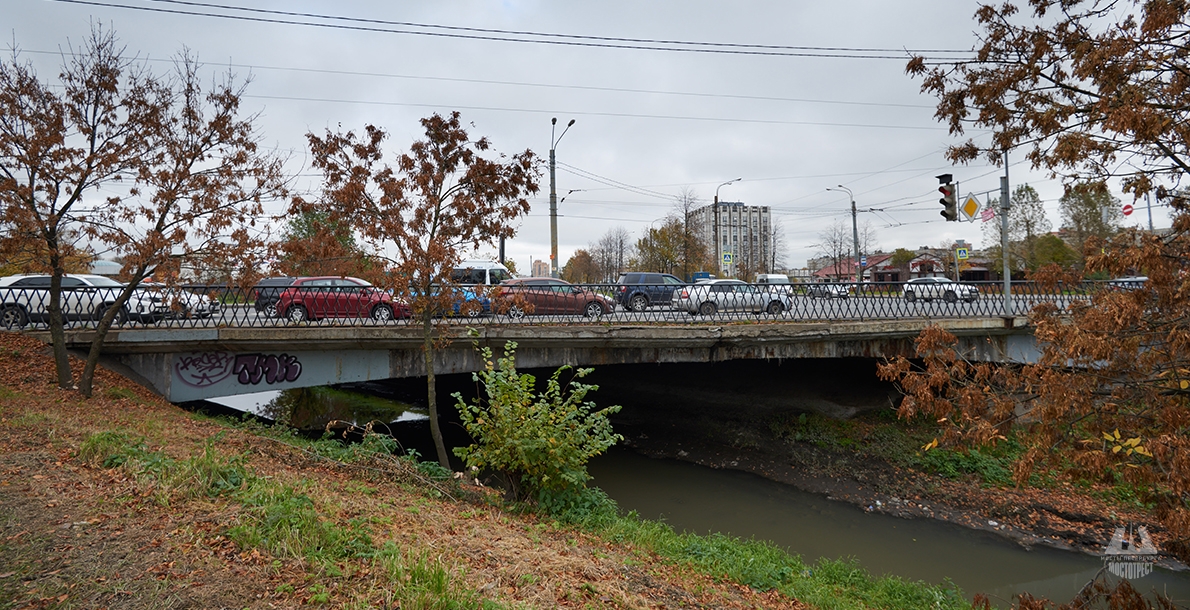 Belgradsky Bridge over the Volkovsky Canal is located in the alignment of Belgradskaya Street, at its crossing with Fuchika Street. The nearest underground station is Bucharestskaya station, one of the new underground stations of St.-Petersburg.

The bridge derived its name from the name of Belgradskaya Street. It is one of the main streets of Frunzenksy District which connects dormitory districts of Kupchino with the city centre.

In 1966-1969, for expansion and improvement of transportation conditions in the city, part of a channel of the Volkovka River was filled up and replaced by the rectilinear channel dug along the body of the Vitebskaya line of the October railway on a site from the railway platform Slavy Prospect to Almaznaya Street (nowadays the eliminated street which was attached to Vitebskaya Sortirovochnaya Street). Thus, in St.-Petersburg there was a new street Belgradskaya which received its name in honour of capital of Yugoslavia (today Belgrad is the capital of Serbia).

A bridge was required over the new canal .

There is an asphaltic concrete pavement on the roadway over the concrete plate included in the operation of the main beams. Sand asphalt is laid on the sidewalks. The sidewalk is separated from the roadway with granite curb. The metal railing without bollards is installed on the bridge.

The roadway of the bridge allows four lanes for vehicles.

From the moment of construction, annual instrumental control of the deflection of consoles of the superstructure is performed.