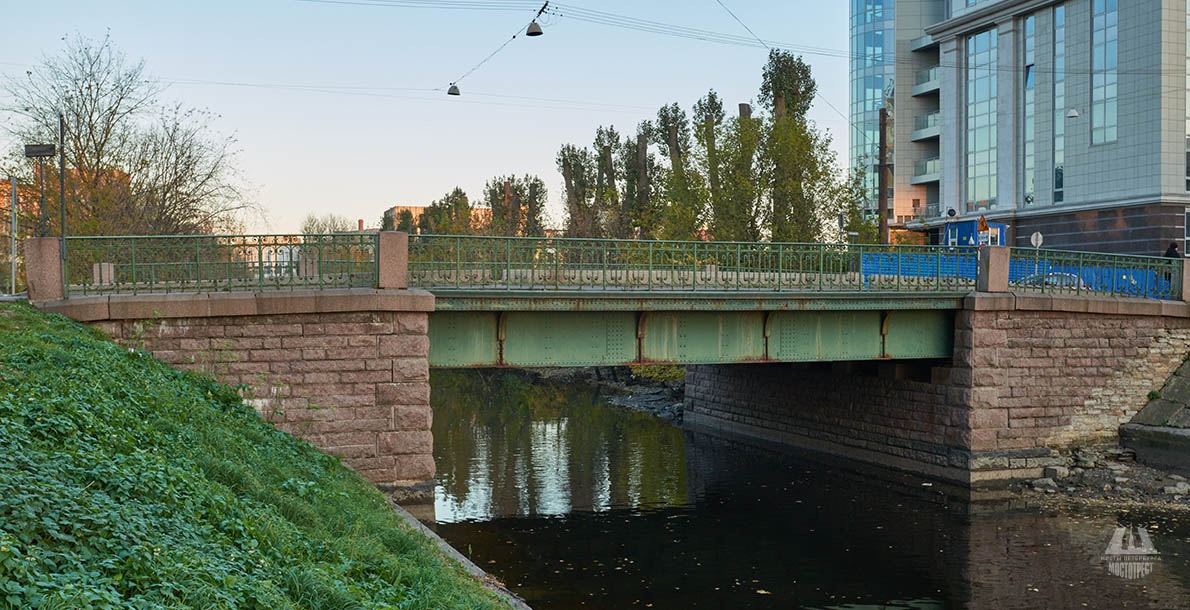 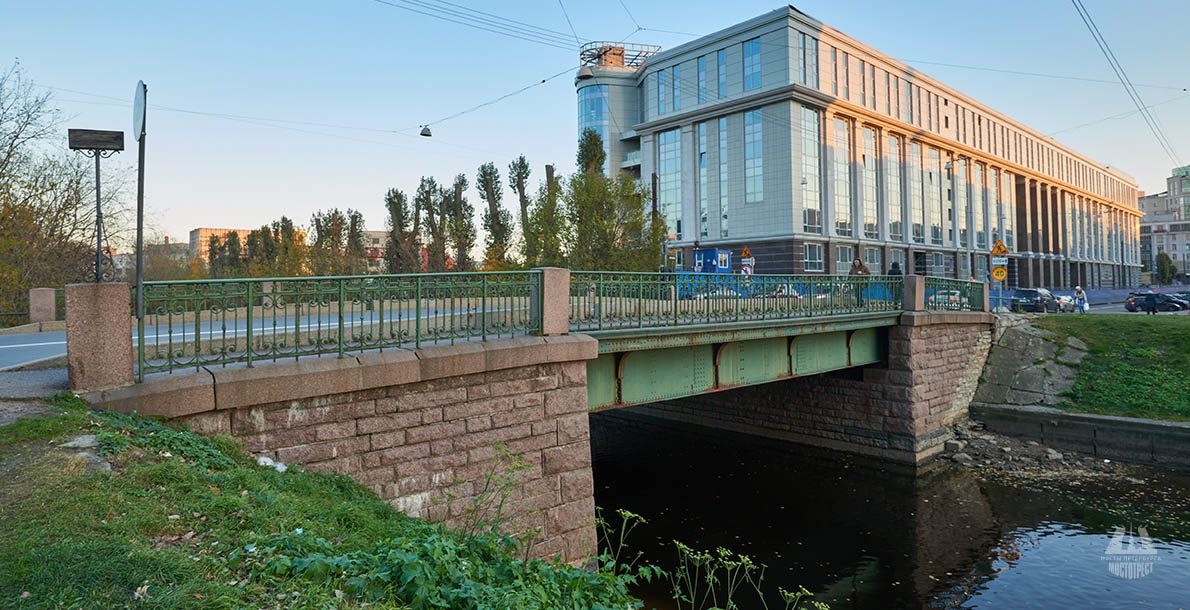 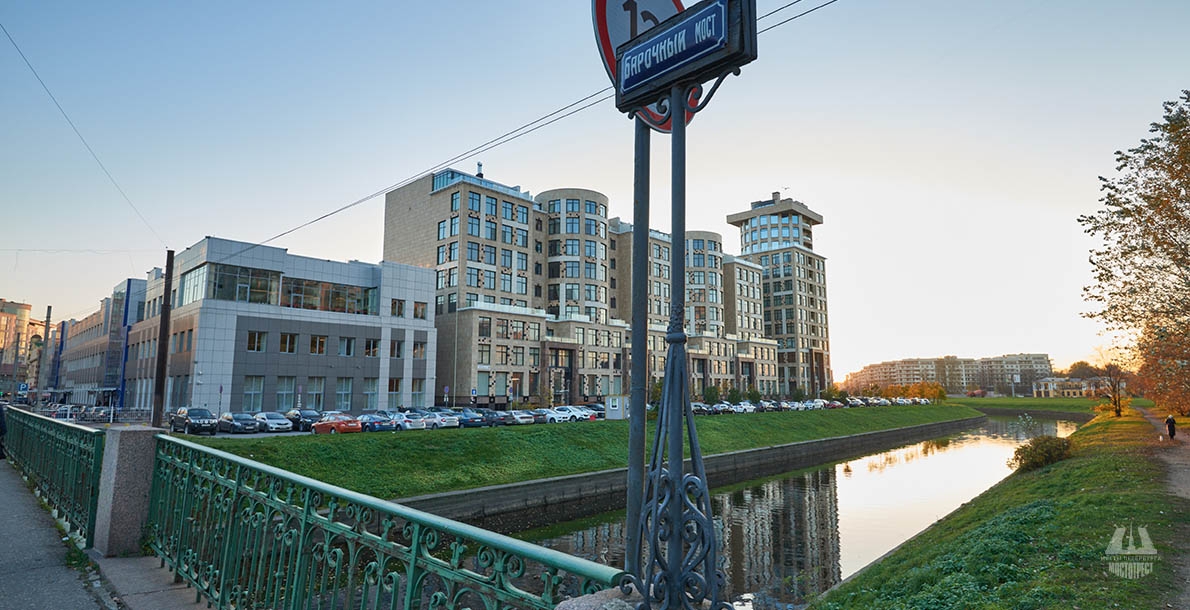 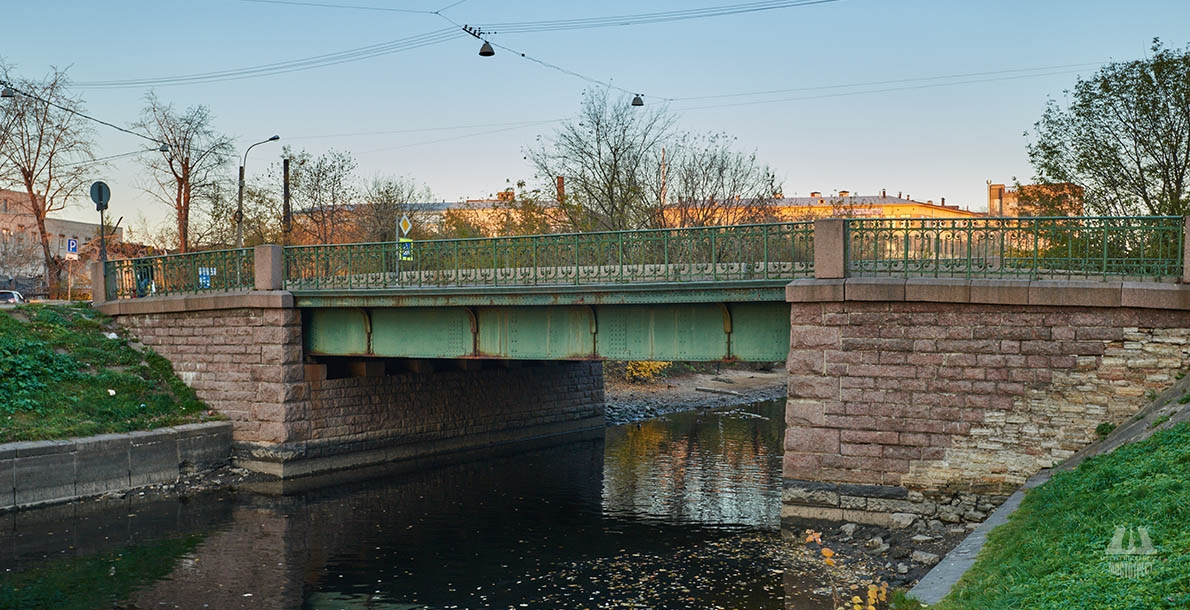 Barochny Bridge over the Karpovka River connects Petrogradsky Island and Aptekarsky Island is located in the alignment of the Barochnaya Street, from which it takes the name. In turn, Barochnaya Street passing from Professor Popov Street to Bolshaya Zelenina Street was named so because at the end of the XVIII century old wooden barges for scrapping were transported to the place by water. In addition, a pub which residents of nearby neighbourhoods called "Barque" was located nearby.

In 1914, under the project of engineer A.P. Pshenitsky, a single-span metal simple bridge was built. The need for construction of the bridge in this location was caused by the placement of the tram depot on the right bank of the Karpovka River near its confluence with the Malaya Nevka River.

The traffic over the bridge increased after the construction of the "Youth House" and the building of the State Automobile Inspectorate.

The superstructure consists of riveted beams with a solid wall interconnected by longitudinal and transverse crosslinks. The main beams have constant height. There were massive rock abutments on pile foundation and faced with rough dressing granite blocks. The roadway consists of trough iron laid along the main beams and filled with concrete, over which the asphalt is laid, and on the tram lane - basalt paving. Sand asphalt is laid on the sidewalks.

There is forget iron railing ended with granite pedestals on the bridge. The roadway is separated from the sidewalk by reinforced concrete kerb stone. The bridge length is 29.1 meters, its width is 16.09 meters.

In connection with shutdown of the tram depot tram traffic over the bridge was stopped.