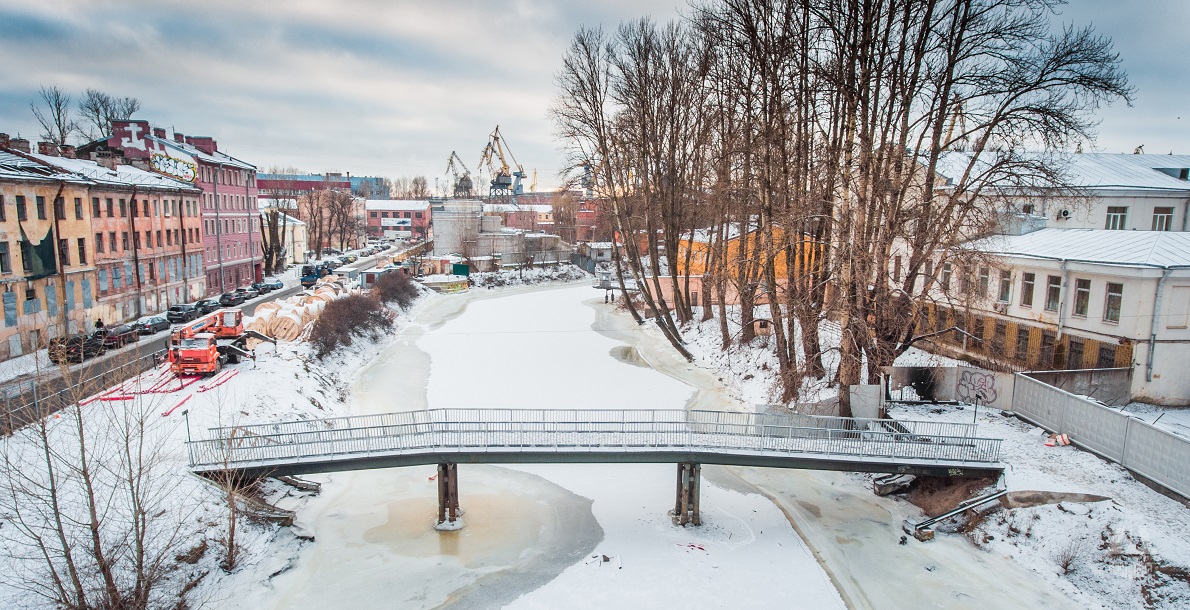 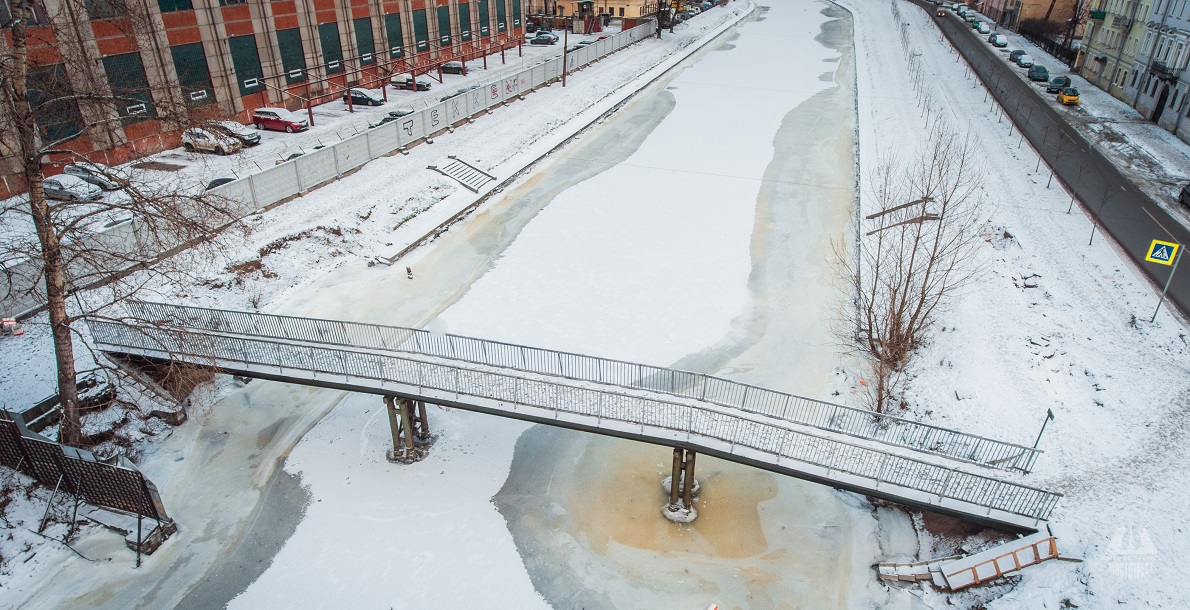 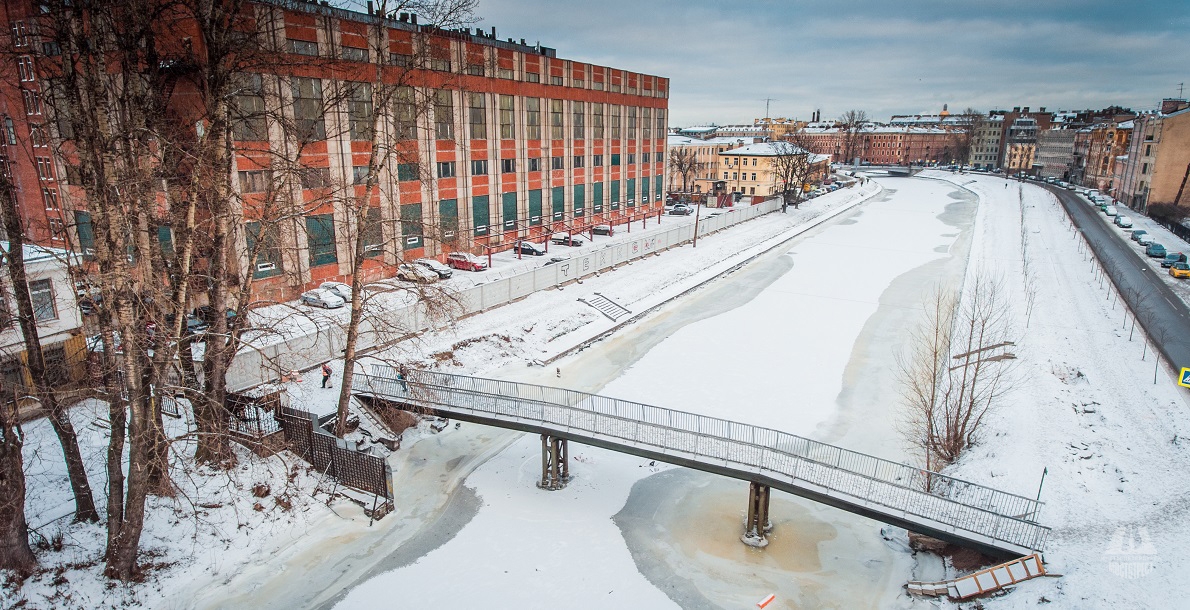 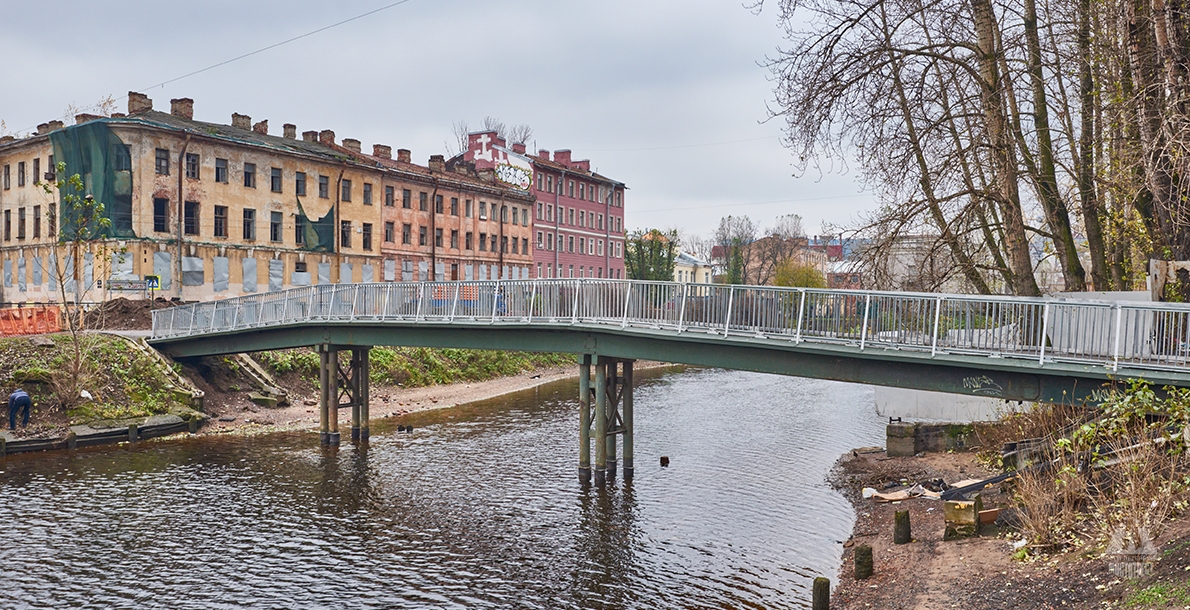 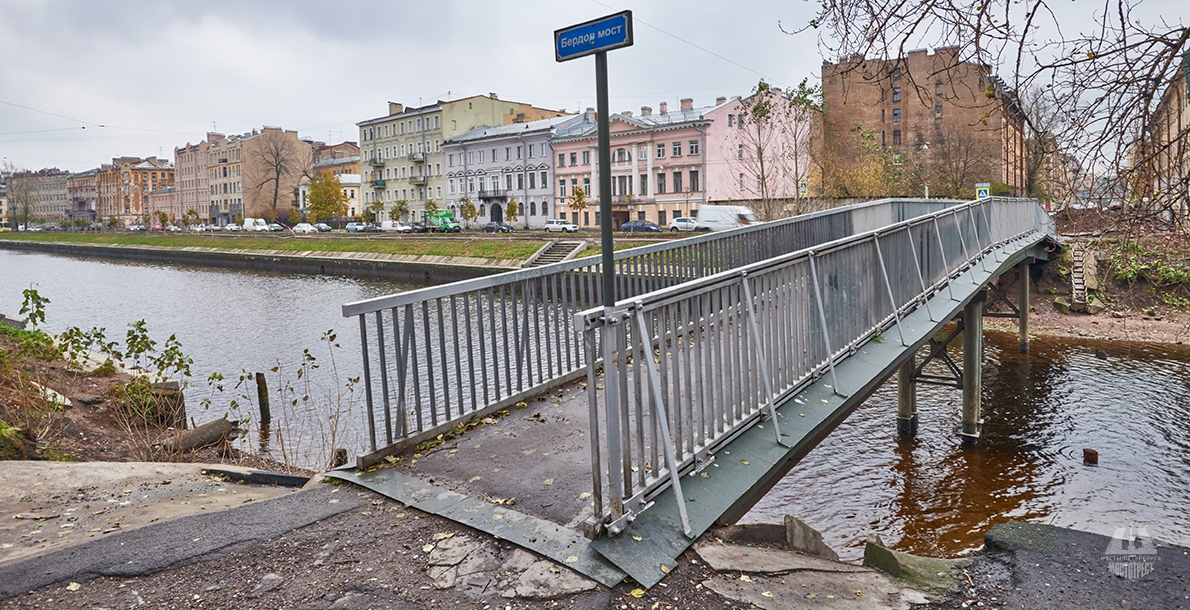 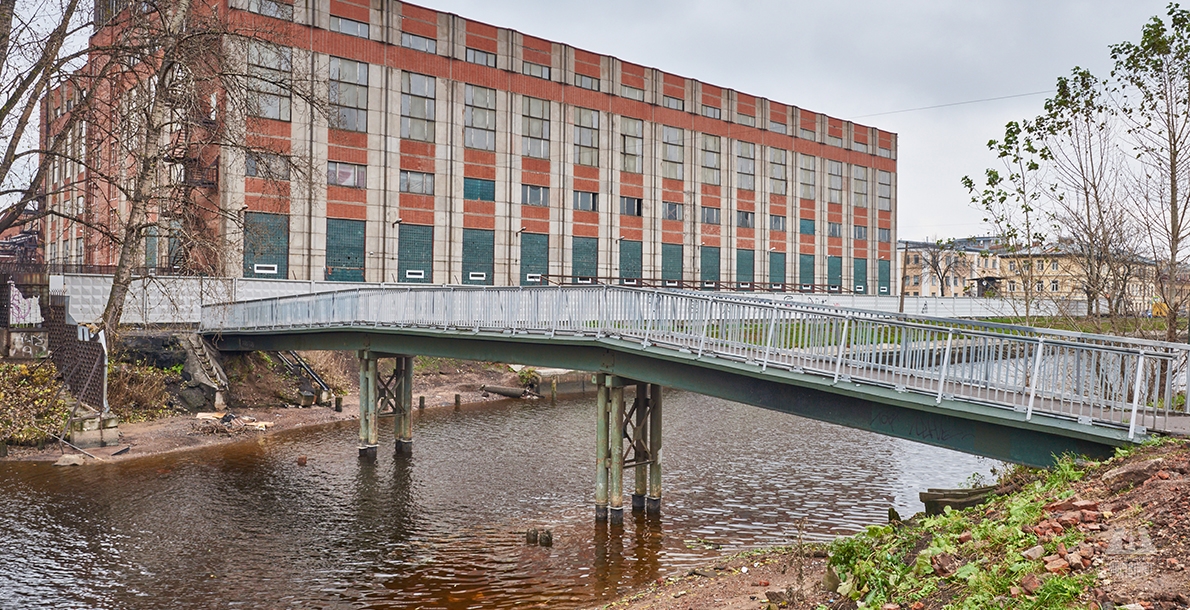 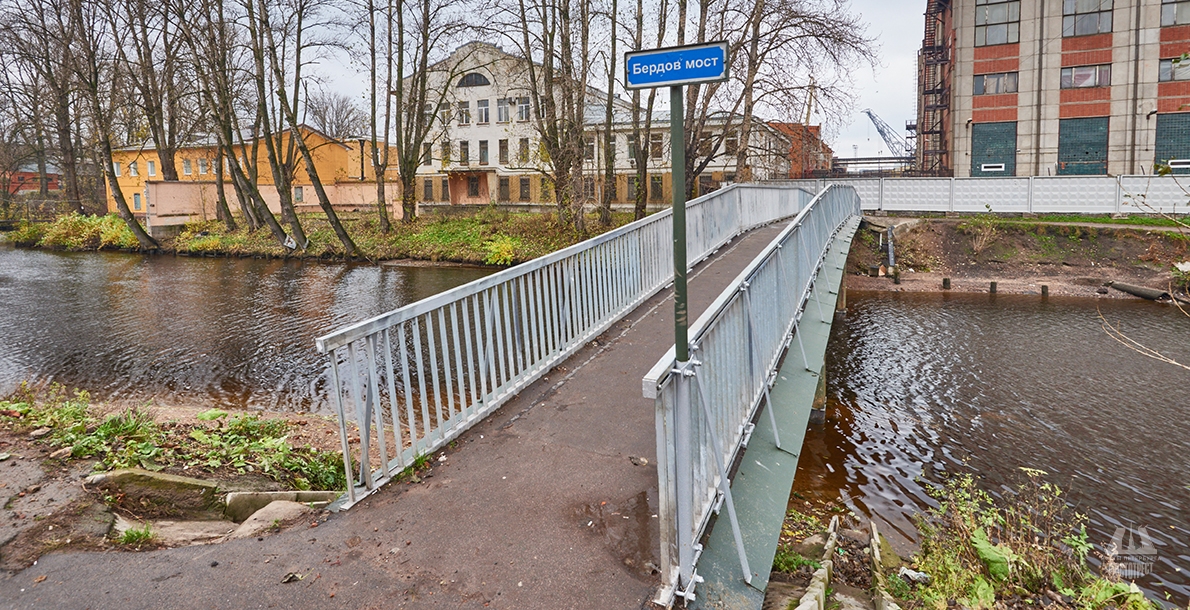 In 1830 a three-span wooden beam bridge with the length of 31 m intended for the carriage of cargo and pedestrians passage was built. The bridge derived its old name due to the Ironworks located nearby, and in the second half of the XIX century it was named after Charles Byrd – the founder of the Ironworks. This enterprise in the past produced structures and architectural details of the chain bridges: Egypetsky Bridge, Panteleymonovsky Bridge and Pochtamptsky Bridge. Still existing, a small pedestrian bridge over the Pryazhka River on Myasnaya Street went directly to the ironworks (Admiralty Shipyards is located now at this place). The names Cast Iron Bridge and Kuznechny Bridge did not take hold and later (in the second half of the XIX century) the bridge was named after the ironworks owner. It is also generally called Nastya's Bridge.

In 1941-1945 the bridge was badly damaged by bombardment. The wooden bridge was repaired several times.

In 1951-1952 the bridge was rebuilt in the pedestrian one under the project of engineer E.I. Boltunova of Lengiproinzhproject. Three-span wooden simple bridge was built. There are metal superstructure and I-beams. The railings and decking are wooden. The bridge length is 31.1 meters, width - 2.25 meters.

In 1994, under the project of Mostotrest PSB MP engineer, major repair of the bridge was performed. The superstructure is a three-span continuous beam with orthotropic slab. There are light abutments on metal piles made of reinforced concrete slabs ПДП. There are intermediate supports on metal tubular piles filled with concrete. Bridge railings are metal, without pedestals. There is an asphaltic concrete pavement. The bridge length is 30.4 meters, width - 2.25 meters. The bridge was repaired by efforts of Mostotrest RSU-5 MP, under the supervision of chief engineer N.I. Tarasenko and foreman A. Guzov.