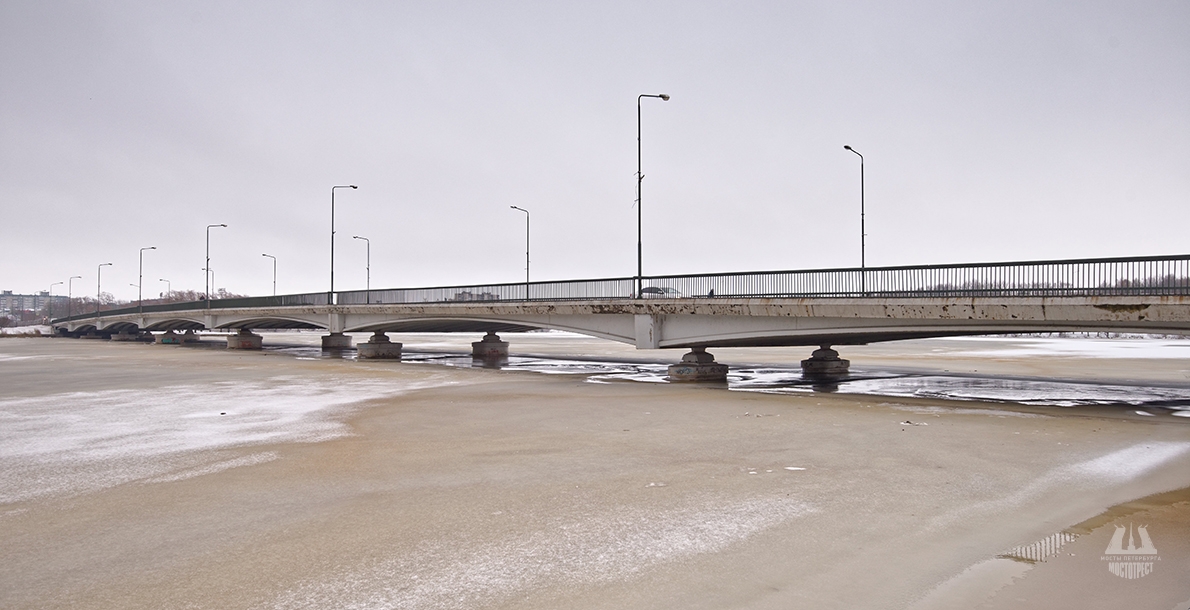 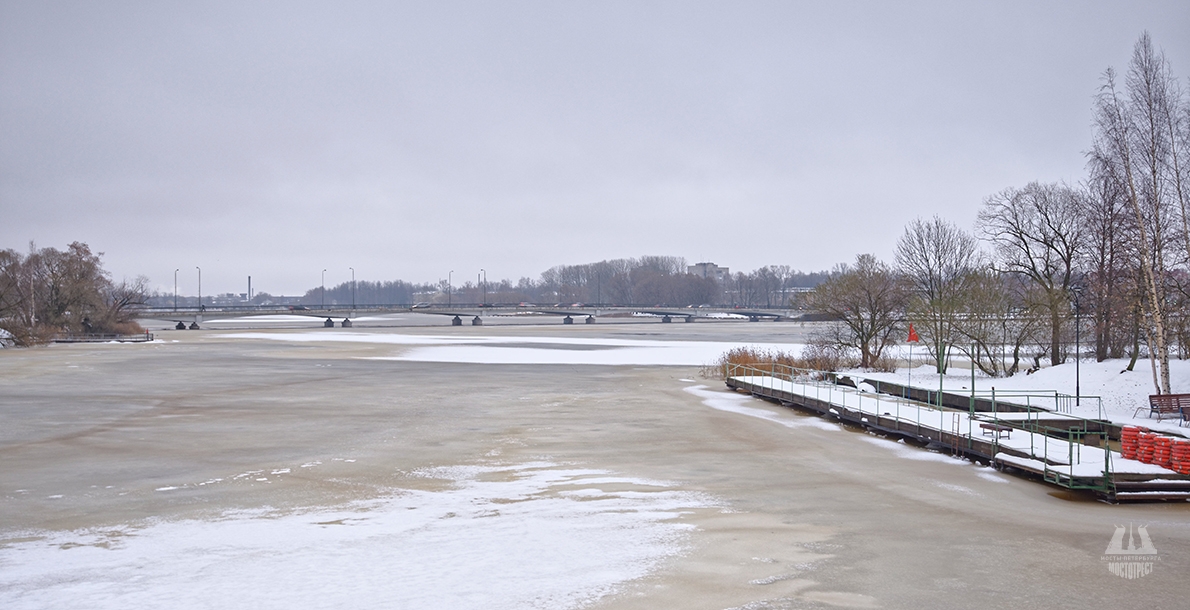 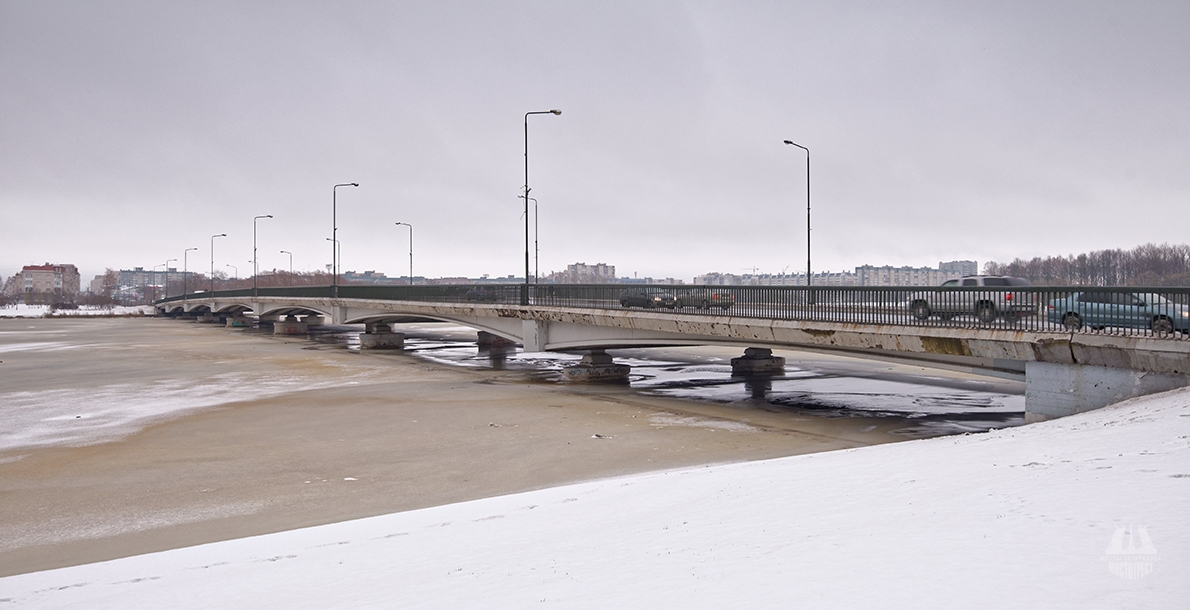 Bolshoy Izhorsky Bridge is a bridge across the Izhora River between Proletarskaya Street and Remizov Street in Kolpino (Kolpinsky District of St. Petersburg). It was built in the period from 1975 till 1977.

The superstructure is connected with a shore by expansion joints with sliding plate located on the abutments.

The roadway and the sidewalks are covered by asphalt concrete. The downstream and upstream sidewalks have twelve and eighteen asbestos-cement pipes respectively for laying of communication lines. The bridge railings are metal gratings. The bridge has lamps installed on metal supports.

Immediately after construction in 1978 the bridge was surveyed and tested.

Then in 1992-1995 reasons of defects in the bridge transverse beams were investigated.

The bridge received its modern name in 1979.