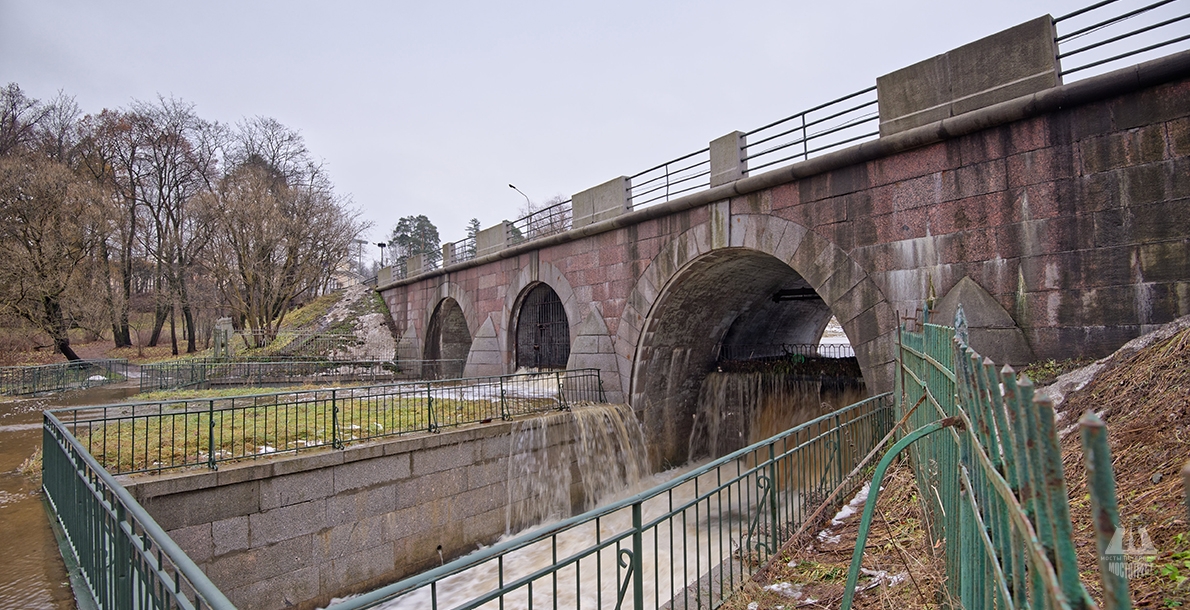 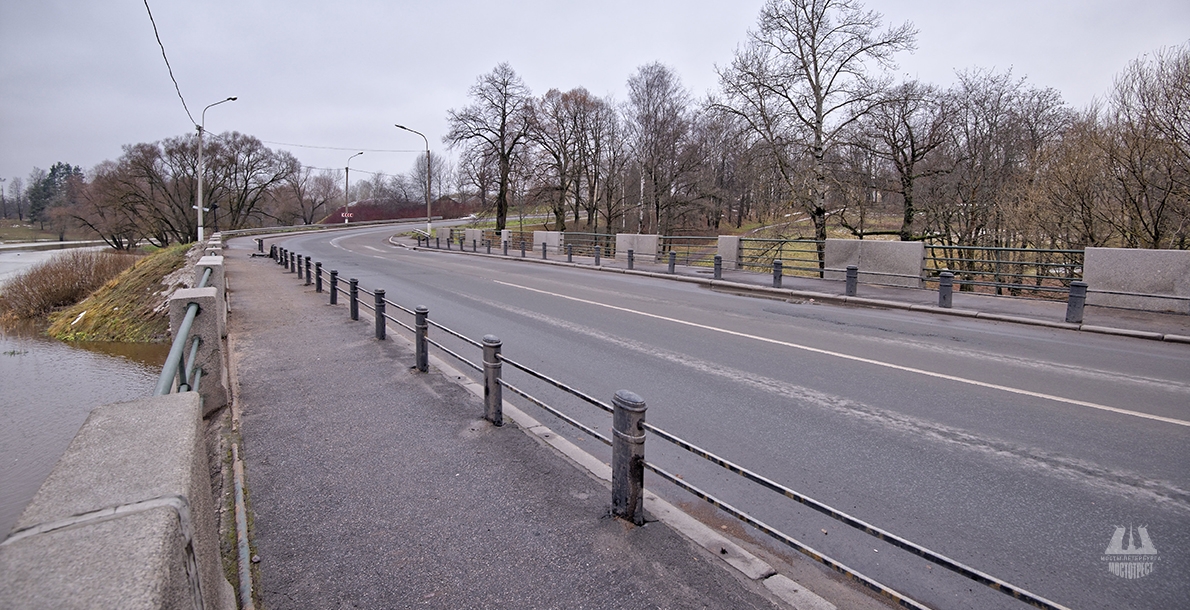 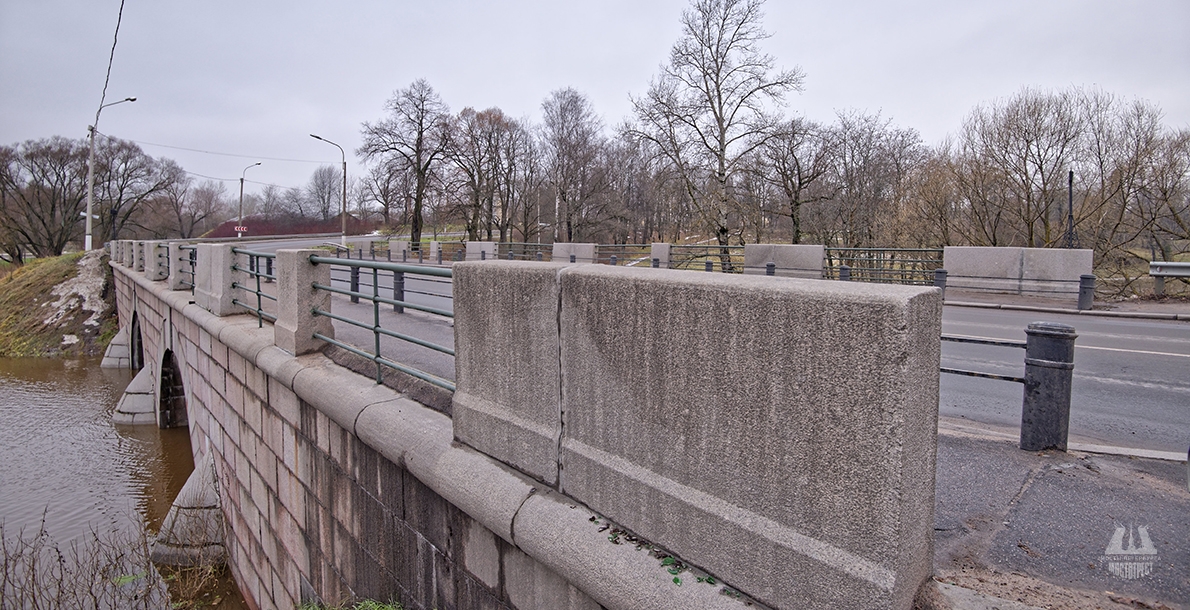 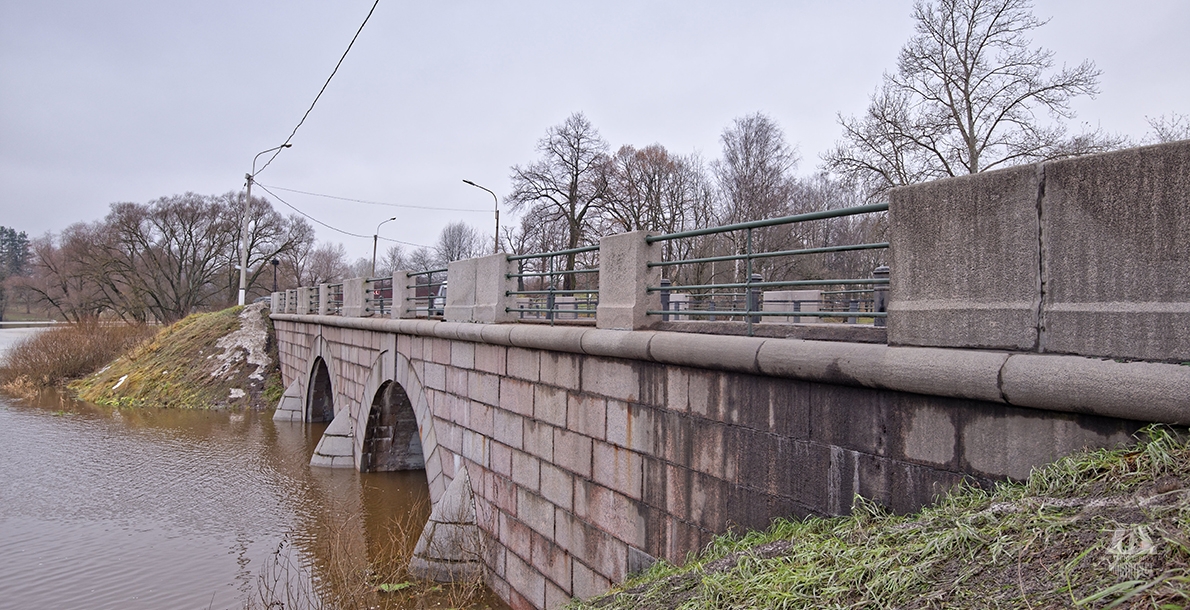 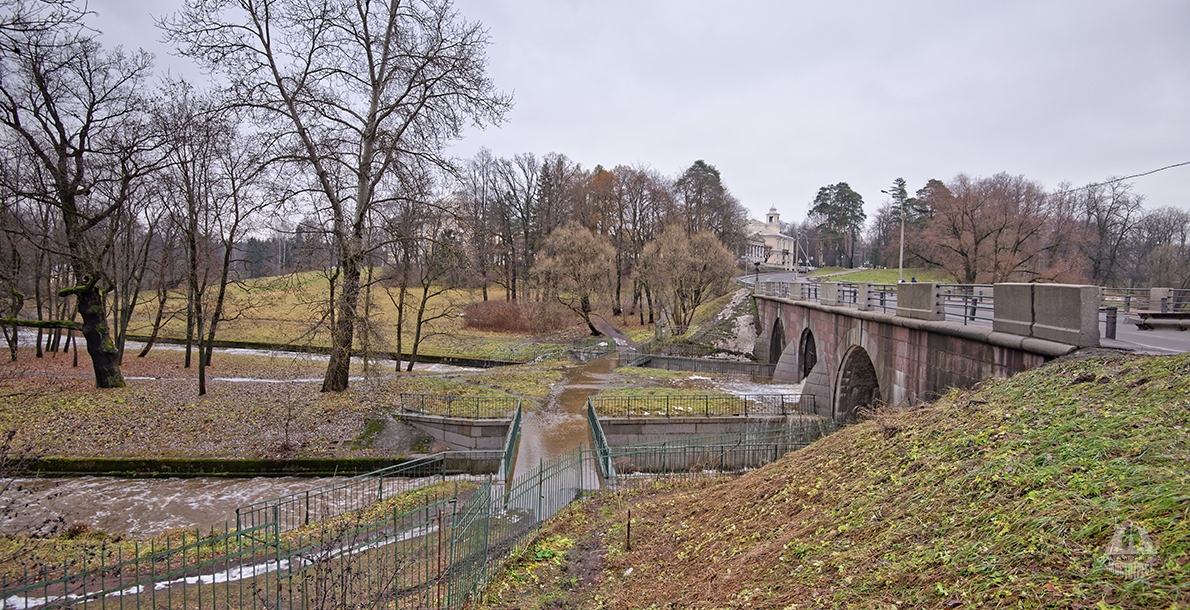 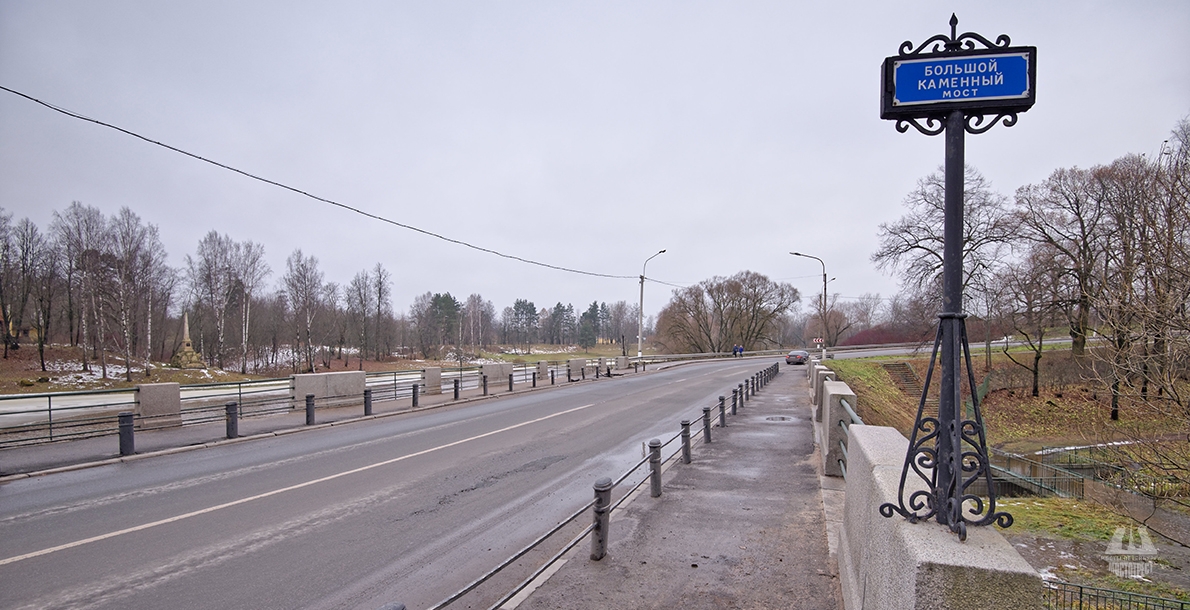 Bolshoy Kamenny (former Palace) Bridge is located on Revolyutsii Street in Pavlovsk. Initially, the bridge across the Slavyanka River was built there in 1790-1793 when Charles Cameron, the architect, worked in Pavlovsk. The bridge designer is unknown, but the construction is attributed to the famous at that time engineer – Lieutenant General Bauer.

It was a stone two-span arch bridge with slanting holes. The bridge facades were granite, vaults were stone or brick masonry. The metal tubular forged railings were installed between the granite bollards and parapet blocks. Under the bridge wooden barrages with stop planks (water discharges) were arranged in each span to maintain the water level in Marienthal Pond.

In 1910 the bridge was built up to 1 m in height and widened up to 10.5 m by arranging consoles including installation of new metal Art Nouveau railings. As a result, of this modernization the historical appearance of the bridge was broken. The bridge kept this appearance until 1944 when German troops destroyed it completely while moving away from Pavlovsk.

As a consequence of the bridge and the dam detonation, Marienthal Pond became completely shallow and turned into marshy meadow with the Slavyanka River as a narrow band.

In the same 1944 a wooden bridge was built in line with the detonated bridge which quickly dilapidated and was changed with a new narrow wooden bridge with supports on cribs and gantries in 1953.

Taking into consideration that the destroyed structure played a great transport and hydroengineering role and at the same time was an original architectural and engineering landmark of the XVIII century, a decision was made to build a new bridge of the modern materials but with historical appearance restoration. This decision was implemented in 1961, under the project of V.V. Blazhevich of Lengiproinzhproject.

The bridge is located on the solid foundation plate laid in Cambrian clay. The abutments and intermediate supports, back and jamb walls are concrete, massive ones.

In 1965 metal doors were installed in the centre span of the bridge from the downstream to limit unauthorized access to stop planks.

In 1981 the bridge was repaired; particularly, external facing was sand blasted, metal surfaces were painted, stop planks were repaired.