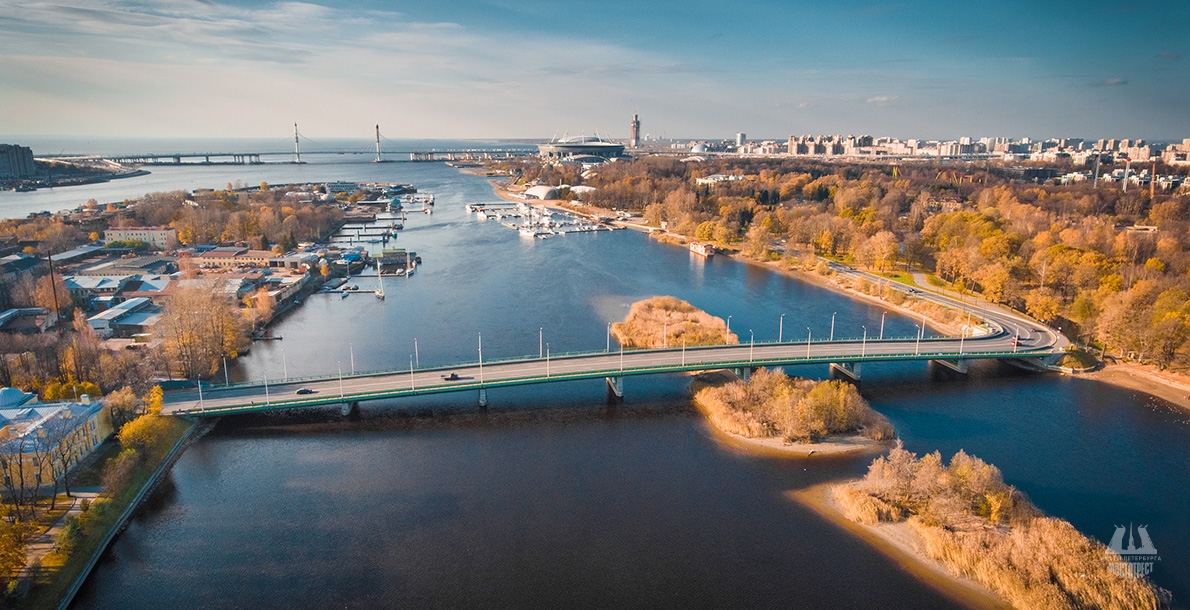 The first wooden draw bridge at this site was built in 1838. Near the crossing entrance from the side of Krestovsky Island a security guard was posted. Here, on the banks of the Chukhonka river, two wooden houses for soldiers were built.

The bridge construction had a draw span, and from the moment of its existence the bridge had never been repaired. In 1947 the wooden bridge spans were replaced by metal beam ones.

Ice movements of the Malaya Nevka River destroyed a part of the bridge structure in December 1993. Further operation of Bolshoy Petrovsky Bridge was found to be ineffective, it was proposed to demolish it. But with the commissioning of the Krestovsky Ostrov metro station workers of the Almaz plant located on Petrovsky Island began to use the crossing.

It became a part of the road from the underground to the entrance of the plant.

Bolshoy Petrovsky Bridge was rebuilt by the engineer L.V. Voronin and it was narrowed, and thus was made a pedestrian one.

In 2010 the old wooden bridge was demolished and construction of a new bridge was started - fixed metal beam bridge with four lanes for car traffic, pedestrian walkways and bicycle paths.

Reconstruction work began in late December 2009. Bridge builders completely dismantled the old wooden structure, and at the same place a new bridge on new supports was built. By the beginning of September 2010 the object was commissioned, and on September 18 by the bridge was opened to traffic.