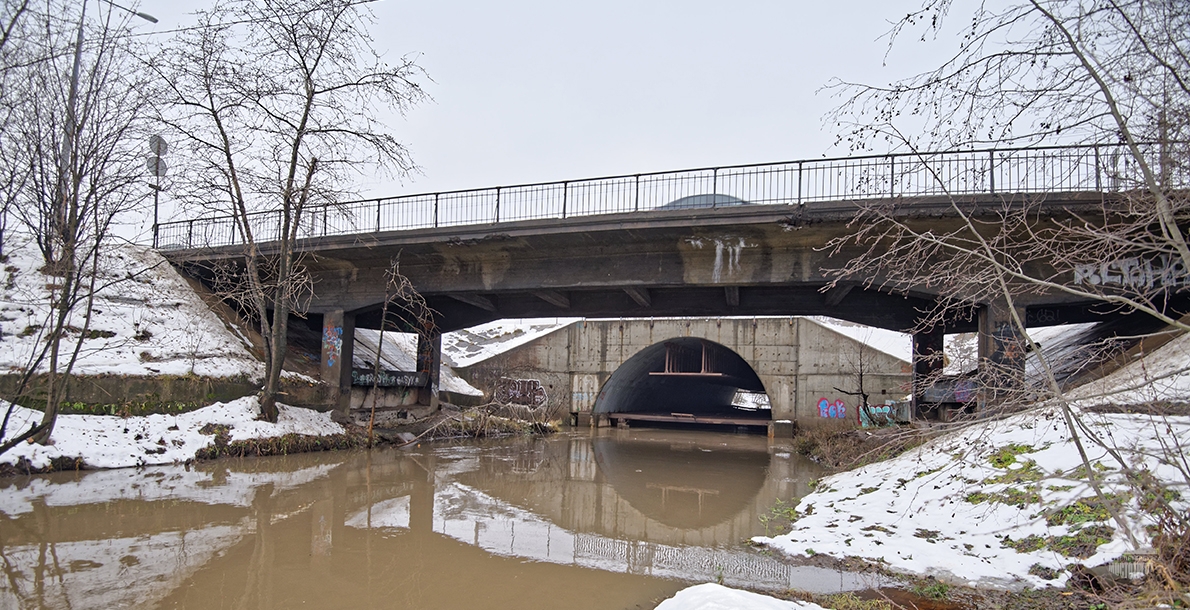 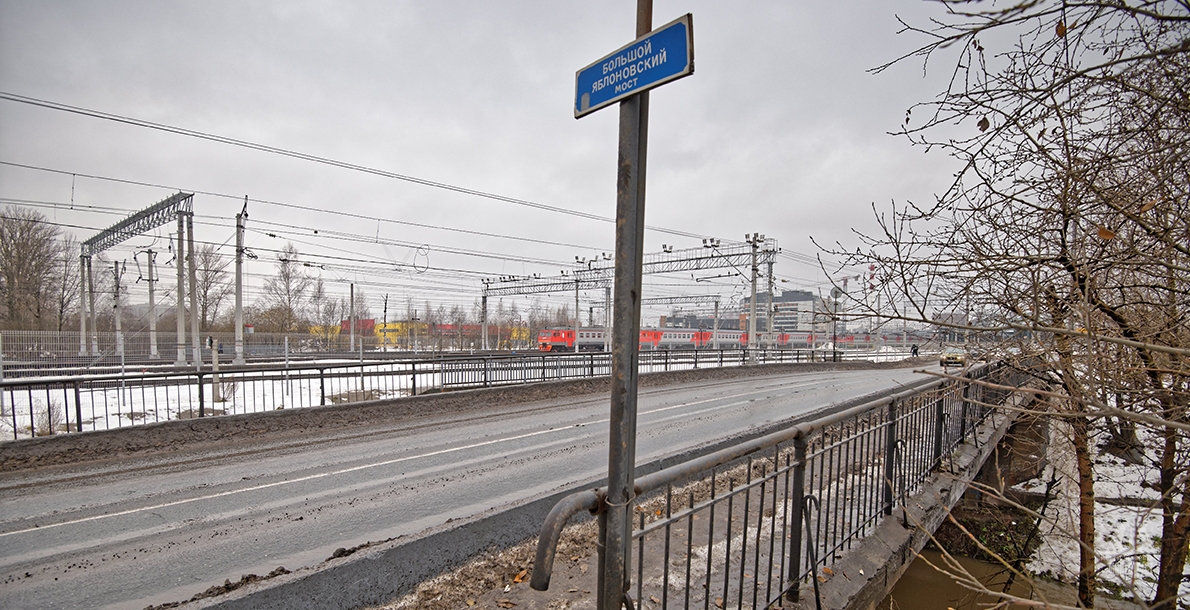 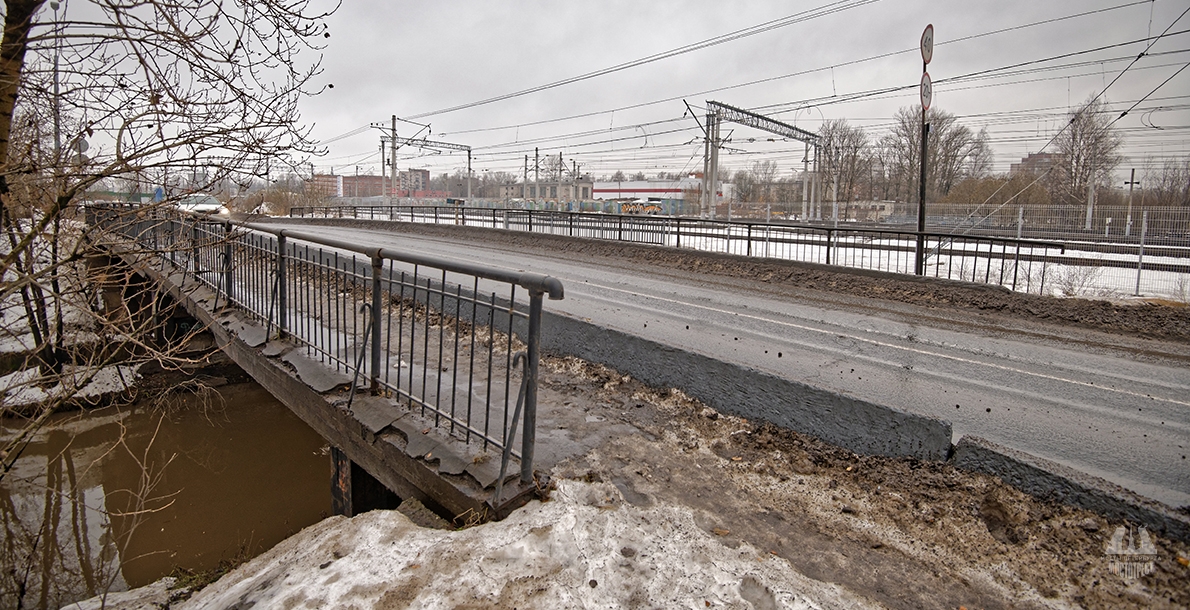 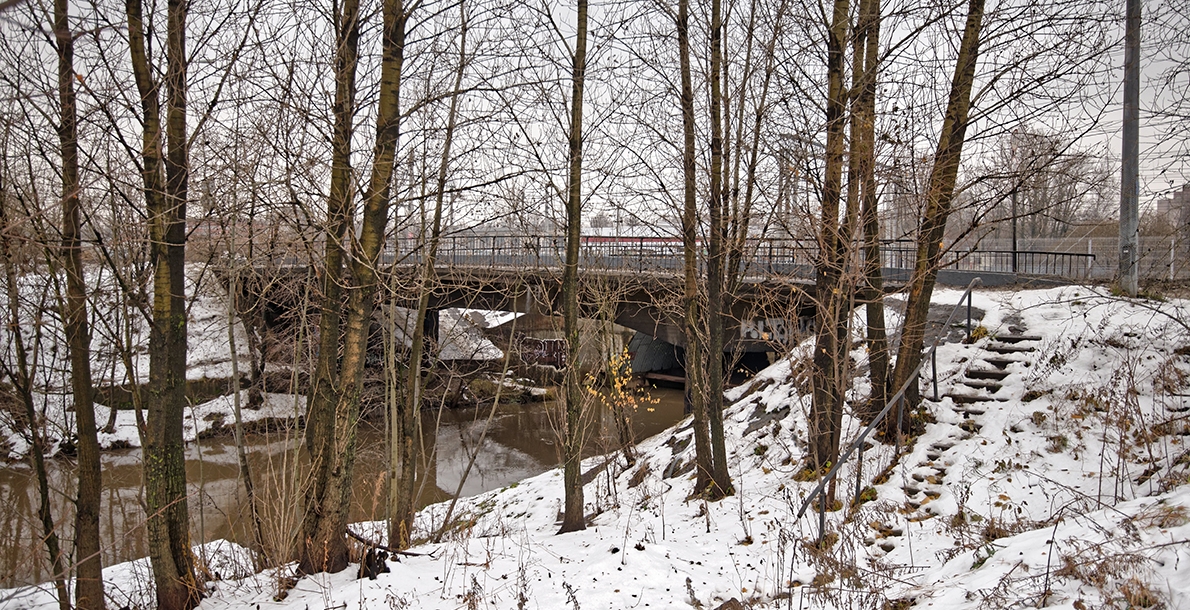 Bolshoy Yablonovsky Bridge spans the Okkervil River, it is a part of Zolnaya Street and is located on the road leading to Ladozhsky railway station (former District of Dolgorukov’s Summer House).

The bridge was designed mainly for export of finished products of the asphalt concrete plant owned at the time by the Trust Lendorstroy. It was built in 1957 under the project of engineer A.D. Gutzeit of Lengiproinzhproject. There was a single-span reinforced concrete cantilever frame bridge with two consoles. The superstructure consisted of two main frames, between which there was a system of longitudinal and transverse beams supporting reinforced concrete slab of the roadway.

The superstructure is made of monolithic reinforced concrete without abutments, with free consoles. This is a rational and economic structure but there are high slopes.

The bridge is designed for car and pedestrian traffic.