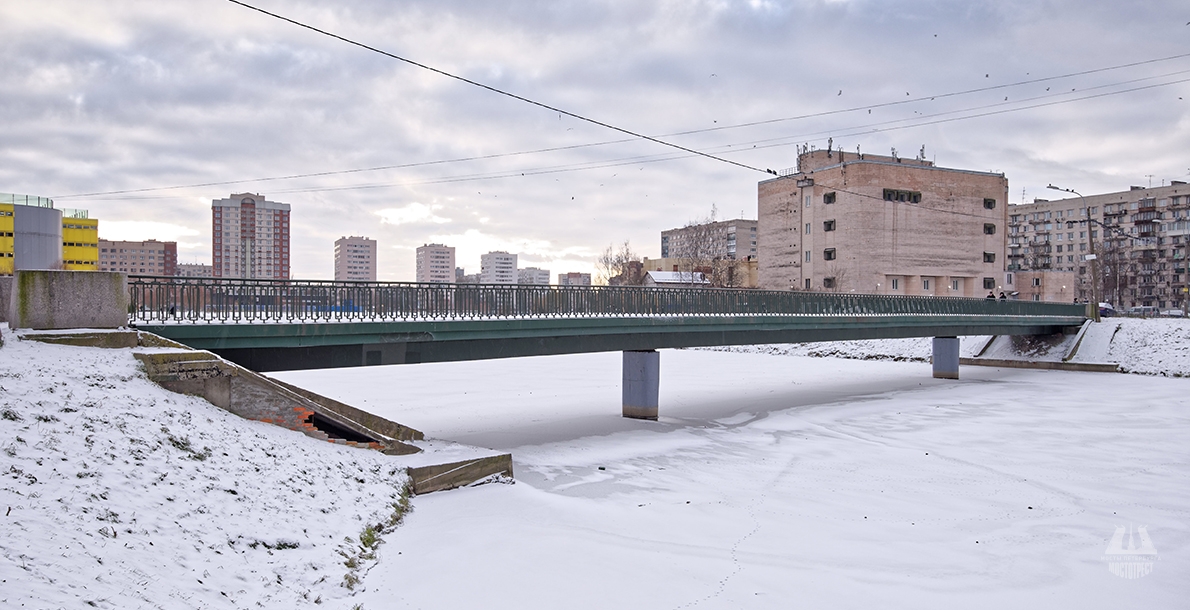 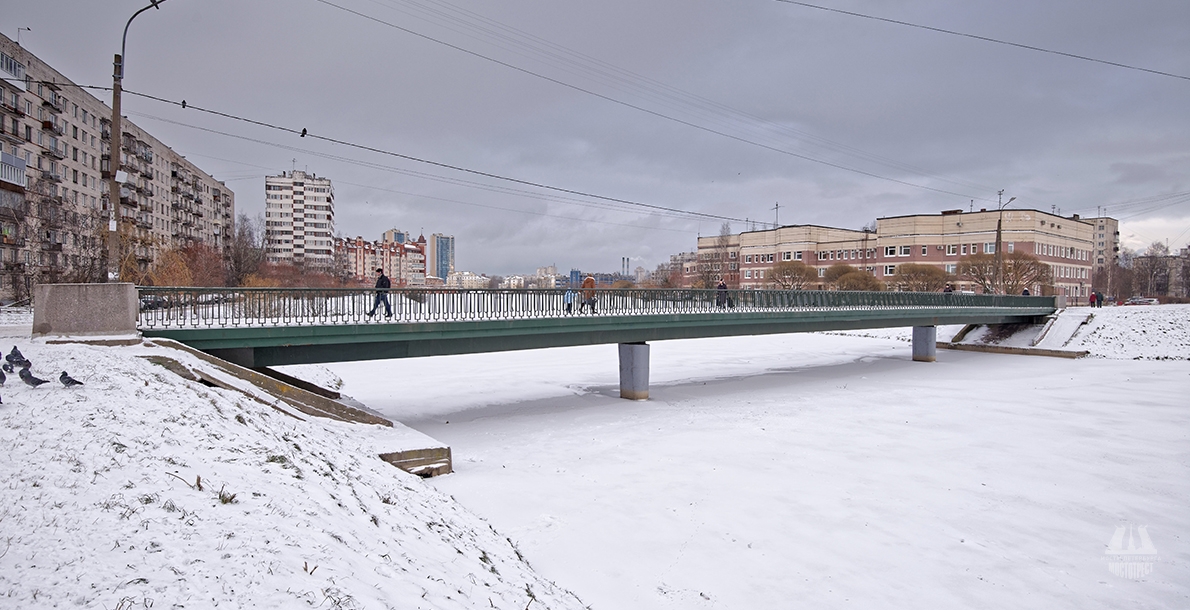 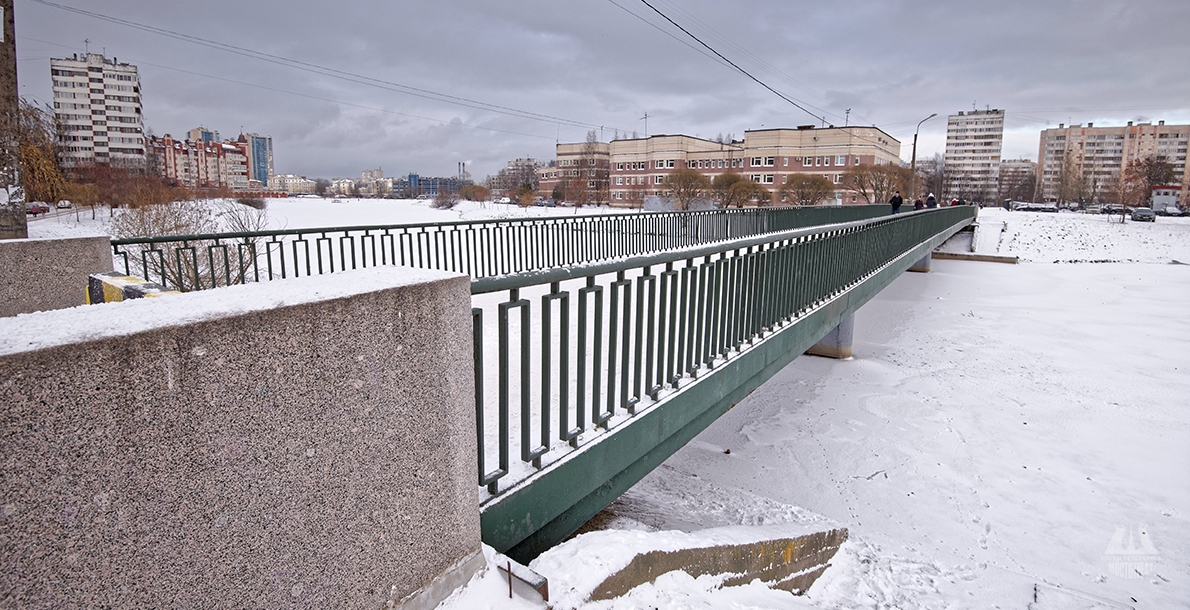 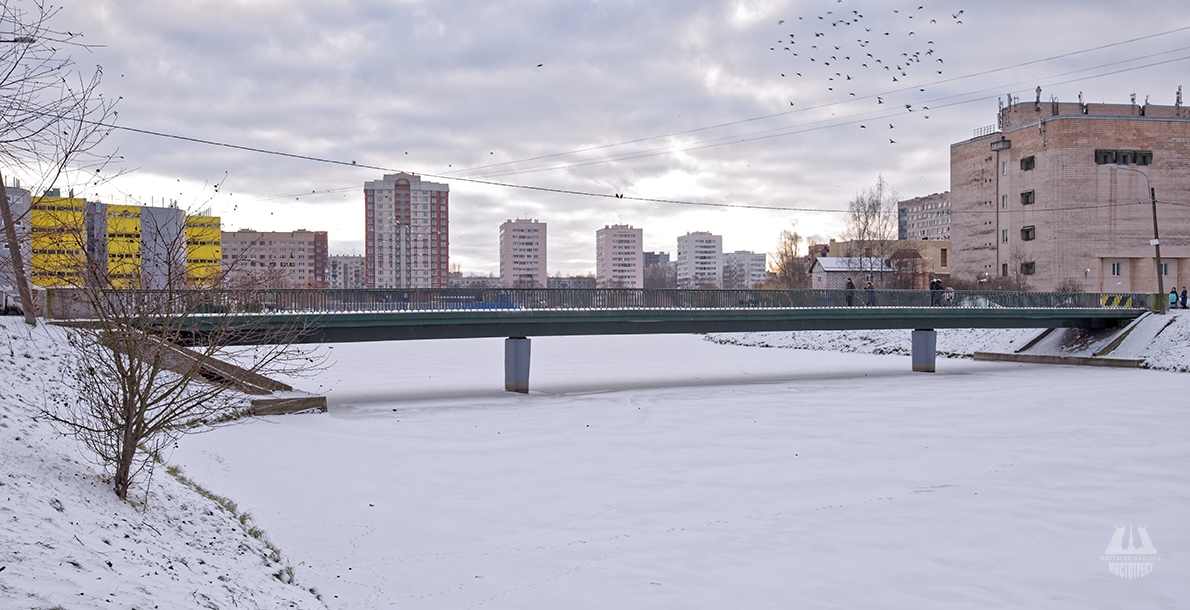 The bridge, as well as the street, is named after the hero of the Great Patriotic War Fedor Mikhailovich Burtsev (in 1941 a group of reconnaissance officers under the command liberated of about 200 Soviet soldiers from German captivity).

In 1979 the pedestrian bridge was built which extended Burtsev Street opened in 1969 up to Soldier Korzun Street. Thus, the large residential areas of the district were connected.

The project of the bridge was drawn up by the Lengiproinzhproject Institute under order of the main capital construction management Glav-UKS of Glavleningradinzhstroy. Author of the project - the engineer A.A. Sokolov. This is a three-span steel-reinforced concrete simple bridge. The superstructure has box section.

The bridge was built by efforts of SU-4 of Trust Lenmostostroy, under the direction of chief engineer Y.P. Bekov.

By decision of the Lengorispolkom "On ensuring the drainage of storm and flood waters from the southern part of the city of Leningrad" in 1980 the bridge was commissioned and put on books of Lenmosttrest.