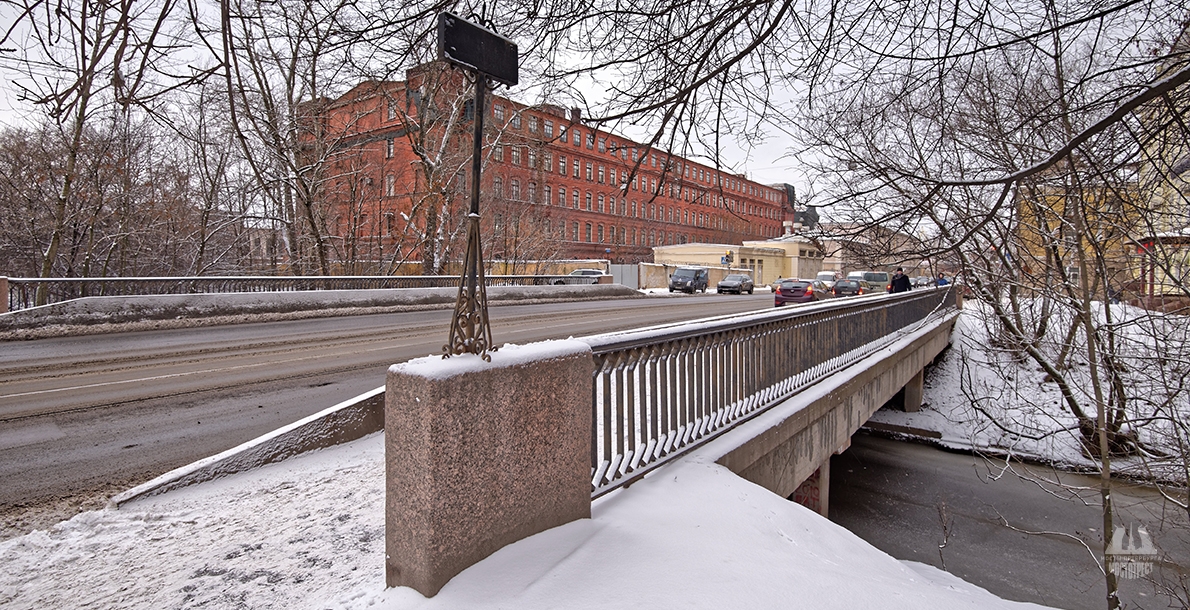 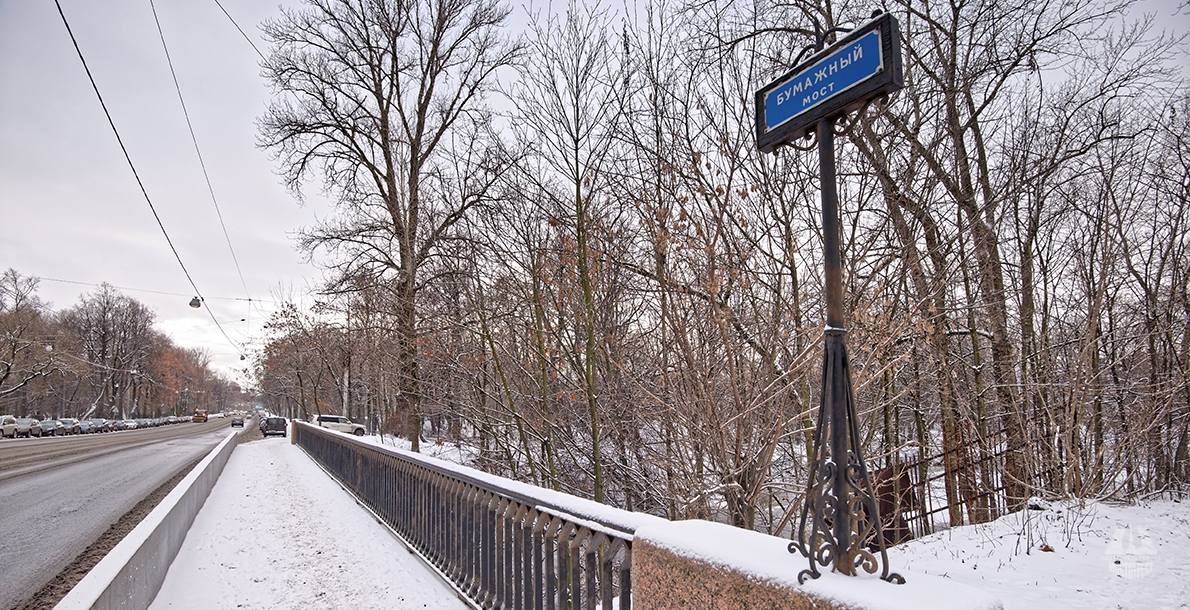 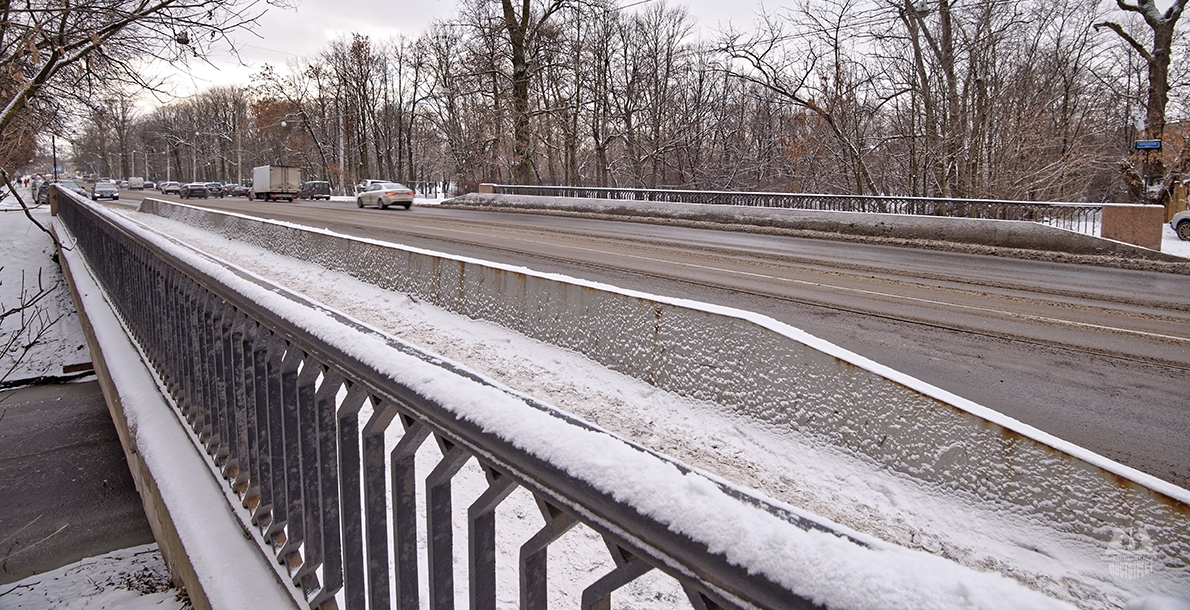 The Bumazhny Canal flows out of the Ekateringofka River and flows into the Tarakanovka River. The name is associated with the industrial character of the area. In the time of Peter the Great there was a paper mill (the word "paper" had a different meaning at the time - it meant cotton and articles thereof).

In the second half of the XIX century in the area there were buildings of Ekateringofskaya Cotton Mill, cloth and weaving factories.

In 1873 near the Canal on Liflyandskaya Street Kenich’s factory was founded. The Bumazhny Canal and Bumazhny Bridge that existed there since 1790 were named after the cotton mills.

For over 100 years it was a wooden bridge which was repeatedly repaired and rebuilt. In 1962-1963, under the project of engineer E.A. Boltunova of Lengiproinzhproject and architect L.A. Noskov, the bridge was rebuilt in a three-span reinforced concrete one designed for the traffic of trams, cars and pedestrians. The superstructure is a continuous beam of constant height made of prestressed concrete. There are reinforced concrete abutments and intermediate supports on pile foundation without facing.

The roadway and tramway are covered with asphalt pavement; sidewalks are covered with sand asphalt. The roadway is separated from the sidewalk by reinforced concrete kerb stone. The iron railing without pedestals is installed on the bridge pattern of which represents the so-called "running" racks. Granite pedestals are installed at the ends of the railing.