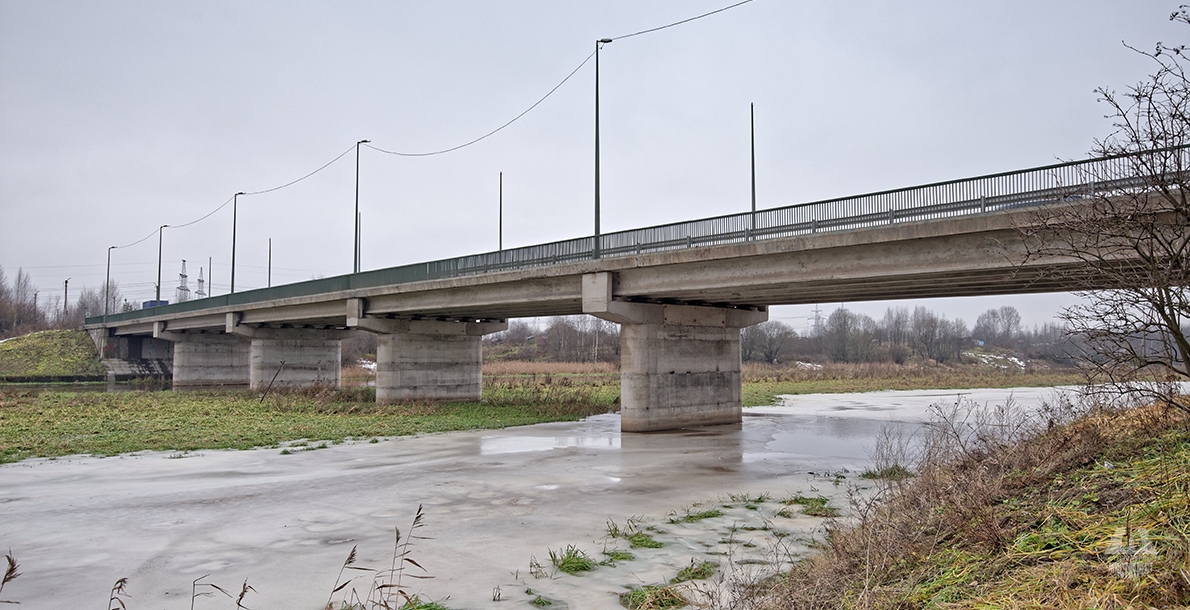 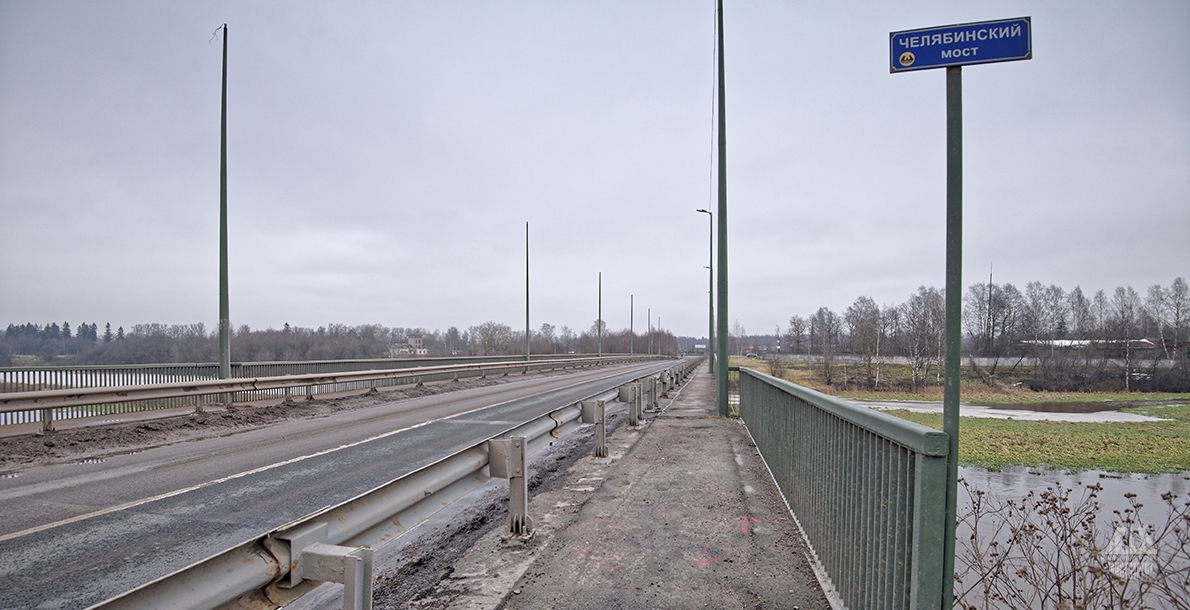 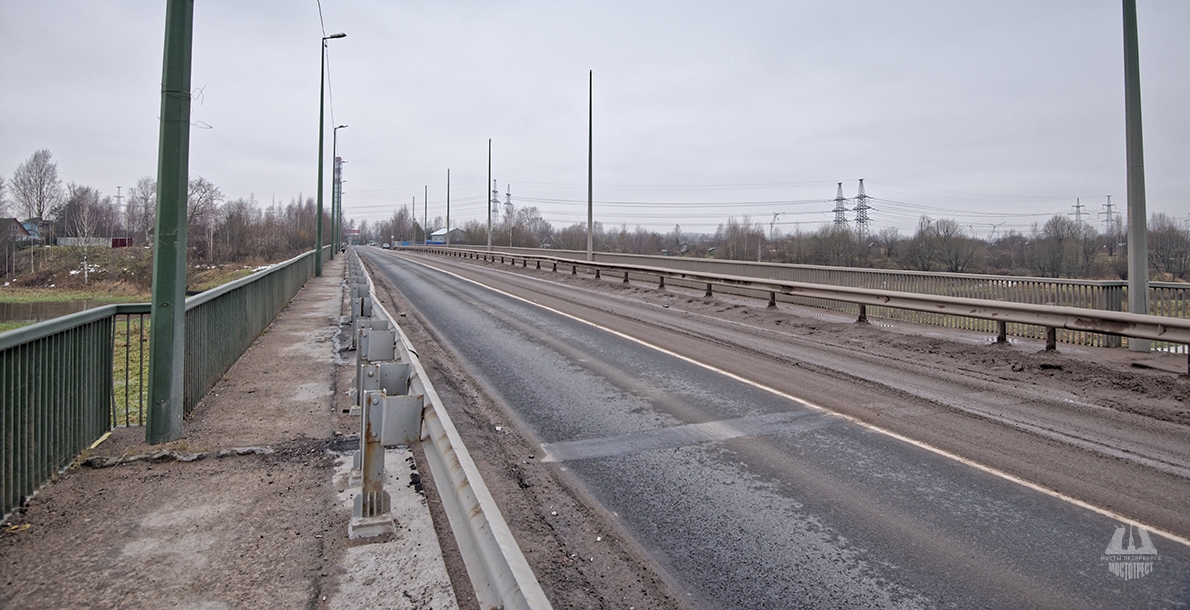 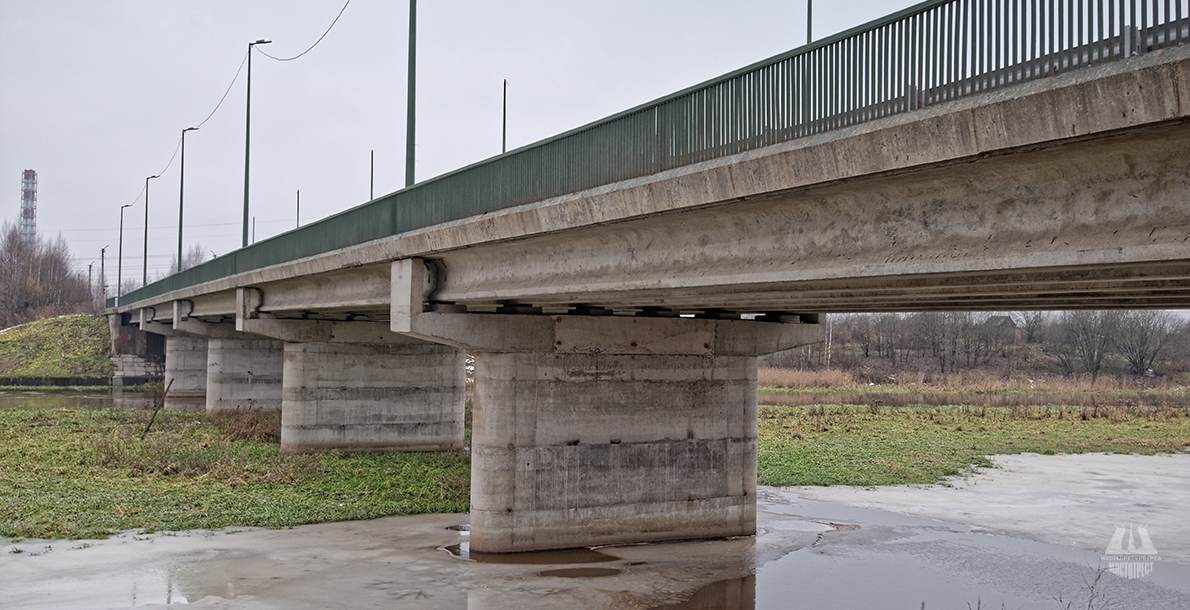 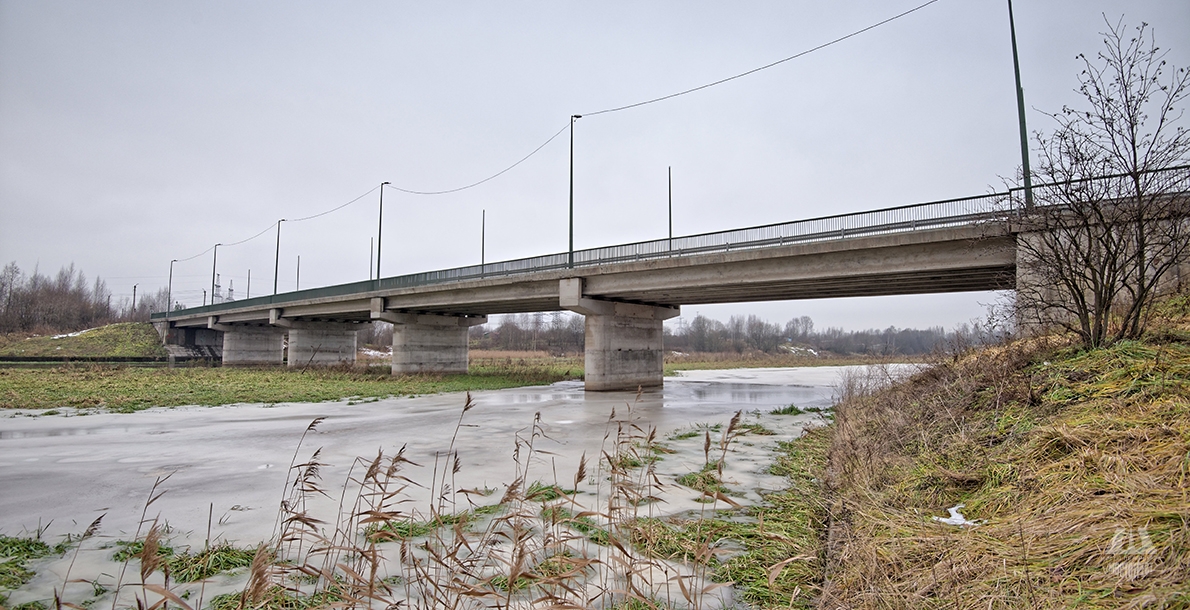 The bridge is located in the alignment of the similar-named street, in the territory of former Rybatskaya village. This village was located along the right bank of the river, four kilometres downstream the confluence of the Murinsky Creek. Until 1917 this area was known by the name of the landowner – Antonevich’s cottage, and in 1920-1960 it was renamed Rybatskaya. Currently the territory is occupied with gardening, and the name Rybatskaya disappeared from the toponymy of St. Petersburg. Now this is a street along the river starting at the bridge and ending with the road to Rybatskaya village. For the most part the village is built up with modern houses, but somewhere the old village houses are still remained.

It is known that there existed a wooden bridge before.

There is an asphaltic concrete pavement. The sidewalk is separated from the roadway with reinforced concrete curb and metal barrier fencing with a height of 75 cm.

Metal welded railing of a simple pattern with metal pillars is installed on the bridge.

The bridge was built by efforts of Lenmostostroy under the direction of Chief engineer V.V. Drozdov. Engineer V.A. Shmidt exercised technical supervision of the work.

The bank of the Okhta River near Chelyabinsky Bridge is considered one of the main fishing places on the river.