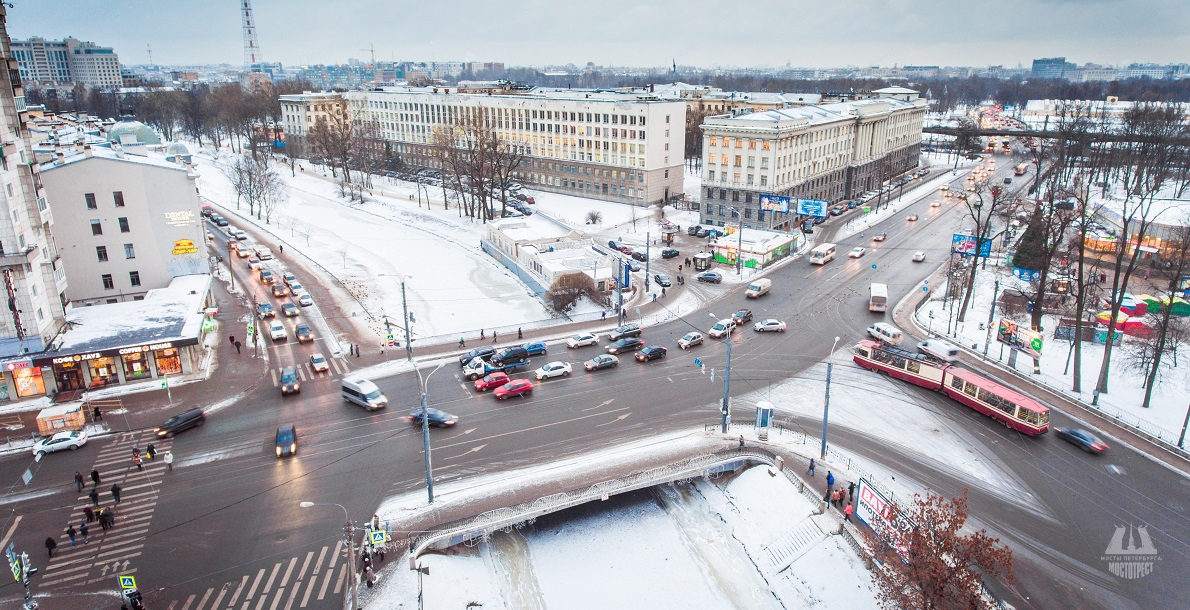 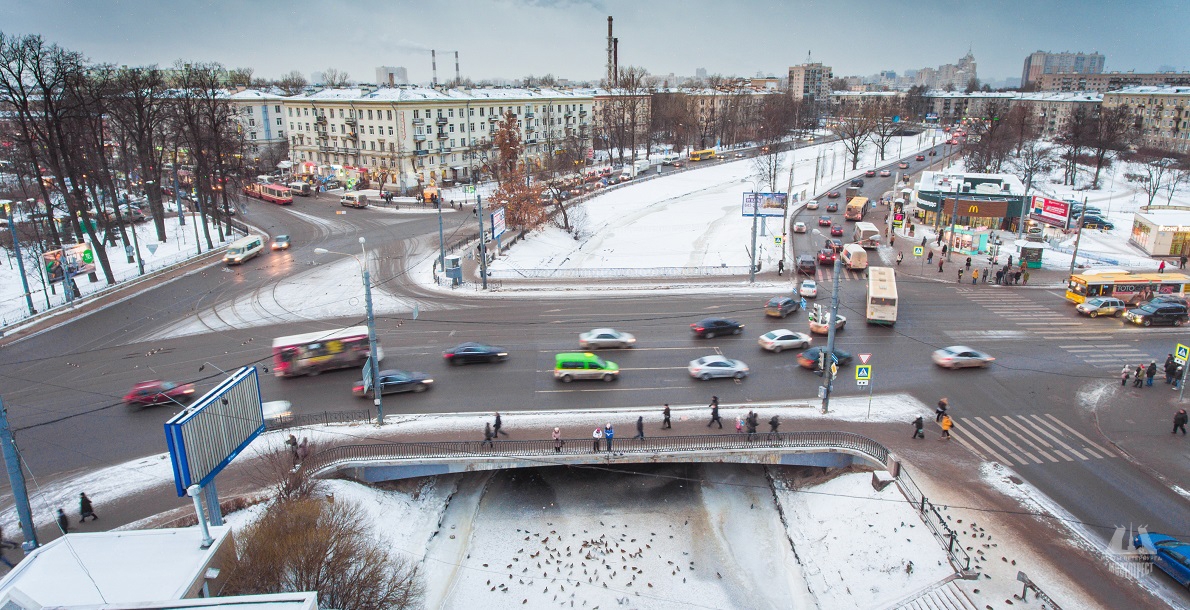 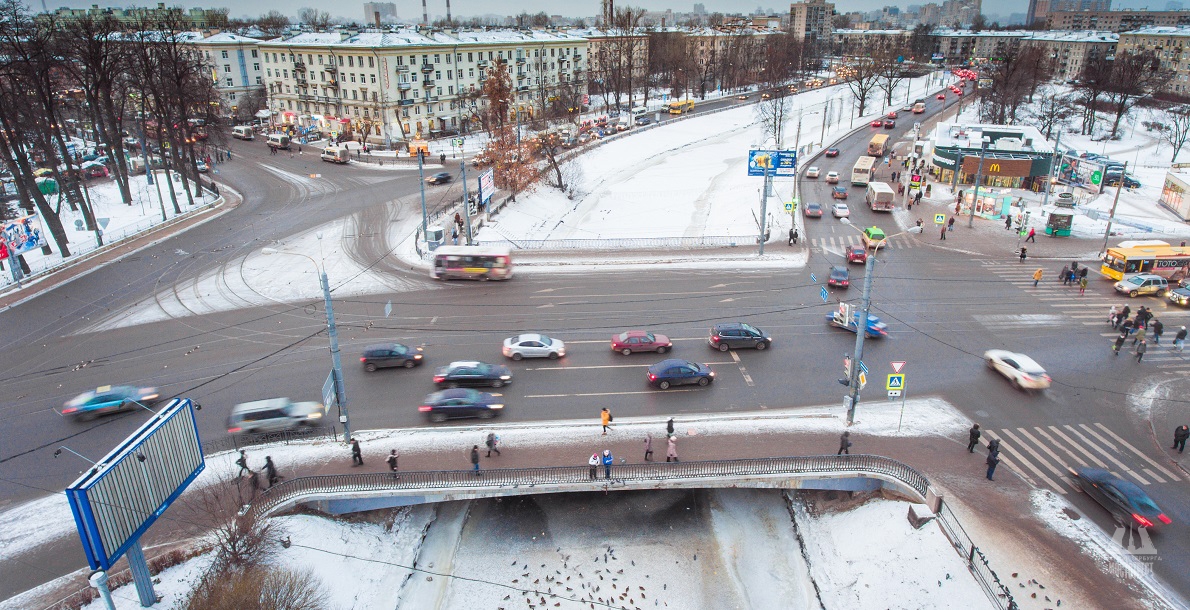 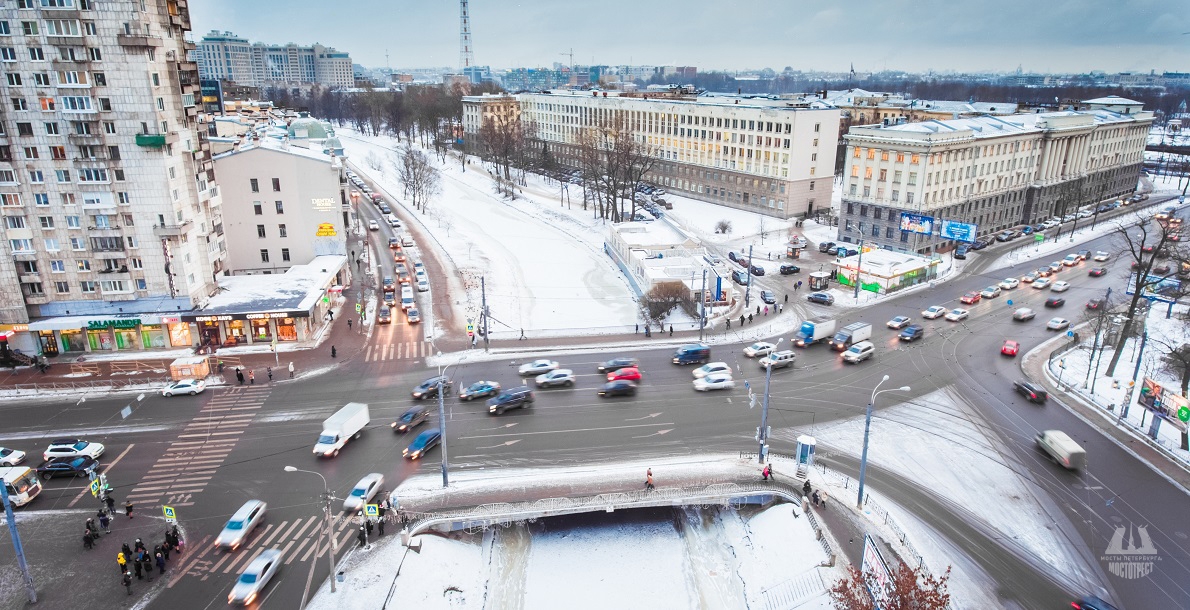 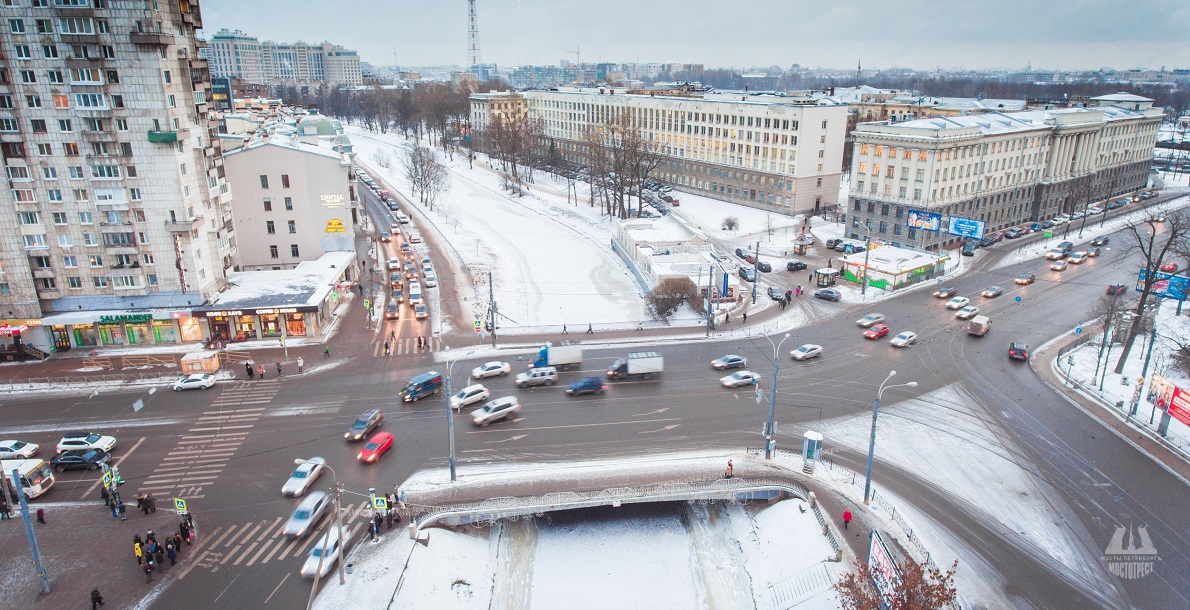 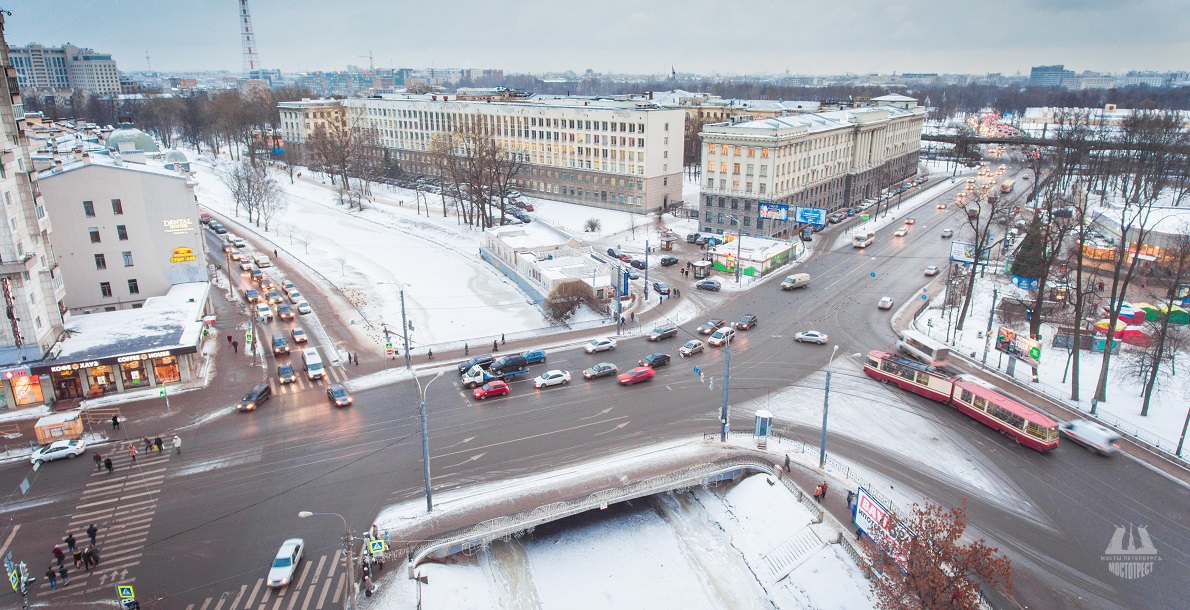 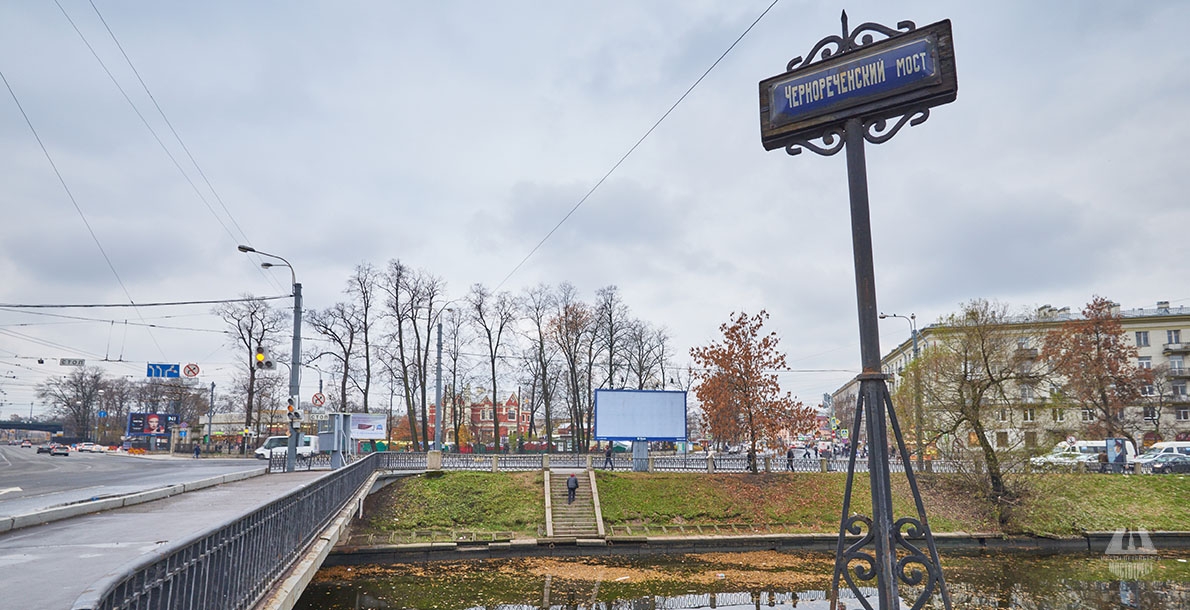 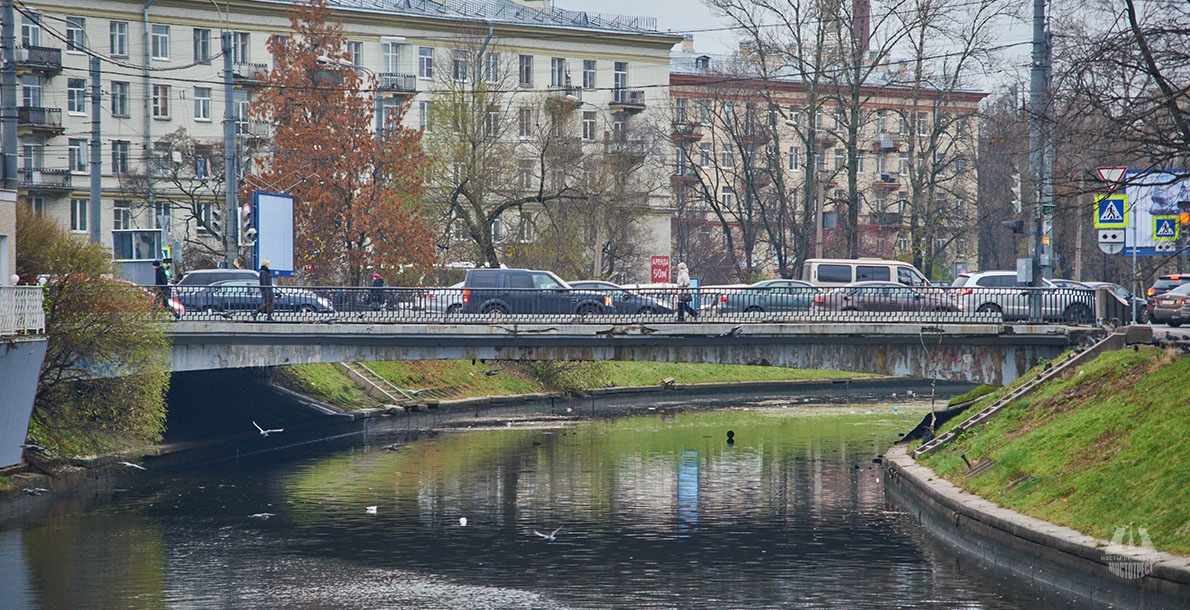 Chernorechensky Bridge is a bridge across Chornaya River (Bolshaya Nevka estuary). It is located in the alignment of Torzhkovskaya Street, Savushkina Street and Academician Krylov Street.

The crossing, connected two banks of Chornaya River, can be called historical bridge of Saint-Petersburg. Its images can be found in gravures of the 19th century.

Wooden bridge construction relates to 1828. The superstructure consisted of three wooden girders. That time, the bridge has another name – Komendantsky after historical name of Komendantsky field, which is now known as Komendantsky airdrome.

In 1836-1846 the bridge was renamed to Nikolsky; this name was connected to Nikolskoye settlement, which was located on left bank of Chornaya River.

In 1932, due to tram roads installation, the bridge was strengthened. Wooden girders of the superstructure were replaced by metallic ones. Abutments, roadway, sidewalks and railing remained wooden.

The bridge length is 17.3 meters, and width is 23.5 meters. The wooden bridge was repaired several times. Limited carrying capacity and narrow roadway did not satisfy transport demands.

In 1969, under the project of Lengiproinzhproject’s Engineer A.D. Gutzeit and architect L.A. Novikov, the bridge was restructured to single-span concrete three-hinged frame of unified members in roadway forming the superstructure. The superstructure has curved outline of the bottom chord and imperfect link in a catch.

The bridge abutments are massive, piled, made from reinforced concrete, and faced with granite. The roadway is covered with asphalt concrete pavement; sidewalks – with sand asphalt. Railing is made of cast iron grids with steel inserts. At the ends of the railing granite pedestals are installed.