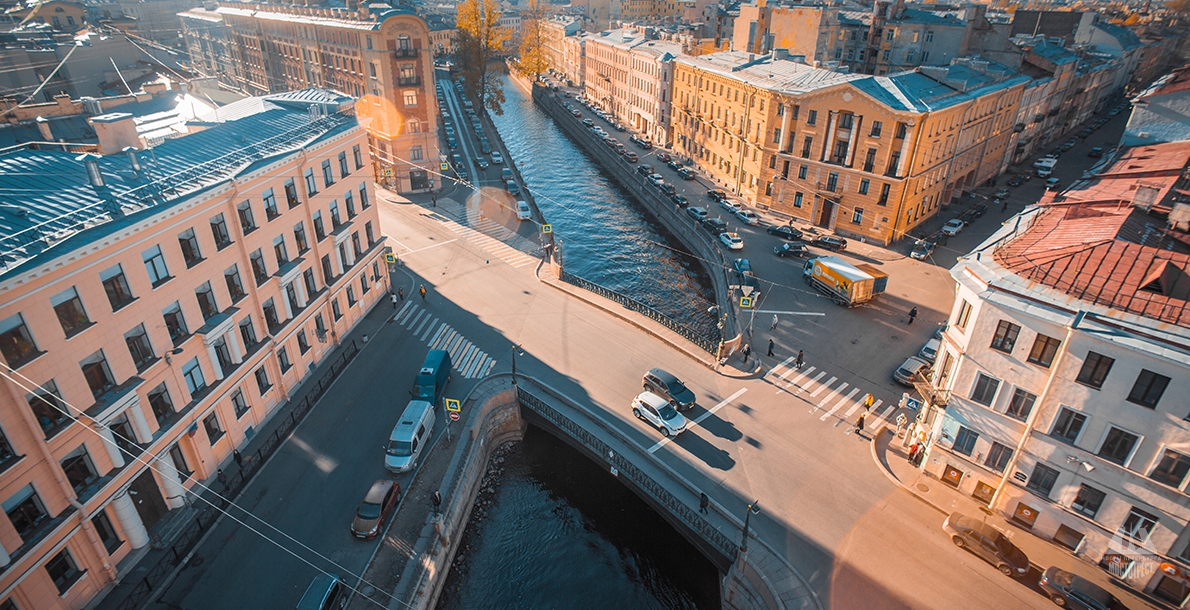 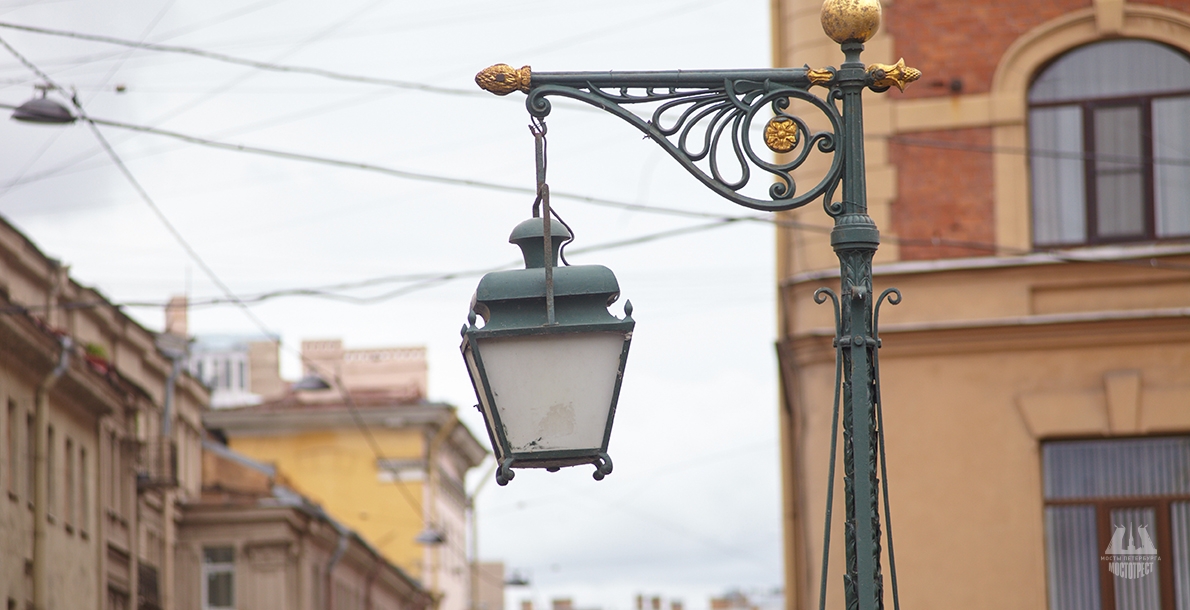 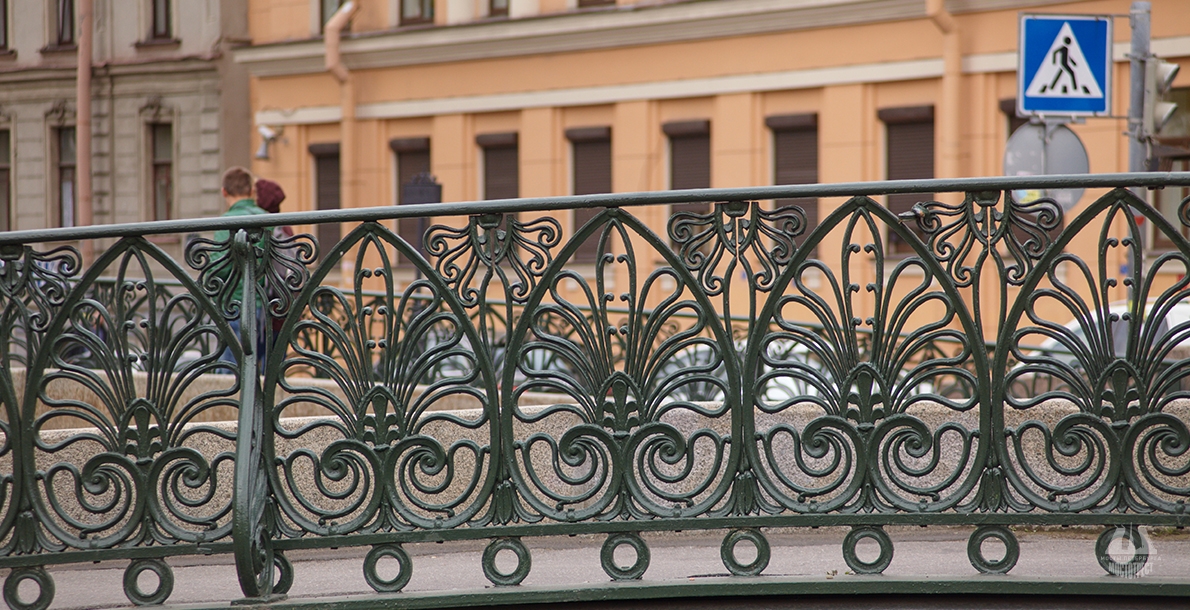 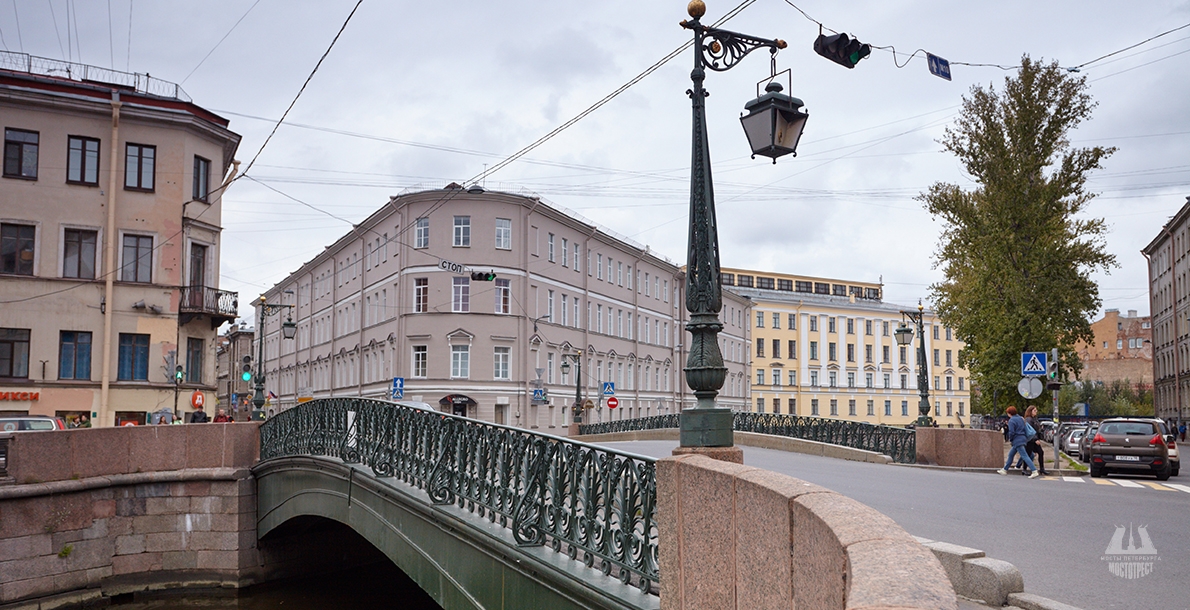 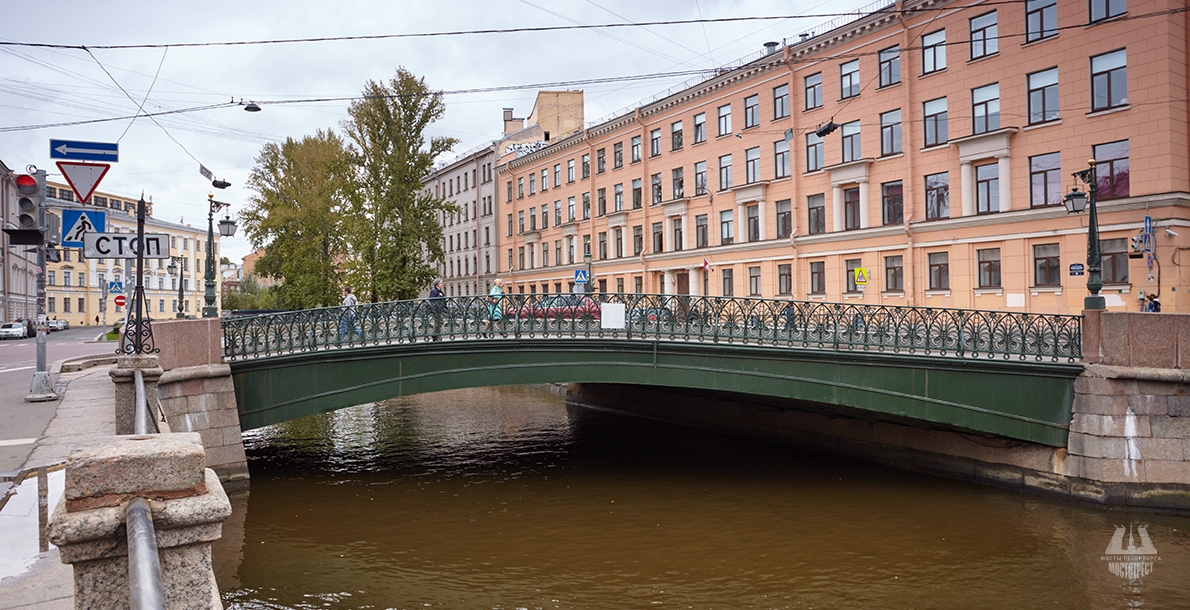 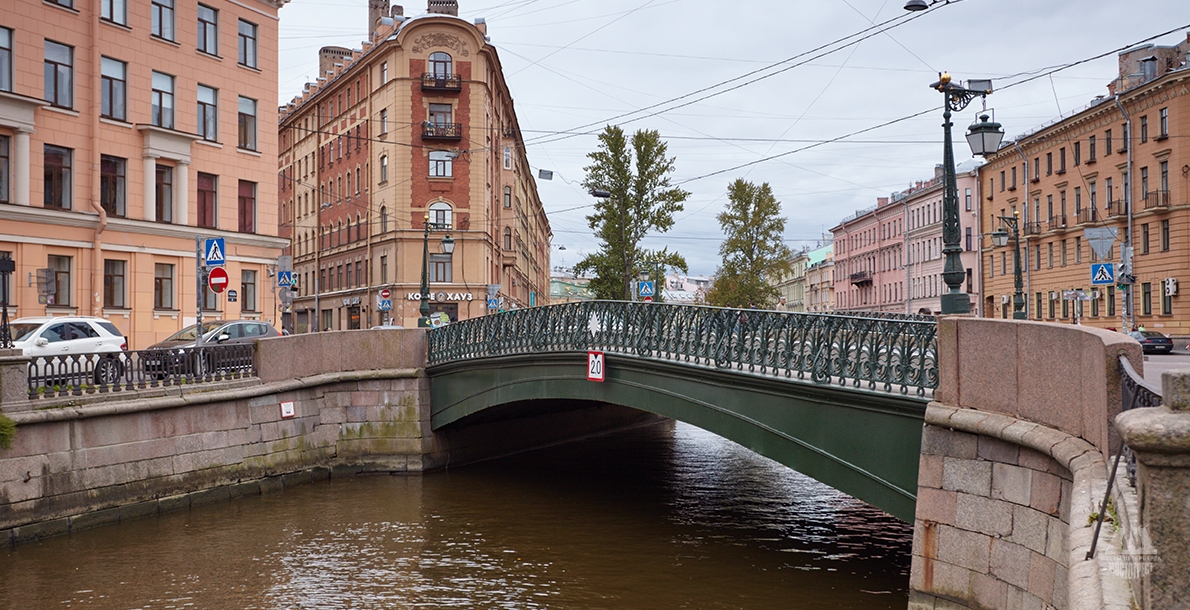 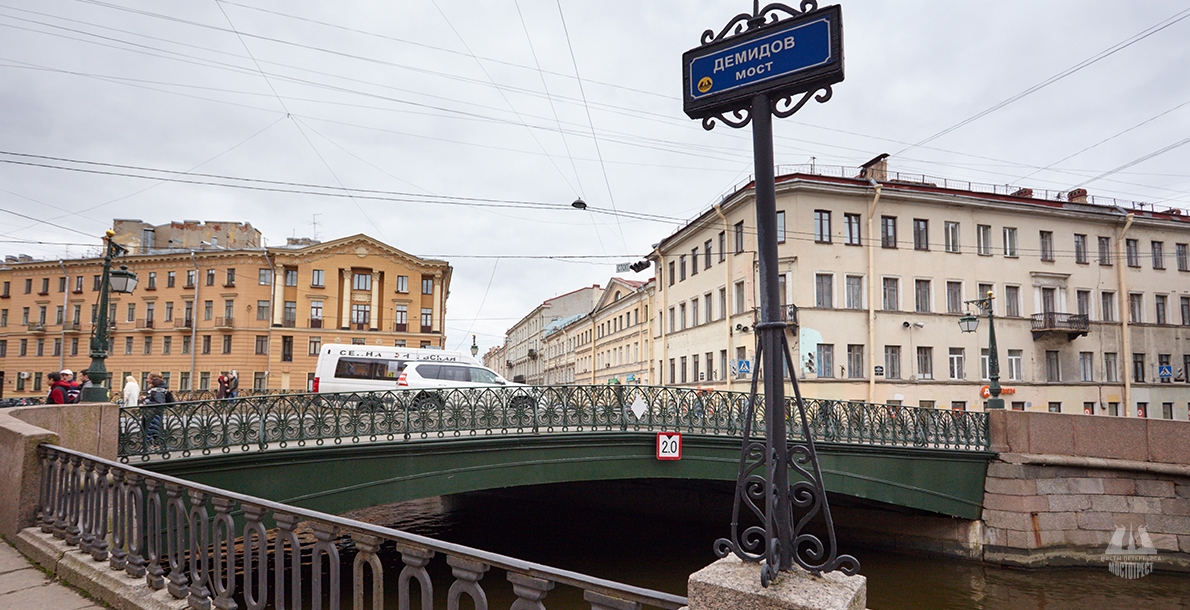 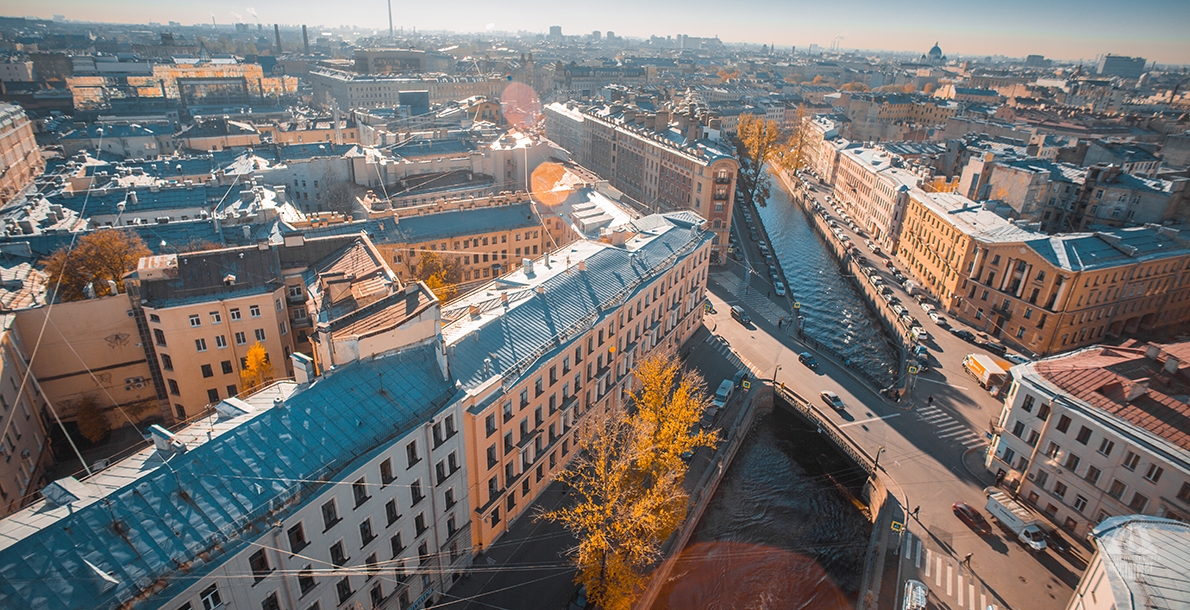 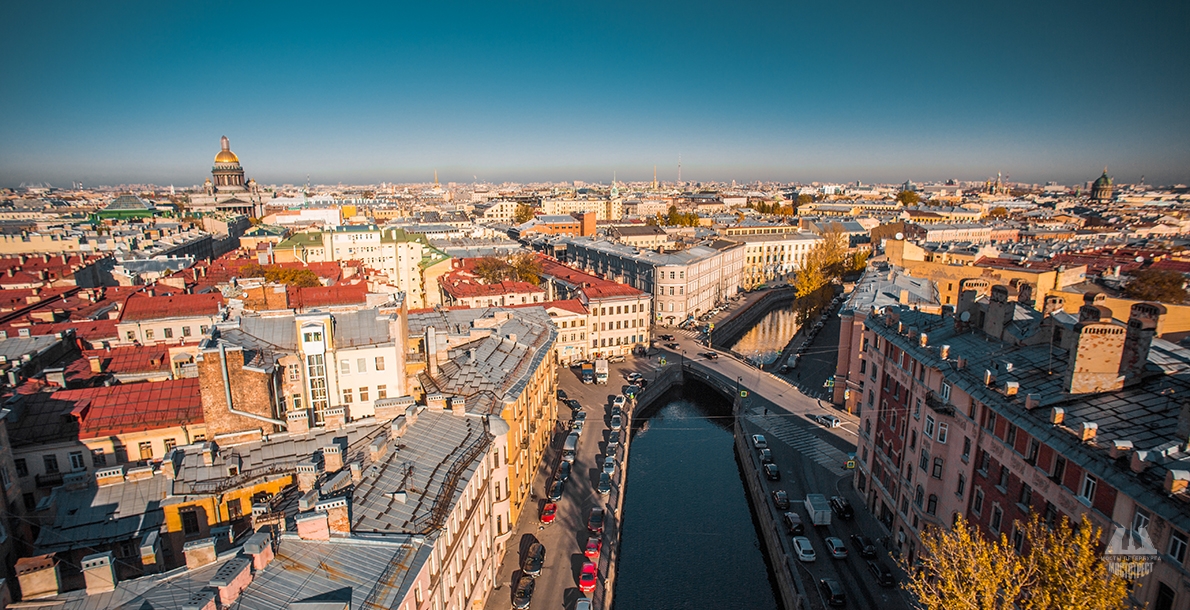 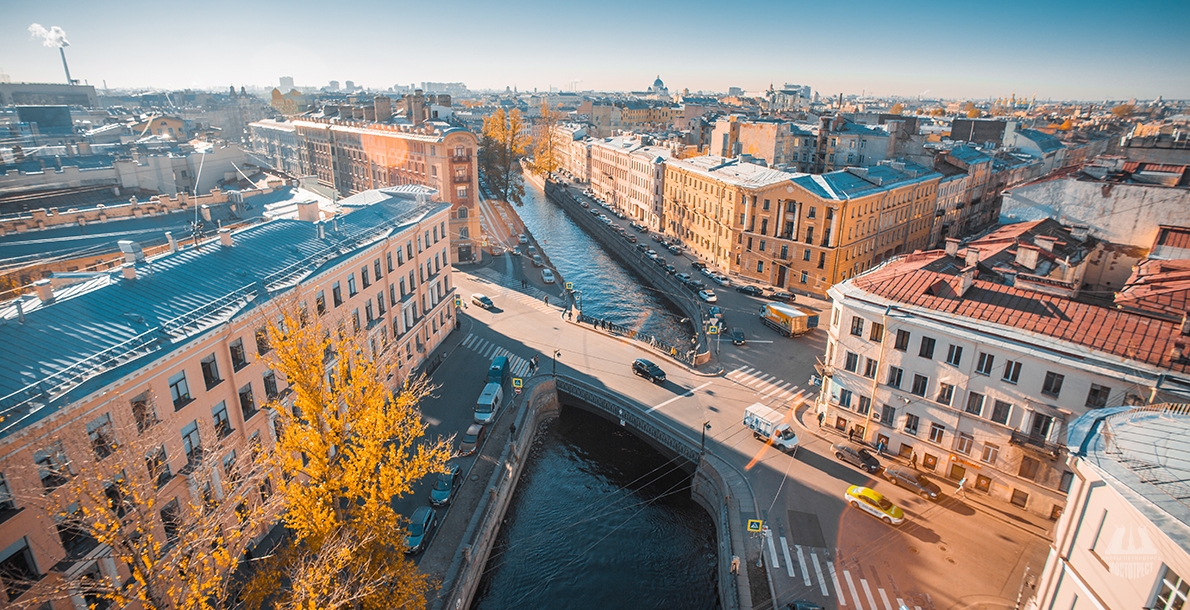 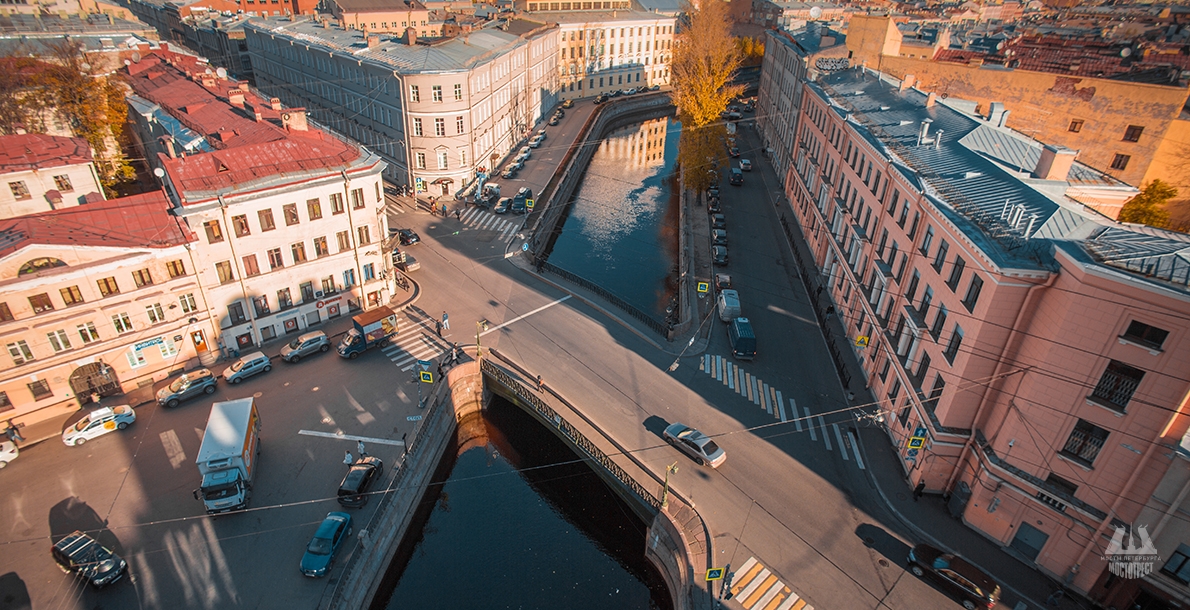 Demidov Bridge (formely Bank Bridge – 1844-1902) connects Kazansky Island and Spassky Island across the Griboyedov Canal in Admiralty District of St. Petersburg. It is noteworthy that there is one-way traffic in the direction of the centre of St. Petersburg only. Having passed from this bridge to the Moyka River, and turning right, you can go to St. Isaac's Square. If you go in the opposite direction, the road will take you to Sennaya Square.

Since August 20, 1739 there was wooden Maly Saarsky Bridge, as the road ran through it to the country house Saarskaya Myza (Tsarskoye Selo).

In 1834-1835, under the project of engineers E.A. Adam and P.P. Bazen, a single-span cast iron arch bridge was built there, which originally was named Bank Bridge, as it was located near the Loan Bank. However, this name was given to previously constructed Bank Bridge over the Griboyedov Canal near the Assignation Bank building (now building of St. Petersburg State University of Economics).

The bridge was named Demidov after the estate of the rich mine owners, who in the XVIII century possessed a vast site on the corner of Moyka Embankment and Demidov Pereulok (now Grivtsov Pereulok, it was renamed in memory of A.I. Grivtsov – a Hero of the Soviet Union who died at the Leningrad front when crossing the Narva River).

Demidov Bridge is one of the typical cast iron arch bridges, built under the project of engineer V.I. Haste in the period from 1806 to 1843.

The superstructure consists of cast-iron tubing connected to each other by bolts and represents a continuous vault. There are massive rock abutments on pile foundation, and faced with granite. Cast iron railings of complicated pattern are installed on the bridge; and on wing walls there are granite parapets. The bridge entrances are decorated with granite stand lamps with lanterns on the brackets. There is an asphaltic concrete pavement on the bridge. And there is a sidewalk of granite slabs on wing abutments. The roadway is separated from the sidewalks by granite curb.

The structural and decorative elements of the bridge were made on the Alexander Ironworks in St. Petersburg. It is possible that A.I. Stakenschneider was one of the authors of the pedestrian railing design (it resembles a grating created by the architect for the balcony of Mariinsky Institute building).

In 1954-1955 the bridge was repaired under the project of architect A.L. Rotach. The stand lamps, lanterns and gratings damaged during the blockade were restored.

In 1969 the gilding of architectural details of the bridge was restored.

In 1988 high granite parapet railing was installed on the roadway.

In 1999, during major repair of the bridge, the following works were performed: retaining of reinforce concrete slab, waterproofing, replacement of superstructure facade sheets, injection of rubble masonry of abutments, restoration of pedestrian railings and stand lamps. This architectural design of the bridge was retained in its original form, which is particularly important for the general panorama of the city and its history. After all, despite the fact that Demidov Bridge is less known than, for example, its neighbour - Potseluev Bridge (Bridge of Kisses), nevertheless, it represents not less architectural, historical and aesthetic value. True connoisseurs of beauty know that the railings of Demidov Bridge having palmetto ornament (fan-shaped leaves), is a true masterpiece of casting art. 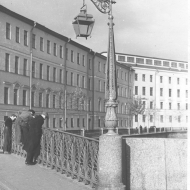 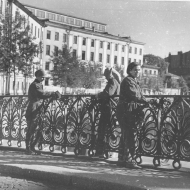 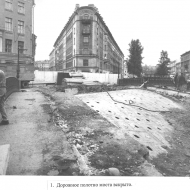 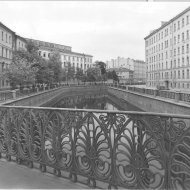 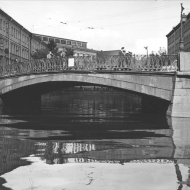 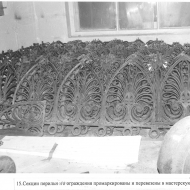 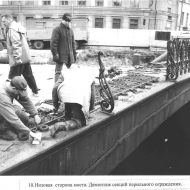 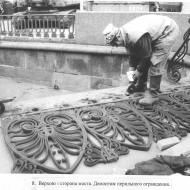