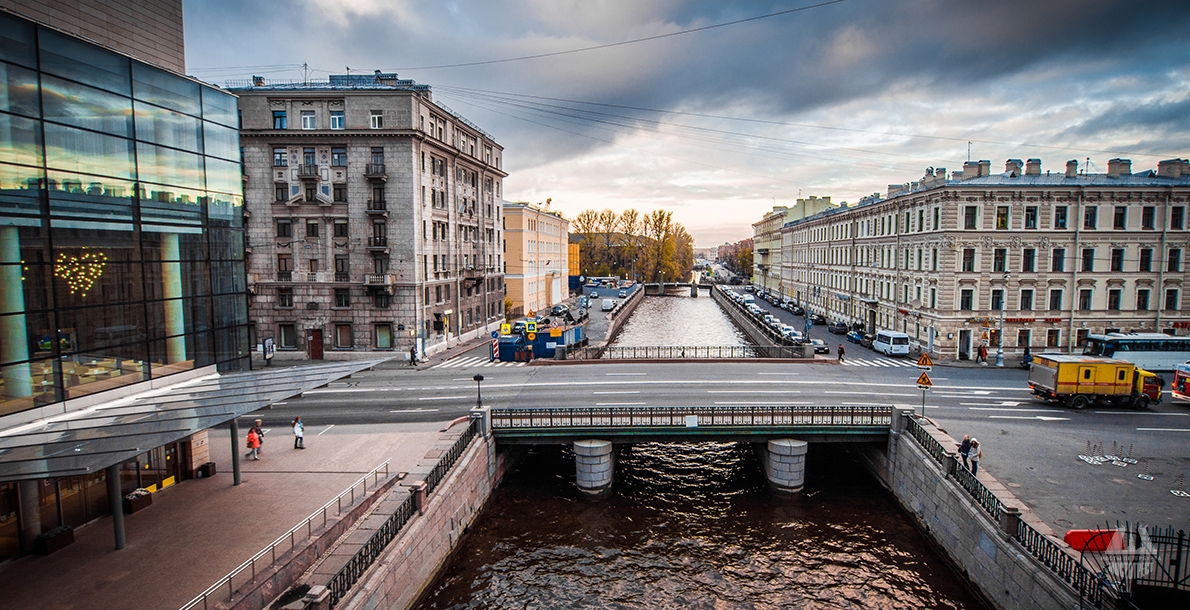 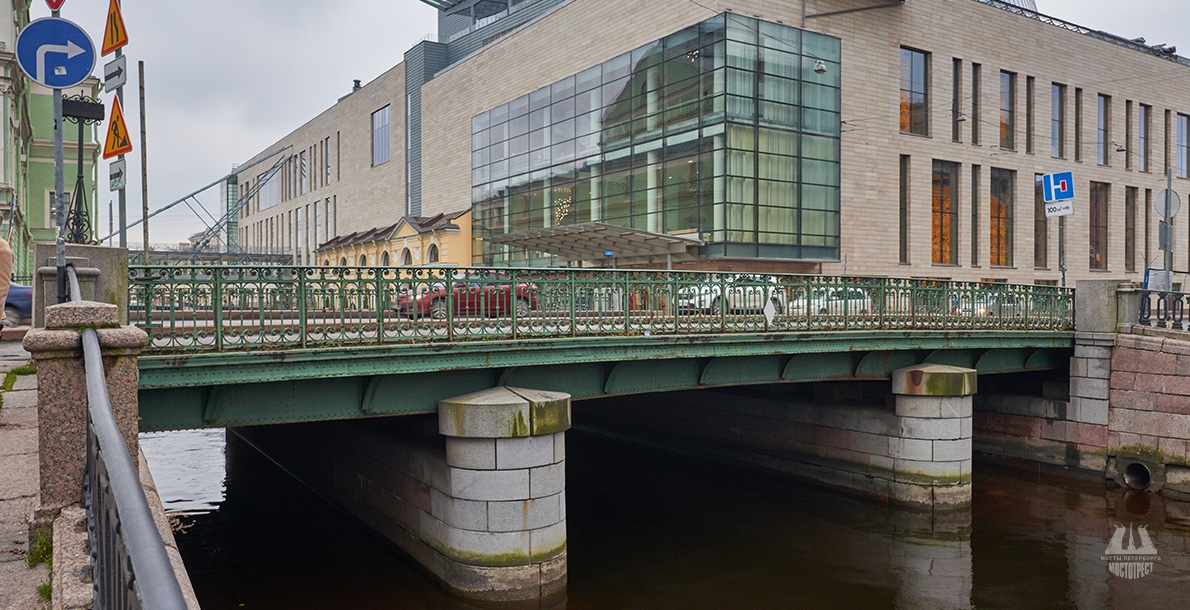 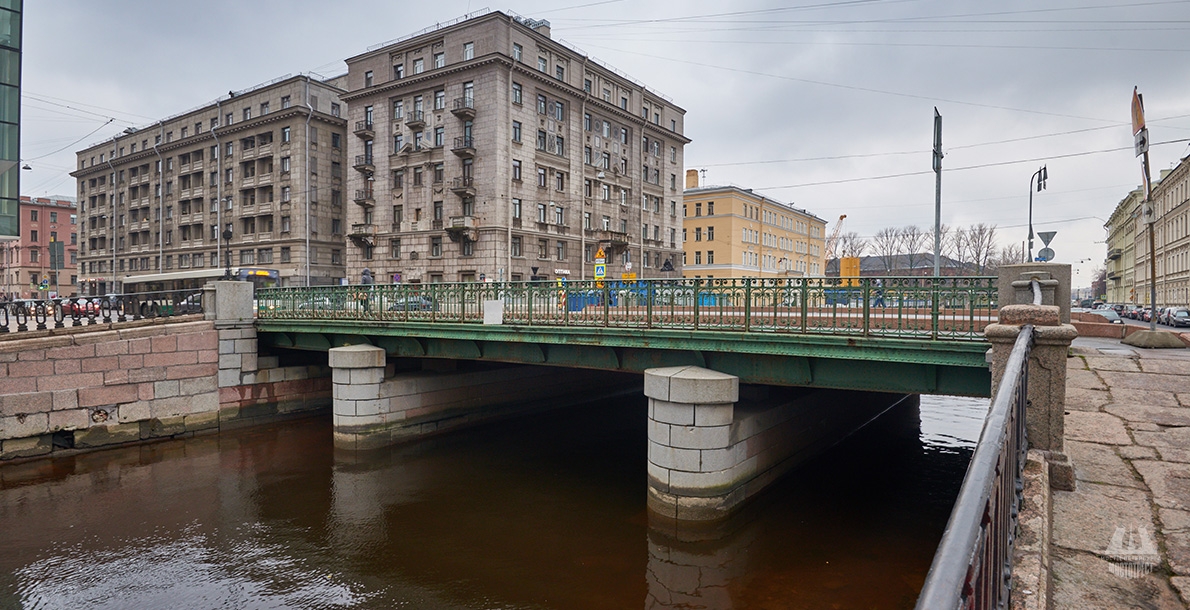 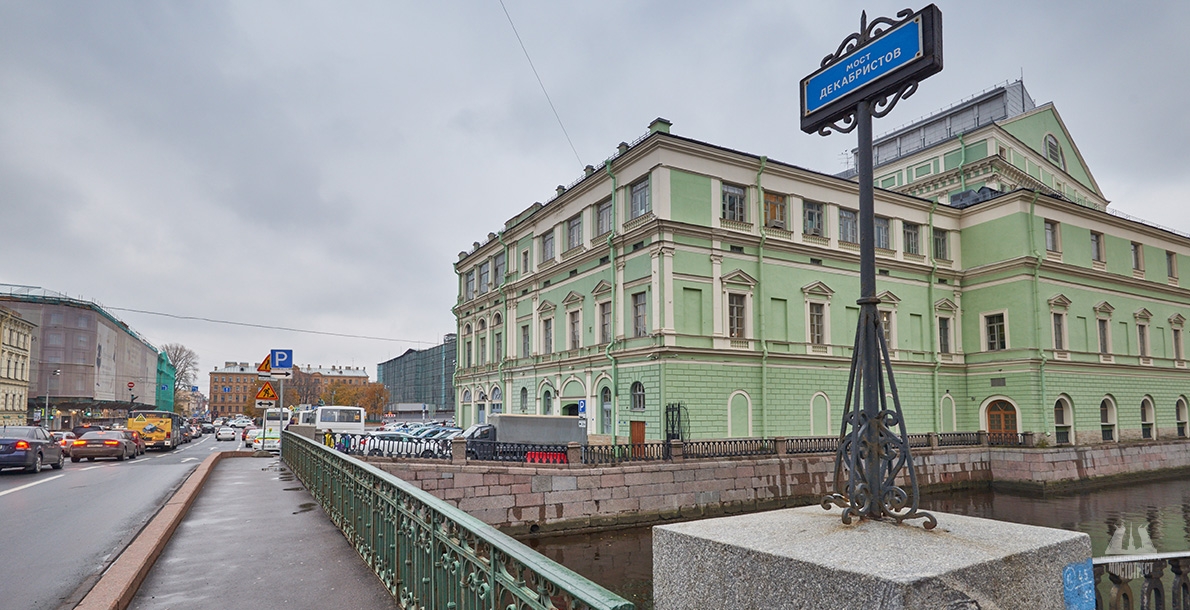 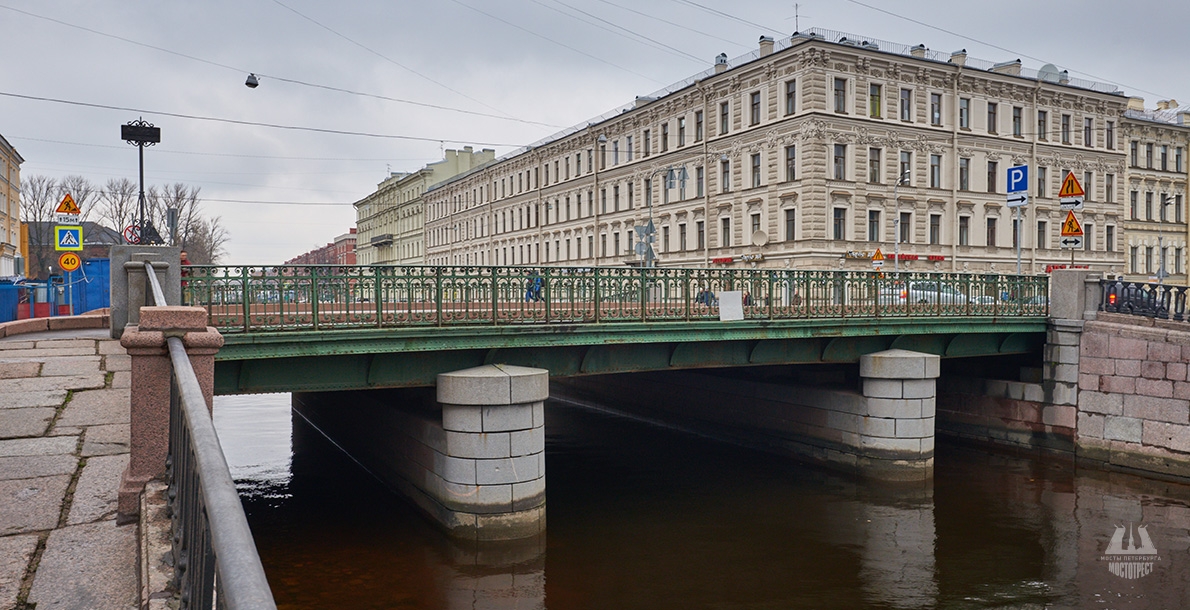 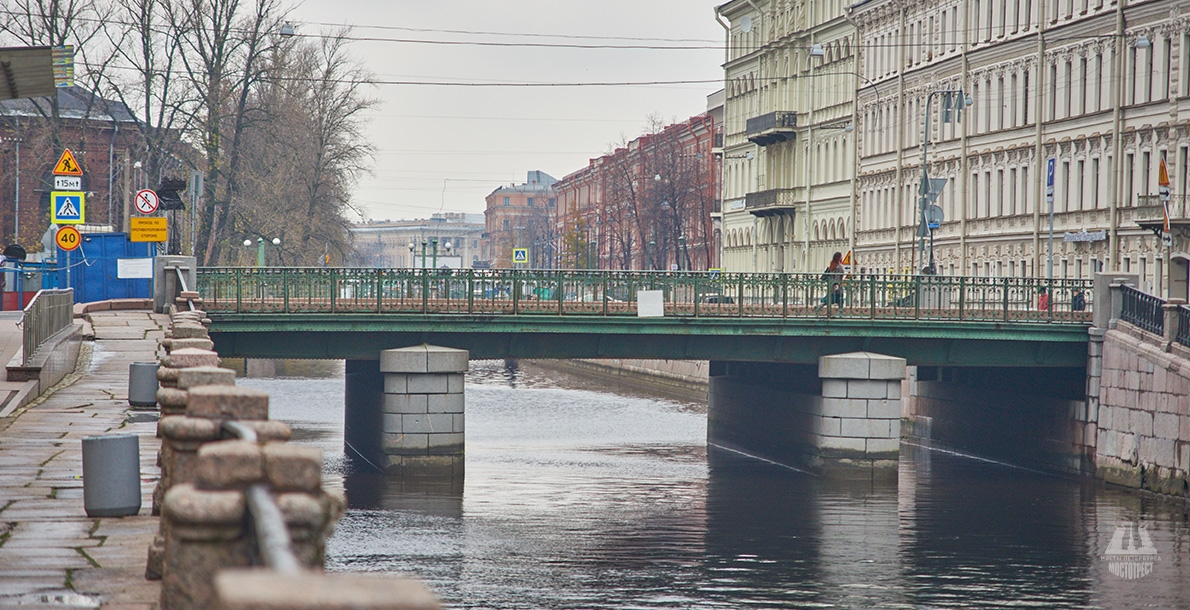 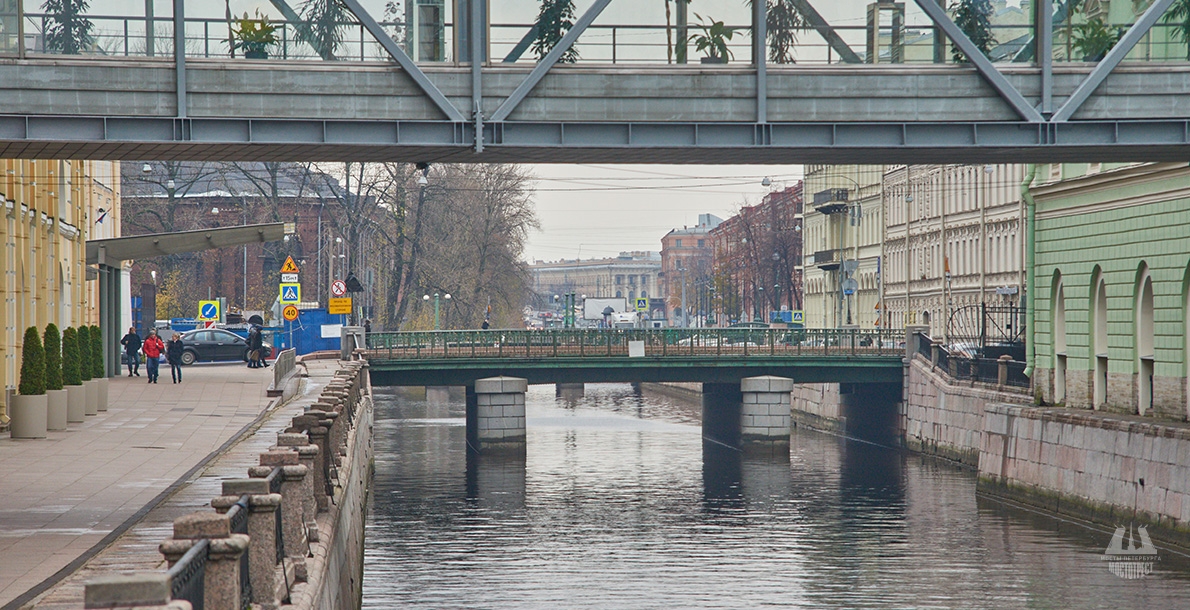 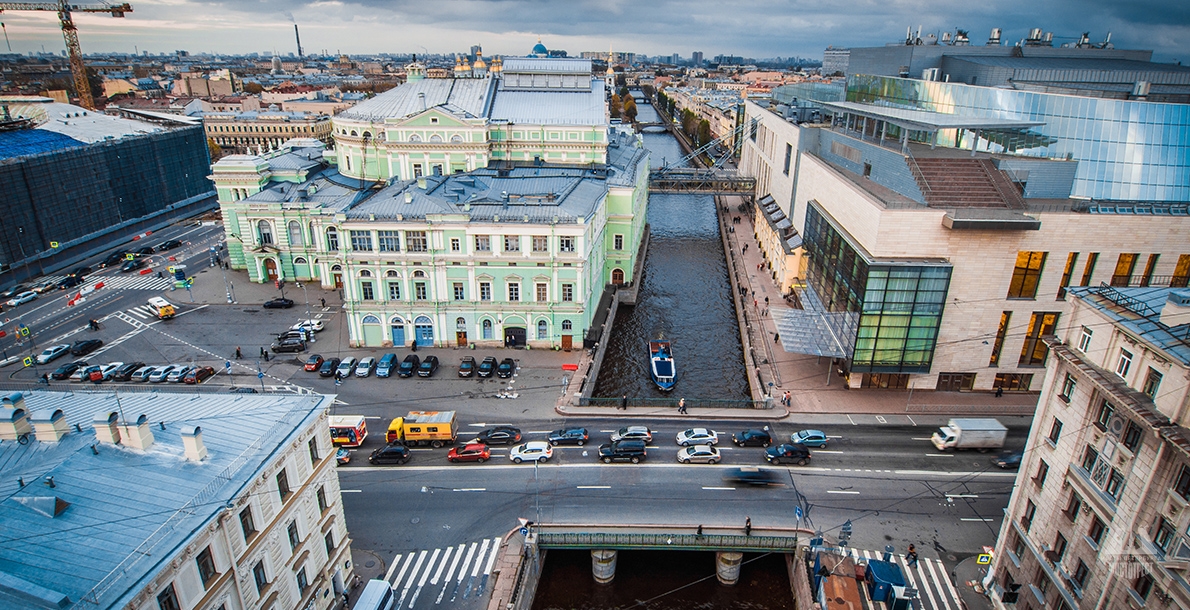 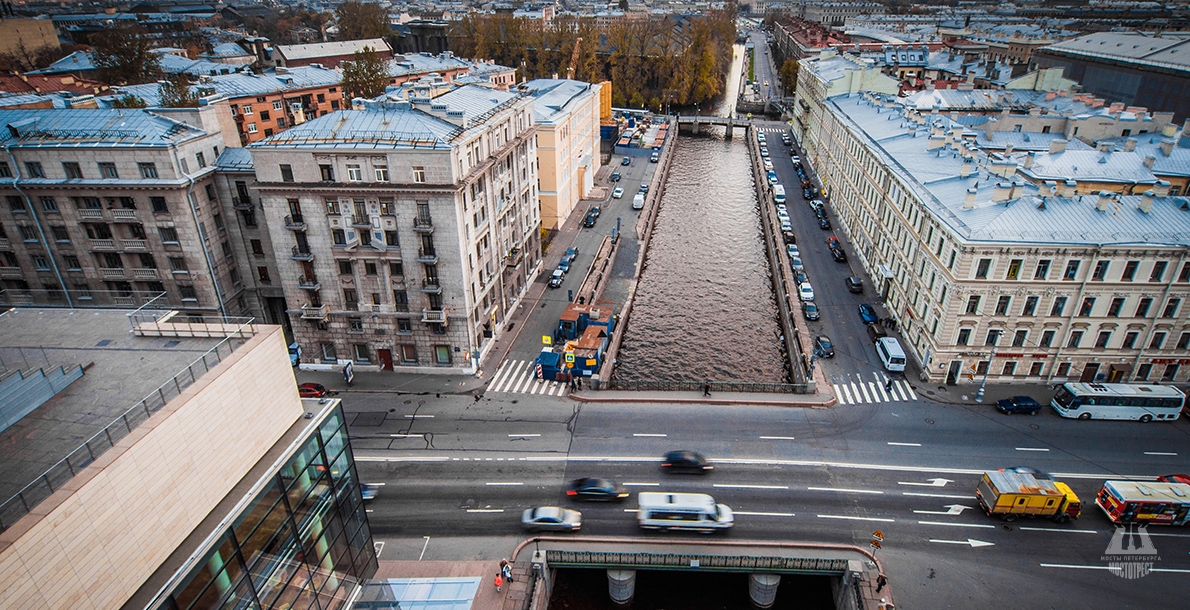 Decembrists’ Bridge is located at the axis of the Dekabristov Street near Theatre Square; connects Kolomensky Island and Kazansky Island. Since 1798 it was named the Officers Bridge under the name of Officers Street. On October 6, 1923 the bridge was renamed as Decembrists’ Bridge.

It was a three-span wooden simple bridge with a central lifting span. There were stone abutments and supports on pile foundations, faced with granite. There was a wooden roadway pavement. Railings were metal ones of a simple pattern.

In 1914, due to the increased traffic, the bridge was reconstructed by the project of railway engineer A.A. Pshenitsky. The width increased from 13.0 m to 23.3 m. The bridge supports were dismantled up to the raft foundation in places of supports widening, additional piles were driven and concrete raft was laid, new supports were installed. For this purpose a part of the Kryukov Canal including the bridge were separated by two transverse webs closed behind the abutments, the water was pumped out, and the work was carried out in a dry pit. The old spans were replaced with metal riveted continuous three-span I-section beams, connected by transverse beams and covered by trough iron. Bottom of beams of a central span has a concave shape in a parabola for larger clearance. The bridge abutments are made on one level with the embankment wall on pile foundation and faced with granite. Figured granite obelisks were dismantled from river piers. There is metal forged railing of a simple pattern. The historical appearance of the bridge slightly modified after its restoration.

In 1990 waterproofing and granite parapet railing were replaced, granite drainage gutter was restored under the project of Leninzhstroyproekt. The crossing is located between the old and the new building of Mariinsky Theatre.