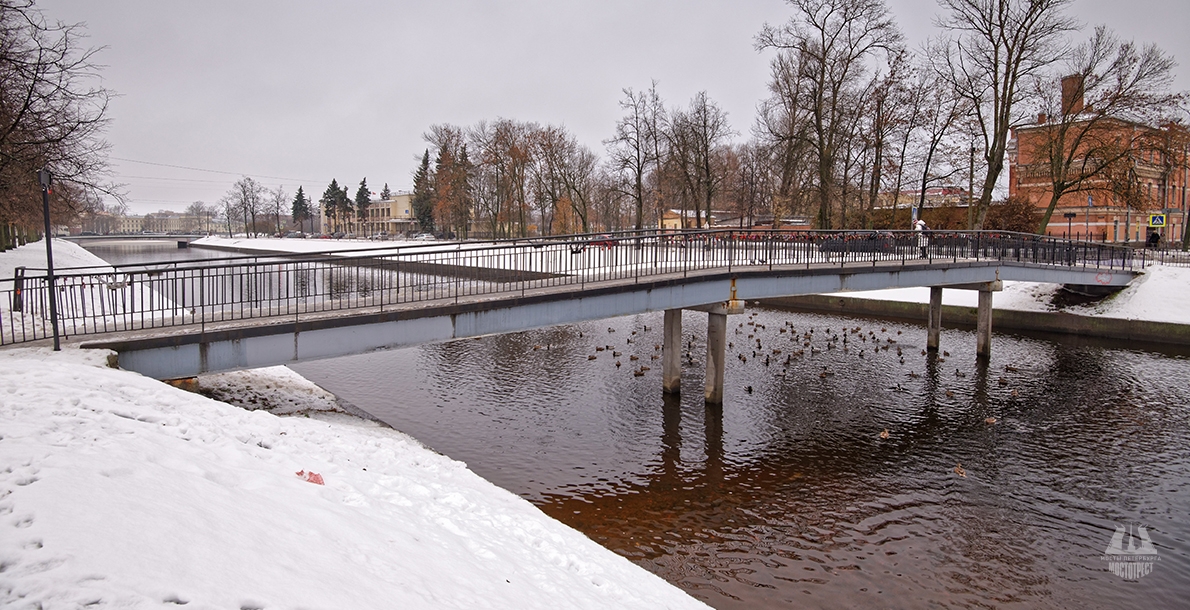 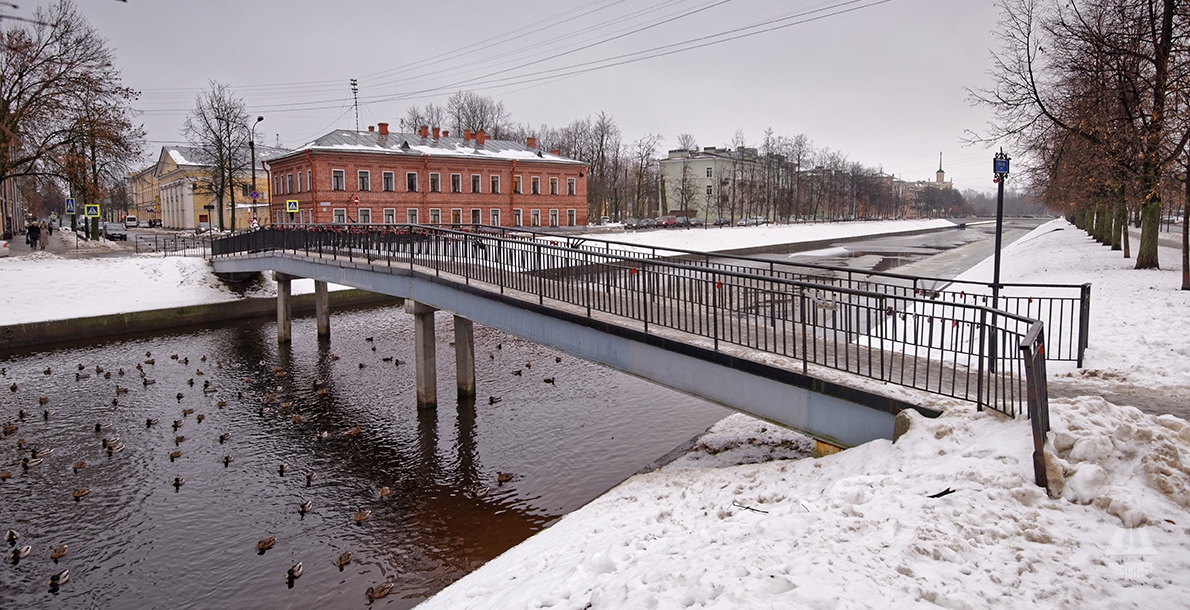 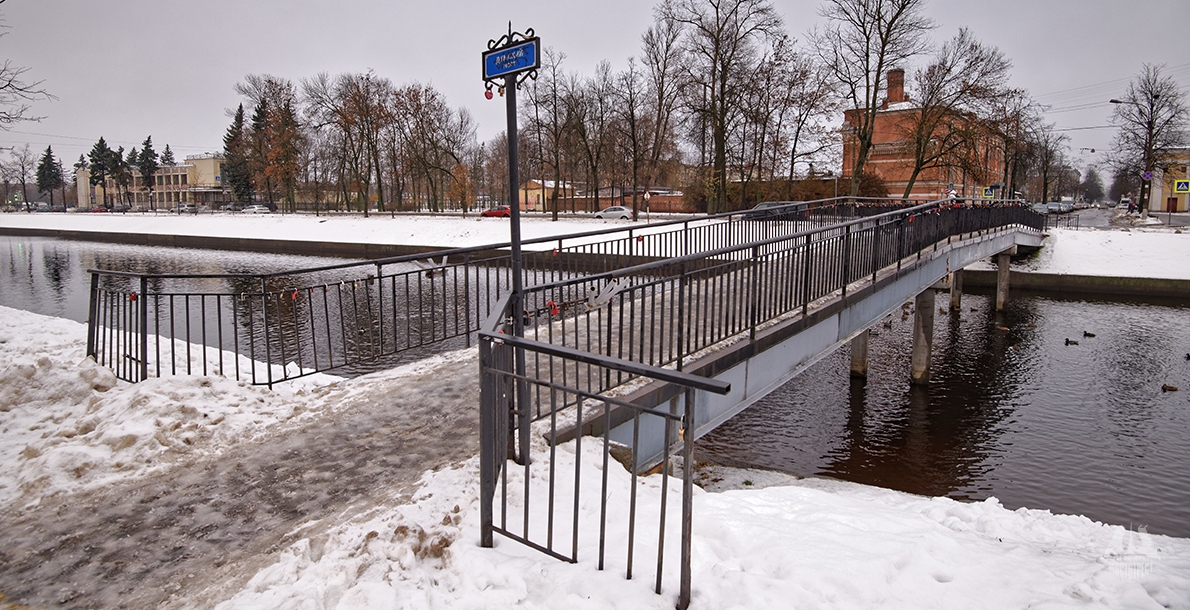 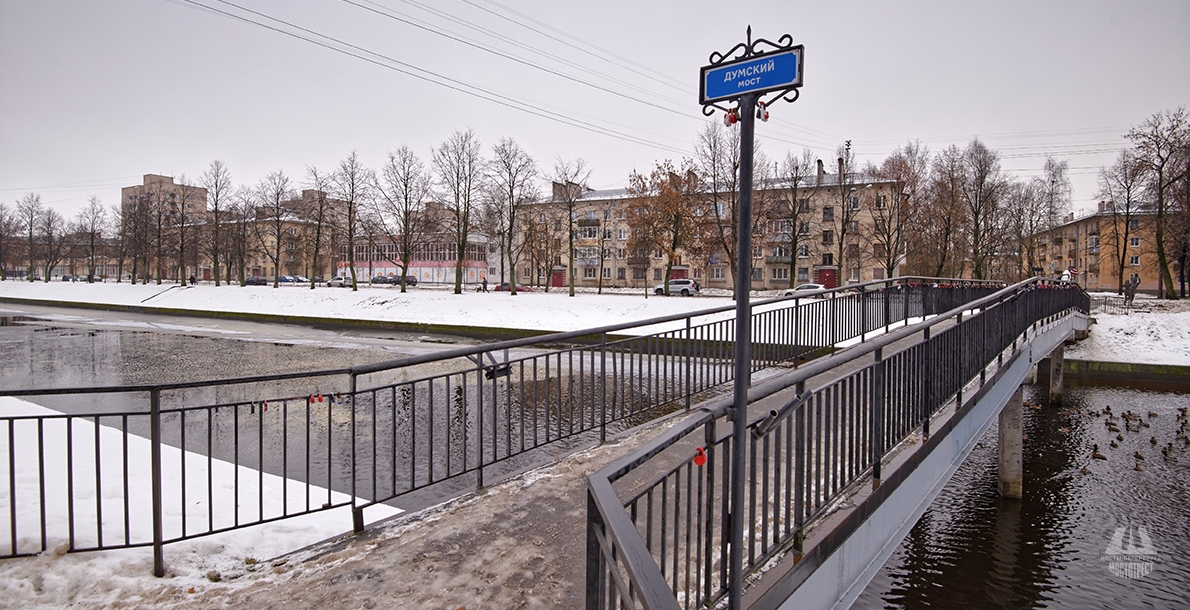 Dumsky bridge in Kolpino is designed for pedestrian traffic over the Komsomolsky Canal in the central part of the city.

This is a pedestrian bridge; it is a three-span beam bridge with metal spans of I-beams with the sidewalk reinforced concrete slab covered with a layer of asphalt concrete. The bridge supports on pile foundation consist of two piles which are interconnected by concrete capping in places of superstructures bearing. The metal welded railings are installed on the bridge.

In total five bridges was built across this channel: two road bridges, two pedestrian bridges and one railroad bridge. Dumsky Bridge is located opposite the School of Arts in Kolpino.

No records have been found on the exact dates of construction of the wooden and the first metal bridges and the design and construction organizations in the archives.

It is known that in 1971 according to the documentation of the Road Maintenance Facility of Kolpinsky District by the efforts of the SU-2 of Trust Lenmostostroy reconstruction of the bridge was carried out, as a result of which a new bridge to replace existing one was actually constructed.

The historical name of the bridge – Dumsky Bridge. That name was given to it because it was built at the expense of Posadskaya Duma, the local authority. Then it was named: Novgorodsky Bridge (the bridge passed to Novgorodskaya Street) and Priyutsky Bridge (from 1885 to 1918 the shelter housed in the school building). After the October Revolution of 1917 Novgorodskaya Street was renamed the Revolution Street, and a new bridge was named the Revolution Bridge. In our time, the historical name was returned to the bridge.