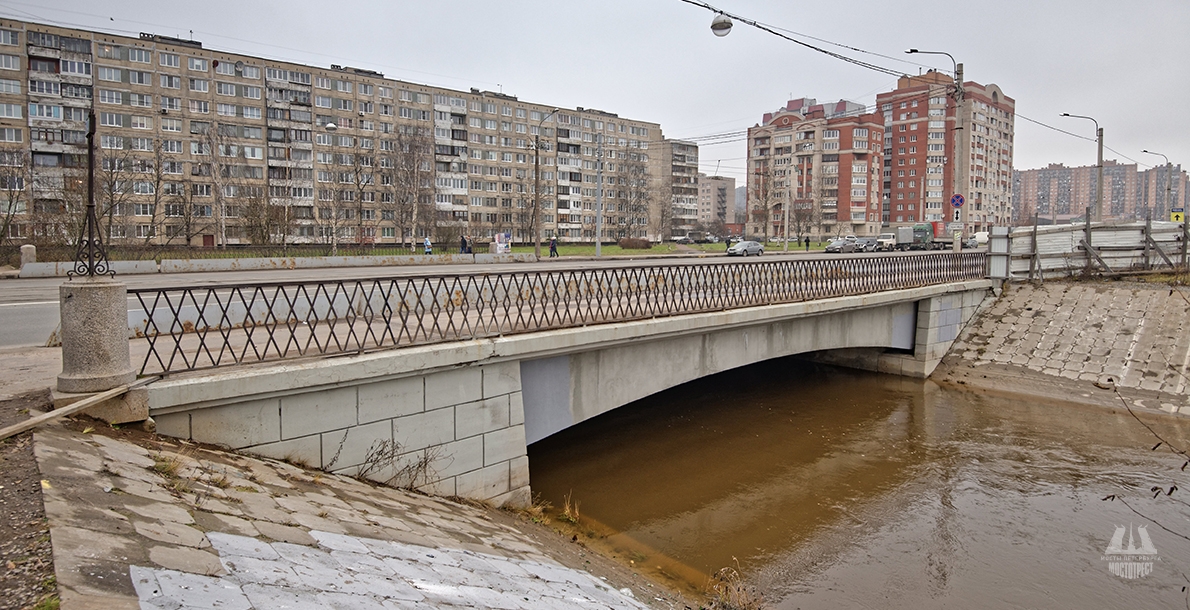 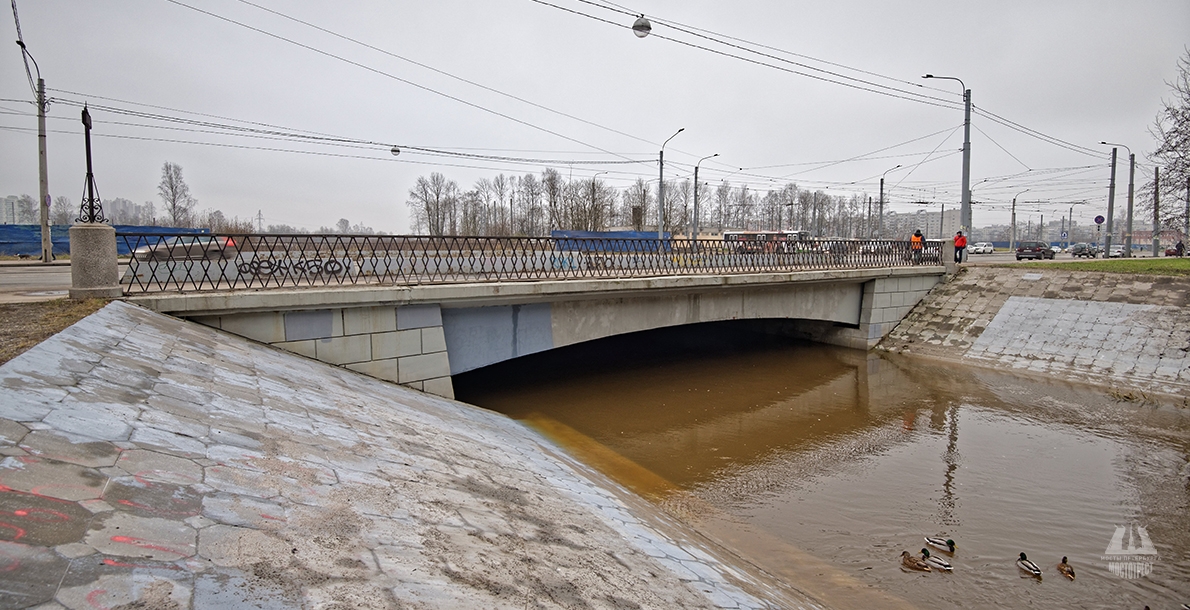 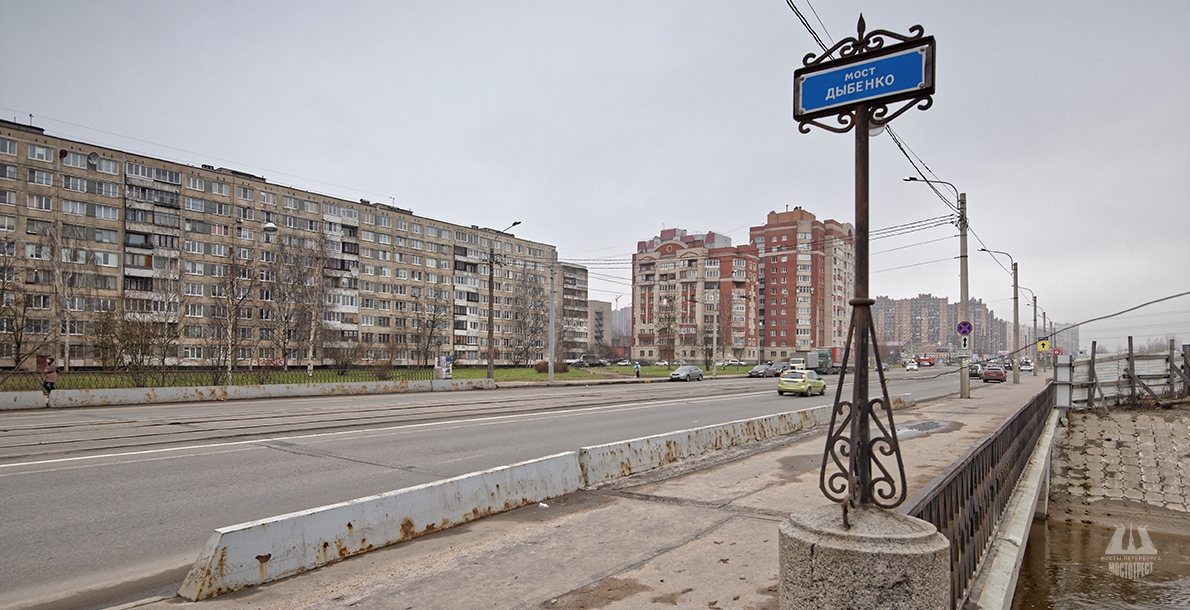 Dybenko Bridge over the Okkervil River is located in the alignment of Dybenko Street (on a highway No. 2) in Nevsky District on the right bank of the Neva River. Both the bridge and street are named in honour of the soviet state and military figure Pavel Efimovich Dybenko (repressed in 1938).

The Okkervil River is the left confluent of the Okhta River, proceeds in the east of St.-Petersburg. The river source is in bogs to the south of Koltushi Plateau. Okkervil passes on Vsevolozhsky District of Leningrad region, Krasnogvardeysky and Nevsky districts of St.-Petersburg. The approximate length is of 18 km, the width fluctuates from 1.5 to 25 m, depth of 0.25-0.8 m.

The bridge was built in 1971-1972 under the project of engineer B.E. Dvorkin of Lengiproinzhproject. This is a single-span reinforce concrete simple bridge. The bridge is designed for the traffic of trams, cars and pedestrians. Dybenko Bridge erection in St.-Petersburg solved some problems of road infrastructure.

In 2011 works on major repairs of the roadway were performed with new waterproofing of the roadway and sidewalks of the bridge, replacement of pavement by cast asphalt and tram tracks laying over the concrete plate. The sidewalk is separated from the roadway with granite parapet of reinforced concrete blocks with metal sheeting.

In connection with active development of residential district Kudrovo Dybenko Bridge is today one of key crossings for residents of the right-bank part of Nevsky District.