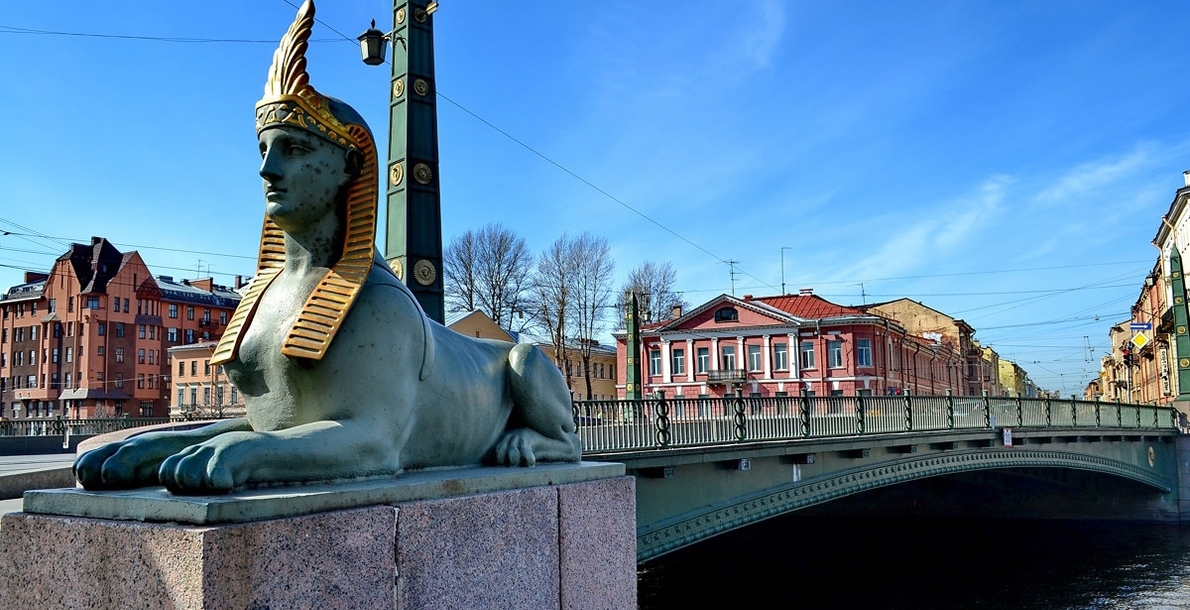 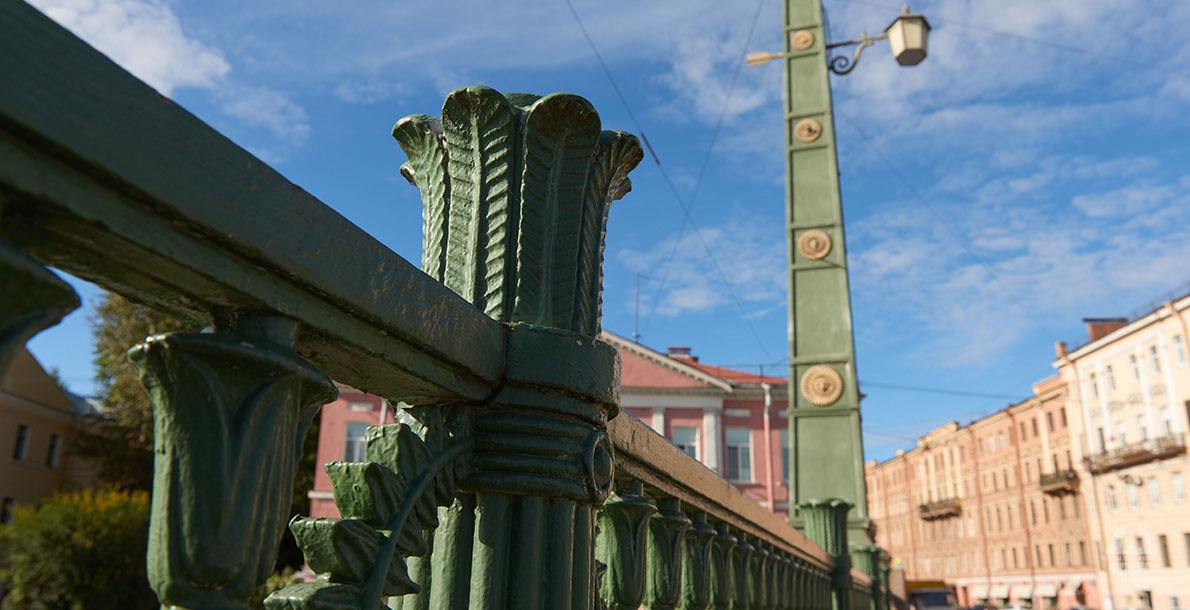 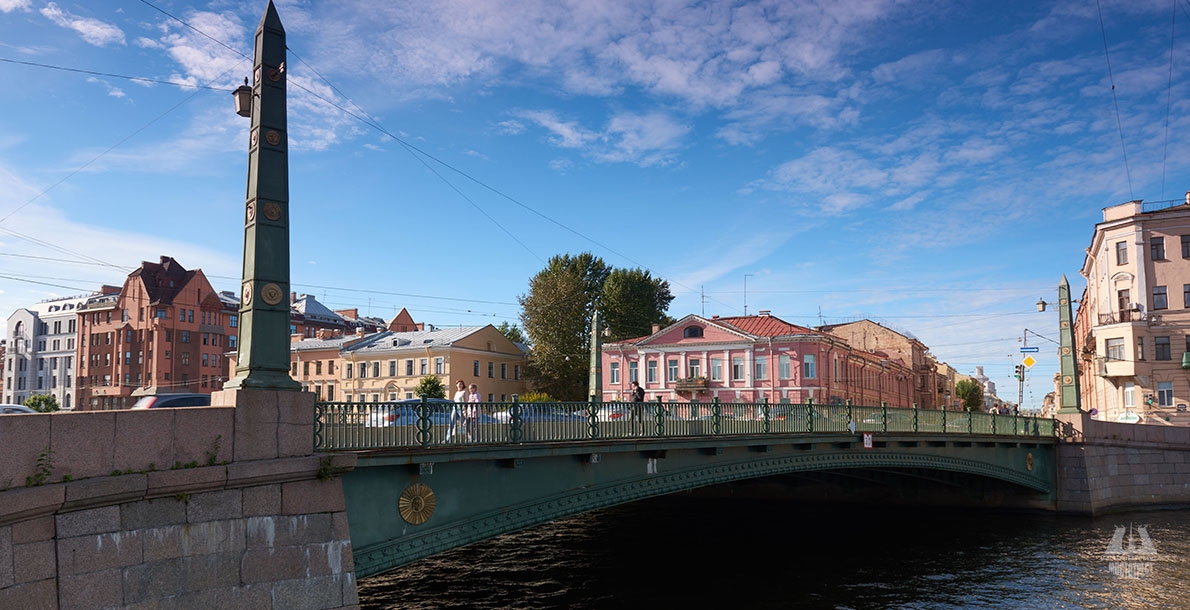 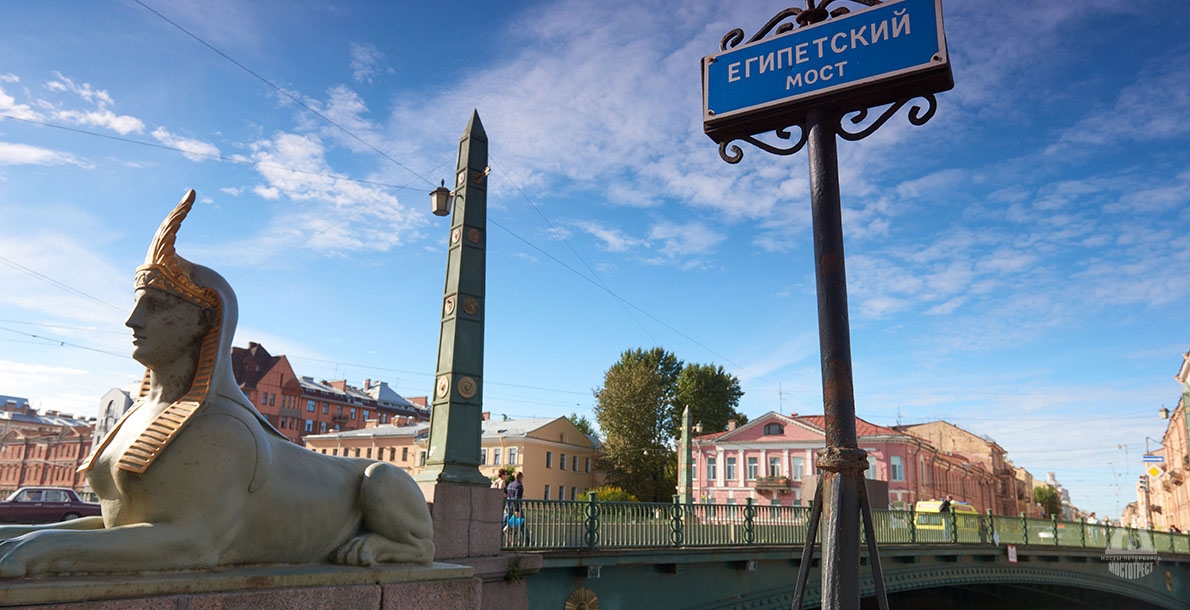 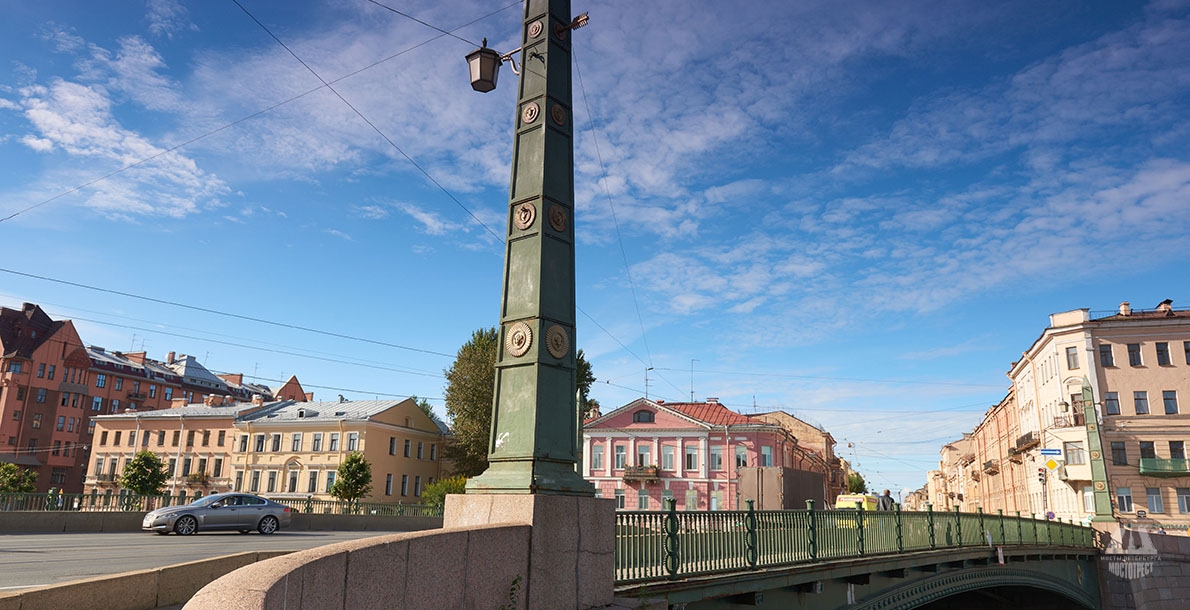 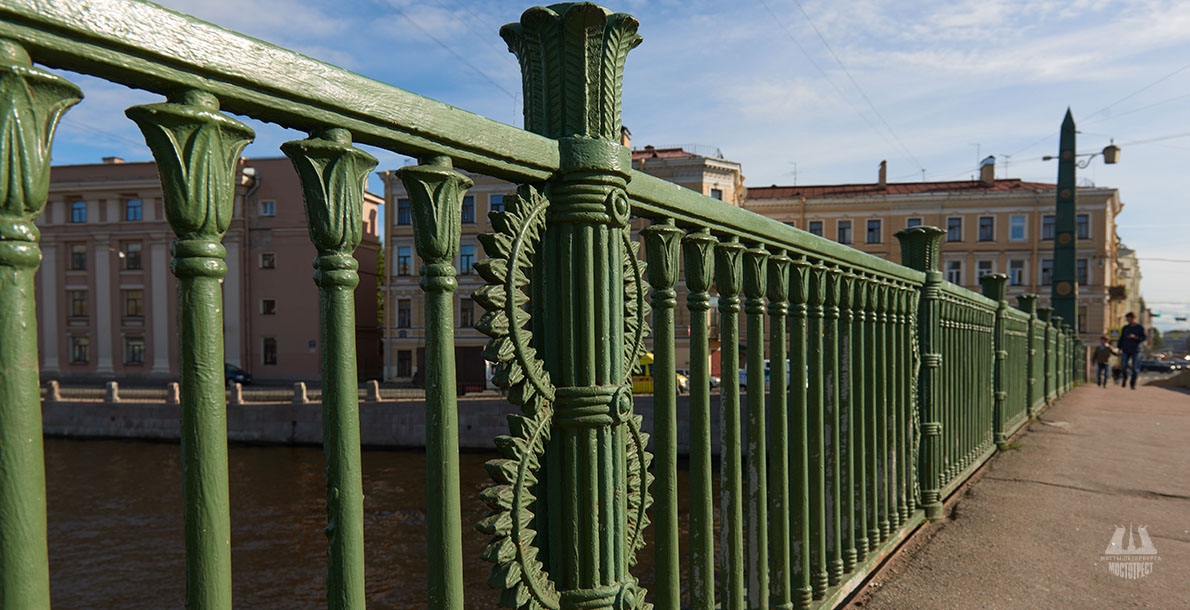 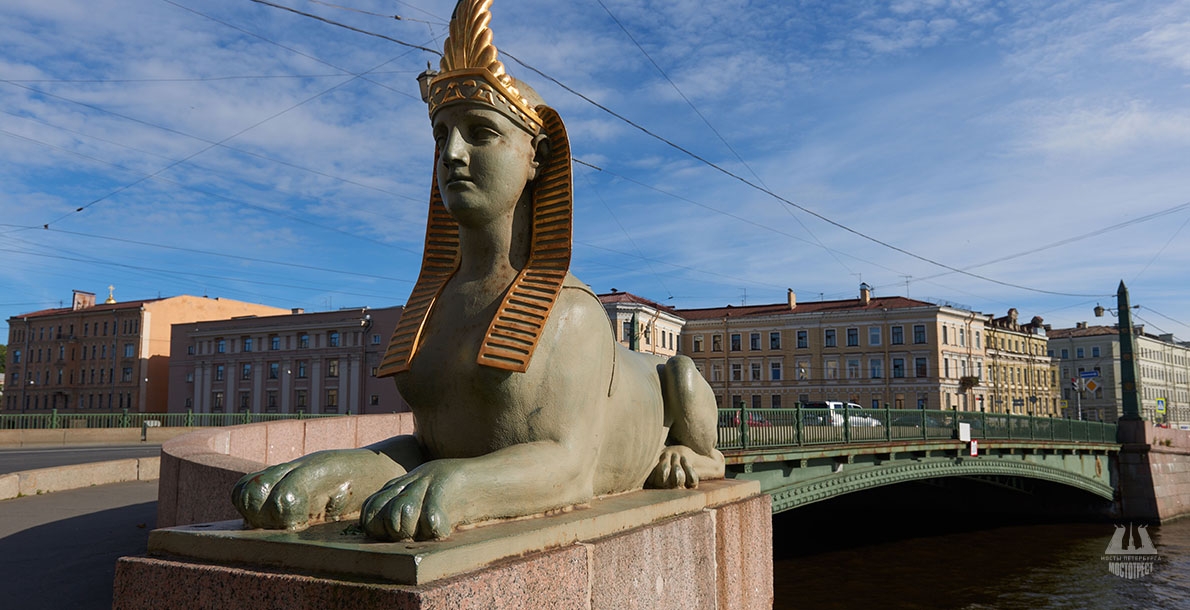 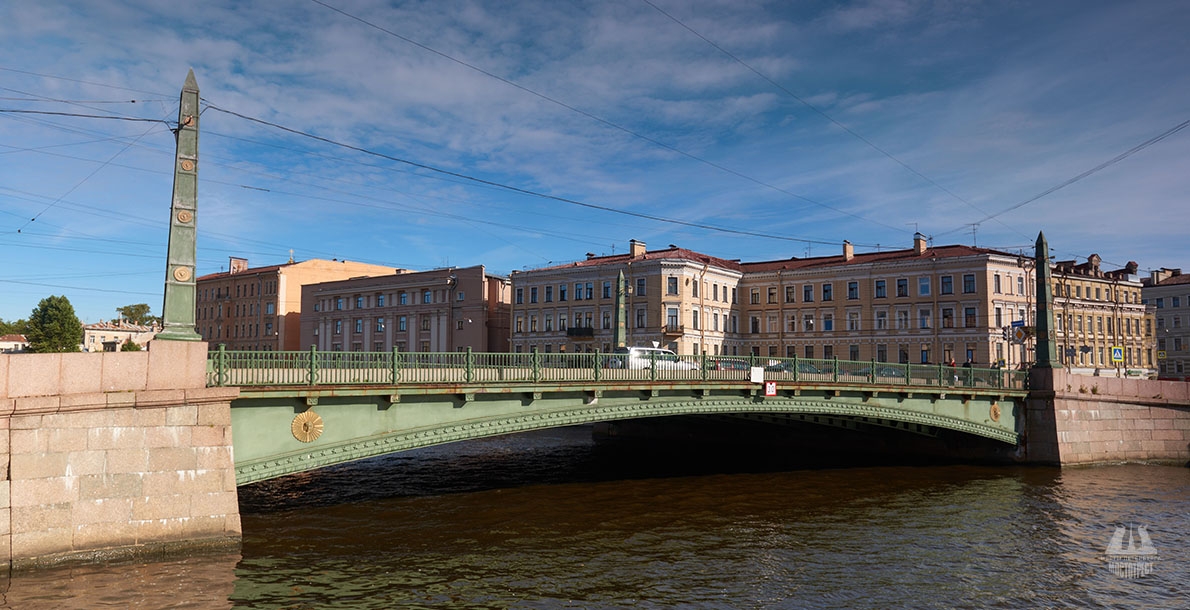 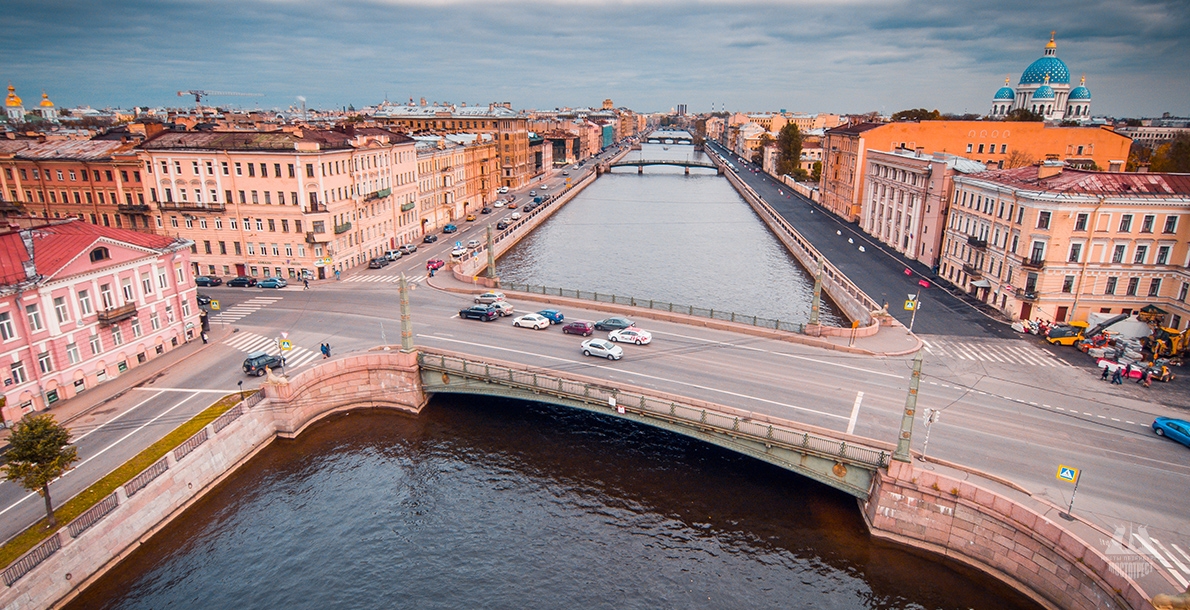 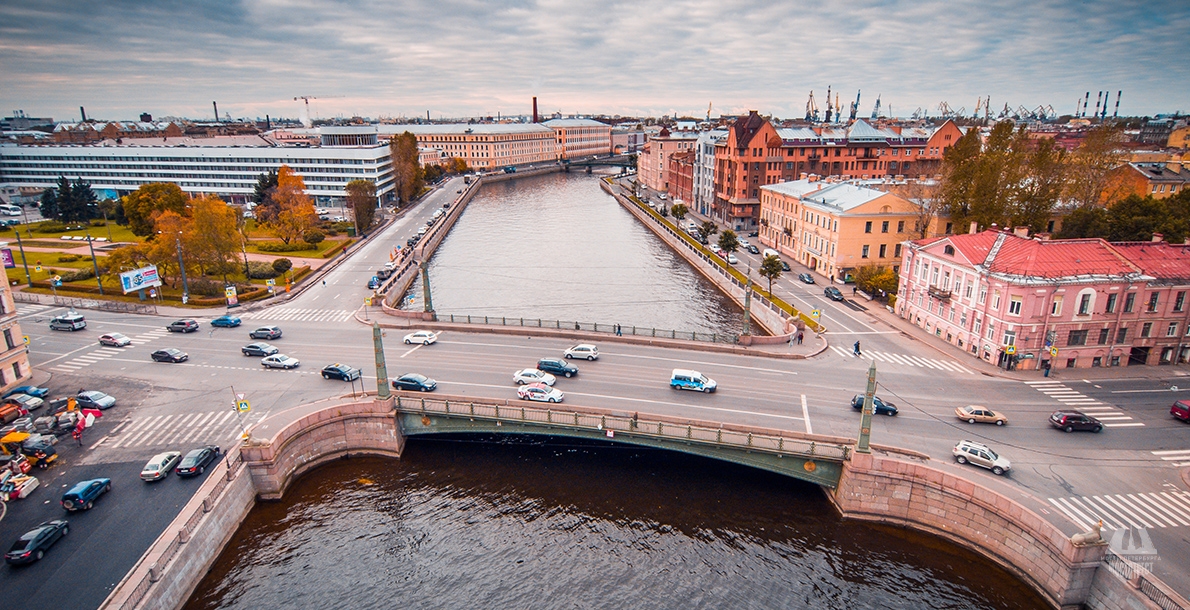 The name of the bridge comes from its peculiar design. Egyptian Bridge was one of the first transport chain bridges built in the 20s of XIX century. Authors of the project were engineers W. von Traitteur and V.A. Christianowicz. The bridge was built in 1825-1826. The architecture of the bridge was affected by the increased interest in the art of ancient Egypt characteristic in the XIX century. Portals, columns and cornice, and other parts of the bridge were decorated with ornaments of characters, and on either side of the bridge at the entrance cast iron figures of sphinxes were installed (sculptor P.P. Sokolov). The sculptures of sphinxes were cast at Byrd’s factory. They were painted yellow. The metal parts of the bridge were brown with bronzen finish. The abutments were built of stone masonry on a wooden pile foundation, faced with granite. Architectural details of the sphinxes and the gratings were gilded.

There was a wooden deck roadway suspended on 3 metal chains; two - on the edges and one in the middle of the bridge. Sidewalks were arranged on consoles beyond the extreme chains and chains are barely touched the middle of the deck. Egyptian Chain Bridge served for 79 years, during which numerous repairs were made.

On January 20, 1905 life of Egyptian Chain Bridge was ended – the bridge collapsed. The sphinxes were only kept. According to eyewitnesses, on that day a squadron of Horse Guards Regiment has passes over the bridge in one direction, and 11 sleds with teamsters - in the opposite one. The cause of the failure was the sensitivity of the chain bridges to dynamic loads and the absence of high-quality steels for the manufacture of chains at the time. After the failure a temporarily 9-span wooden beam bridge near Usacheva Pereulok (now Makarenko Street) has been constructed, which has been repeatedly repaired and existed until the construction of the new Egyptian Bridge.

In 1954-1955, under the project of engineer V.V. Demchenko of Lengiproinzhproject and architects P.A. Areshev and V.S. Vasilkovsky, single-span metal bridge with 2-hinged frame system was built. The frame legs are reinforced concrete ones, and a transom is a metal beam of variable height. The foundations are massive concrete ones on pile foundation, faced with granite.

Roadway - concrete slabs, stacked on metal transom, is included in the joint operation with the transom. The abutments and the legs of the frame are faced with granite.

At the entrances to the bridge granite obelisks with lamps are installed. Railings - iron gratings of art casting.

In 1979 reinforced concrete balustrade of the roadway was installed; and in 1988, it was replaced with granite one.

In 2006 the facade decoration elements were covered with gold paint; three sphinxes were restored. 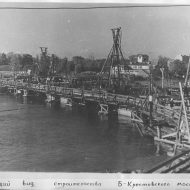 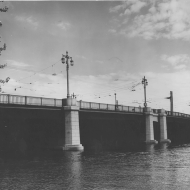 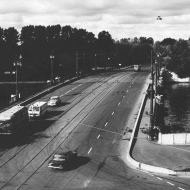 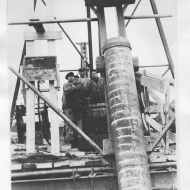 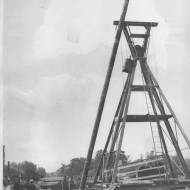 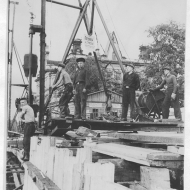 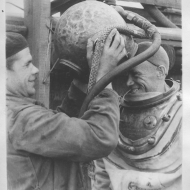 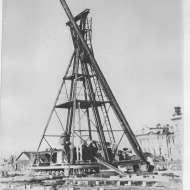 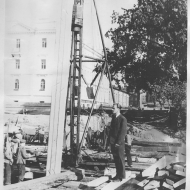 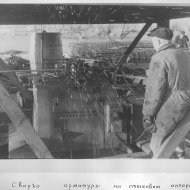 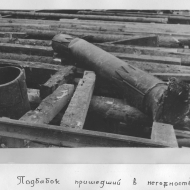 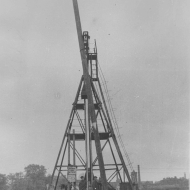 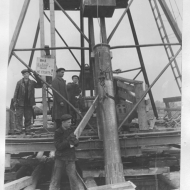 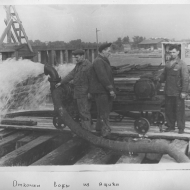 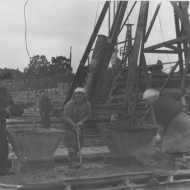 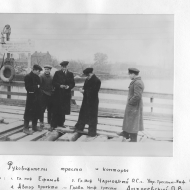 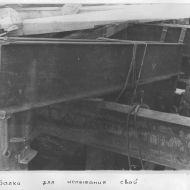 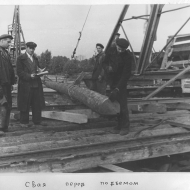