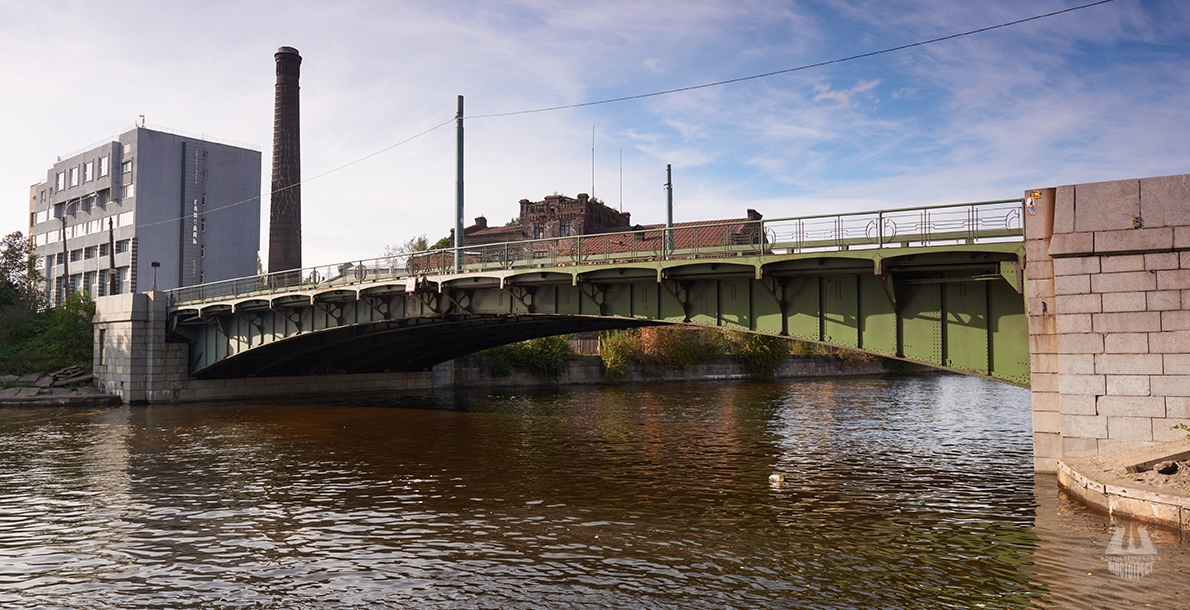 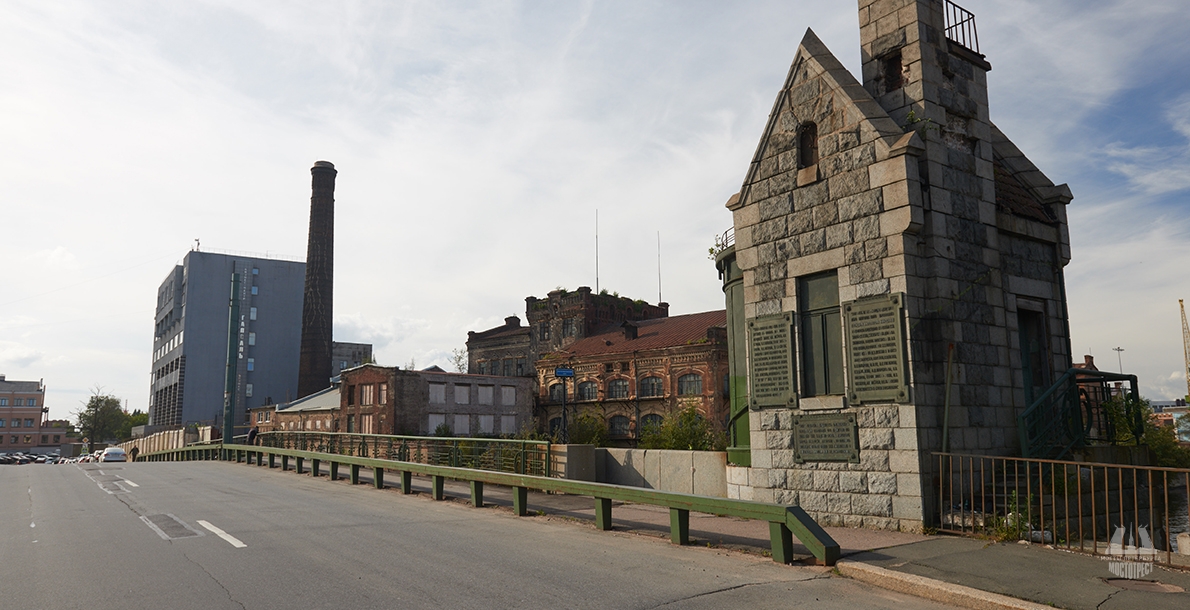 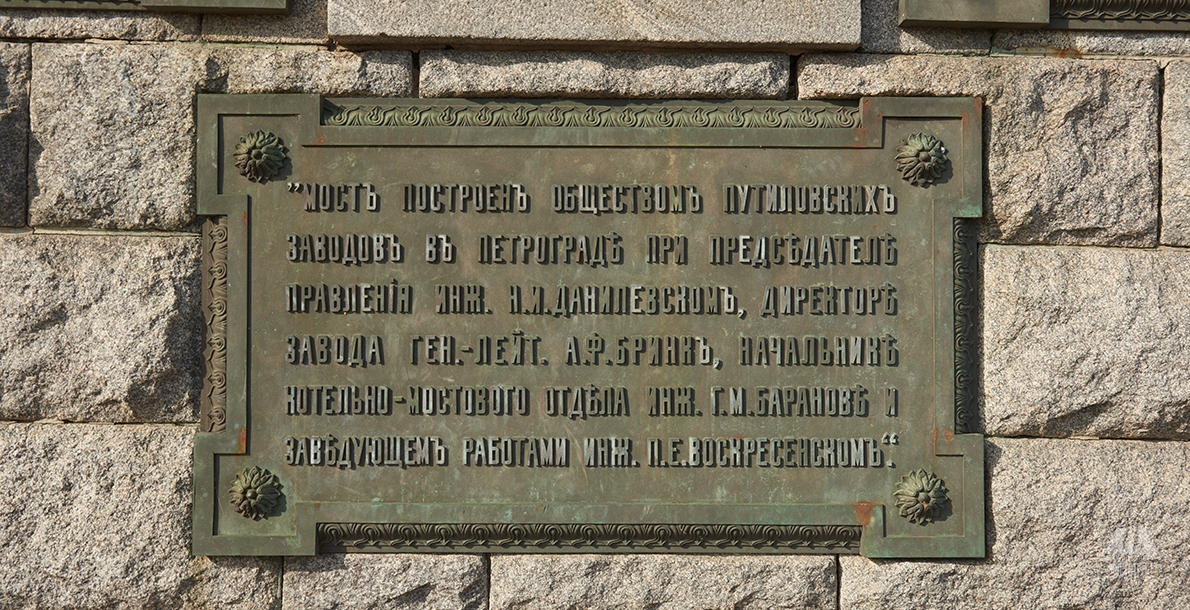 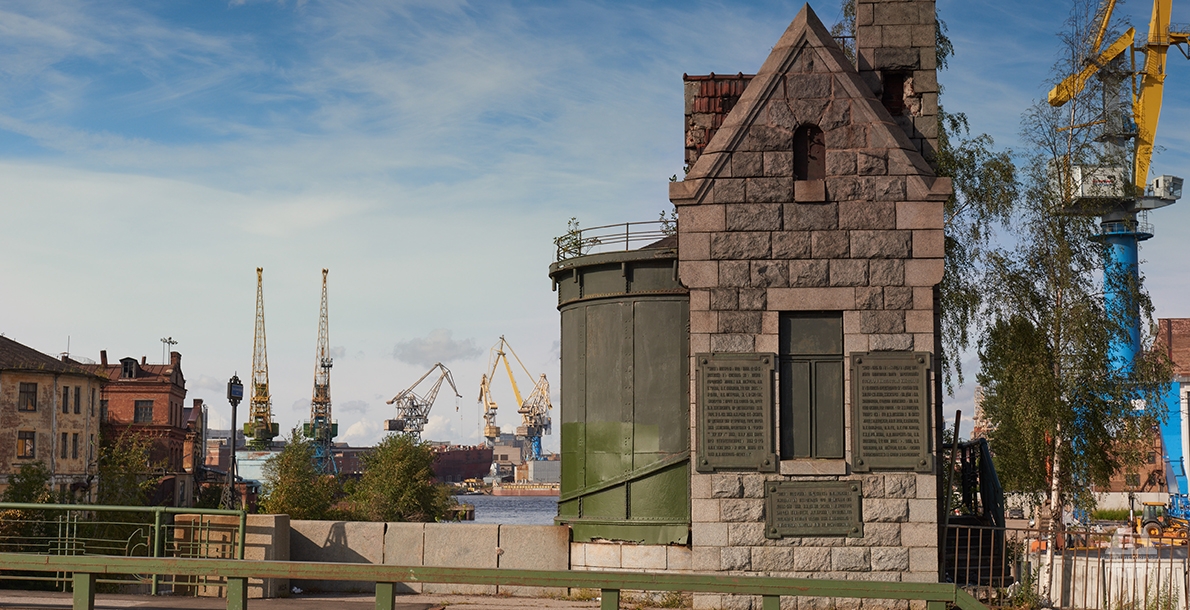 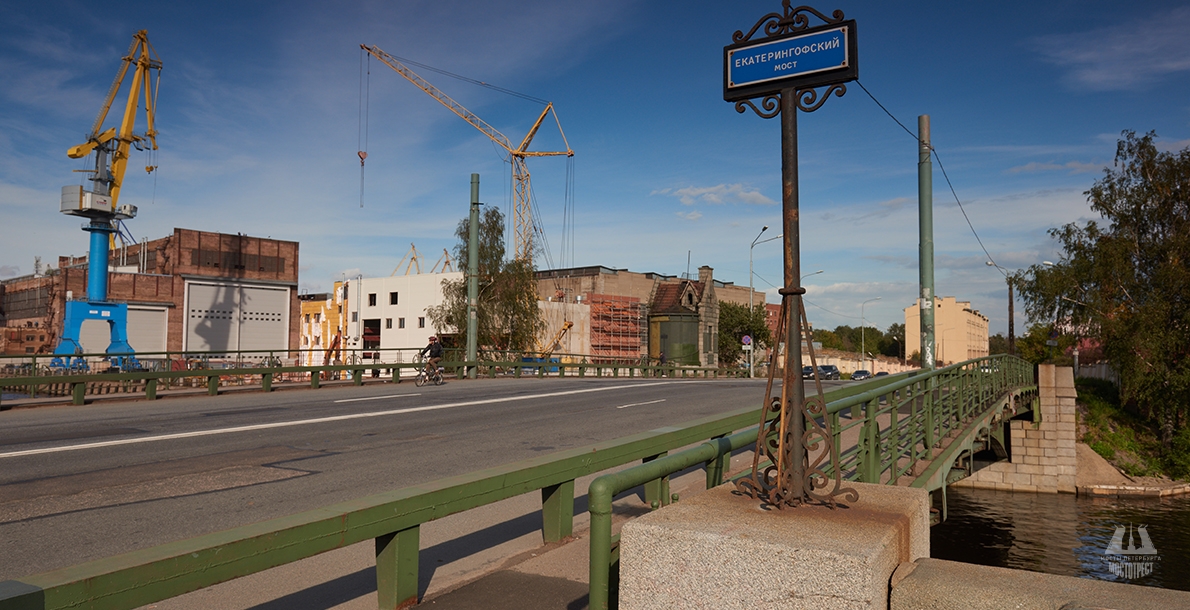 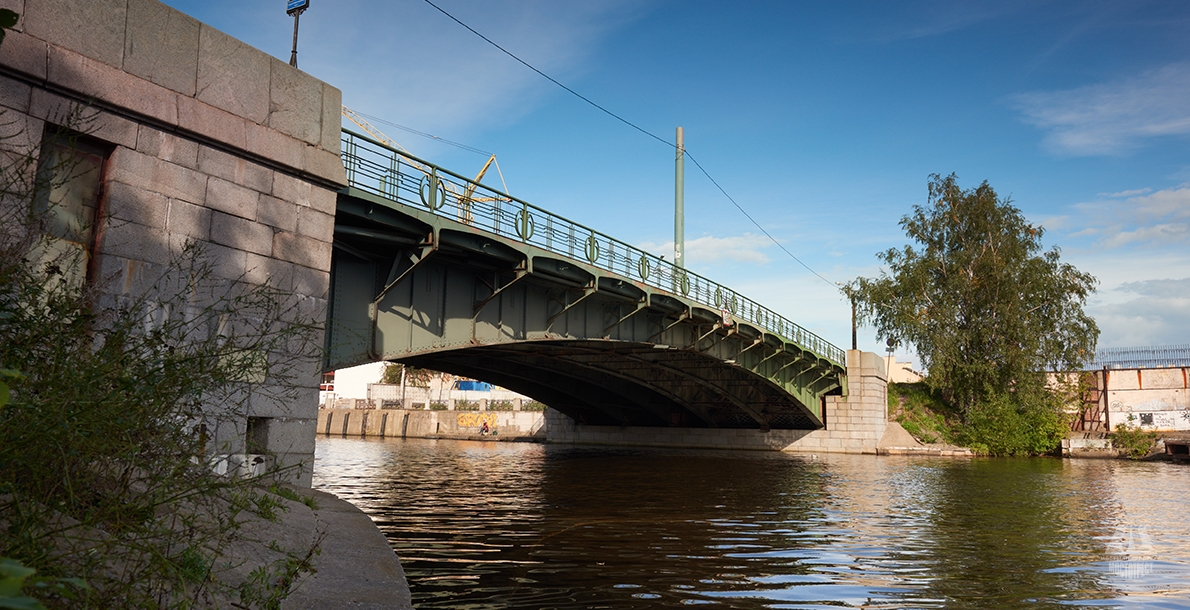 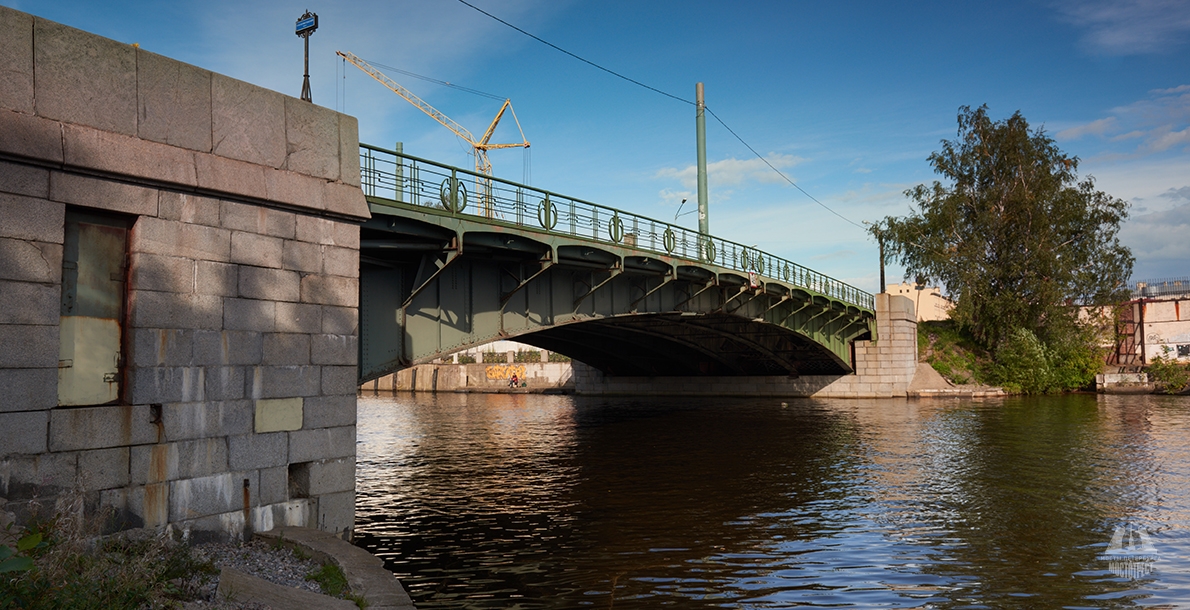 Ekateringofsky Bridge (former Rizhsky: 1911-1920) is the bridge over the Ekateringofka River, is located at the junction of Rizhsky Prospect with Gapsalskaya Street. The river and the bridge received the name from the name of the park with a menagerie and a palace, built in 1711 on an island separated by the Chernaya River and the Tarakanovka River. It was the gift of Peter the Great to his wife Catherine. The park and the palace were named "Catherinehof" (Catherine's Court).

During 1910 -1914, under the project of the firm named “Scherzer & Co.” a single-span, twin-leaf metal welded trunnion bascule bridge with fixed counterweights was built. The bridge was raised using the drive, and the roadway was wooden.

The construction was carried out by the Putilov Plants Association. Engineers A.P. Pshenitsky, D.Ya. Akimov-Peretts, N.V. Rudnitsky led the construction works. Throughout 36 years the bridge was normally operated and, probably, would serve without repair many years more, but in 1941 as a result of air bomb explosion the local right-bank abutment was damaged. As a result there were displacement and a turn (in the plan) of the abutment owing to what the wing turned to Gutuevsky Island was warped. It led to alteration of system of the bridge. The superstructure in the form of a three-span beam with a hinge in the middle became a three-hinged arch. In 1947, as a result of obtained deformations, the bridge condition was been recognized emergency.

In 1950 the project of its reconstruction was made; according to it the superstructure was led to the settlement scheme and provision of normal work of tail and middle locks. But this project was not fulfilled, and the bridge was separated and maintained by repair works for long a time.

In 1987-1989, under the project of the engineer B.N. Brudno of Lengiproinzhproject the bridge reconstruction, as a result a hinged three-span system at the expense of lightening of the roadway and pavement weight was transformed into a three-span continuous beam, was made.

Now the bridge has lost its bascule feature. The wooden design o the roadway and sidewalks is replaced by metal orthotropic plate with a polymer covering in the span and reinforced concrete plate — on abutments. The bridge has metal welded railing; the abutments have granite pedestals for lighting columns.