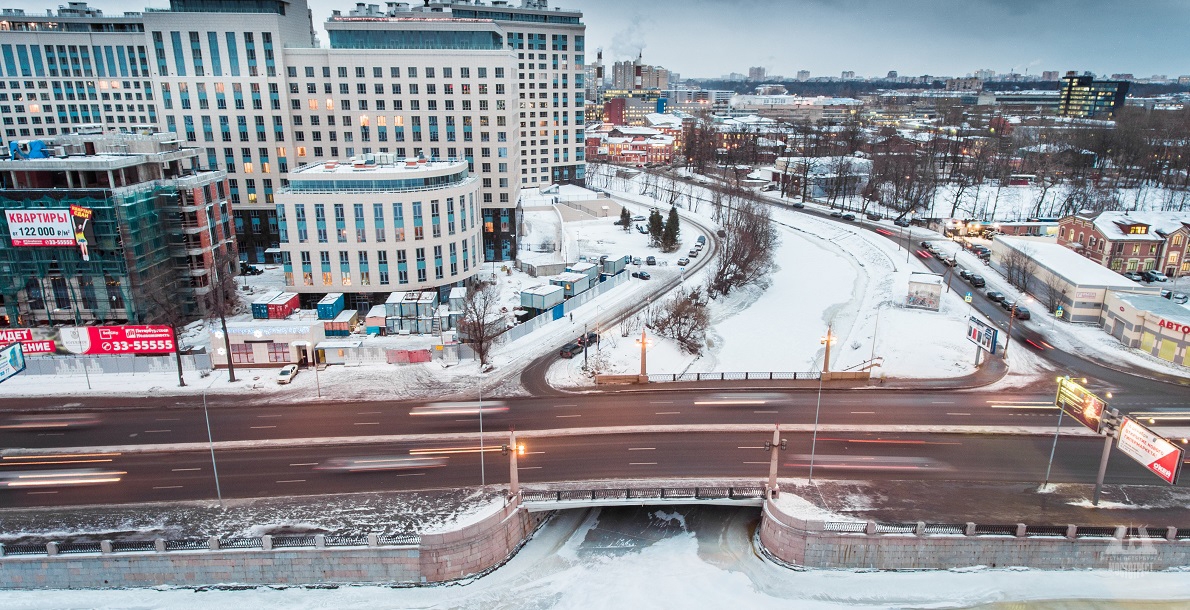 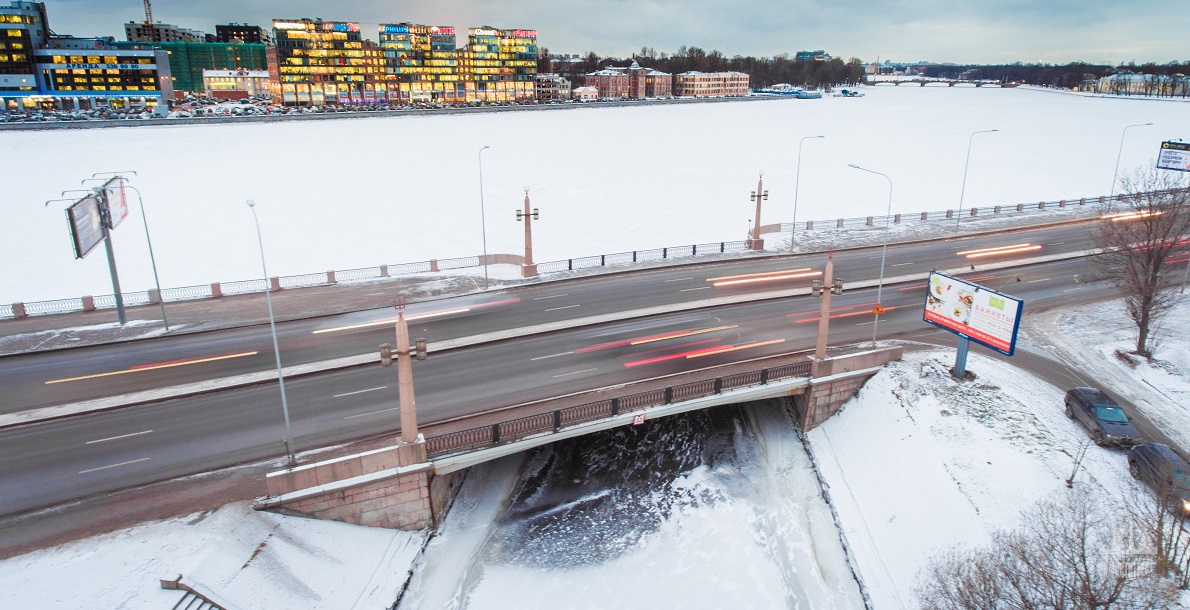 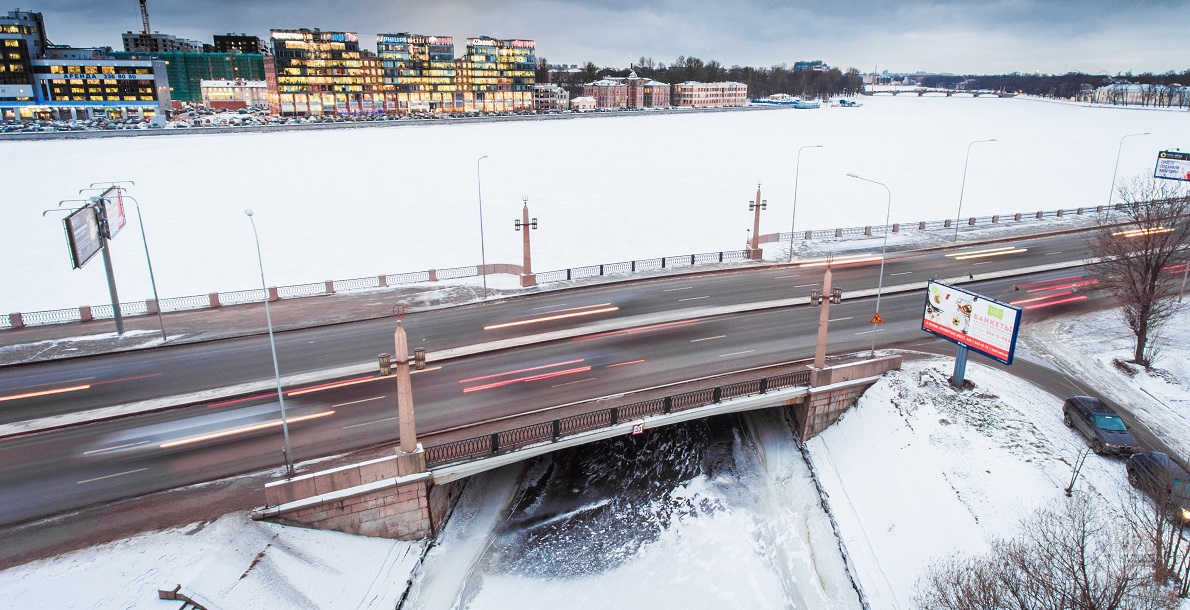 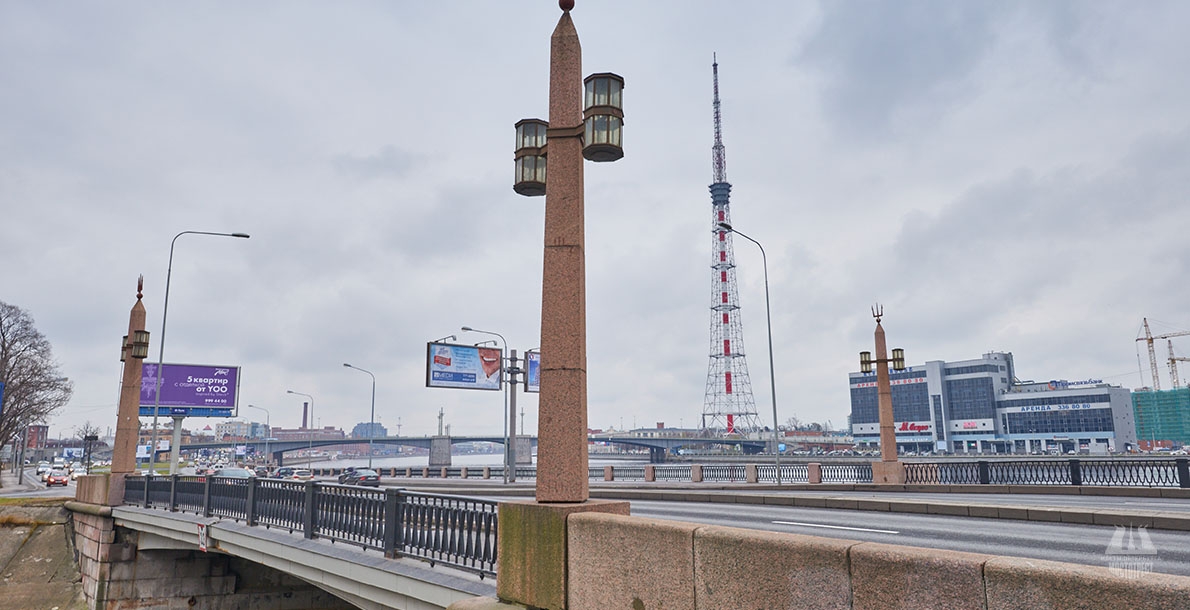 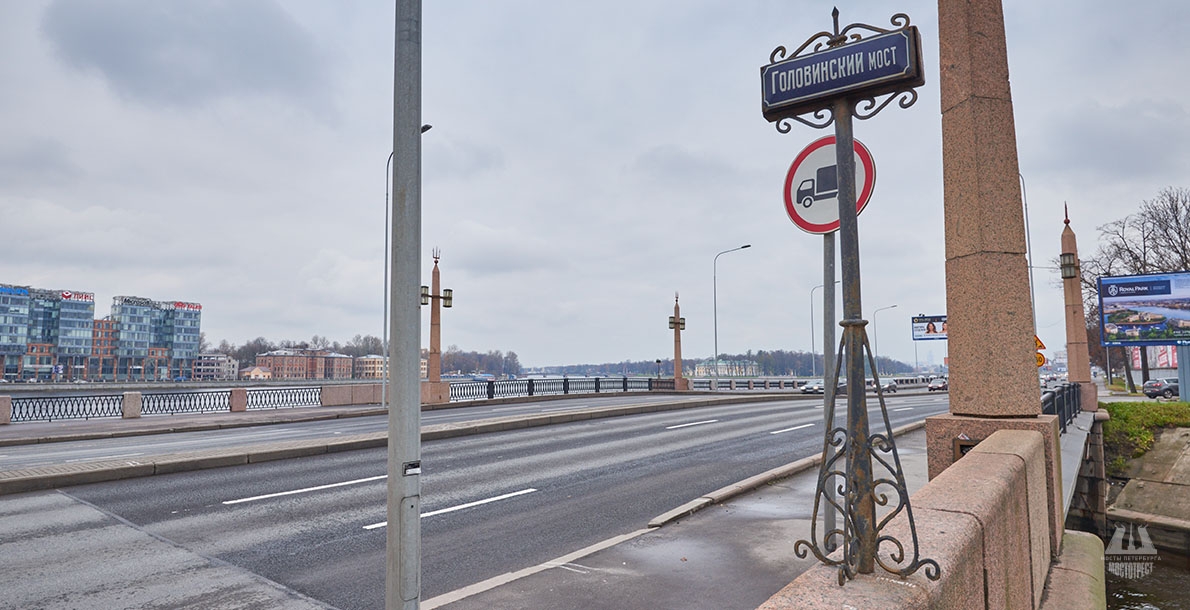 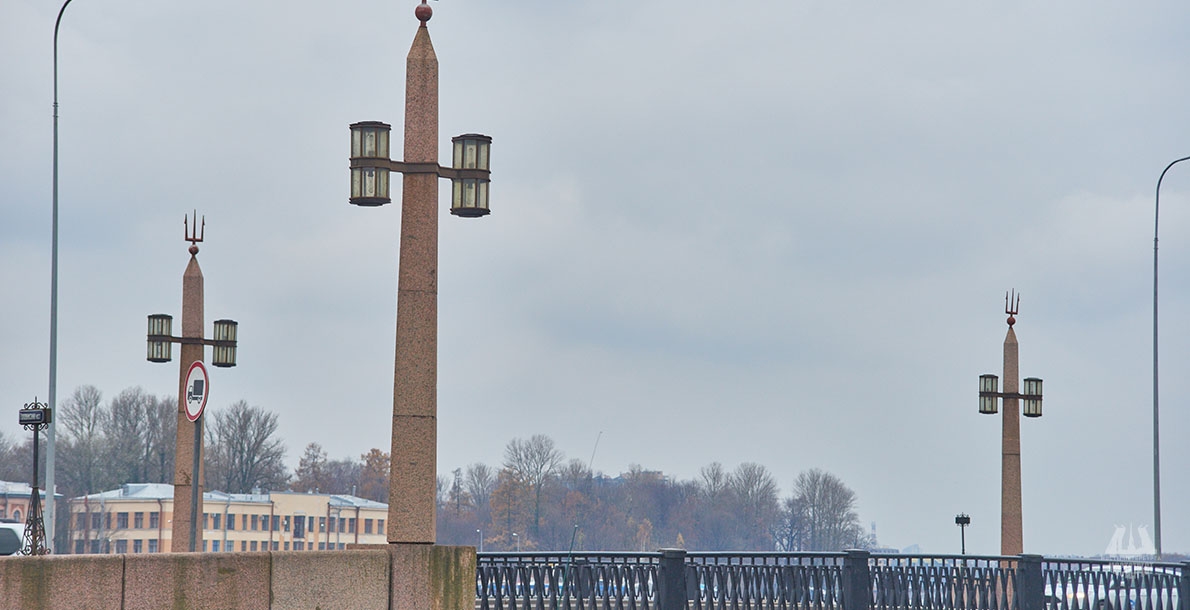 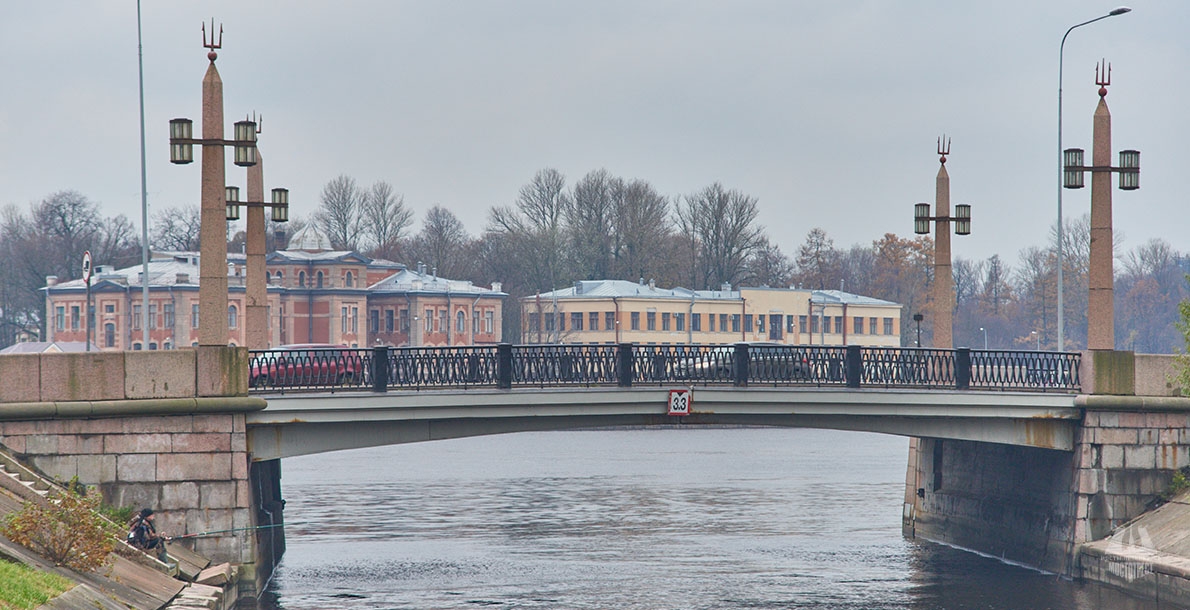 The first widen bridges was constructed here in 1817.

In 1875 the bridge was reconstructed to single-span wooden arch bridge with stone abutments on pile foundation lined with granite. The superstructure consisted of sever wooden arches with the roadway above. The decking and railings were wooden.

In 1944 the bridge came to dilapidated condition and was closed.

In 1948 the bridge is reconstructed under the project by engineer P.V. Andreyevsky.

Wooden arches were replaced by steel concrete beam span with curved outline of the bottom chord and concrete slabs in roadway. Art casting iron railing was installed on the bridge and granite parapets on abutments. The bridge length was 41.3 meters, and its width was 9.5 meters.

Due to increased traffic intensity on Vyborg embankment and loads increase, the need in bridge reconstruction arose.

In 1976 the bridge was reconstructed to concrete simple bridge, under the project by Lengiproinzhproject’s Engineers B.E. Drorkin, A.D. Gudzeit and Architect V.M. Ivanov. It was widened from 9.5 to 27 meters. By the way, during the works, it was found that condition of old spans was enough good. They were not destroyed but used one more time, when in 1979 Sutugin bridge was reconstructed - pedestrian passage via Bumazhny bridge to Stachek Prospect.