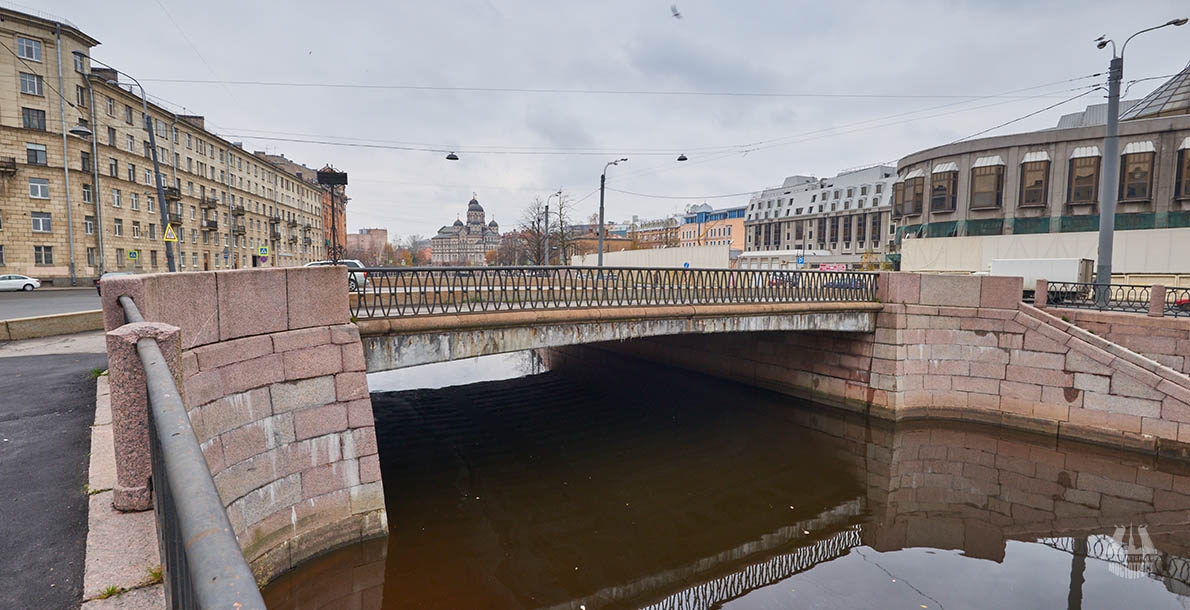 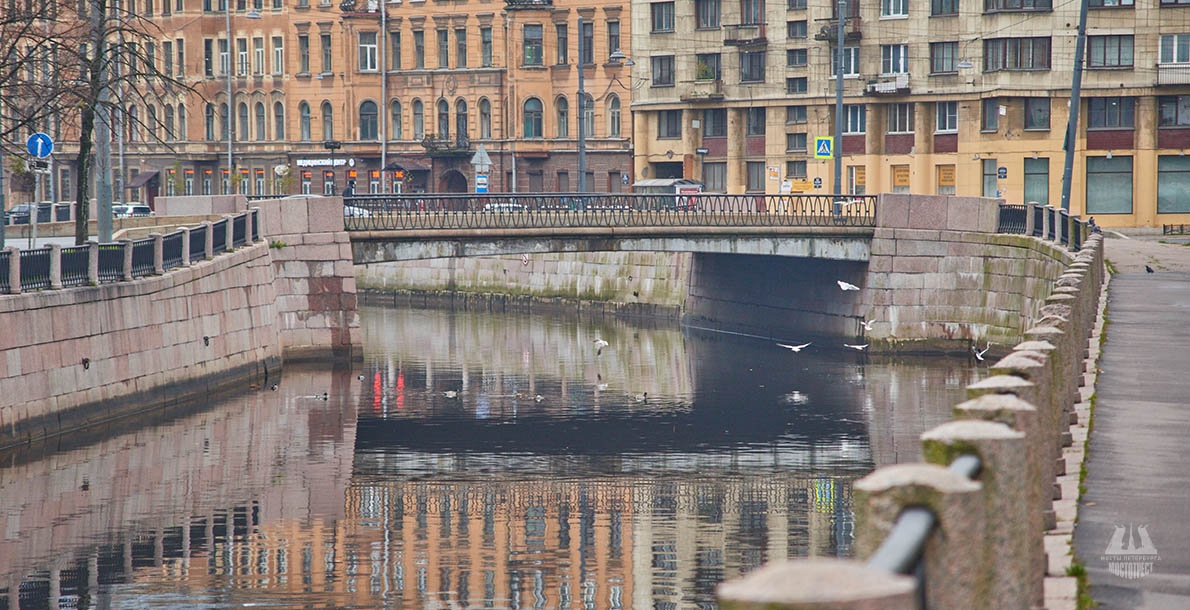 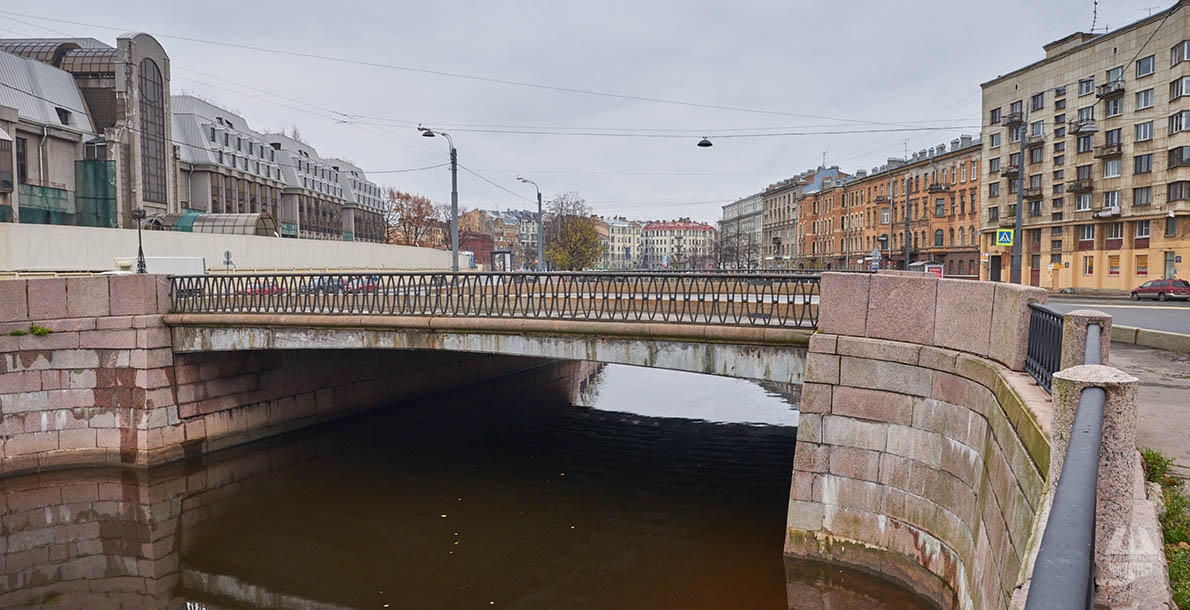 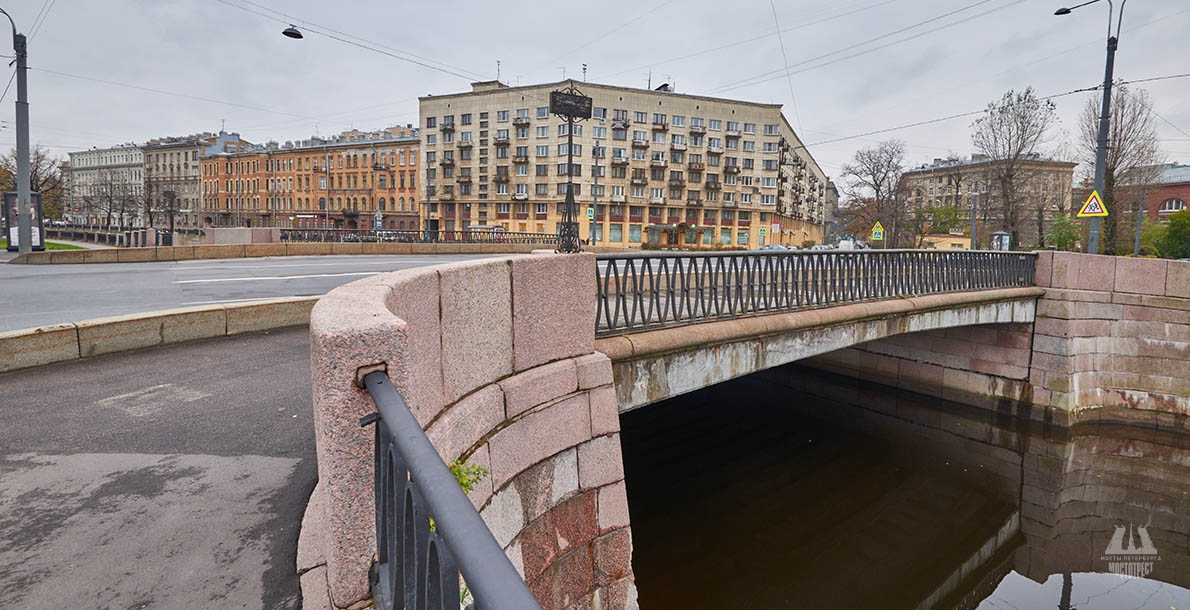 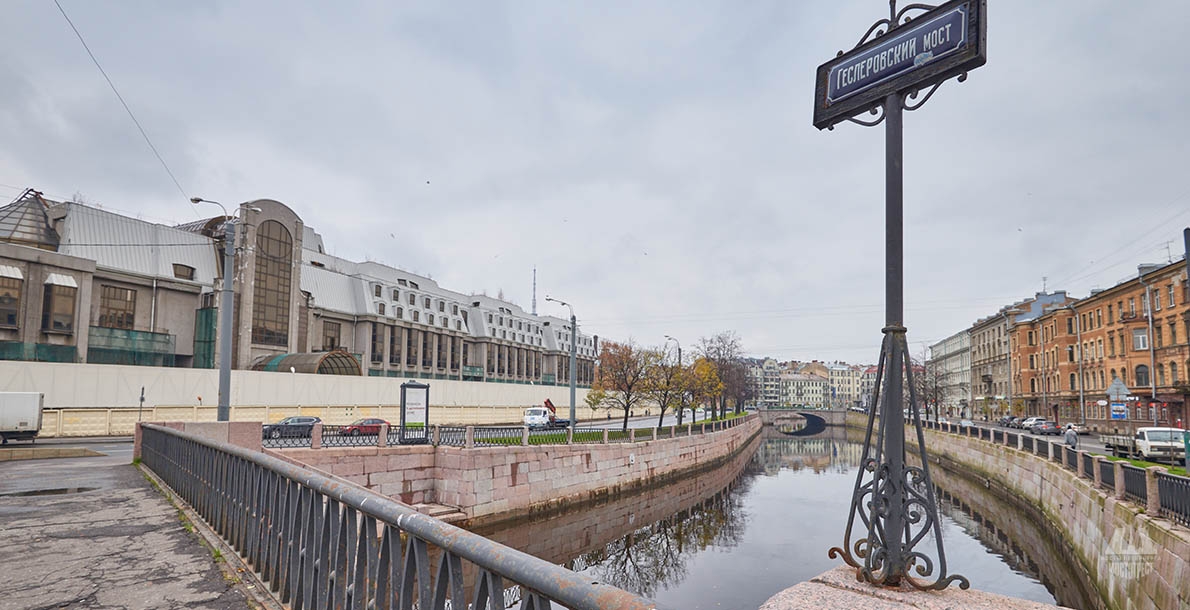 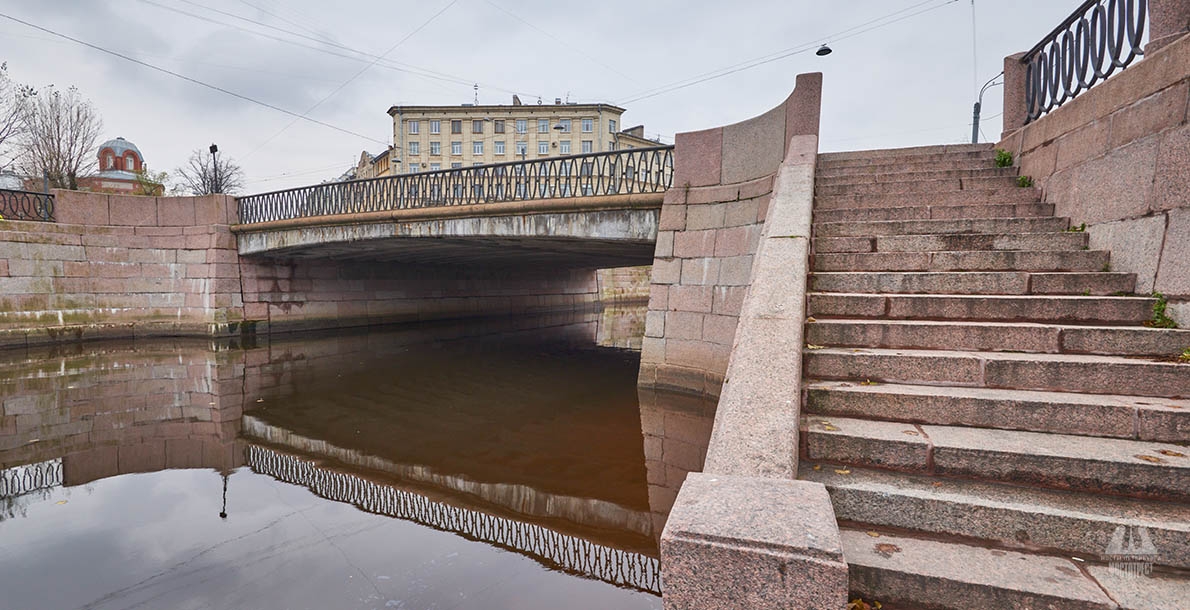 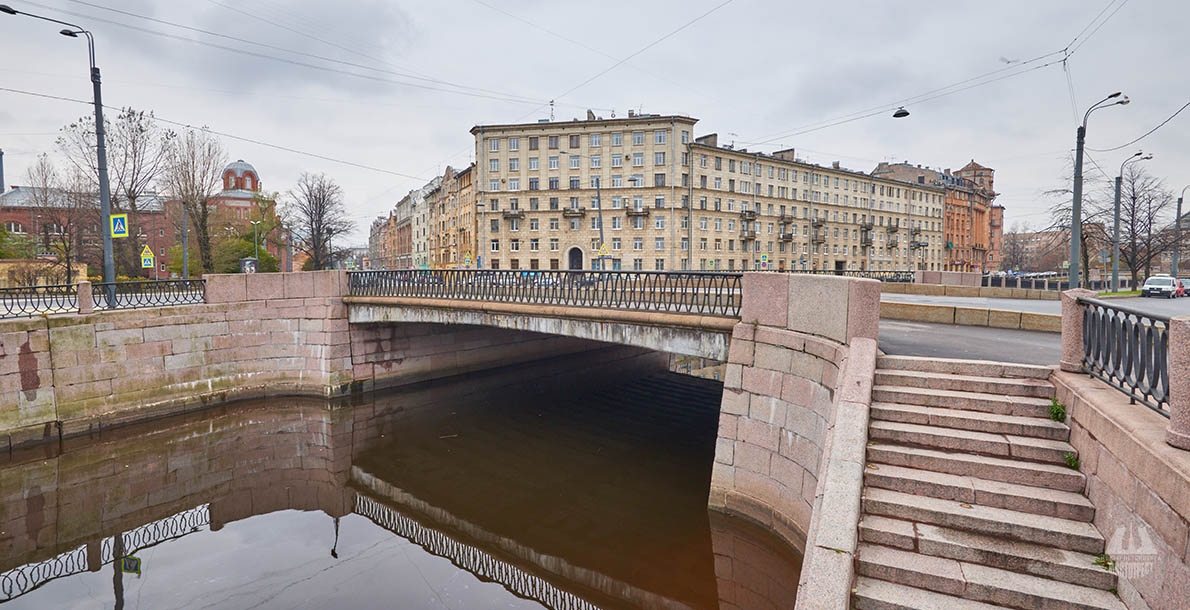 It is interesting that Geslerovsky Bridge being younger than the oldest Silin Bridge over the Karpovka River by exactly 111 years was never renamed. Even that the prospect of the same name - after which the bridge was named - changed its name did not affect the name of the bridge.

Since 1887 there existed a wooden three-span beam wooden bridge which was repeatedly repaired and rebuilt. It was rather low and narrow, causing the impression of a blind pass.

Reinforced concrete slab of the roadway is included in the main beams operation. The roadway is covered with asphalt pavement; sidewalks – with sand asphalt. The roadway is separated from the curb by granite kerb stone. The bridge approaches are decorated with granite stair descents.

The bridge was built by efforts of SU-3 of Trust Lenmostostroy under the direction of engineer K.V. Uchaev and foreman I.E. Livshits.