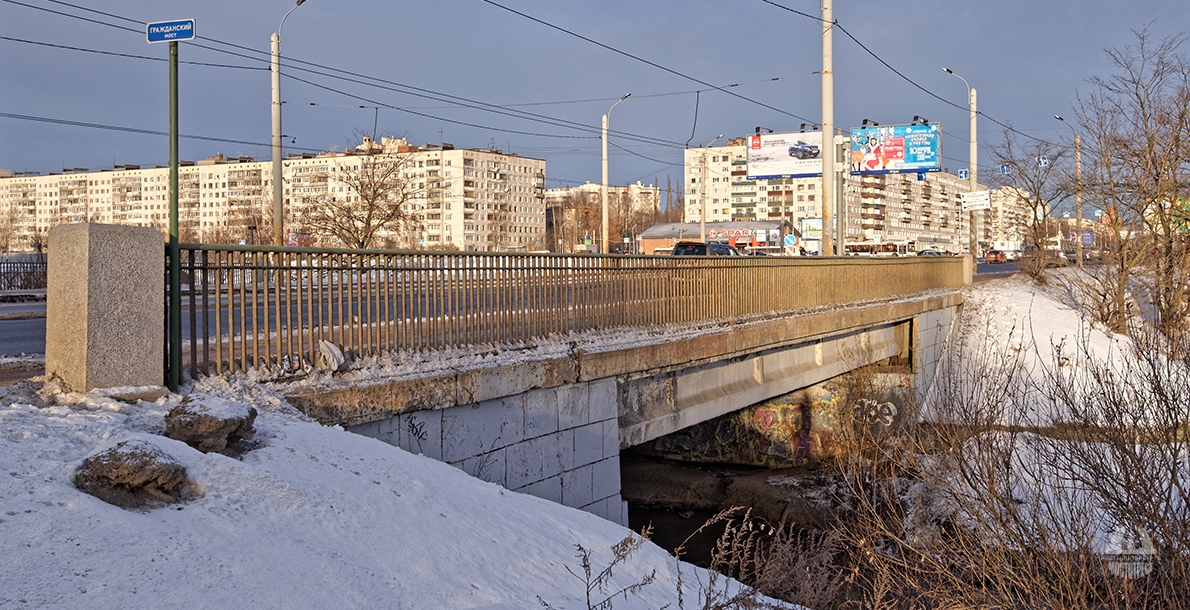 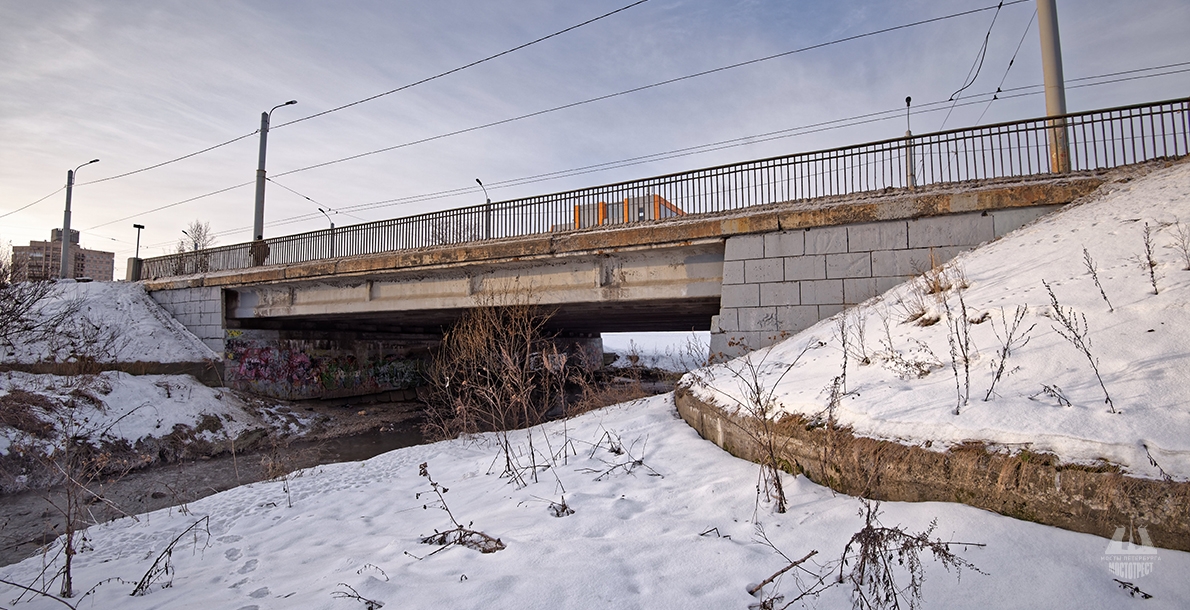 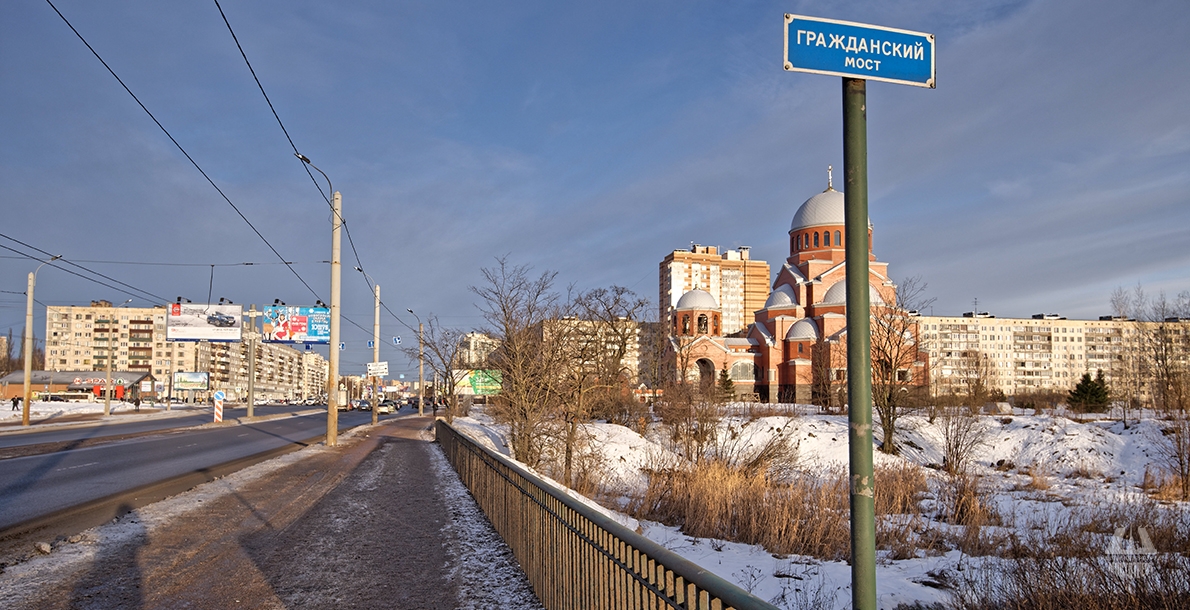 Grazhdansky Bridge (former 1st Murinsky Bridge) across the Murinsky Brook is located in alignment of Grazhdansky Prospect. The prospect name is connected with Grazhdanka (Gorozhanka) village existed in the past and named due to its proximity to the city.

In 1942 a three-span wooden beam bridge with wooden spans, on wooden supports with timber deck on crossbars was built here. Initially it was beyond the city boundaries.

In 1955 the bridge was repaired while preserving the original structure.

In 1963 the bridge was put on to Lenmosttrest books due to changes in the city boundaries. The bridge appeared in the district of intensive housing development, and bus traffic was opened on Grazhdansky Prospect. The popular names were assigned to two sections of this district separated by the Murinsky Brook: FRG (Fashionable District of Grazhdanka) and GDR (Grazhdanka Beyond the Brook).

Later in 1963 the major repair of the bridge was made with the replacement of wooden girders with metal beams. The supports and upper structure remained wooden. The wooden railings were preserved on the bridge.

In 1968-1970, under the project of engineer A.D. Gutzeit of Lengiproinzhproject and architect L.N. Noskov, the bridge was rebuilt into a single-span reinforced concrete simple bridge.

The bridge superstructure was made of standard prestressed beams with diaphragms. The bridge abutments are massive ones, made of monolithic reinforced concrete on pile foundation. The roadway is covered with asphalt concrete pavement; sidewalks – with sand asphalt. Metal welded railings of a simple pattern are installed on the bridge. Granite pedestals are installed at the ends of the railing. The sidewalk is separated from the roadway with granite kerb.

Near the bridge there is one of the largest sports centres. Thus, in 2016 there were football matches where Forum's participants and city officials took part during the 22nd Petersburg International Economic Forum.