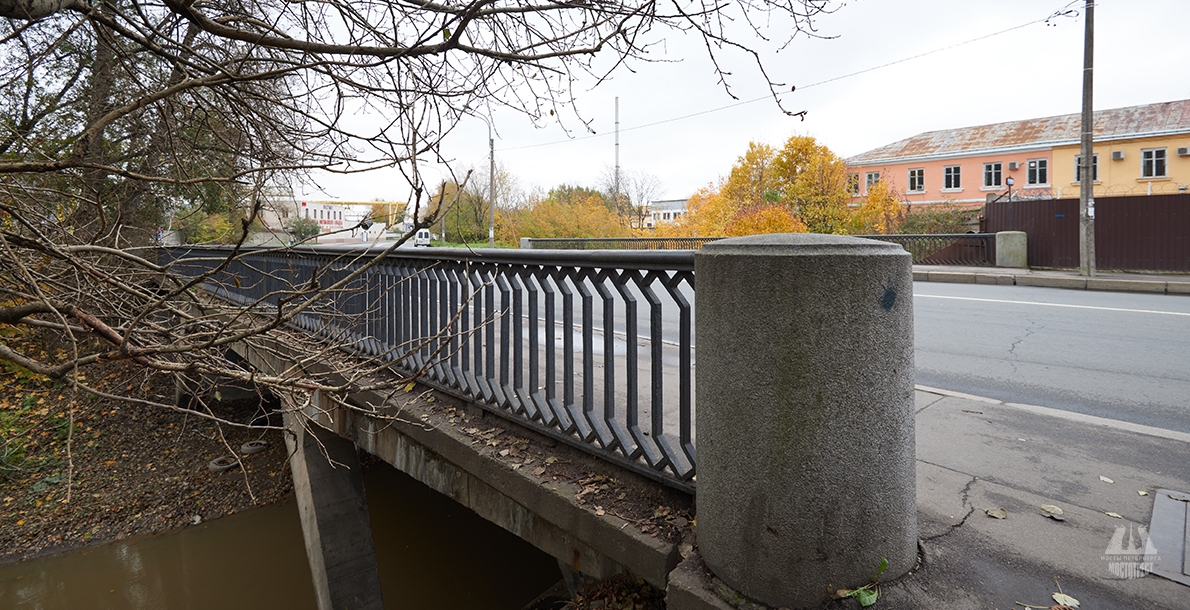 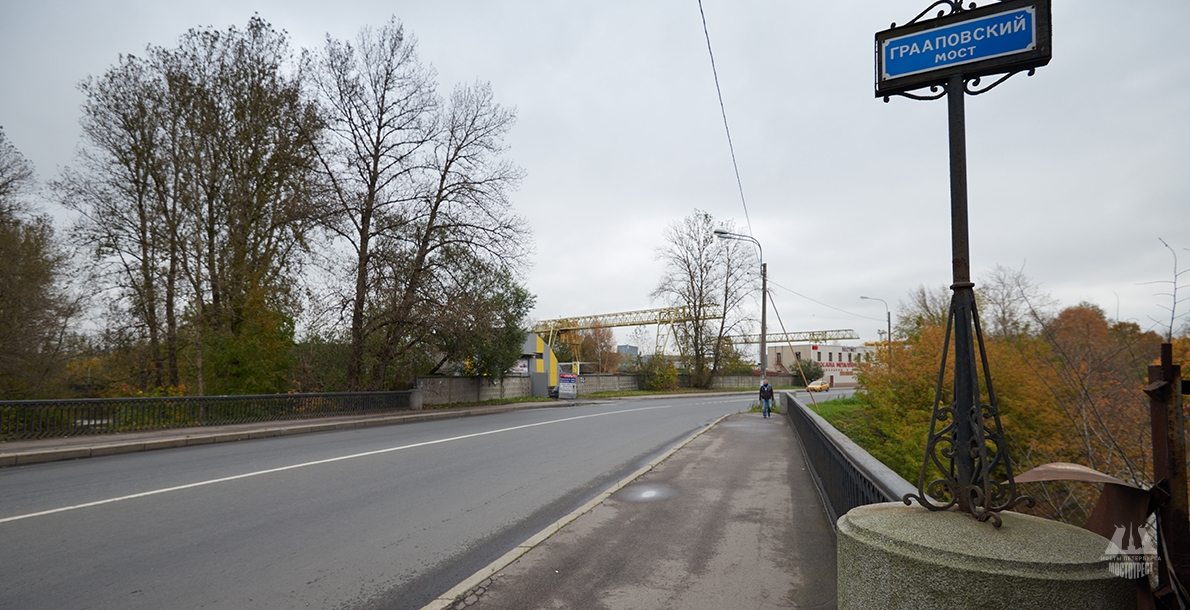 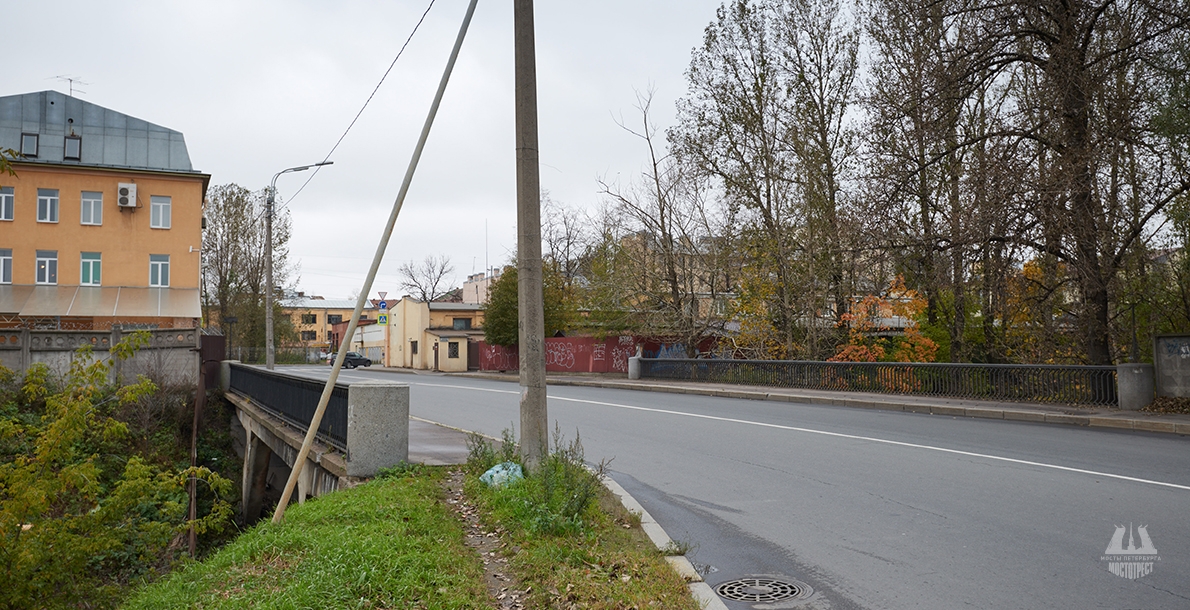 Graapovsky Bridge is the bridge over the Volkovka River in Frunzenksy District. It is located near Dnepropetrovskaya Street. The bridge derived its name after the nearby wood yard which belonged to brothers with surname Graapovy known in those days. There in 1914 a three-span wooden beam bridge was built on wooden tower supports. The bridge length was 20.4 meters, and width was only 9.2 meters.

In 1929 major repair was performed without changing in the structure. Wooden stringers were replaced by metal beams.

The bridge abutments are massive ones, made of monolithic reinforced concrete on pile foundation. Cone is reinforced with precast concrete slabs.

The roadway is covered with asphalt concrete pavement; sidewalks – with sand asphalt. The sidewalk is separated from the roadway with granite curb.

There is railing combined of cast iron sections and metal inserts on the bridge. Granite pedestals of big diameter (80 cm) are installed at the ends of railing.

The unusualness of the Graapovsky Bridge is that the bridge has reinforced concrete abutments with interesting design; they are made through, with inclined "feet" pushed forward. Such innovative constructive decision allowed to reduce considerably the beams span of the bridge.

The road over the bridge leads to the main bus terminal of St.-Petersburg, from which intercity buses start their travel, therefore it is known to many city visitors.