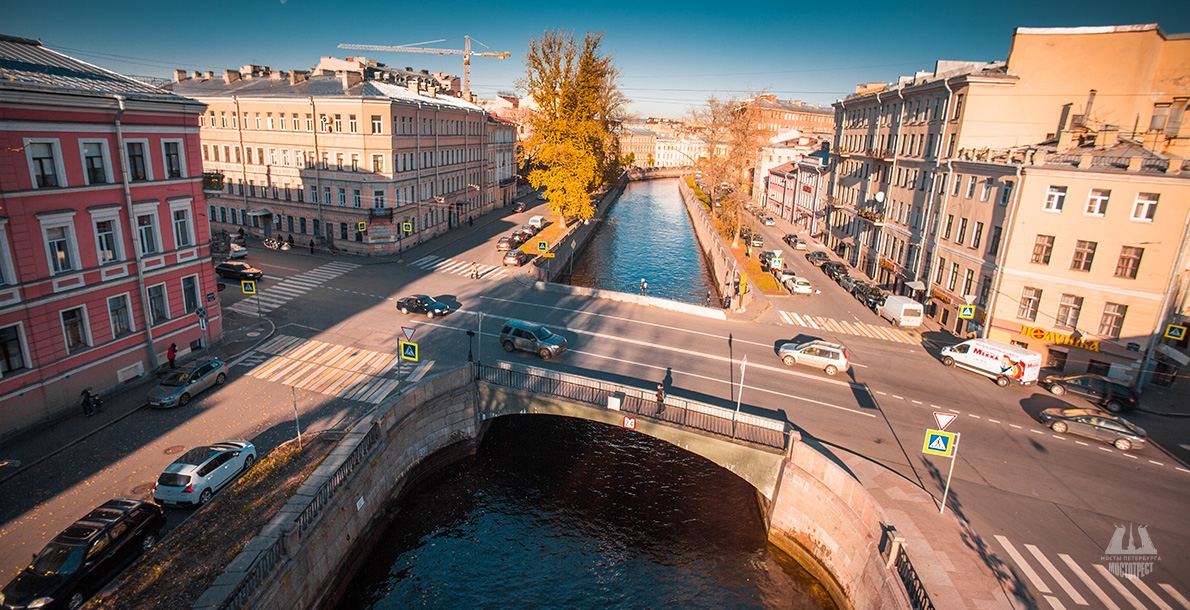 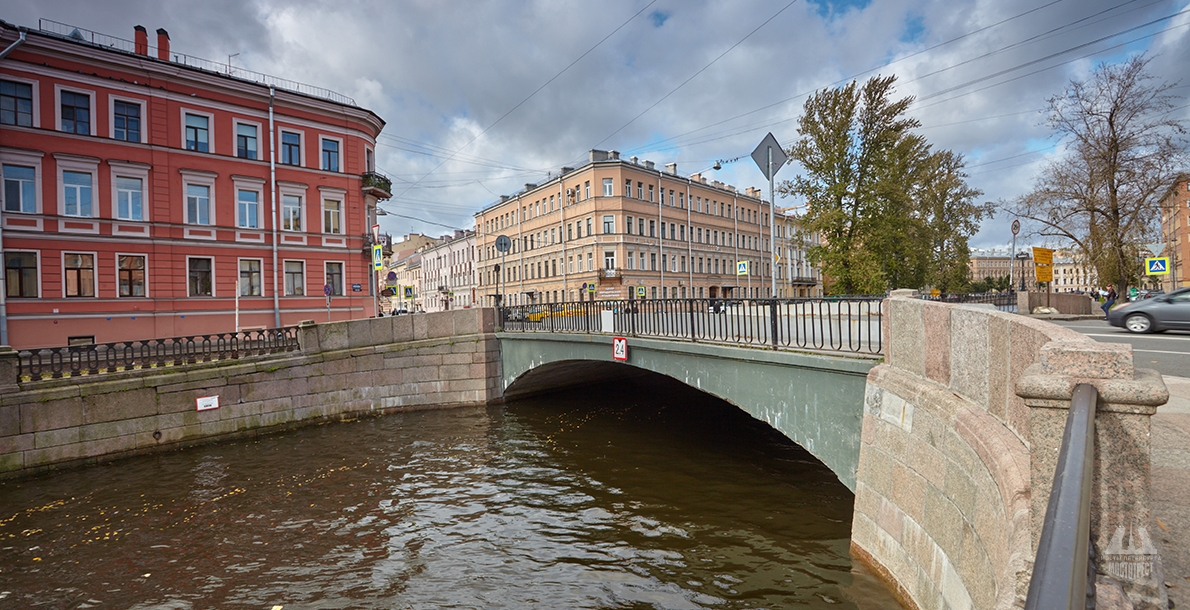 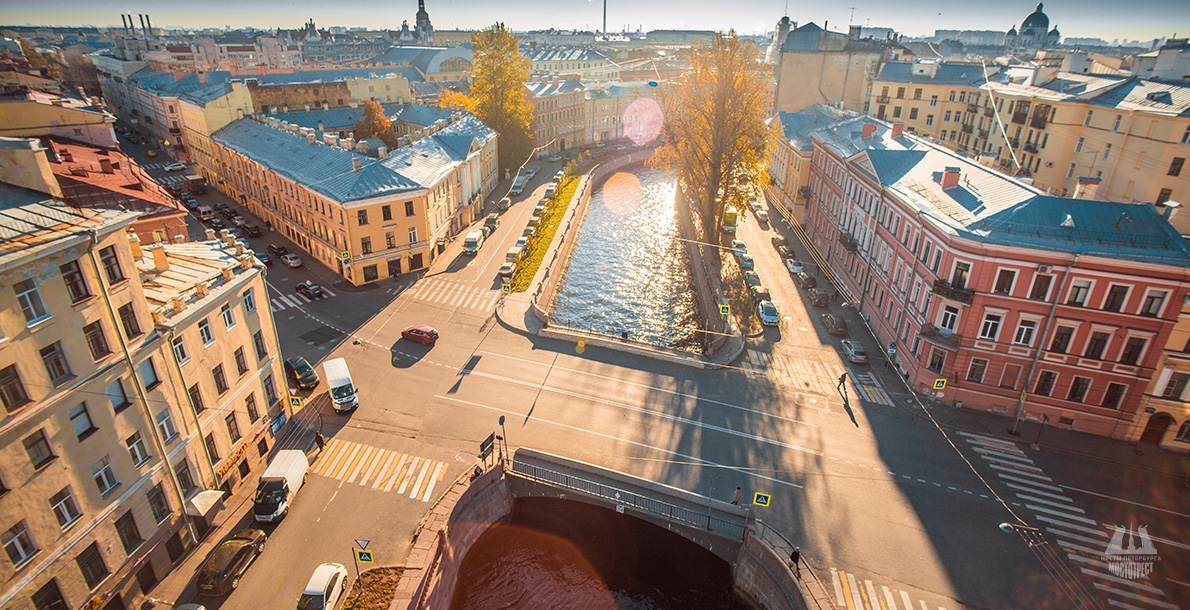 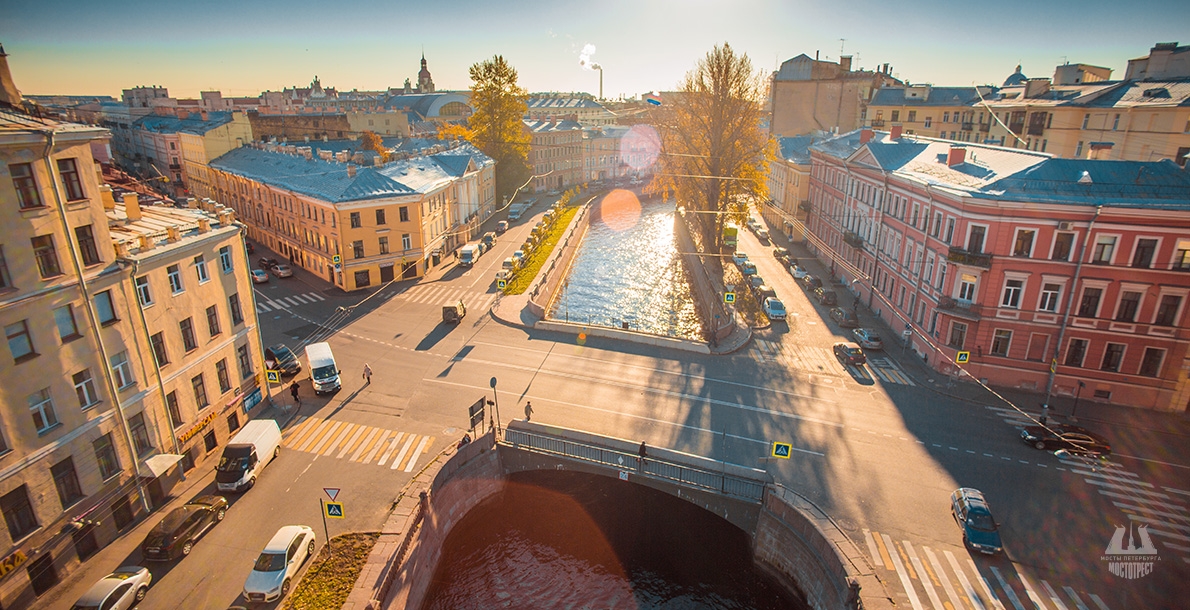 Kharlamov Bridge (former Komsomolsky Bridge – 1927-1991) is located in the alignment of Rimsky-Korsakov Prospect and connects Kazansky Island and Spassky Island across the Griboyedov Canal in Admiralty District of St. Petersburg.

Kharlamov Bridge was at the intersection of Catherine Canal with Ekateringofsky Prospect since 1753. Originally it was a wooden one and got its name by the name of the owner of one of the neighbouring houses.

In 1764 there was a similarly-named single-span wooden beam bridge which during the work on construction of retaining wall of the Griboyedov Canal embankment was rebuilt in a single span one with wooden beam superstructure on stone abutments, faced with granite. The wooden bridge was repaired several times.

In 1927 the bridge was named Komsomolsky Bridge in honour of the tenth anniversary of the Leningrad youth organization. Near the bridge there is the Committee of the Russian Union of Youth.

In 1934, under the project of engineers M.I. Zhdanov and A.D. Saperstein, the wooden bridge was rebuilt in a single-span reinforced concrete arched one. The superstructure is a solid reinforced concrete vault. The superstructure is covered by construction made of sand and crushed bricks. This is a slope bridge - the angle between the longitudinal axis of the bridge and the canal is 180 degrees. The bridge has massive concrete abutments on pile foundation, faced with granite. Railing of a simple pattern is installed on the bridge. There were not bollards. There is granite parapet on the abutment wings. The sidewalk is separated from the roadway with granite curb. There is an asphaltic concrete pavement on the bridge. Granite slabs are laid on the wings in the sidewalks area. Of course, the appearance of the bridge was changed in comparison with the bridges that existed in the XVIII century and at the beginning of the XIX century.

In 1978 the granite curb of the bridge was replaced by a high concrete one.

Today it is a reinforced concrete bridge with one span. The bridge has a fairly simple appearance: iron railings of uncomplicated pattern and parapets on the abutments carved of granite - that's the whole decor. Those who decide to take a trip on a river boat along the ring usually starting from the Kazan Cathedral and returning to it will not miss the bridge.

By the way, it is known that in 1816 A.S. Griboyedov settled in the house of vinegar fabricant Valkh located next to the bridge after arriving in St. Petersburg. Many scholars of Fyodor Dostoevsky believe that this house served as a prototype of house of an old woman money-lender from the novel "Crime and Punishment." 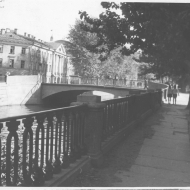 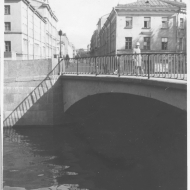 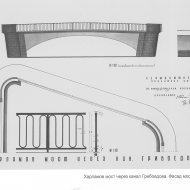 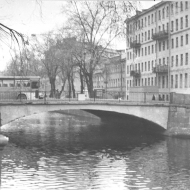 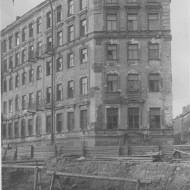