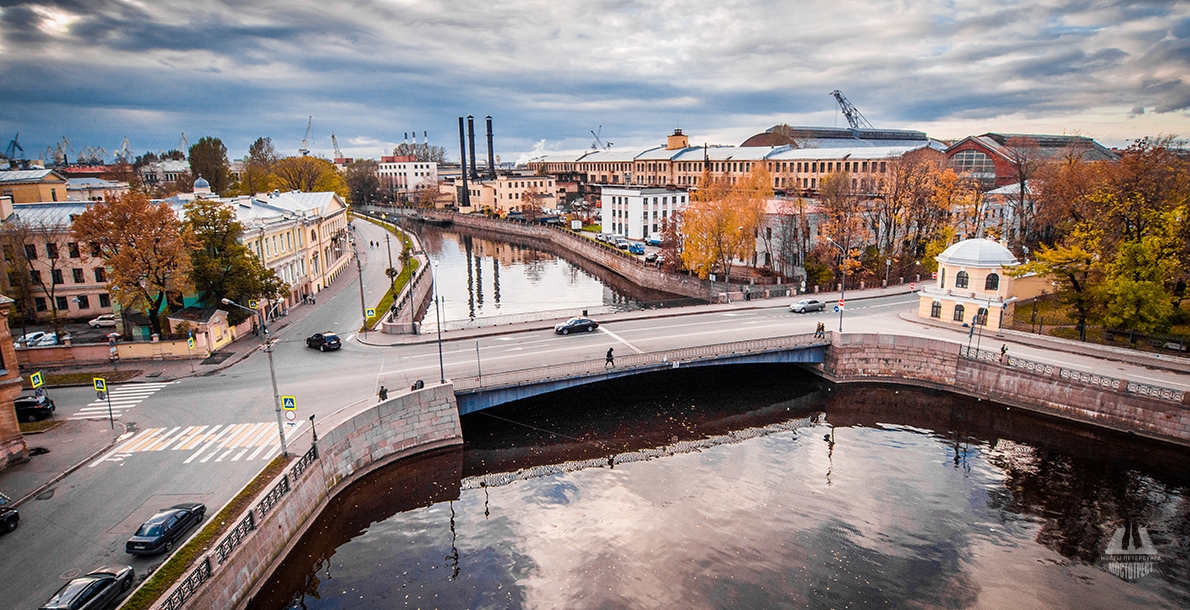 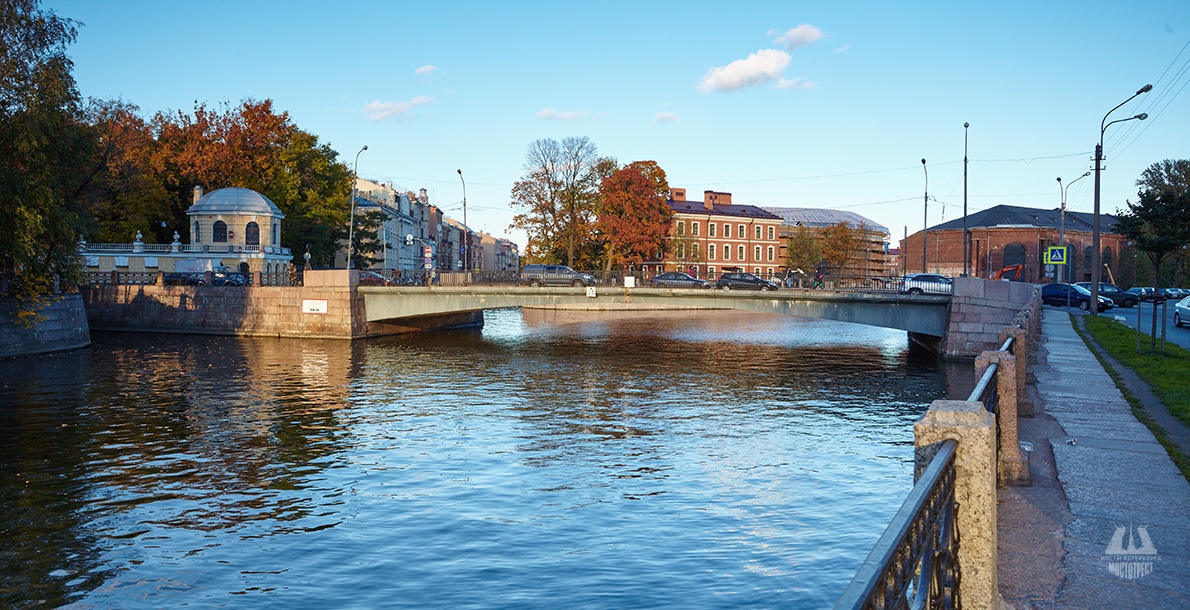 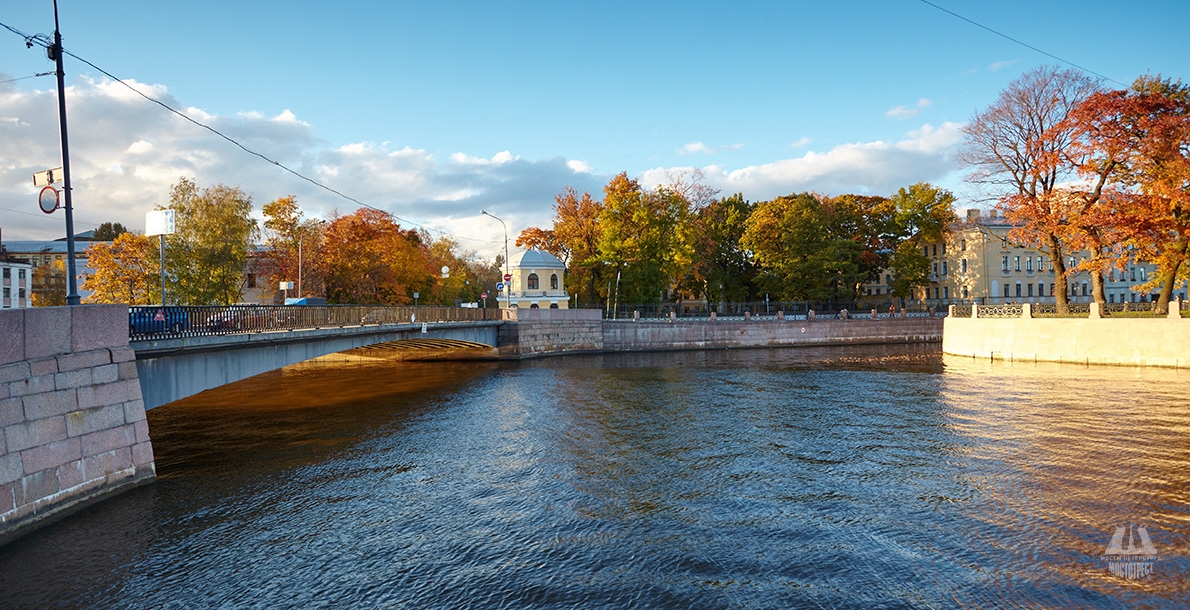 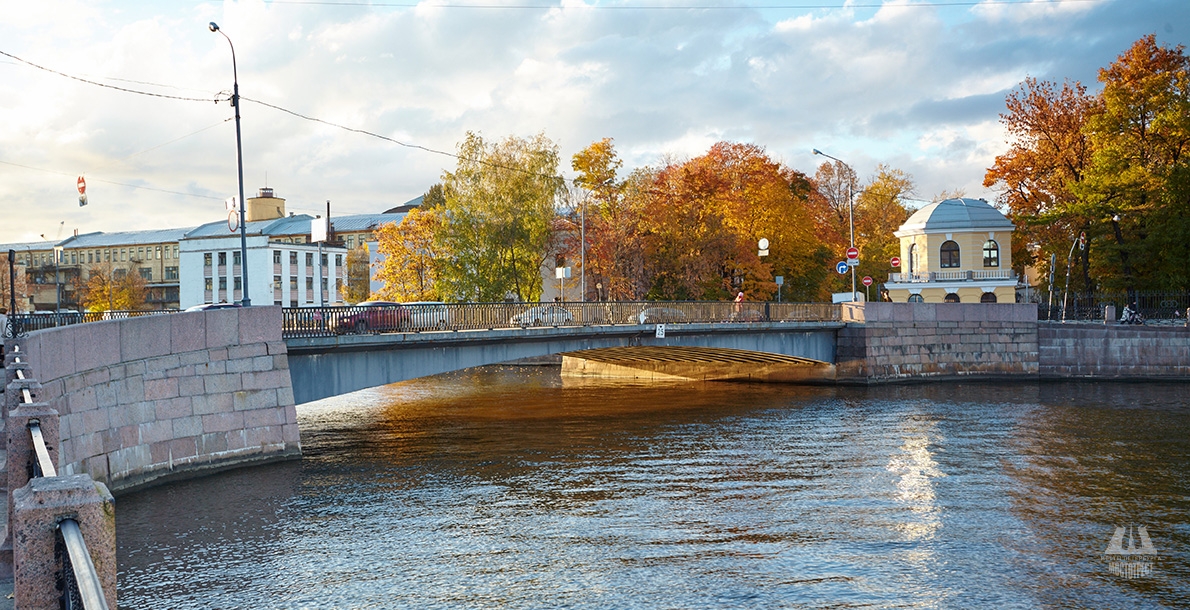 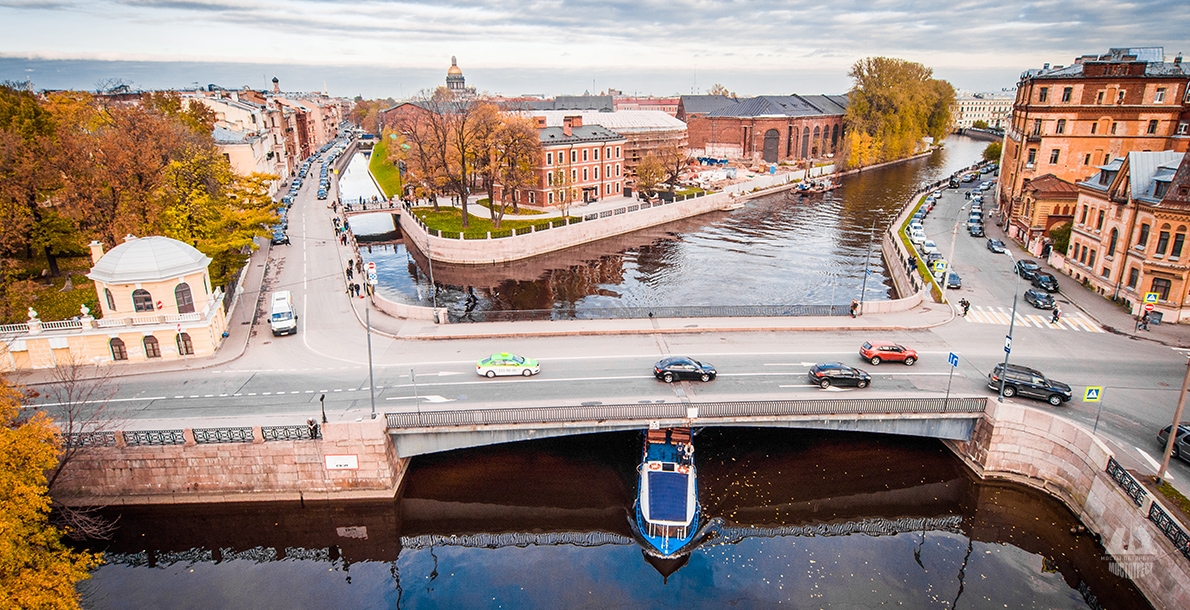 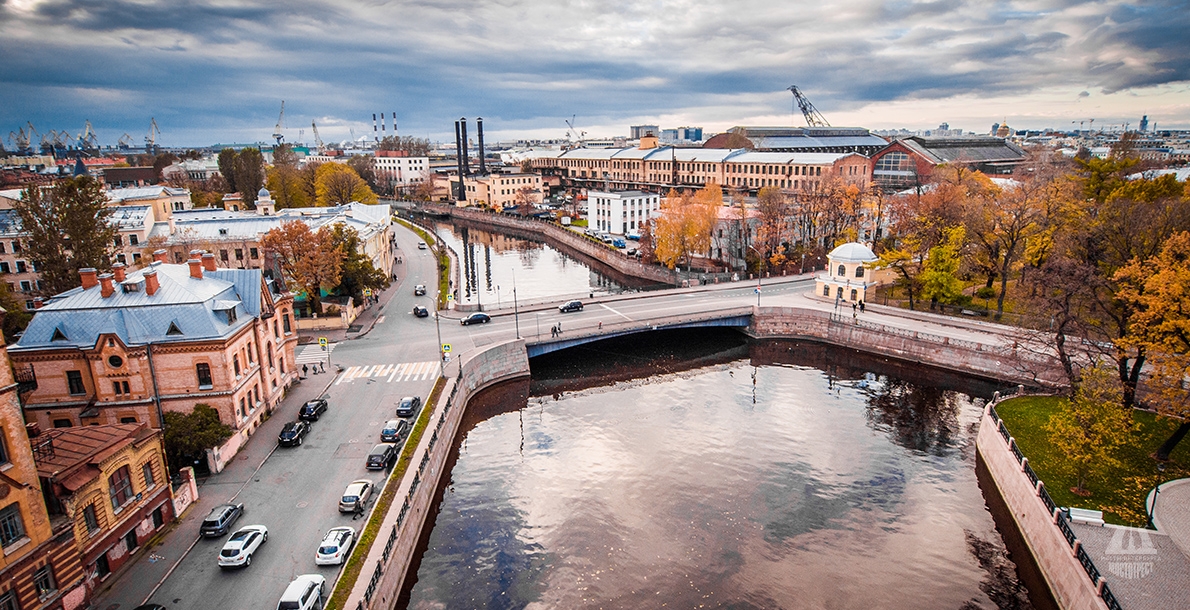 Since 1737 there was a multi-span wooden beam bridge with a central draw span for the passage of ships laying the course to the New Holland Island- to Galernaya shipyard where small boats were built - the galleys. The island, on which the New Holland Island was located, was known as Galerny, after which the old name was given to the bridge. In 1740 Galernaya shipyard was moved to Vasilevsky Island.

Since 1770 the bridge was named after the owner of the house located near the bridge. A.V. Khrapovitsky was a secretary of Catherine II, and author of "Pro memoria" containing extensive material on the history of Russia in the last quarter of the XVIII century.

Wooden bridge was repaired several times, and in 1935 during the next repair the draw span was dismantled.

In the years 1965-1967, under the project of architect L.A. Noskov, the bridge was rebuilt into a single-span reinforced concrete cantilever frame bridge. The superstructure has a curved shape of the lower chord, and made of pre-stressed concrete. The bridge abutments are massive reinforced concrete ones on pile foundation and faced with granite. Cast iron railing of modern pattern without bollards is installed on the bridge. Granite pedestals are installed at the ends of railing.

Reinforced concrete slab of the roadway is included in the main beams operation. The roadway is covered with asphalt pavement; sidewalks – with sand asphalt. The roadway is separated from the curb by granite kerb stone.

Khrapovitsky Bridge is mentioned in the text of A.S. Griboyedov "Particular cases of the St. Petersburg Flood": "On the next morning I went to inspect the consequences of natural destruction. Cashin and Potseluev bridges have been shifted from their places. I turned down the Pryazhka Embankment. Embankments, iron railings, and granite abutments were washed out completely. Khrapovitsky was cut off from the bridge reinforcements, unable to travel. I went over it, and near the house of the Countess Bobrinskaya, in the middle of the street there was a bridge from Galerny Canal; on Bolshaya Galernaya Street there were bloated corpses of cows and horses. I returned again to Khrapovitsky Bridge and along the Pryazhka River and its pitted embankment I came to another bridge, which on the eve was sent along Ofitserskaya Street (dedicated to the St. Petersburg flood of November 7, 1824, one of the most disastrous - the water level in the Neva River then rose by more than three meters).