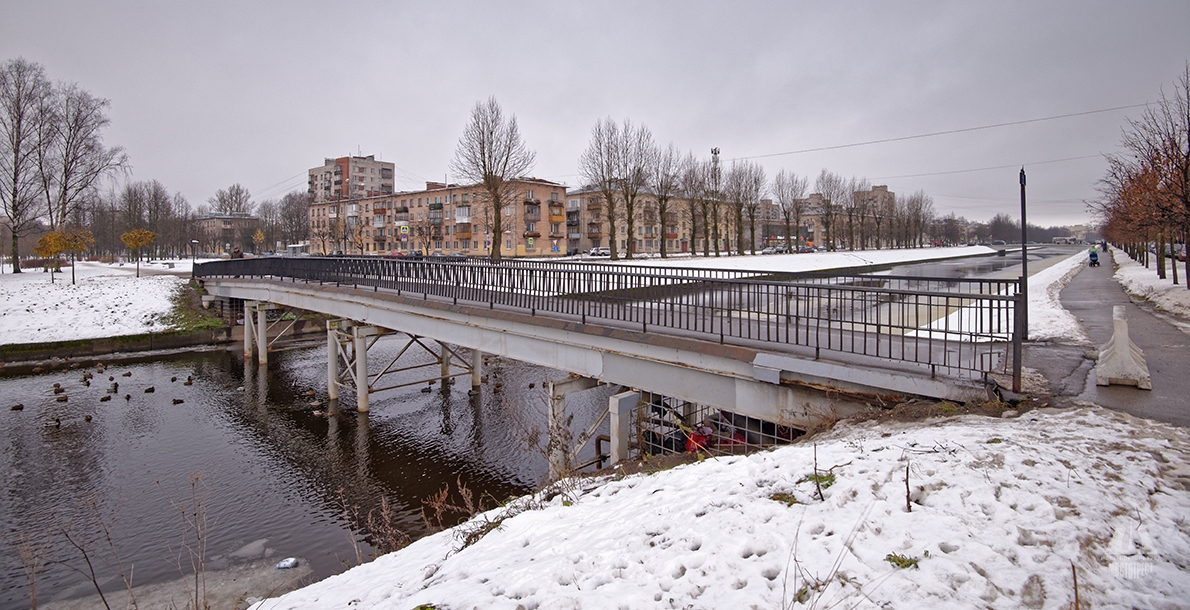 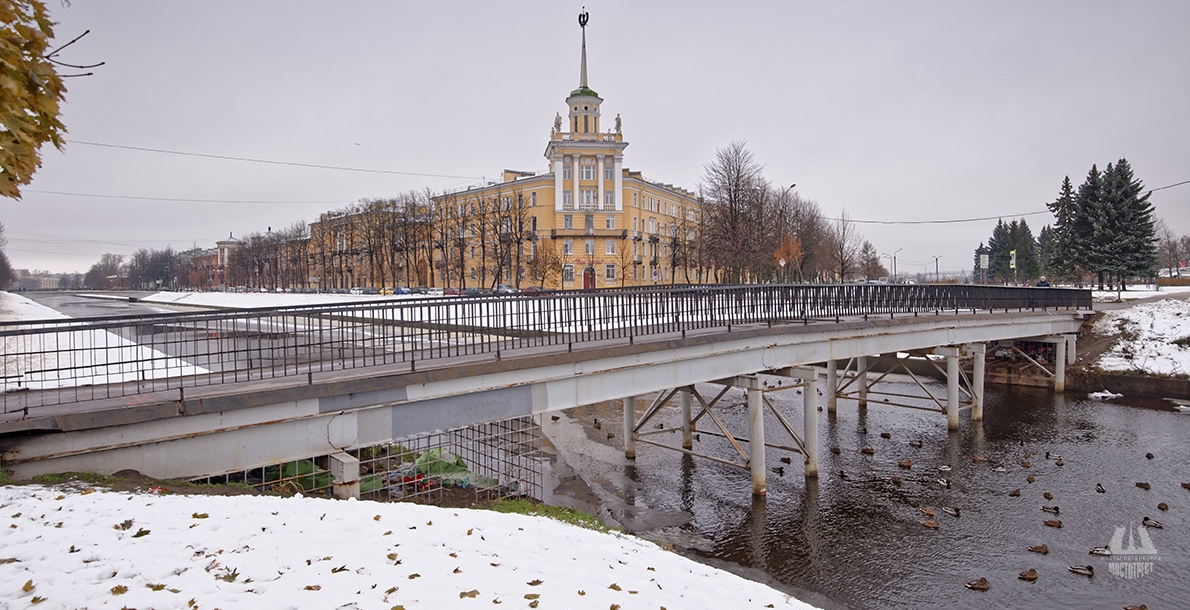 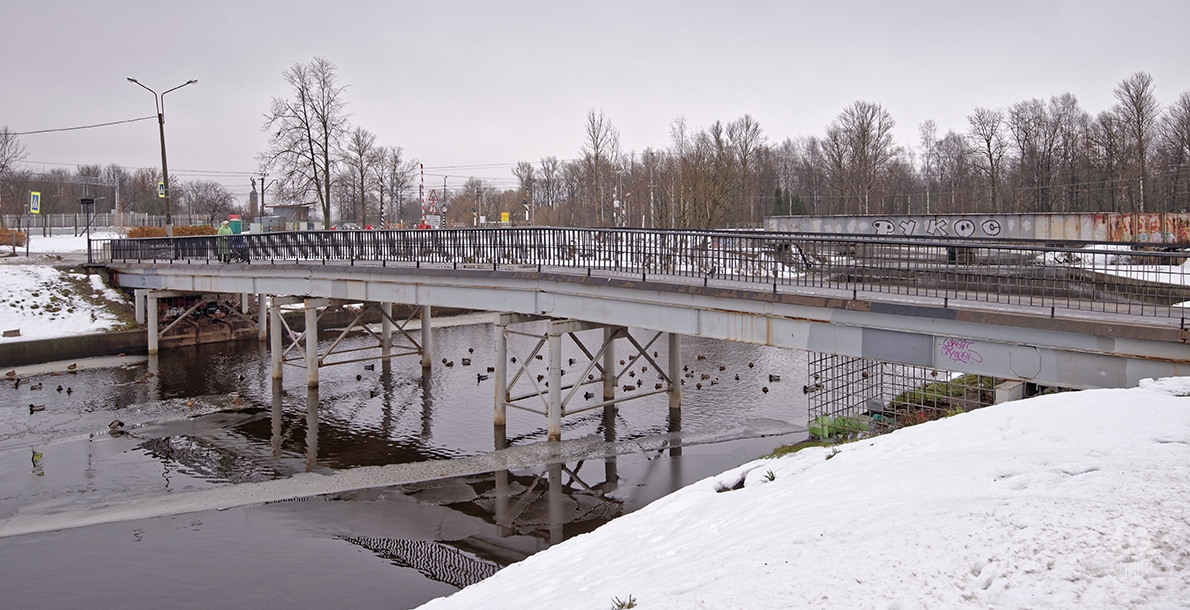 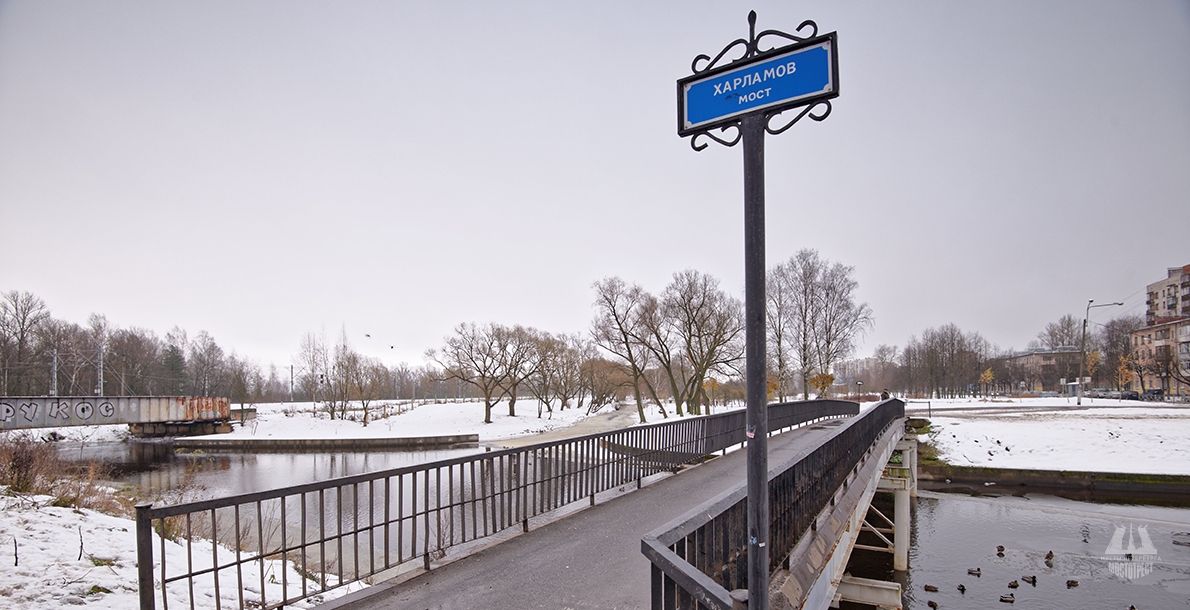 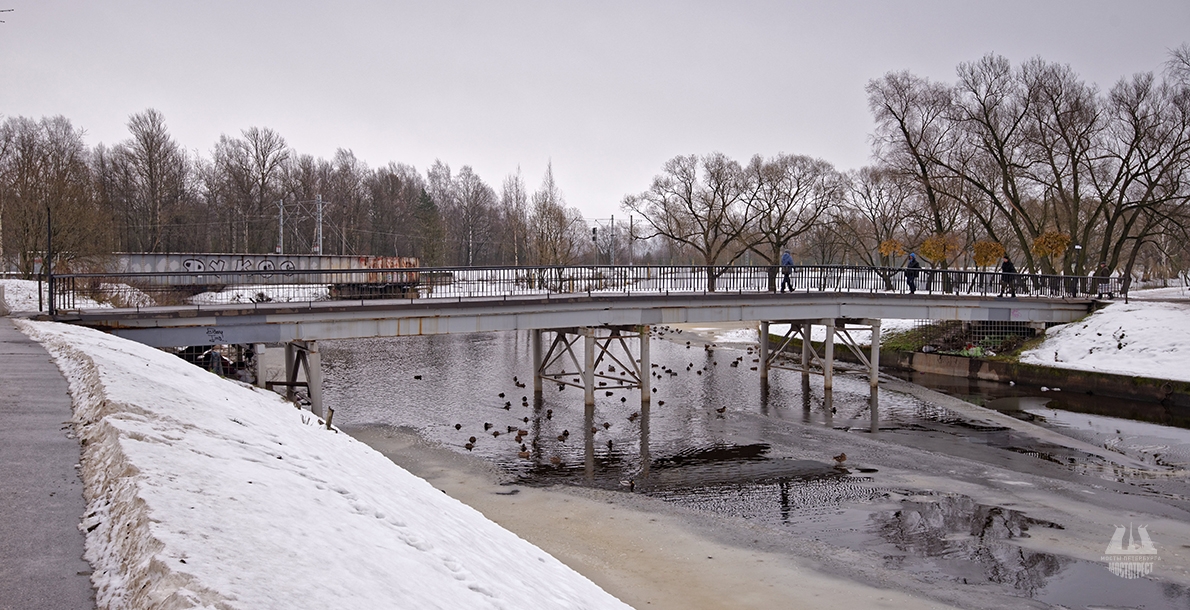 Kharlamov Bridge is located in Kolpino, over the Komsomolsky Canal to the east of Oktyabrskaya Street. This is a metal bridge having two side and two intermediate metal welded frame supports.

The bridge railings are fencing without artistic pattern. Its height is of 100 centimetres.

The wooden bridge was built there in the 1960s. In the end of the 1980s it was rebuilt completely.

The Komsomolsky Canal flows from the Izhorsky Pond to the Malaya Izhorka River. Two bridges span the canal – Kharlamov Bridge and Nikolsky Bridge.

The modern name was given to Kharlamov bridge on July 3, 2012 by the old name of the creek which flows to the canal near the bridge – the Kharlamov Creek.

"The origin of the name of the creek is unknown, and it is not included in the Register. Alexey Mikhailovich Kharlamov, Master, Commissioner of Izhora lumber mill in 1739-1765 years left a mark in the history of Kolpino. Perhaps the name of the creek was derived from his name, but there is no evidence of that "(a quote from the book "The Bridges in Kolpino", the author - Yevgeny Sizyenov, 2016, St. Petersburg).

Contrary to popular belief, the name of the bridge is not connected with the legendary hockey player Valery Kharlamov, the Soviets national team.

Interestingly, that in the center of the Saint Petersburg there is a namesake of Kharlamov Bridge in Kolpino – the famous Kharlamov Bridge which connects Kazansky and Spassky islands over the Griboyedov Canal in Admiralty District of St. Petersburg.