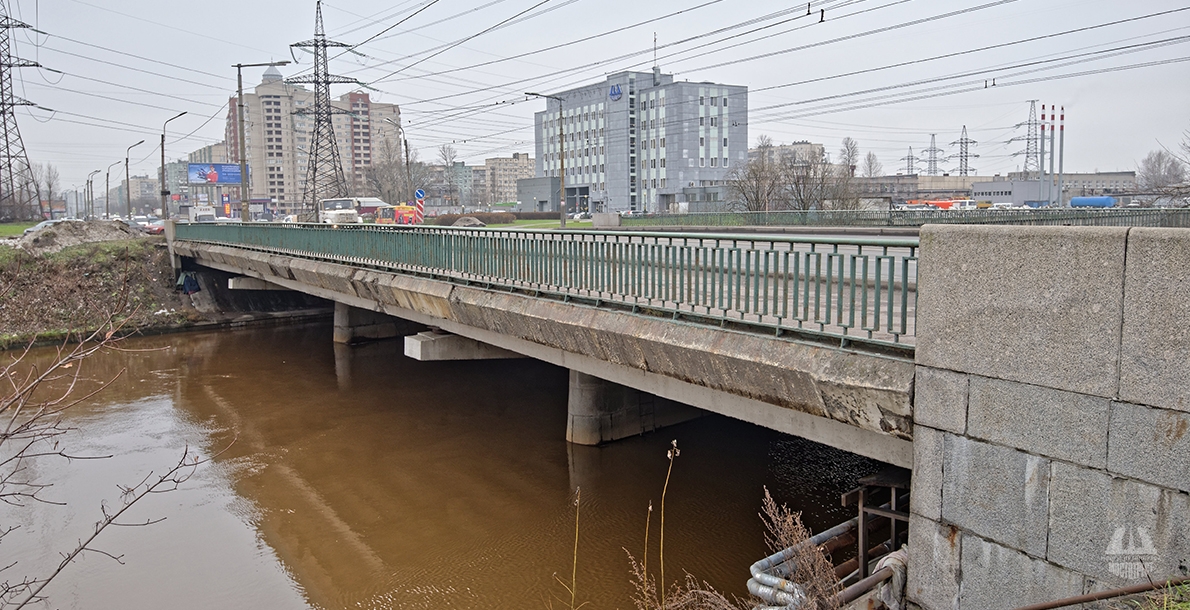 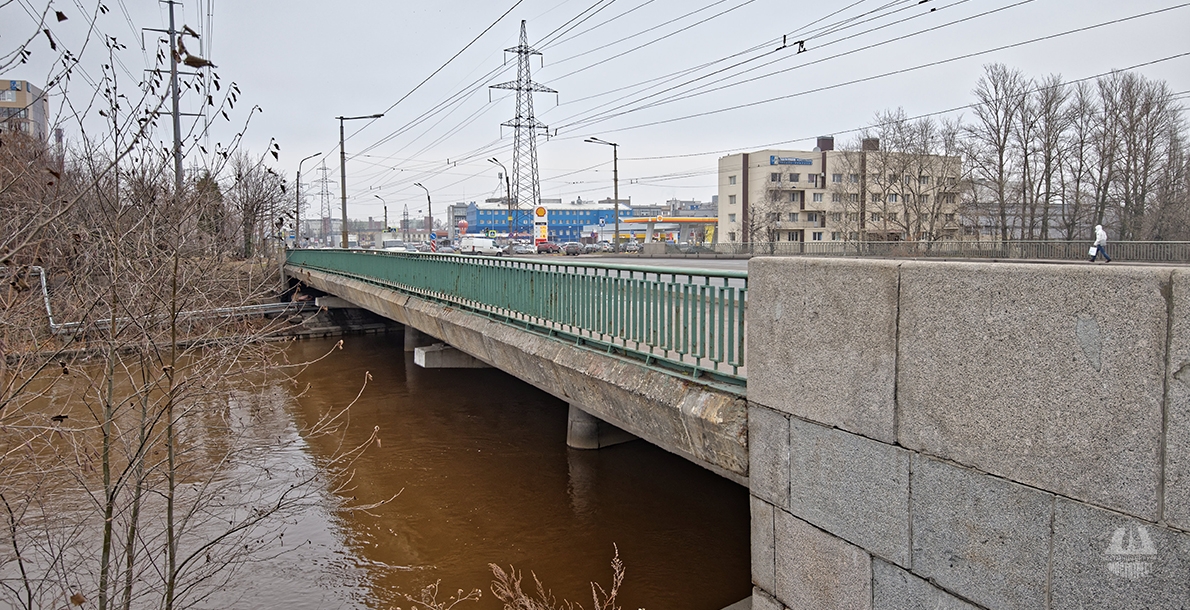 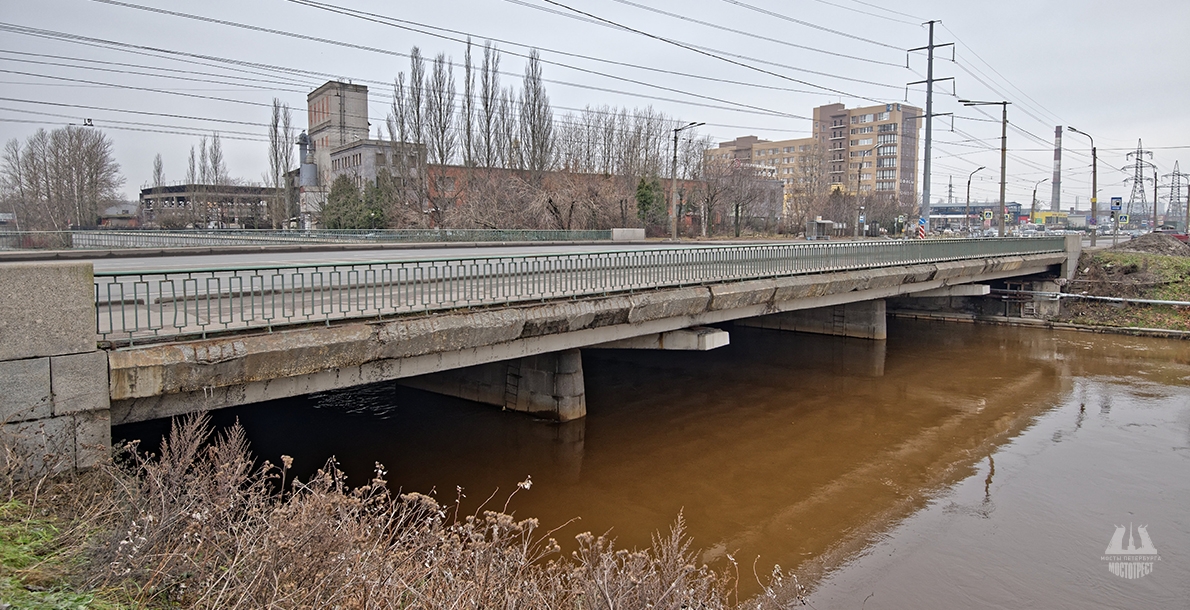 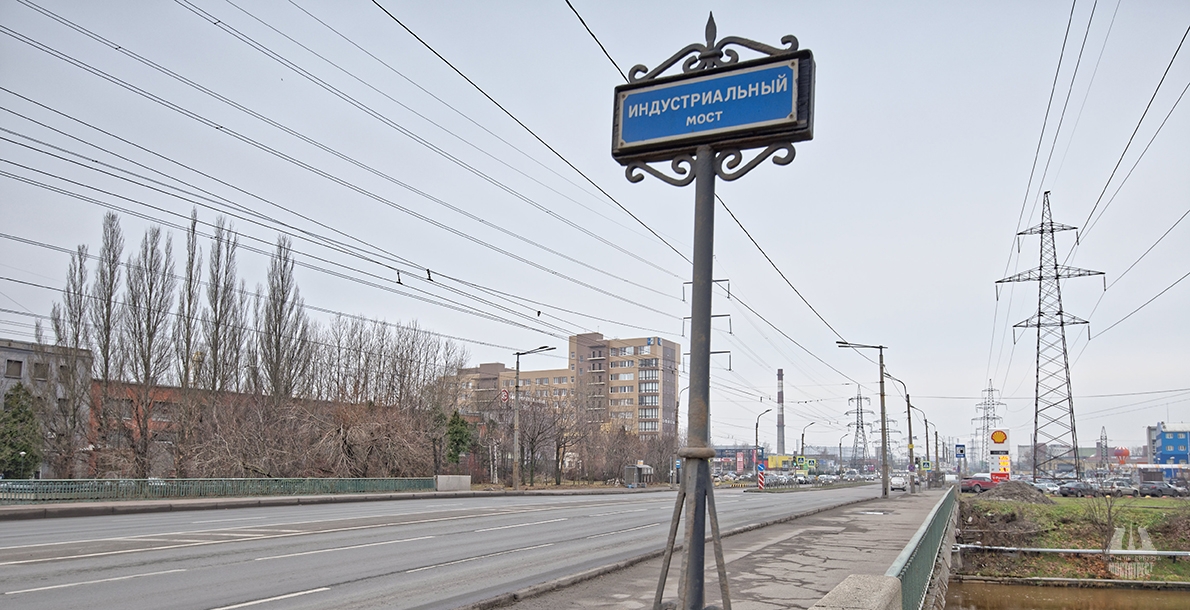 Industrialny Road Bridge is a bridge across the Okhta River in Krasnogvardeysky District. The bridge is located near Rzhevka-Porokhovye District on the Central circular road intended to discharge Industrialny Prospect from the trucks. It is placed from Khasanskaya Street to Shaphirovsky Prospect. The bridge is a main link between Revolutsii Highway and the Enthusiasts Prospect. The bridge received its name in honour of the plan for the industrialization of the country dd. December 6, 1976.

The new bridge was built in 1976-1978 under the project of engineer B.E. Dworkin of Lengiproinzhproject and architect Yu.G. Shinnan. This is three-span reinforced concrete simple bridge. The superstructure consists of precast reinforced concrete I-section blocks connected together along the transverse joints.

The bridge is designed for the traffic of cars and pedestrians. The roadway of the bridge allows six lanes for vehicles. The roadway is paved with small-grained asphalt; sidewalks – with sand asphalt. Metal welded railing of a simple pattern with granite parapets at the ends is installed on the bridge. The sidewalk is separated from the roadway with granite curb.

The bridge was built by efforts of SU-2 of Trust Lenmostostroy under the direction of engineer L.S. Kulibanov and foreman V.M. Shumskoy. Inspector T.P. Mikheeva of the Directorate exercised technical supervision of the work.

Among all the city bridges Industrialny Bridge is the closest to the main building of St. Petersburg SP SBI Mostotrest - an organization that is responsible for the technical maintenance of all the bridges in St Petersburg.