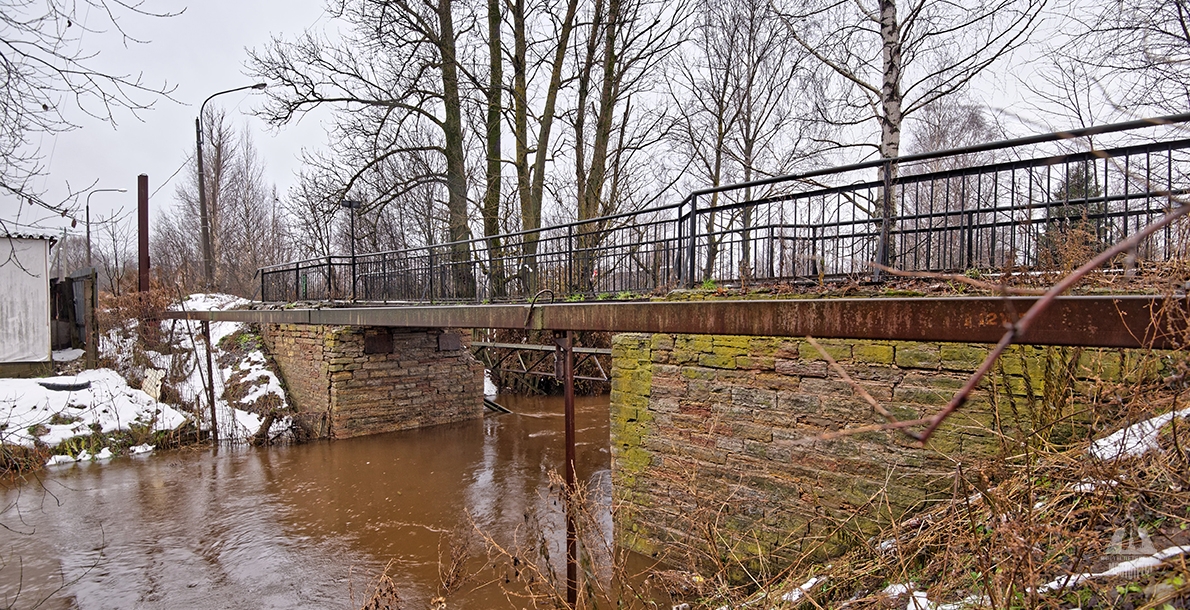 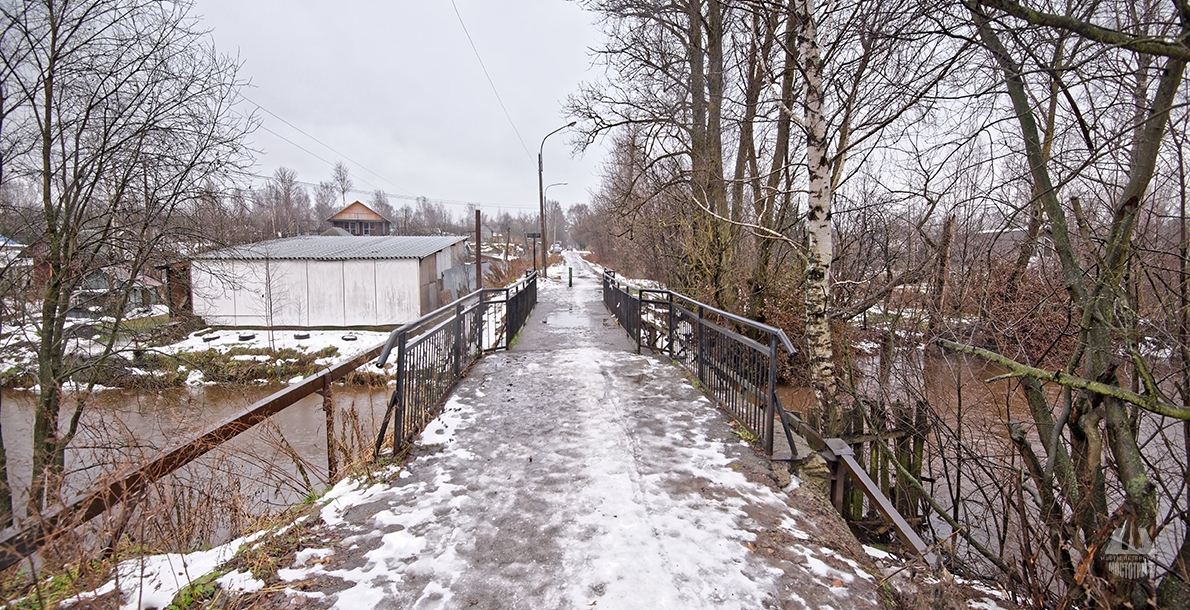 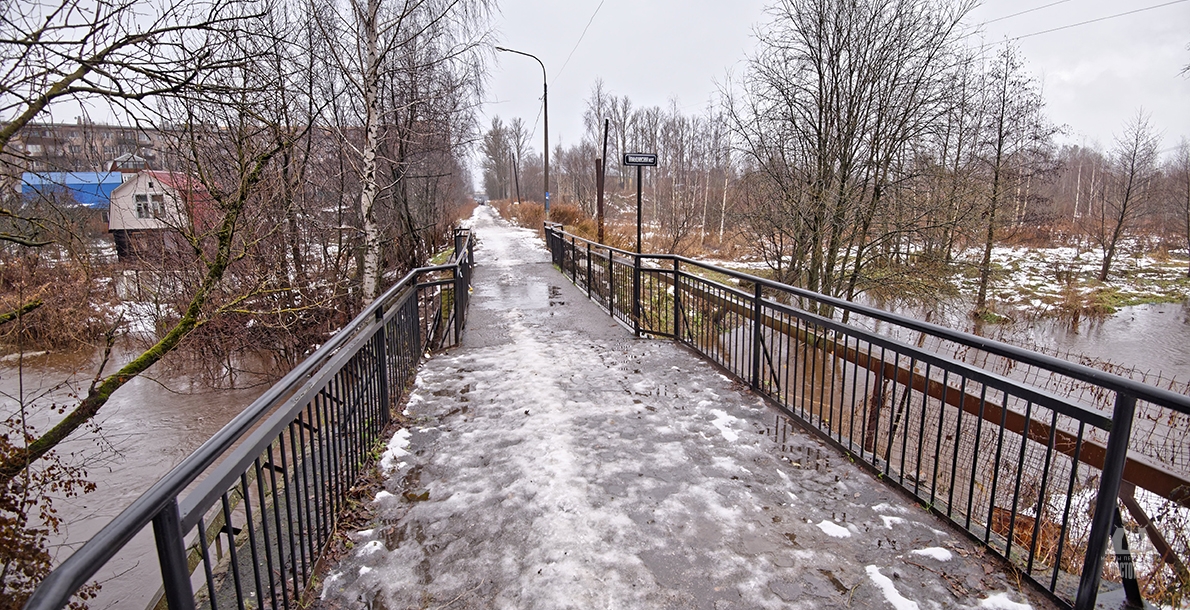 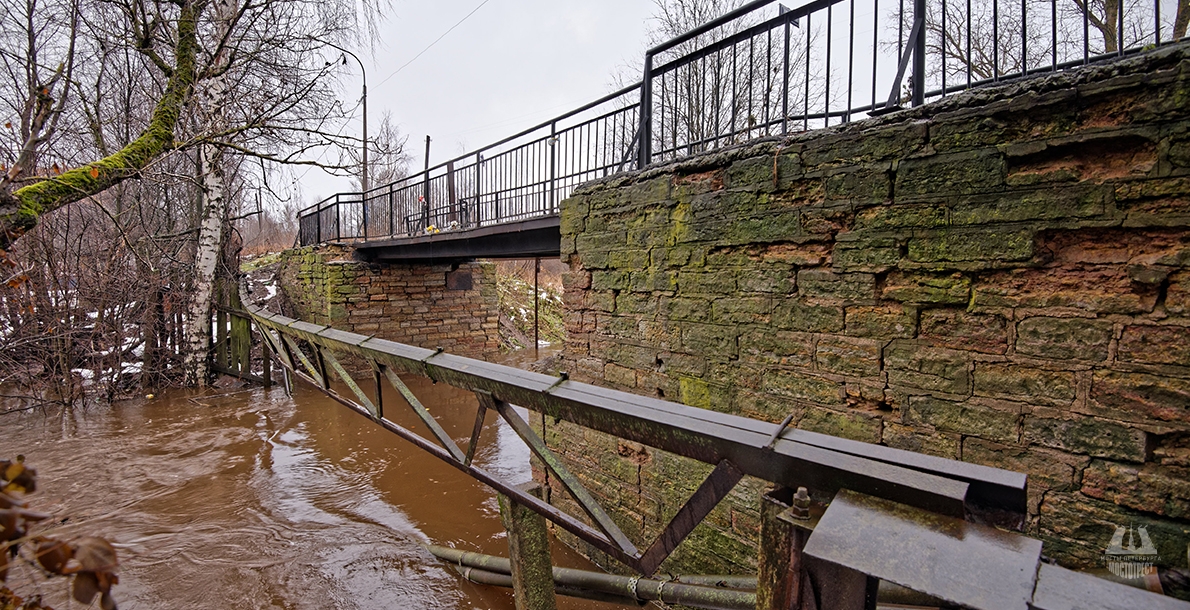 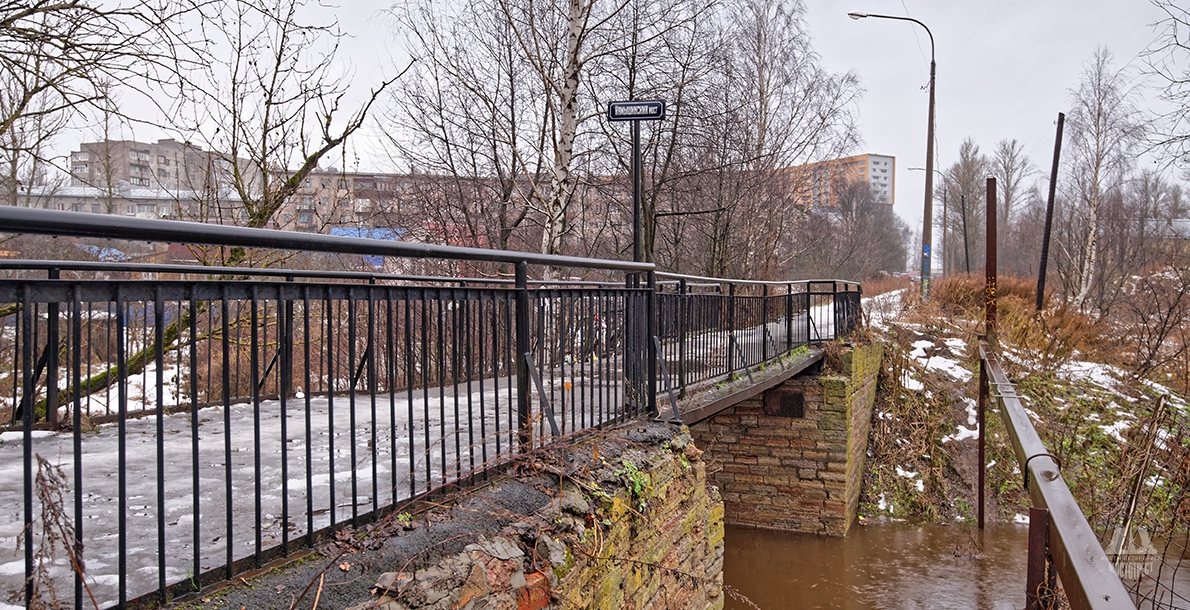 Lubja is the river in Leningrad Region, the left confluent of the Okhta River. The Lubja River is 26 km long. The river flows through Ozerki, then in Vsevolozhsk through the micro-districts Melnichny Ruchey, Vsevolozhsk, Berngardovka, Priyutino, Kovalyovo. Downstream of the current within Saint Petersburg it flows through Rzhevka District. Within Saint Petersburg the river is named Luppa.

The wooden pedestrian bridge was built for the needs of resident population. Initially, it was under the justification of Communal area department. In 1930s the bridge was put on to Lenmosttrest books.

From 1977 to 1990 the bridge was a two-span structure with metal superstructure.

In 1990 the wooden pedestrian bridge was rebuilt in a single-span metal beam bridge under the project of Lenmosttrest.

The superstructure consisted of metal I-beams. The bridge abutments are stone ones and based on earth foundation. Sand asphalt pavement on orthotropic slab is laid on the sidewalk.

The railings were metal welded ones of a simple pattern. There is no lighting on the bridge. The railway station Rzhevka is located near the bridge. Now days, with the district where the bridge is located, intensive housing construction.

The bridge derived its modern name in 1997.