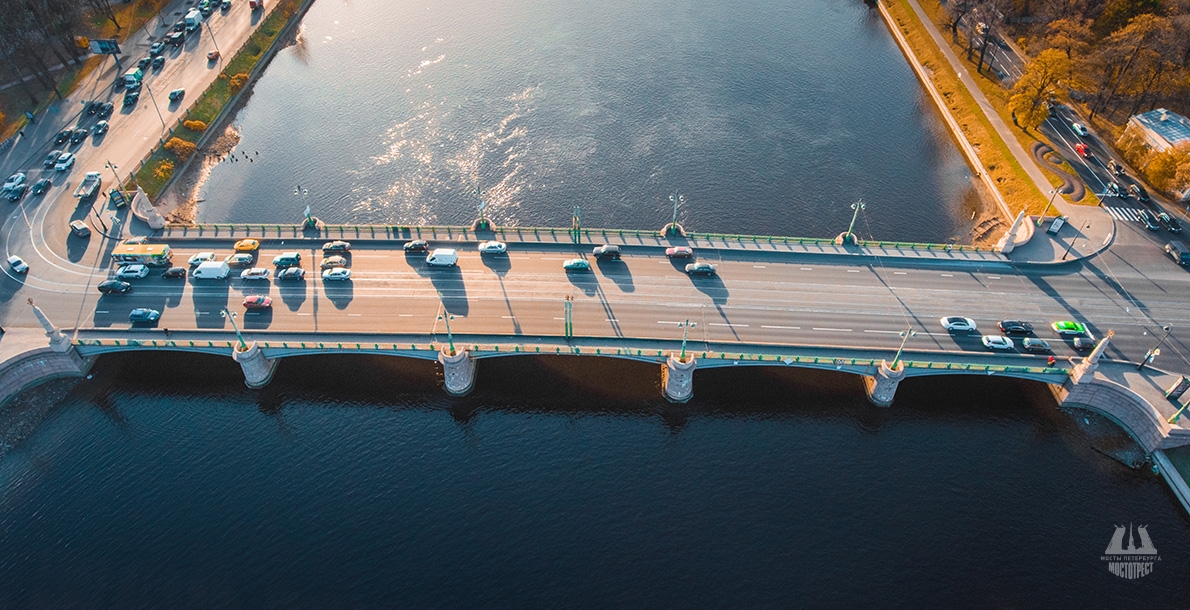 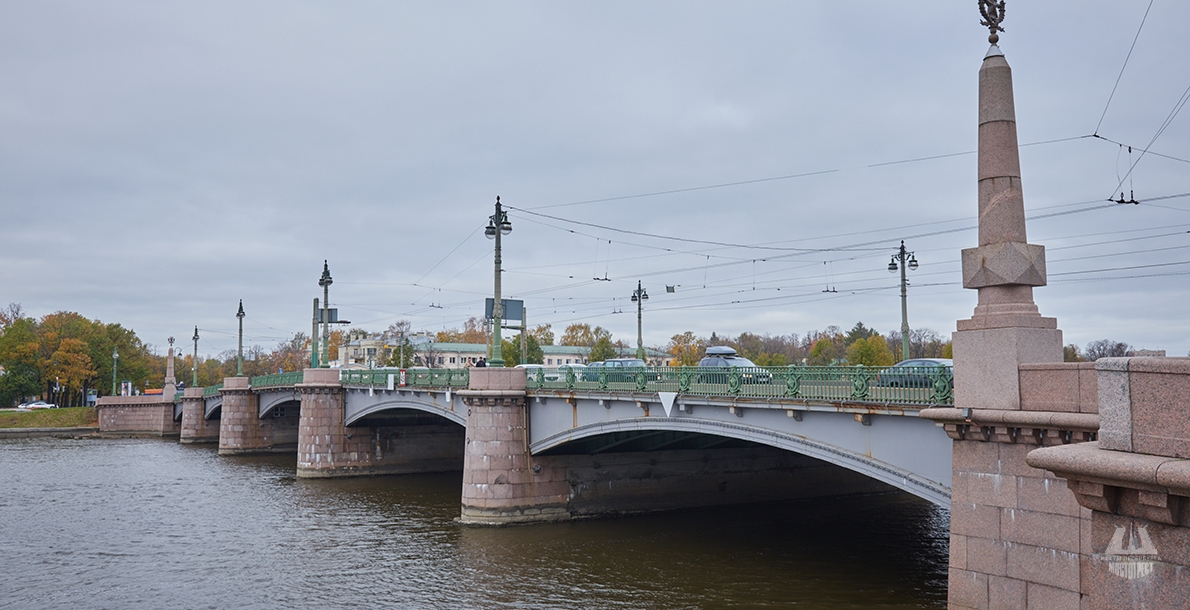 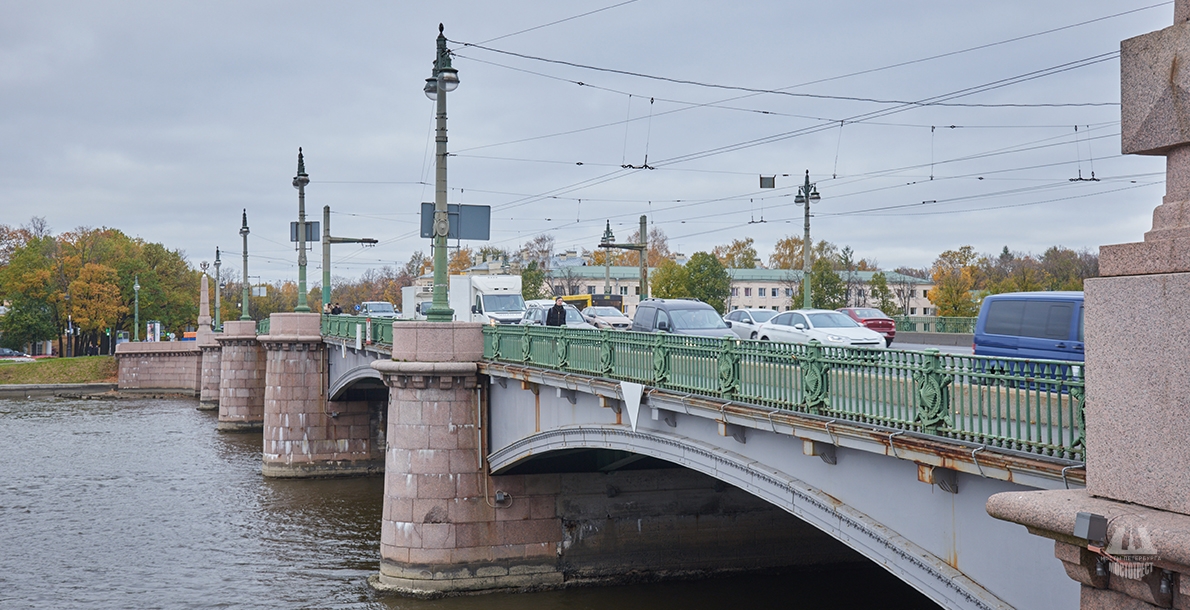 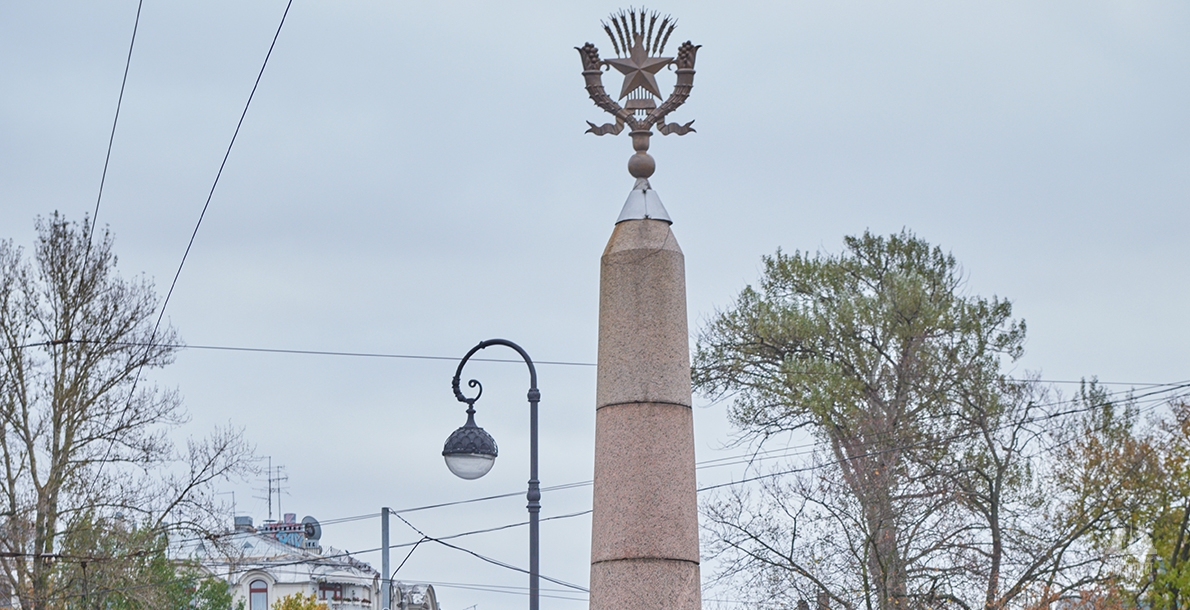 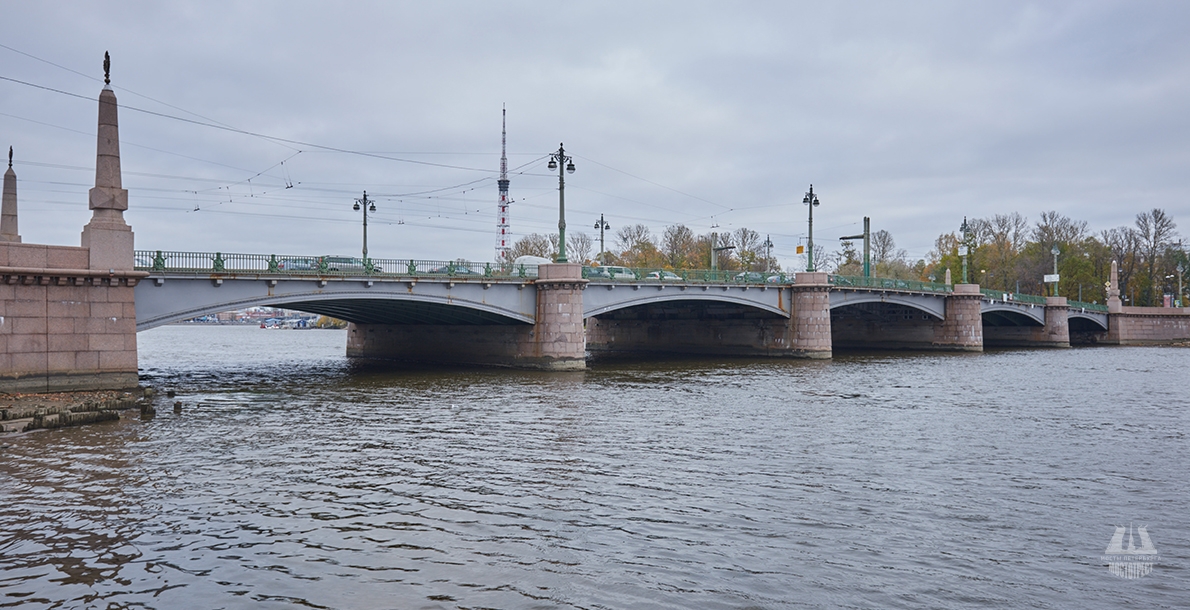 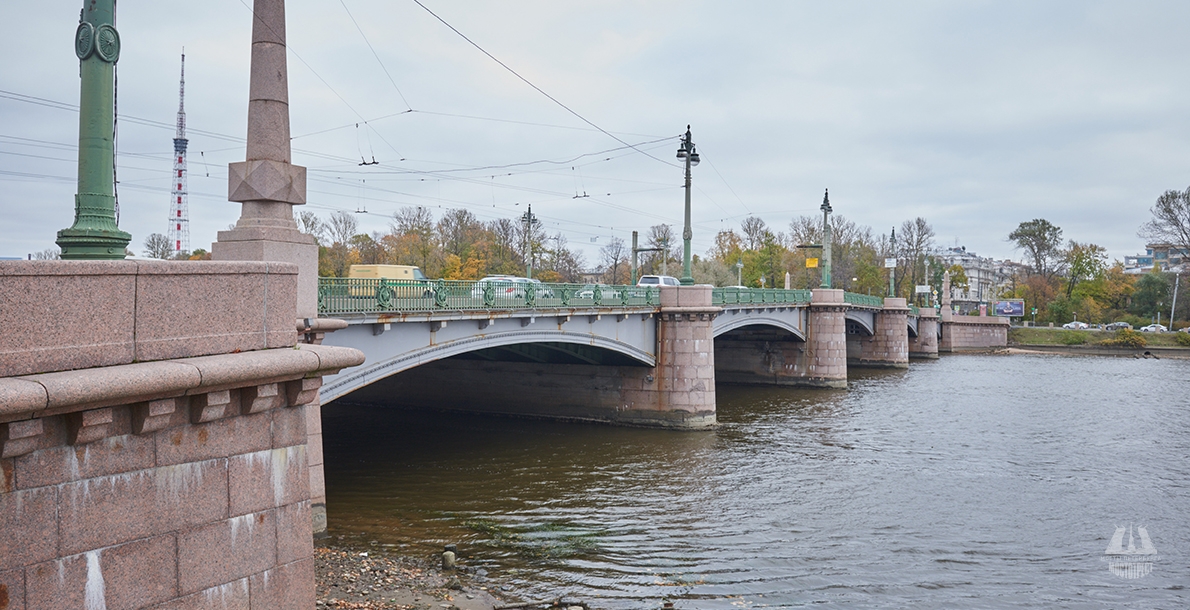 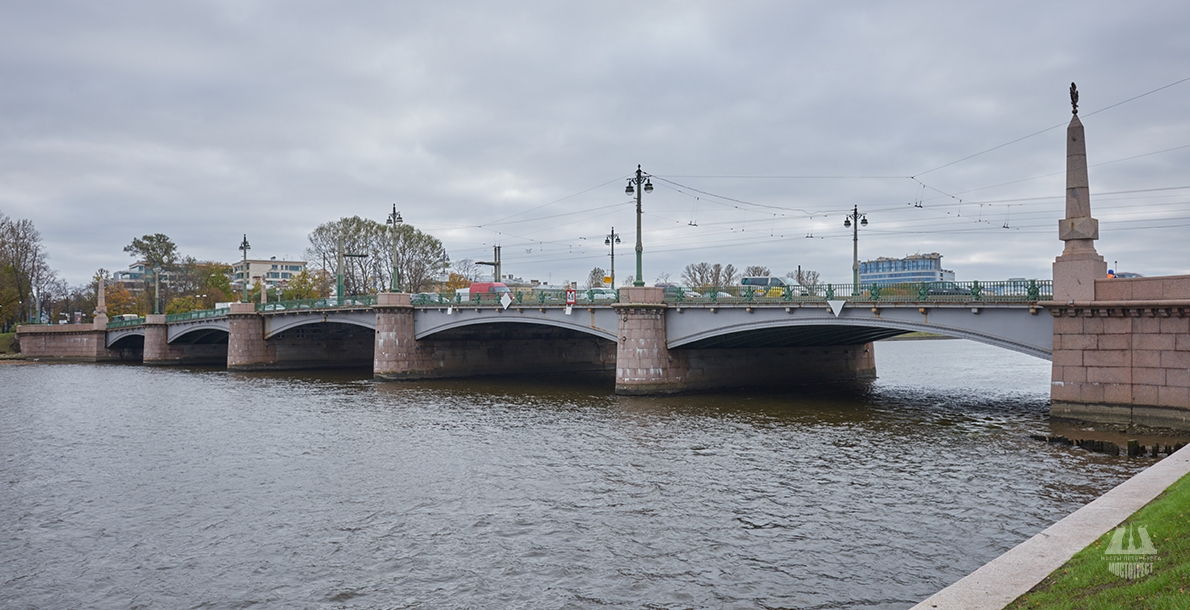 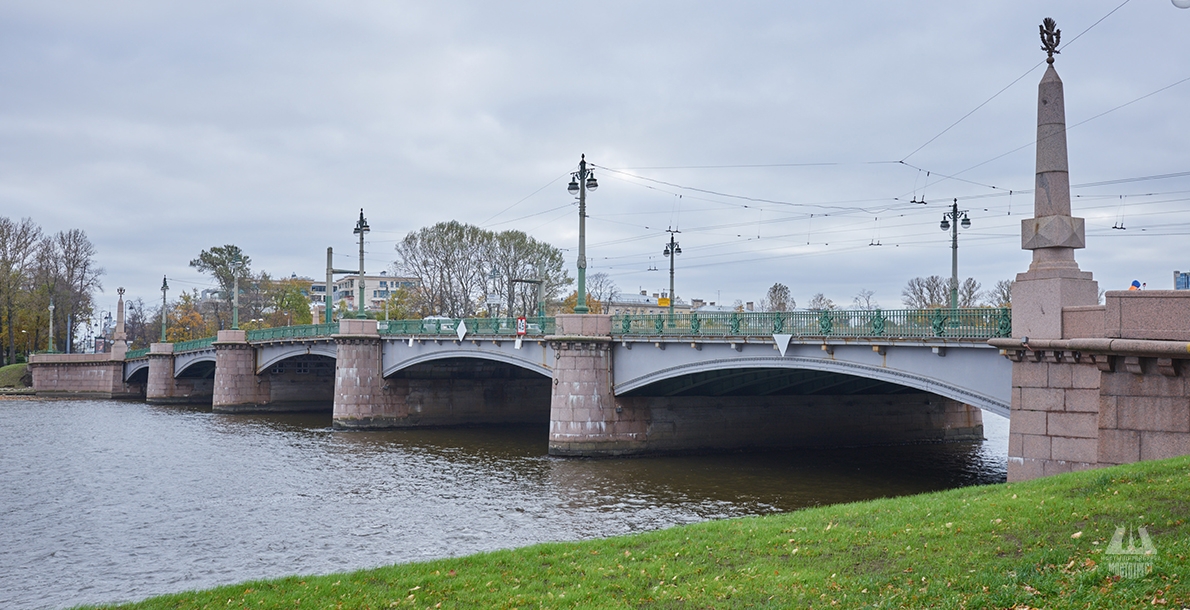 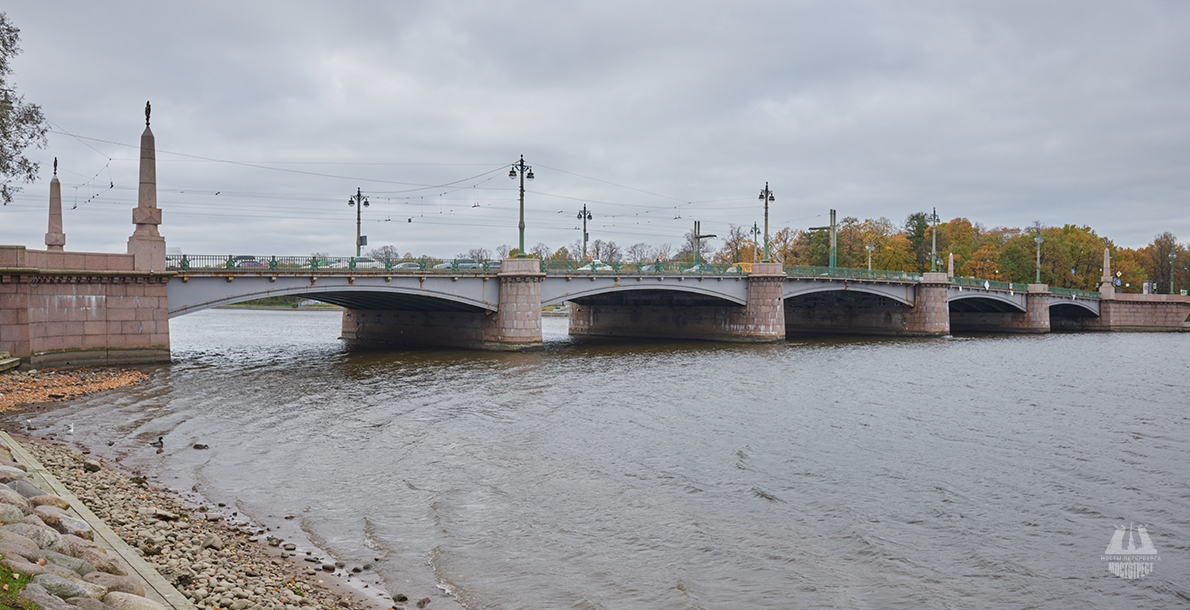 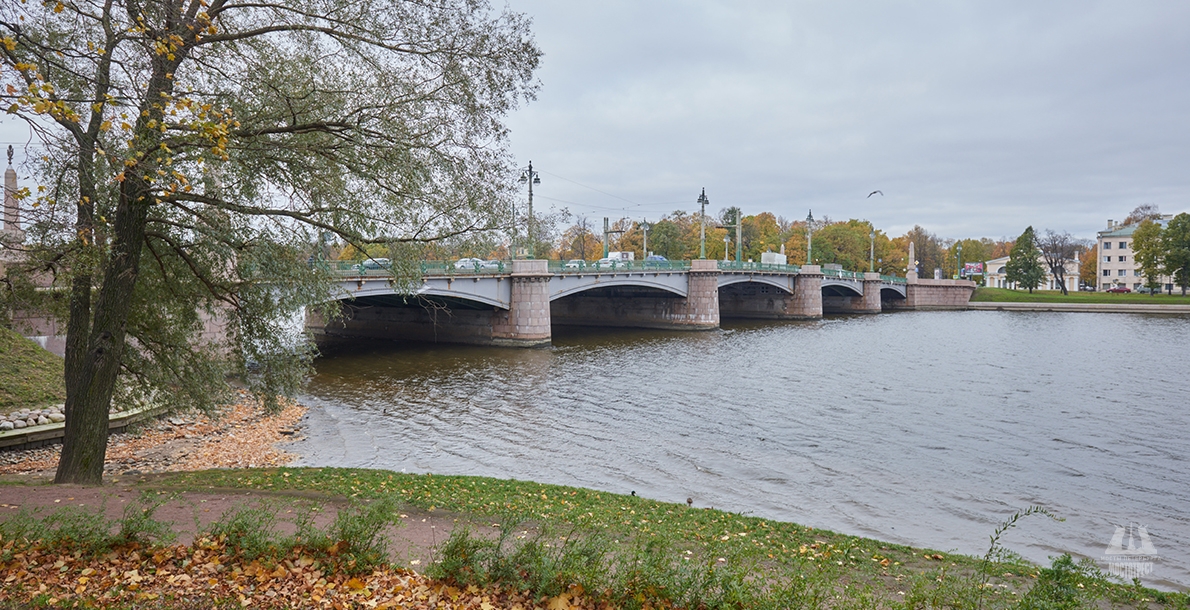 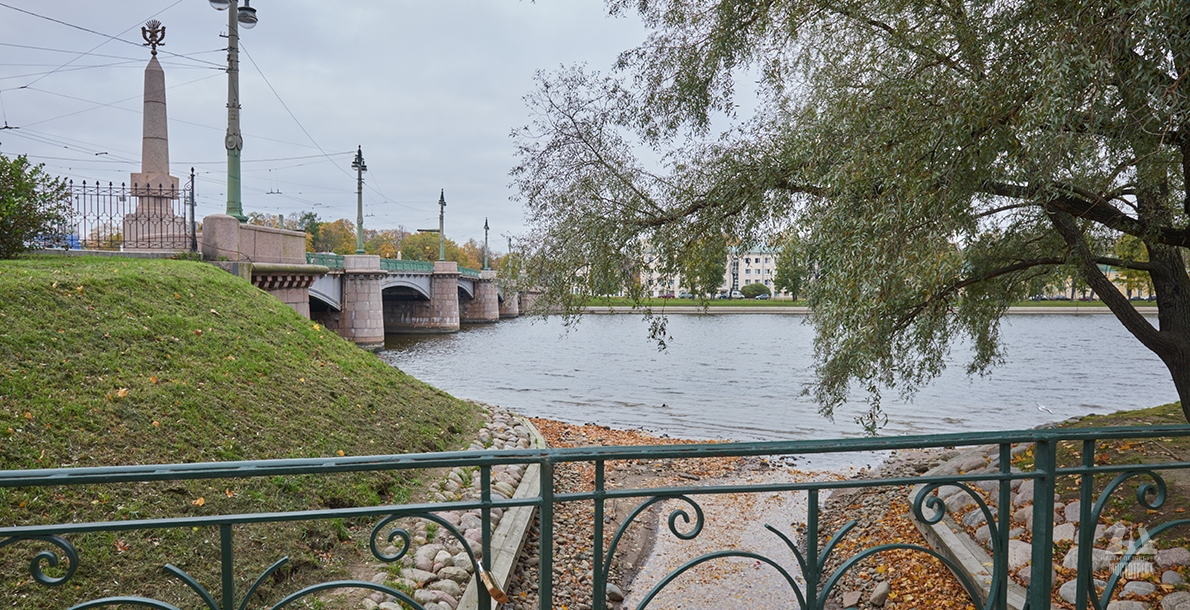 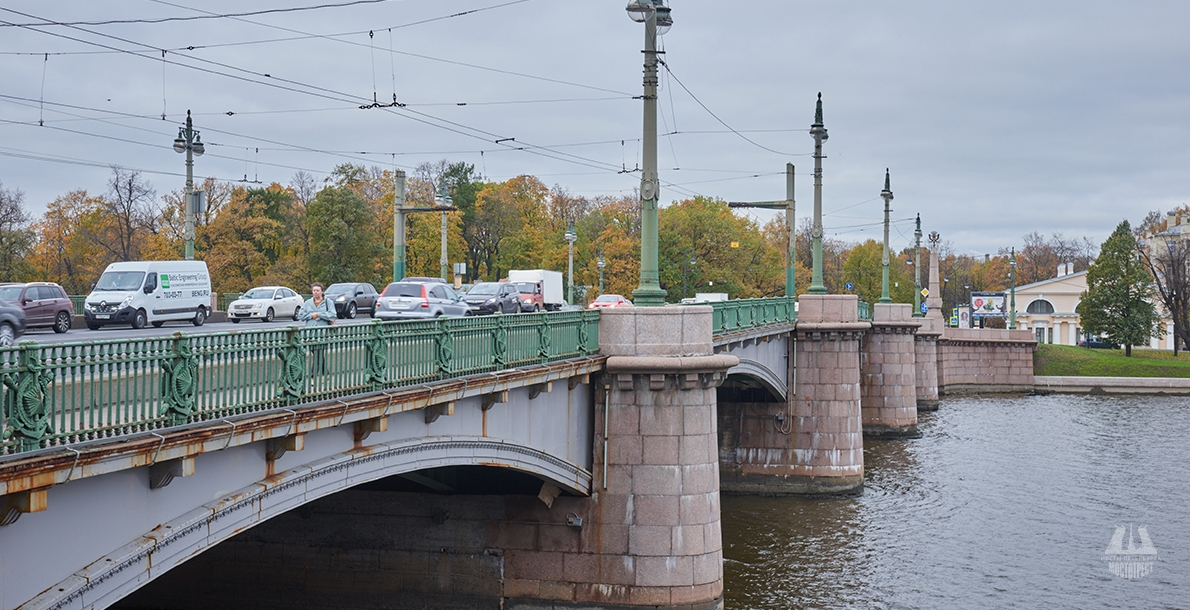 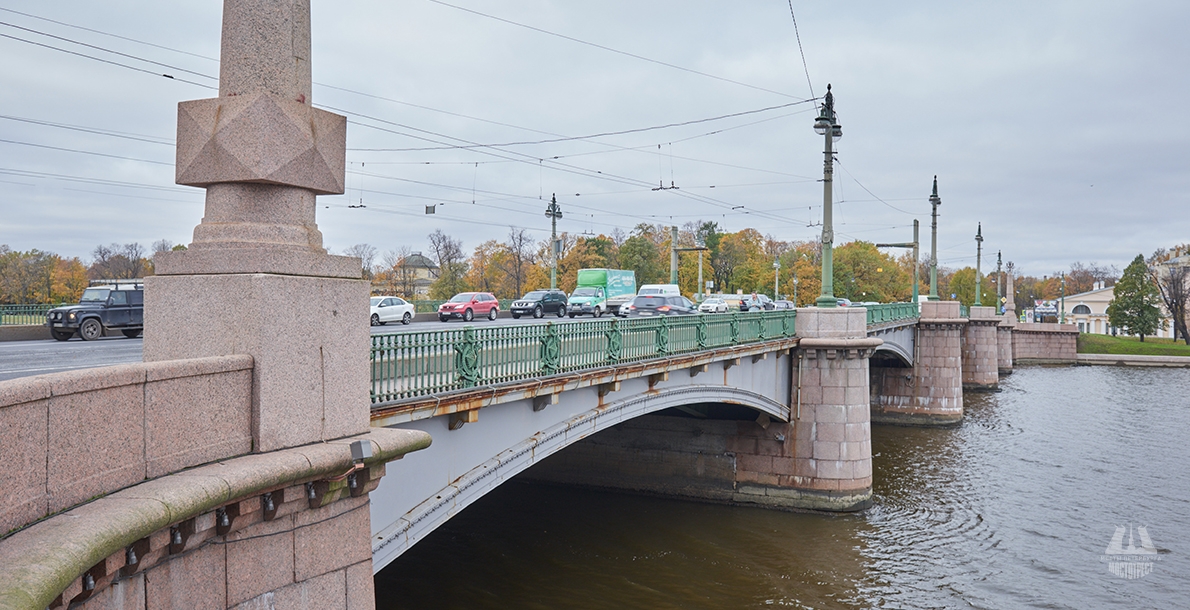 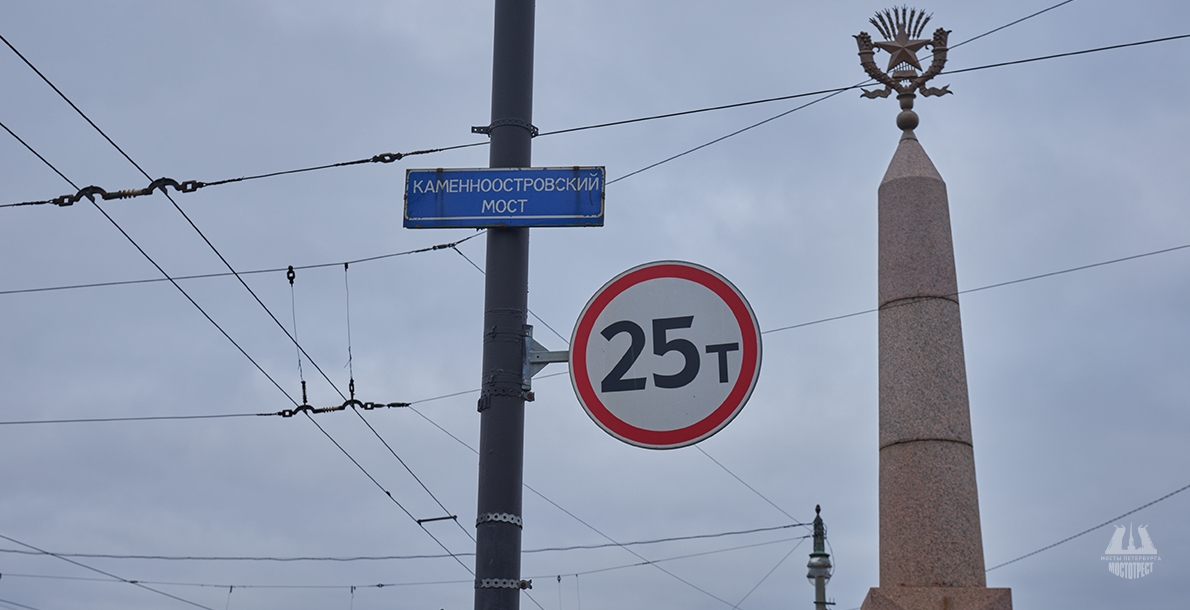 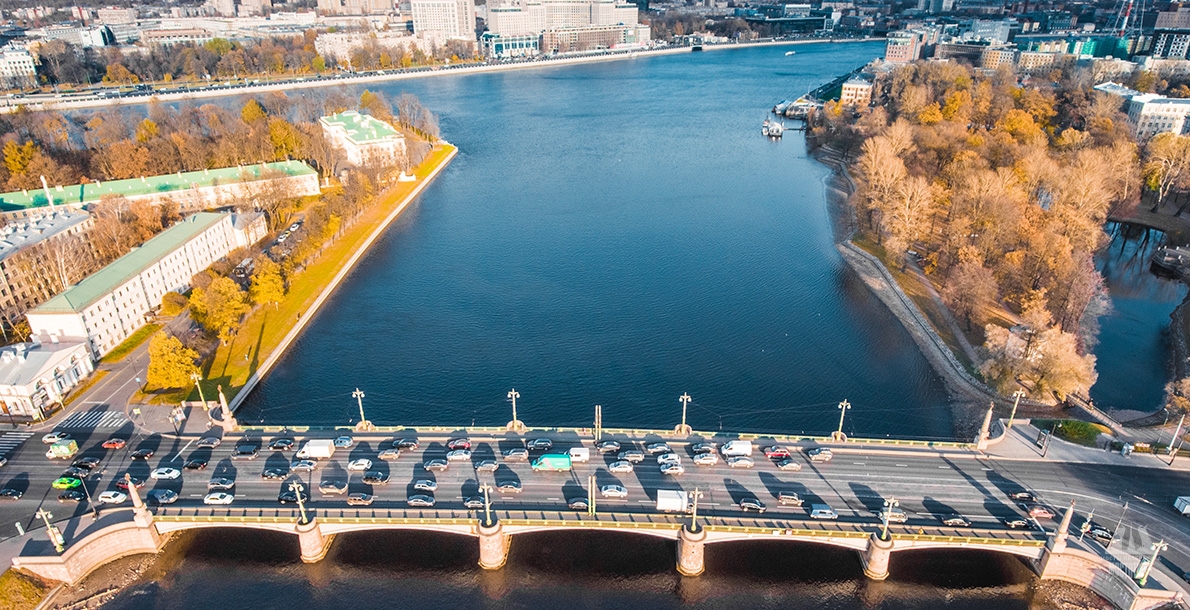 In 1760 on the Malaya Nevka River a pontoon bridge was spanned on 11 ships designed by architect A.F. Visshe.

In 1765 it was replaced by a new floating pontoon bridge 10 and then a floating bridge was connected with the river abutments on piles. The wooden bridge in this appearance was repeatedly repaired.

In the years 1811-1813, under the project of engineer A.A. Betancur, on the place of pontoon bridge the first in Russia 7-span wooden arch bridge on timber foundations and stone abutments was built. Total length of the bridge was 150.0 meters. In this appearance the bridge was operated for 20 years.

In 1859, under the project of engineer A. Shtukenberg, complete reconstruction of the bridge was carried out, during which the arch system was replaced by a complex strut-frame system.

In 1899, during the next major repair, the bridge was completely rebuilt and changed to a 11-span simple timber manual operated bridge of 4 wooden frames.

In 1938 Kamennoostrovsky Bridge was completely renovated. Wooden girders have been replaced by metal I-beams and manual drive was electrified. Old stone abutments with granite facing were used, and intermediate supports were renovated.

In the years 1953-1955, due to the increased intensity of traffic and increasing loads, and given the dilapidated state of the bridge, a new 5-span metal bridge with a central draw span, under the project of engineers V.V. Demchenko and B.B. Levin of Lengiproinzhproject and architects P.A. Areshev and V.S. Vasilyev, was built. The authors have proposed the original constructive scheme of the bridge with uneven, but accruing from the coasts to the middle of the river, spans values proportional to the thickness of the supports. Thereby the draw span in the middle of the river blends to the environment. For this typical river constructive scheme Ushakovsky and Sampsonievsky bridges with the addition of the coastal spans were built.

Kamennoostrovky Bridge is a 5-span construction the fixed spans of which are covered by 2-span metal threaded beams with solid walls and the curved outline of the bottom chord.

The draw span is twin-leaf rolling bascule system with fixed counterweights and an electromechanical drive. The superstructure is of all-welded type. The bridge abutments are massive reinforced concrete ones on pile foundation and faced with granite.

Railing of the bridge is cast iron one, artistic casting with a pattern, inspired by the classic examples of the XVIII century. At the entrances of the bridge granite obelisks topped with a bronze completion were installed.

In 1999, during the major repair of Kamennoostrovsky Bridge, tramway tracks and waterproofing of the roadway were replaced; complete replacement of asphalt concrete pavement of roadway and sidewalks was made.

In 2000 on the facades and supports of Kamennoostrovsky Bridge artistic lighting was installed. 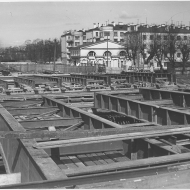 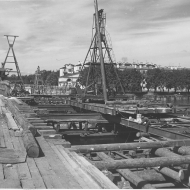 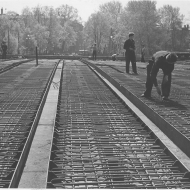 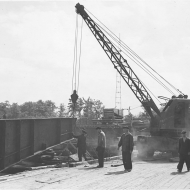 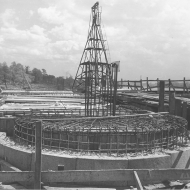 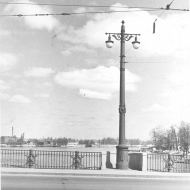 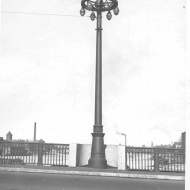 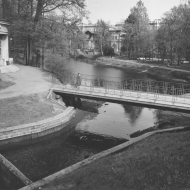 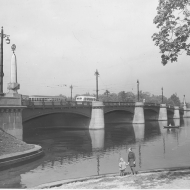 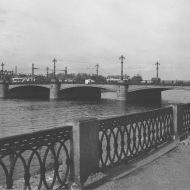 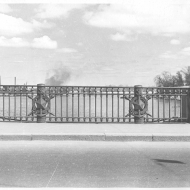 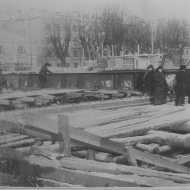 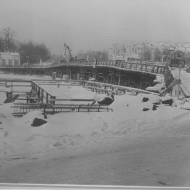 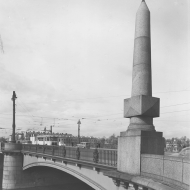