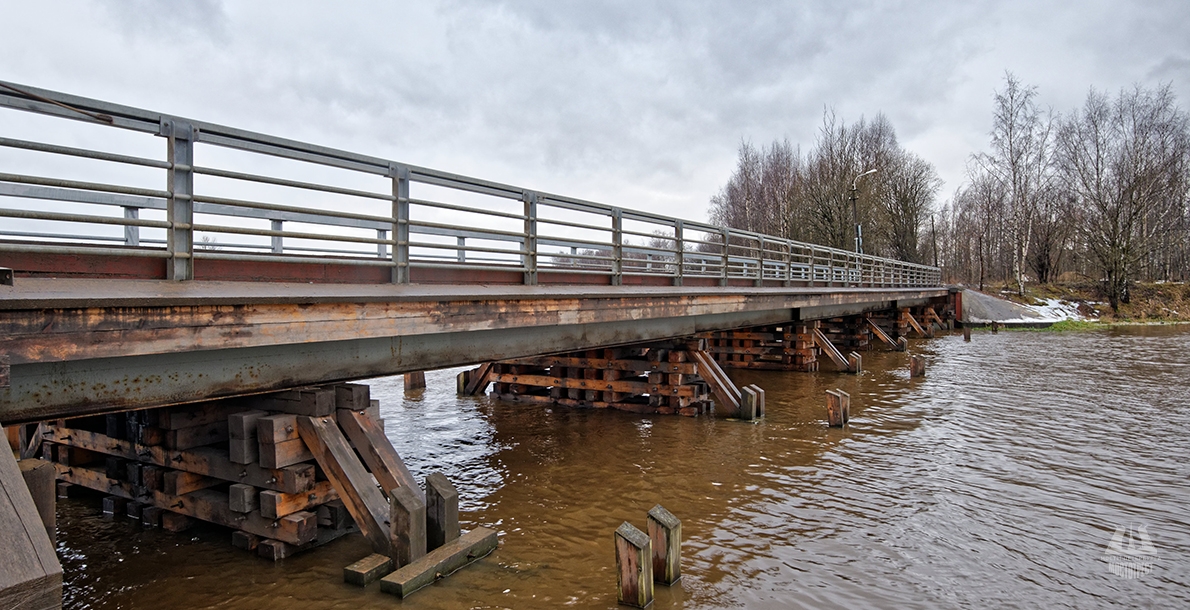 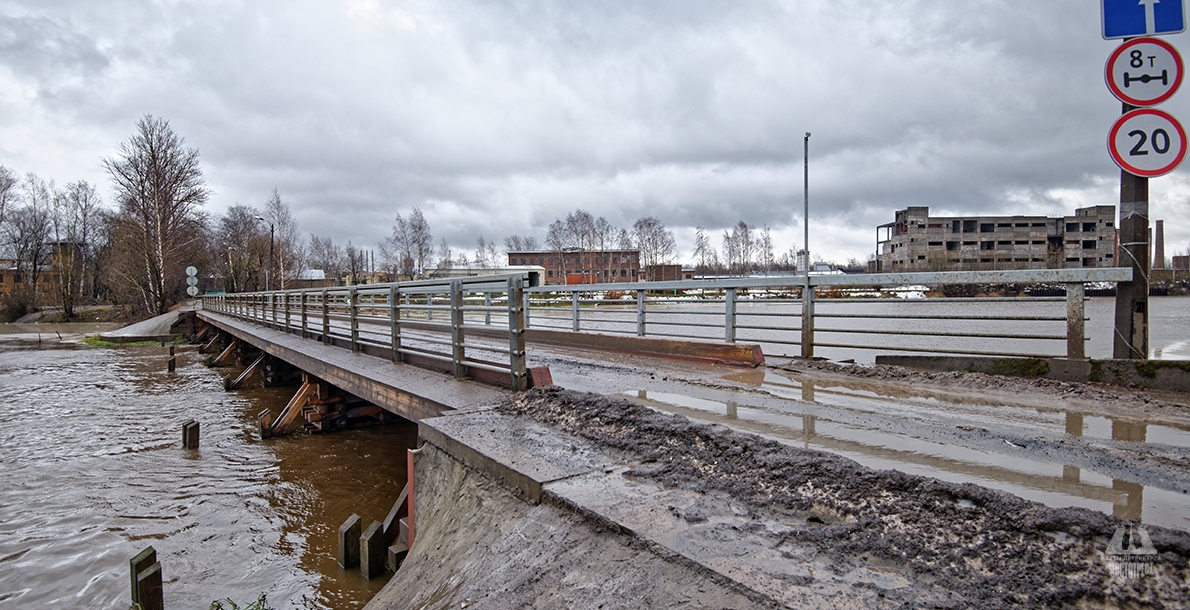 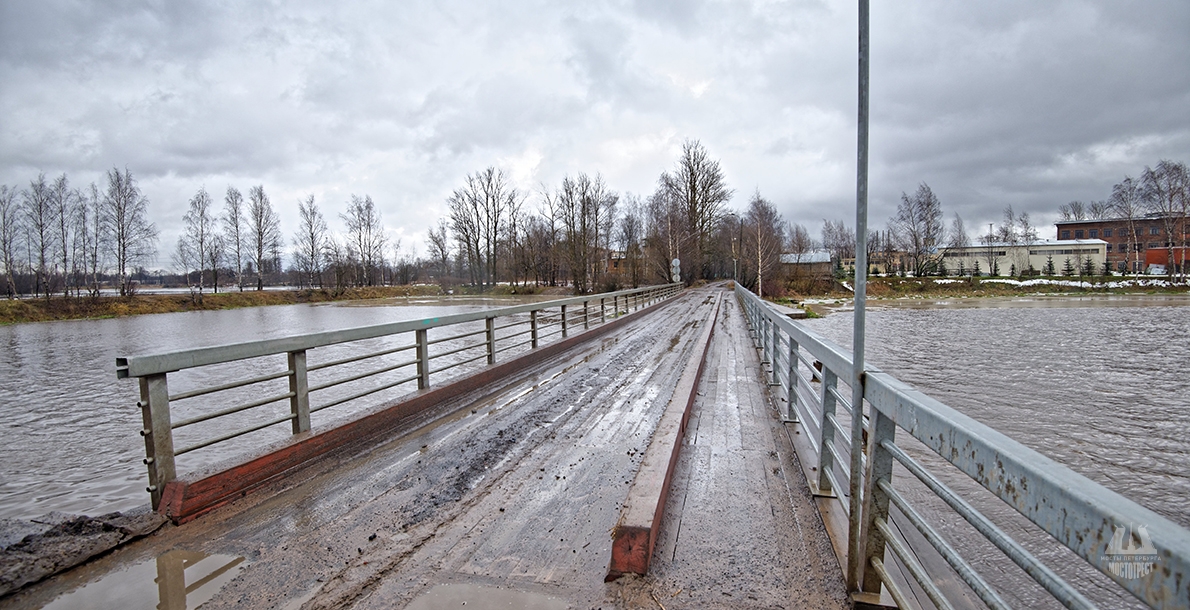 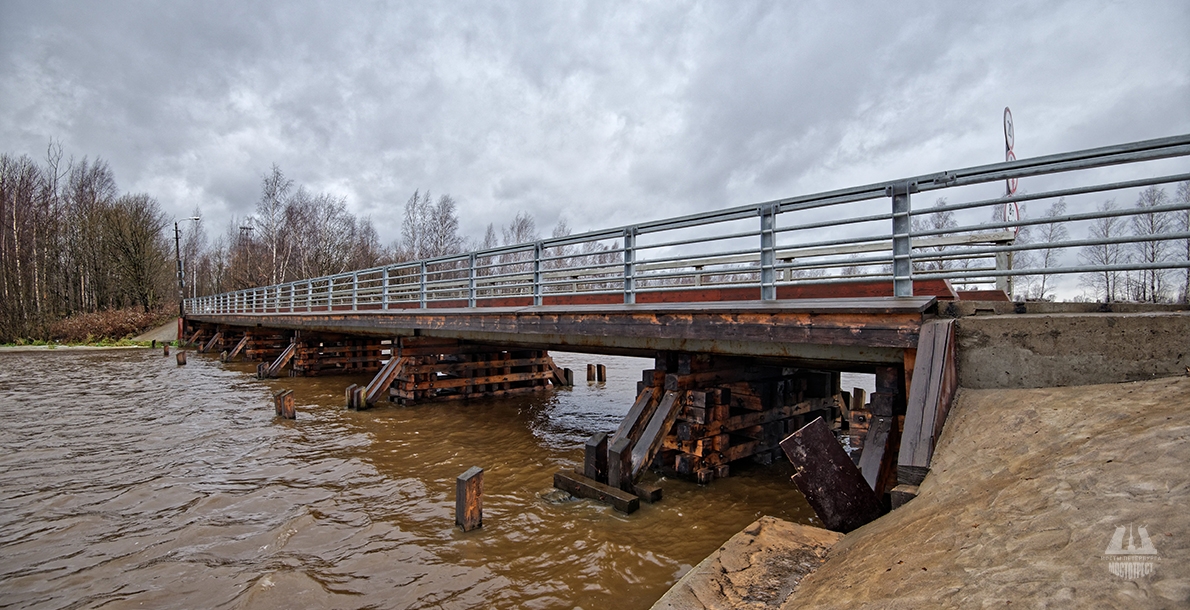 Kapsyulny Bridge (former Okhtinsky Bridge No.4) is a pedestrian bridge across the Okhta River, located along the railway near Kapsyulnoye Highway and connects Rzhevskaya Street and Chelyabinskaya Street. The name of the bridge reminds of the existence of powder capsule workshops factories in the area, construction of which began in the first quarter of the XVIII century by the order of Peter the Great.

Since 1710 a wooden dam of Okhtinsky Powder Factory was built near the bridge which had three discharge openings with gutters.

In 1828-1830, under the project of engineers P.P. Bazen and V.P Lebedev, dam was rebuilt in stone one with cast-iron gates.

In 1960 lower partof the dam was strengthened with reinforced concrete retaining stone and iron structures.  Metal girders were constructed from the downstream to lift the gates . Downstream from the dam in the Okhta River bed millstones for gunpowder grinding are kept up to date. On the left bank the canal is preserved, the remains of powder mills and other structures belonging to gunpowder factories.

In 1993-1994, under the project of engineer V.I. Feldman of Mostotrest Design and building bureau MP, wooden bridge was rebuilt in a five-span metal simple bridge with a continuous orthotropic plate.

The superstructure consists of 2 metal I-section beams on the abutments of the old bridge. There are intermediate supports of lightweight type on metal tubular piles with a metal girder and bonds. There is an asphaltic concrete pavement on metal orthotropic plate. Railings are metal welded one of a simple pattern.

The bridge was built by efforts of Mostotrest Specialized Installation and Maintenance Directorate MP.