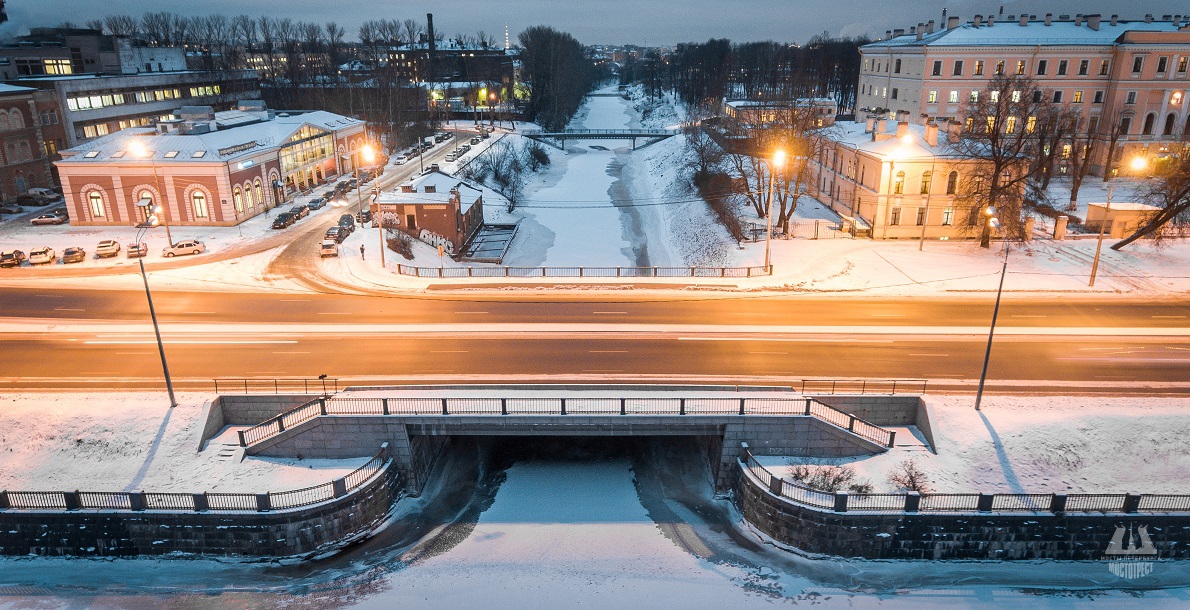 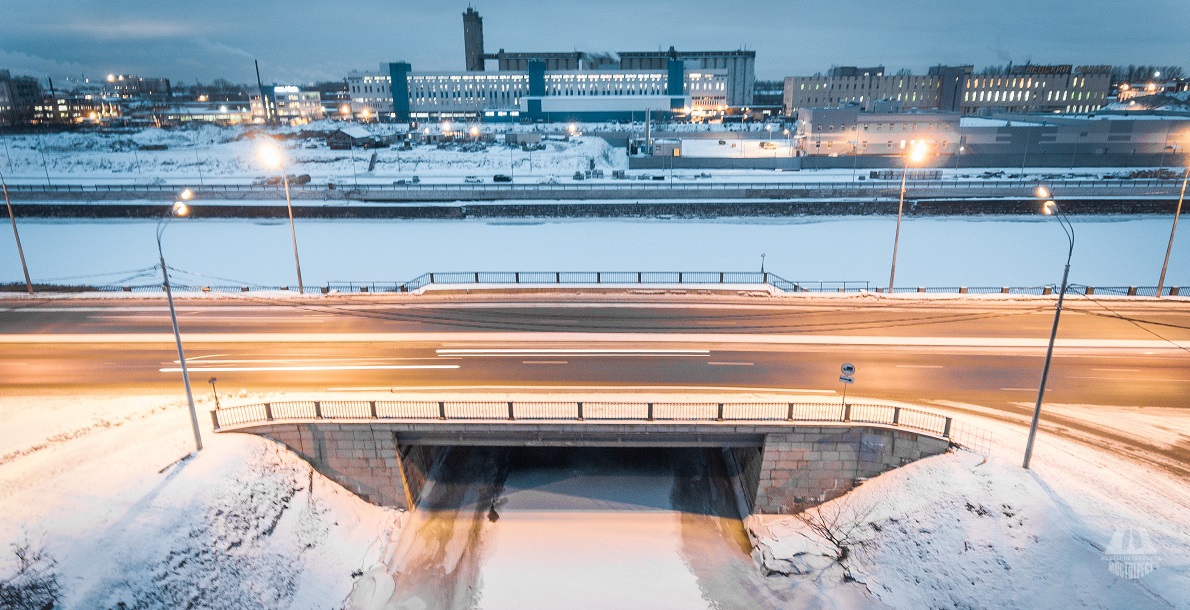 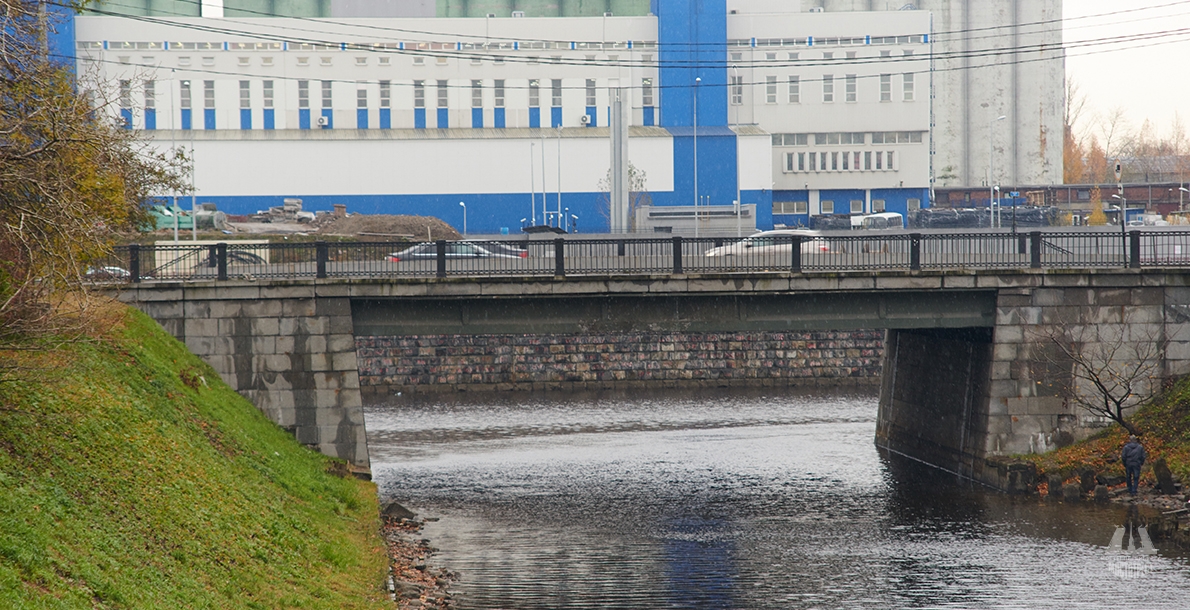 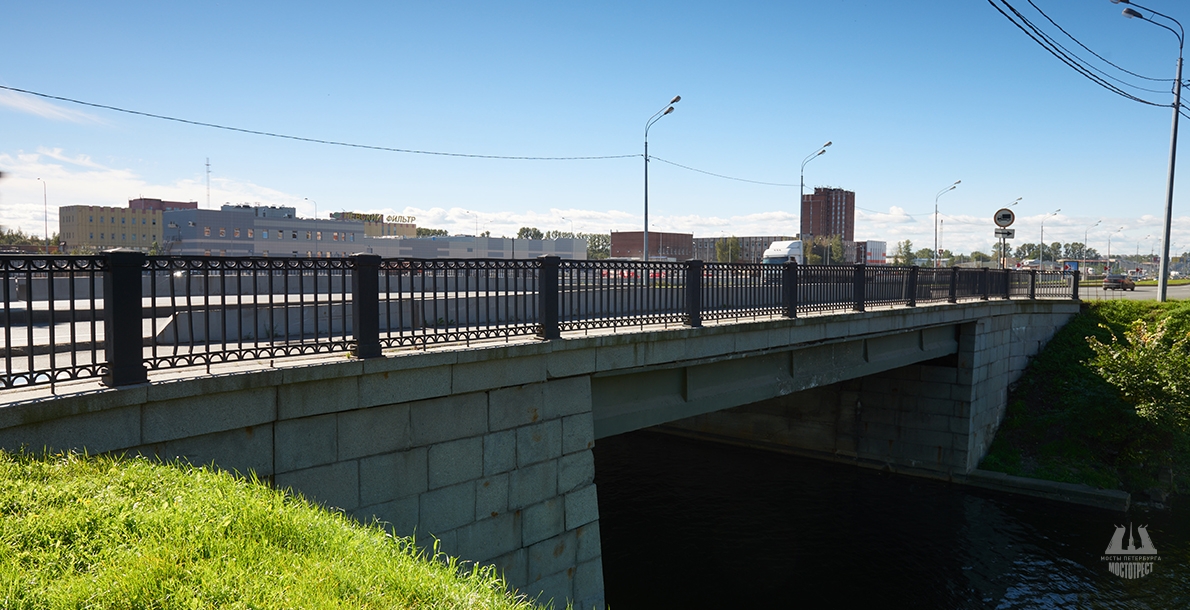 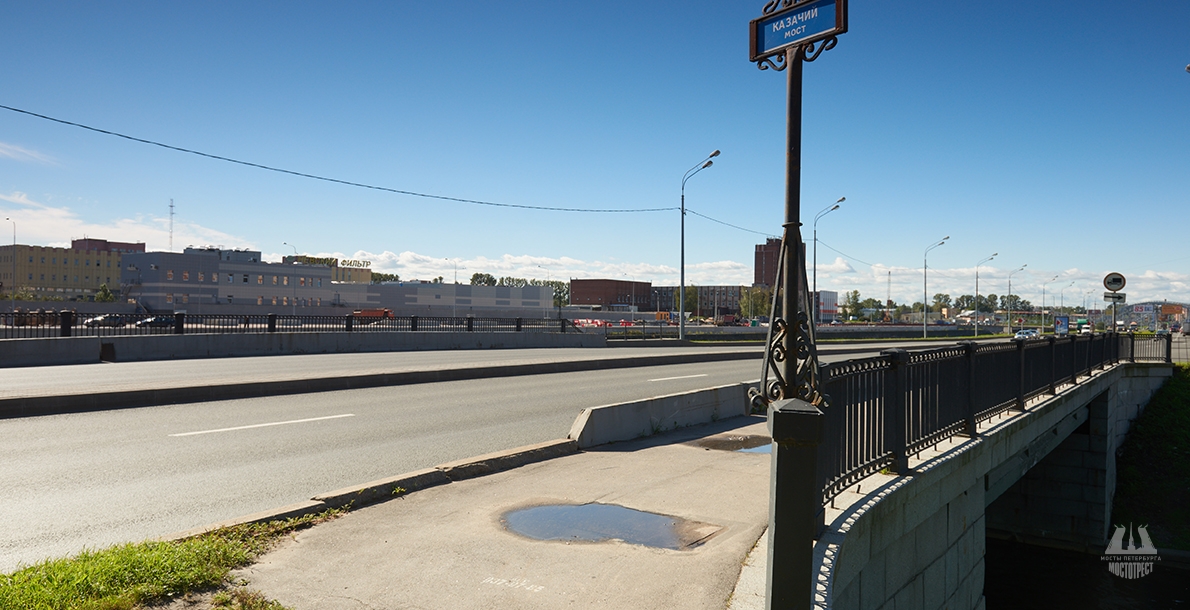 Kazachy Bridge (former Kazatsky 1849-1875) is located in the mouth of the Monastyrka River on the right bank of the Obvodny Canal and connects Bezymyanny Island and Monastyrsky Island.

Since 1833 there was a wooden arch bridge made of boards designed for the passage of horse-drawn vehicles and pedestrians. The bridge abutments are made of stone masonry and installed on the pile foundation. The bridge derived its name from the barracks of the Labe-Guards Cossack regiment located nearby. It was built under the project of engineer P.P. Bazen.

In 1880 the arch bridge was rebuilt in three-span wooden mullion-strut bridge. The superstructure consisted of three wooden girders. Its abutments were stone, and there were wooden pile intermediate supports. The bridge length was 48.6 meters, width - 9.7 meters.

In 1934 the bridge was rebuilt in a three-span wooden simple bridge. The superstructure consisted of metal welded beams.

In connection with the development of truck traffic along the Obvodny Canal in 1965 a wooden bridge was rebuilt under the project engineer A.A. Sokolova of Lengiproinzhproject and architect L.A. Noskov in a single-span concrete simple bridge. The superstructure consists of a standard concrete beams interconnected by diaphragms. The abutments are massive ones, made of monolithic reinforced concrete on pile foundation and faced with granite. The roadway of the bridge allows five lanes for vehicles. The roadway is covered with asphalt pavement; sidewalks – with sand asphalt.  The sidewalk is separated from the roadway with granite curb.

There are metal welded railings with granite bollards from the ends by the type of the railing of the Obvodny Canal Embankment.

The bridge is designed for the traffic of cars and pedestrians. Downstream of the bridge granite stair approaches leading to the lower level of the embankment. The bridge was built by efforts of SU-3 of Trust Lenmostostroy, under the direction of chief engineer K.V. Uchaev and foreman V.V. Makarov.