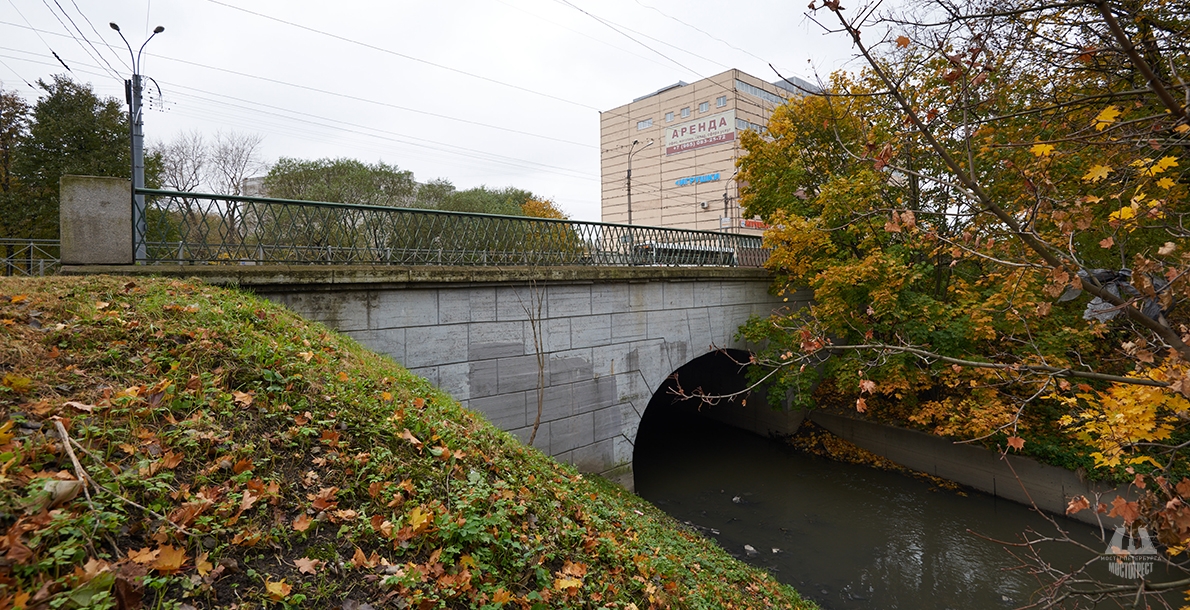 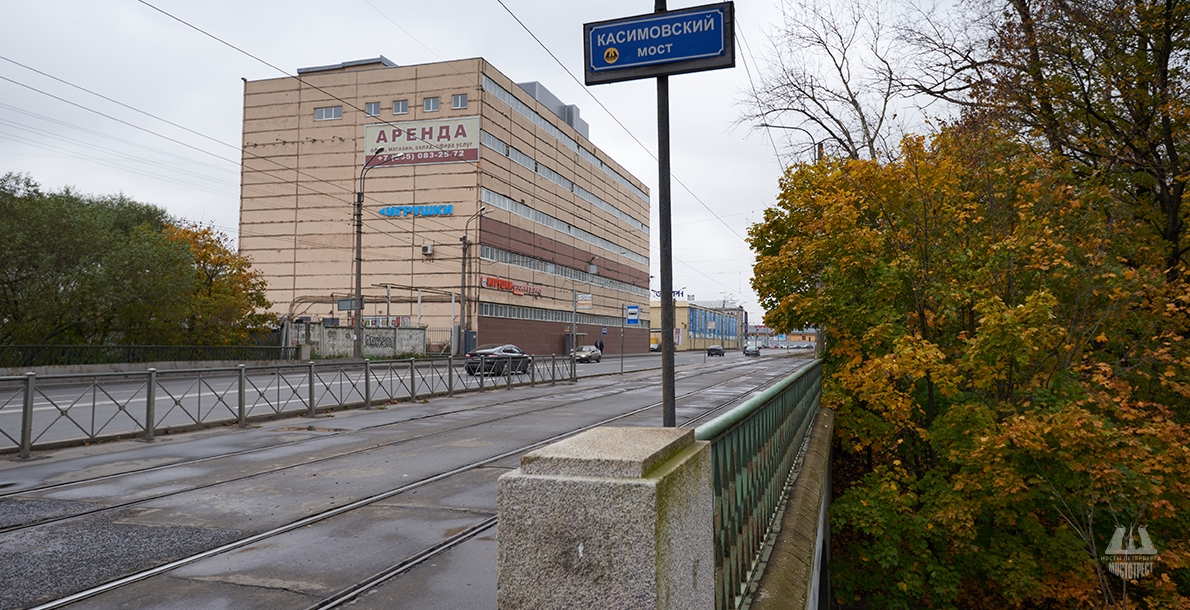 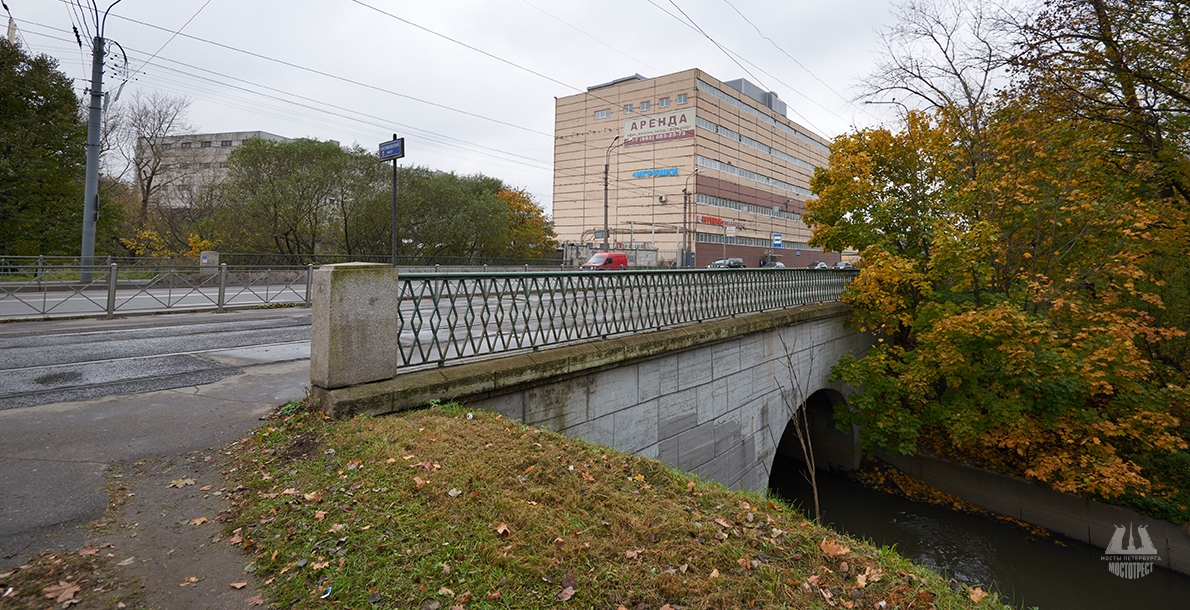 Kasimovsky Bridge (former Volkovsky: 1889 – the beginning of the XX century) is laid over the Volkovka River, it is located in the alignment of Kasimovskaya Street from the south side of the Volkovo Cemetery. The bridge and the street are named after the ancient city of Kasimov which is in the Ryazan Region.

Since 1821 there existed a wooden bridge which was repeatedly repaired in the village.

In 1950 the bridge was rebuilt. The wooden superstructure was replaced by metal I-beams. The bridge length was 23.4 meters, and its width was -7.4 meters.

In 1964, during the major repair, the bridge was widened up to 10.9 meters. The bridge design remained the same.

In 1970s, in connection with wide housing construction in Kupchino District and necessity of creation of convenient transport communication with other districts of the city, the wooden bridge got to the district of improvement of the viaduct of transport interchanges at the intersection with the Volkovsky Prospect with railway tracks located in the mouth of Volkovskaya station.

In 1974, under the project of engineer of L.N. Sobolev of Lengiproinzhproject, the bridge was rebuilt in a single-span reinforced concrete simple bridge. The superstructure facades have a curved shape of the bottom chords with a vault design with rustication of concrete surfaces of stone design.

The superstructure consists of prefabricated reinforced concrete beams with lowered arrangement and sandy filling from above in connection with a lining of a gas pipeline of average pressure which passes from the upstream side of the bridge. The waterpipe is laid downstream of the bridge. The bridge abutments are massive ones, made of monolithic reinforced concrete on pile foundation. This is a slope bridge - the slope angle is 76 degrees.