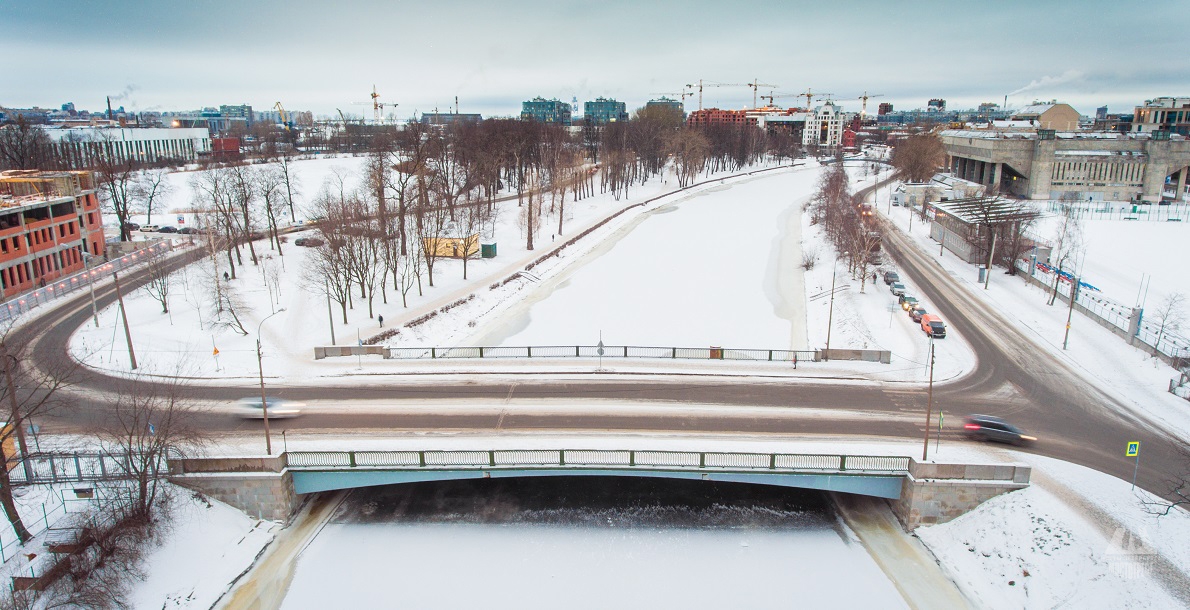 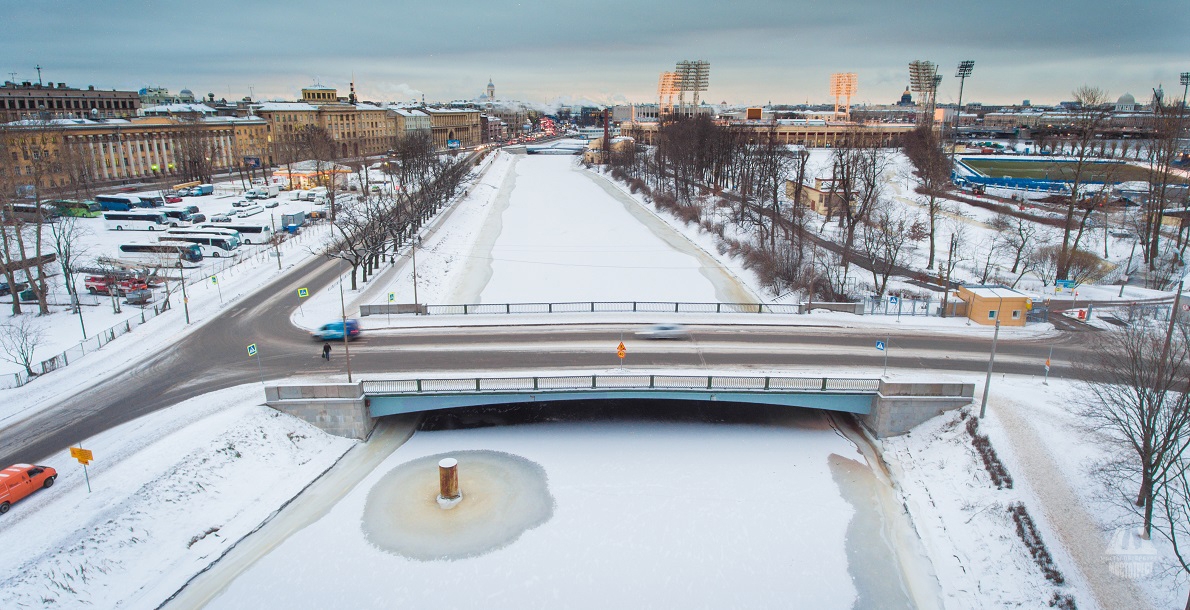 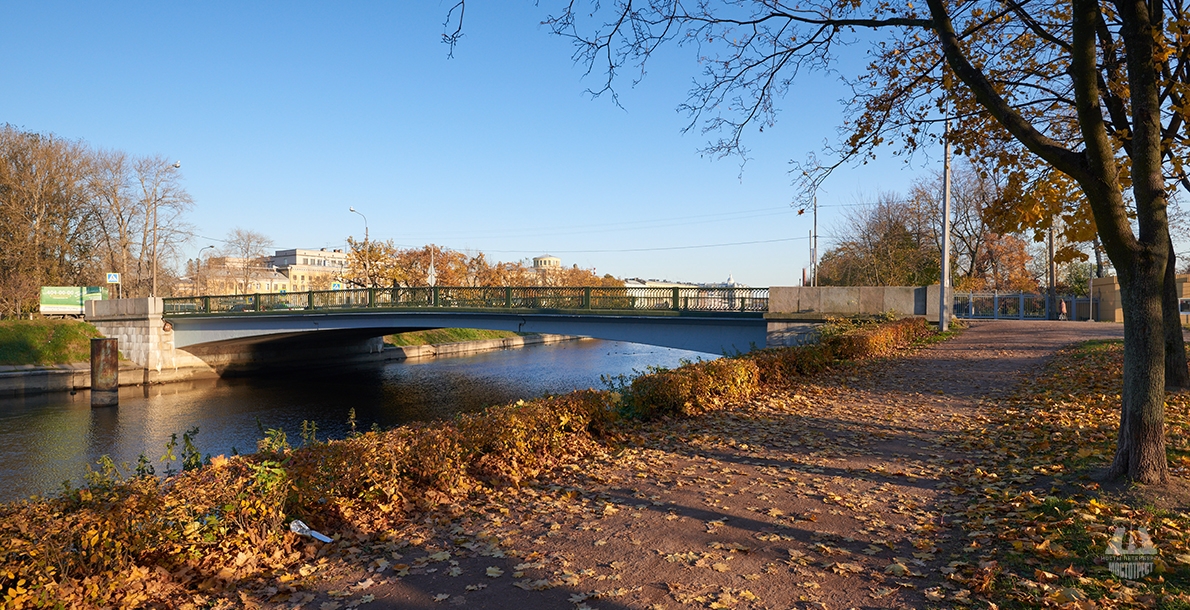 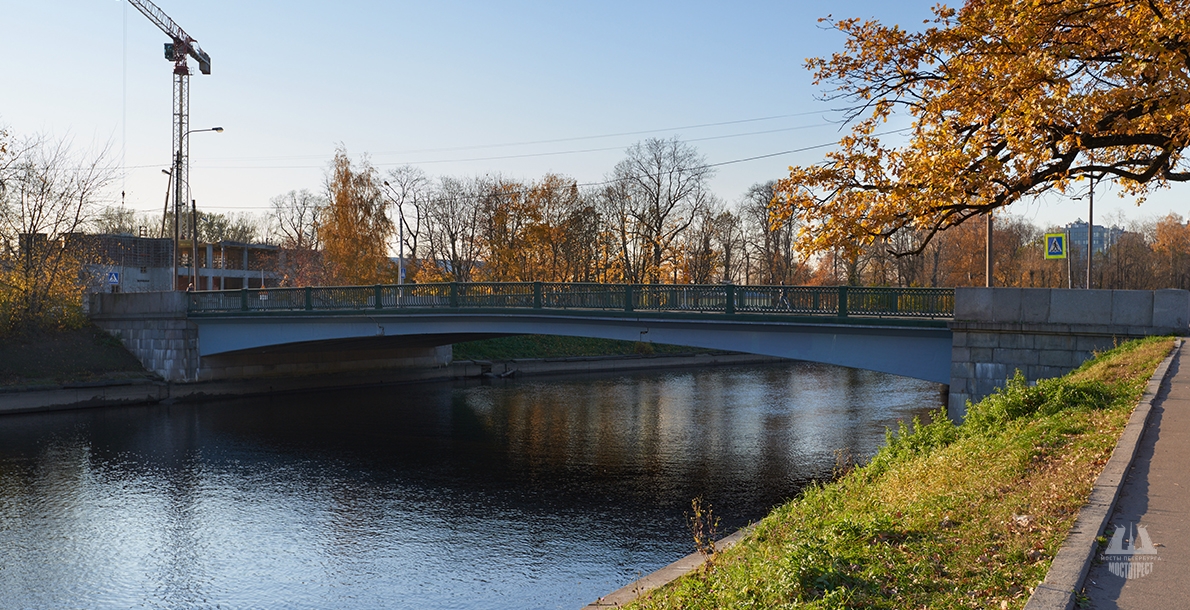 In 1817 here Wooden strut-framed bridge (Kadetsky) existed; it was located 420 meters downstream the existing one, opposite Petrovsky Lane. It was the first bridge on Zhdanovka.

In 1836 the bridge was reconstructed to five-span bridge. Middle channel span was covered by wooden composite girders on socket. The bridge length is 60.7 meters, and width is 14.4 meters. The bridge axis was relocated to current location.

On 27 June, 1930 the bride got the name of Krasnogo Kursanta, which is connected to military educational institutions located nearby.

The wooden bridge was repaired several times. In 1957, because of dilapidated state, it was closed for transport traffic.

In the years 1962, under the project of architect L.A. Noskov, the wooden bridge was rebuilt into a single-span reinforced concrete cantilever frame bridge.

The bridge abutments are massive reinforced concrete ones on pile foundation and faced with granite. Cast iron railings are installed on the bridge. Granite parapet is installed at the ends of railing. The roadway is covered with asphalt pavement; sidewalks – with sand asphalt.

In 1999 the bridge hydro-insulation was replaced.

In 2015 SP SUE Mostotrest has repaired the asphalt concrete pavement.