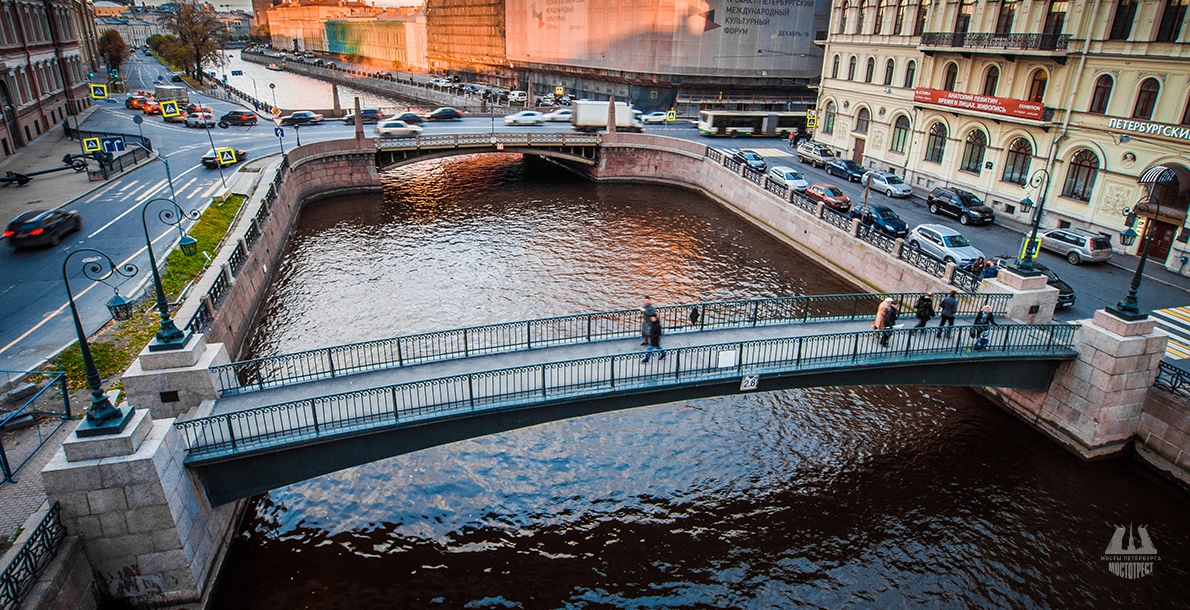 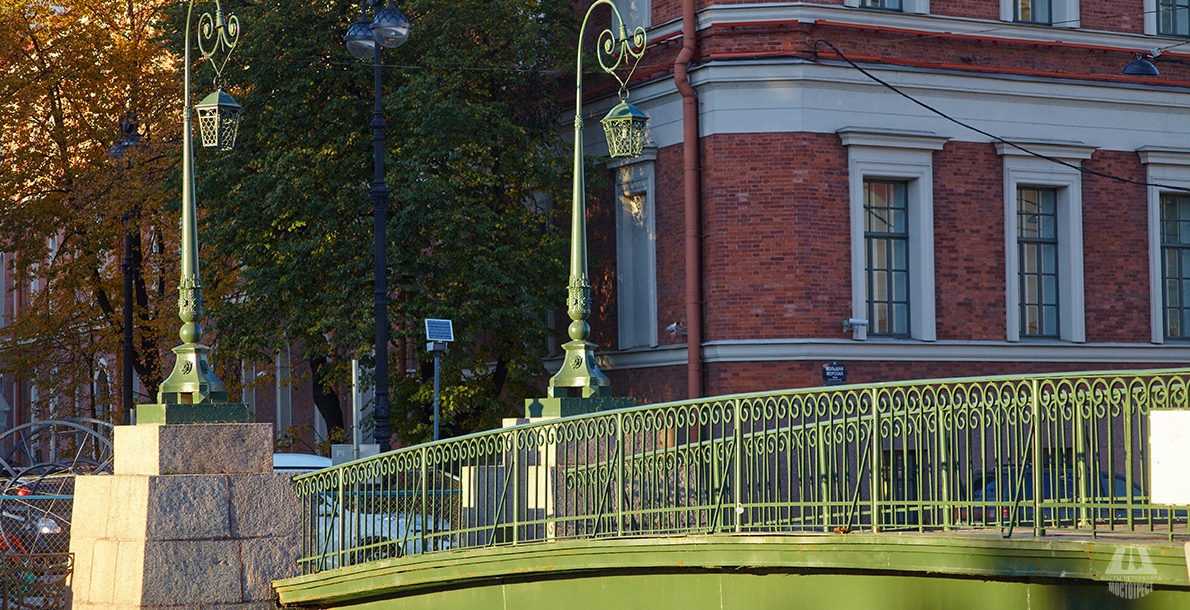 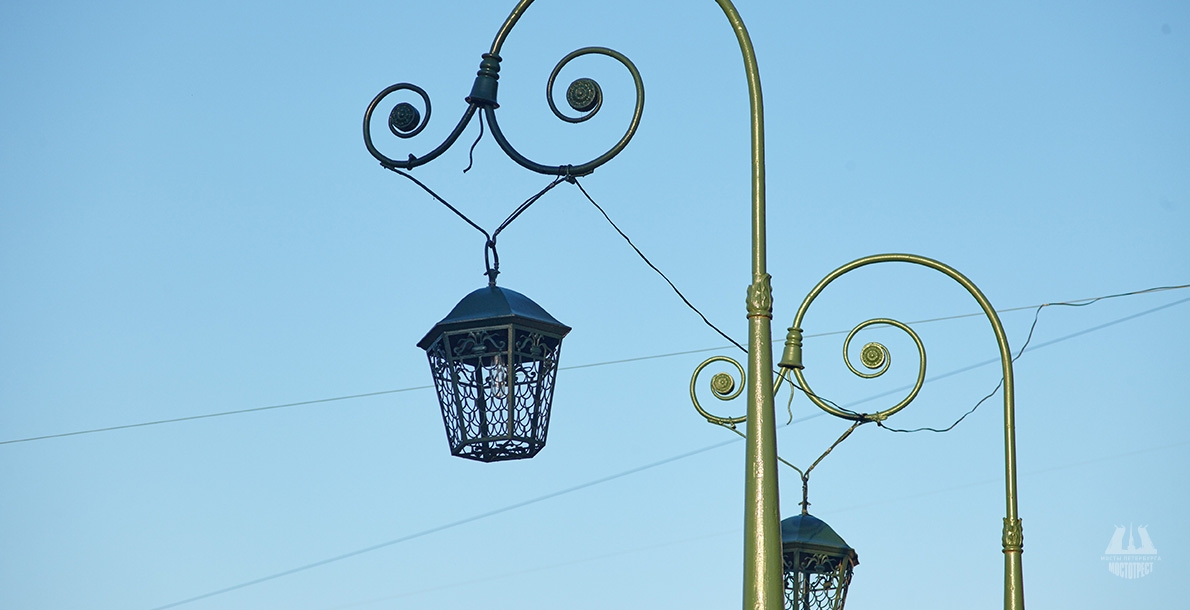 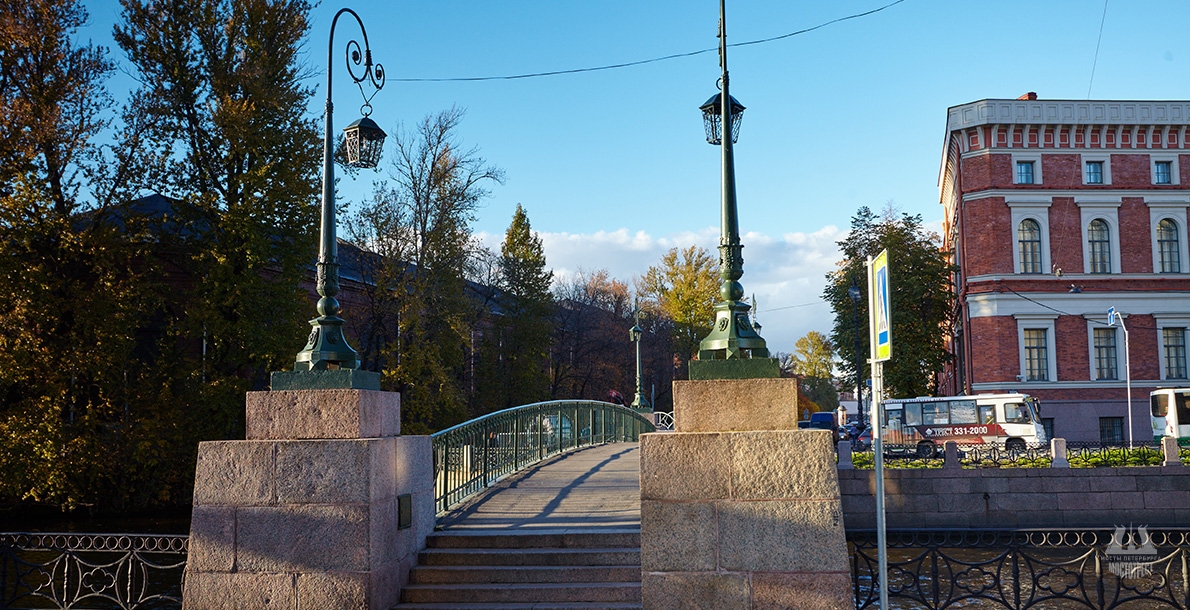 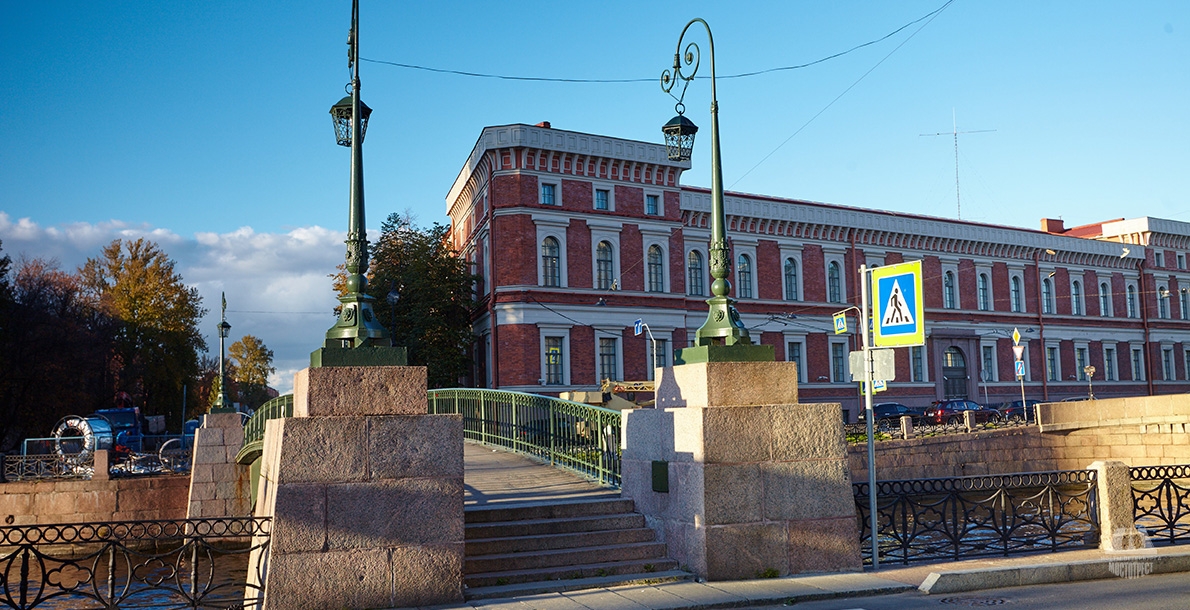 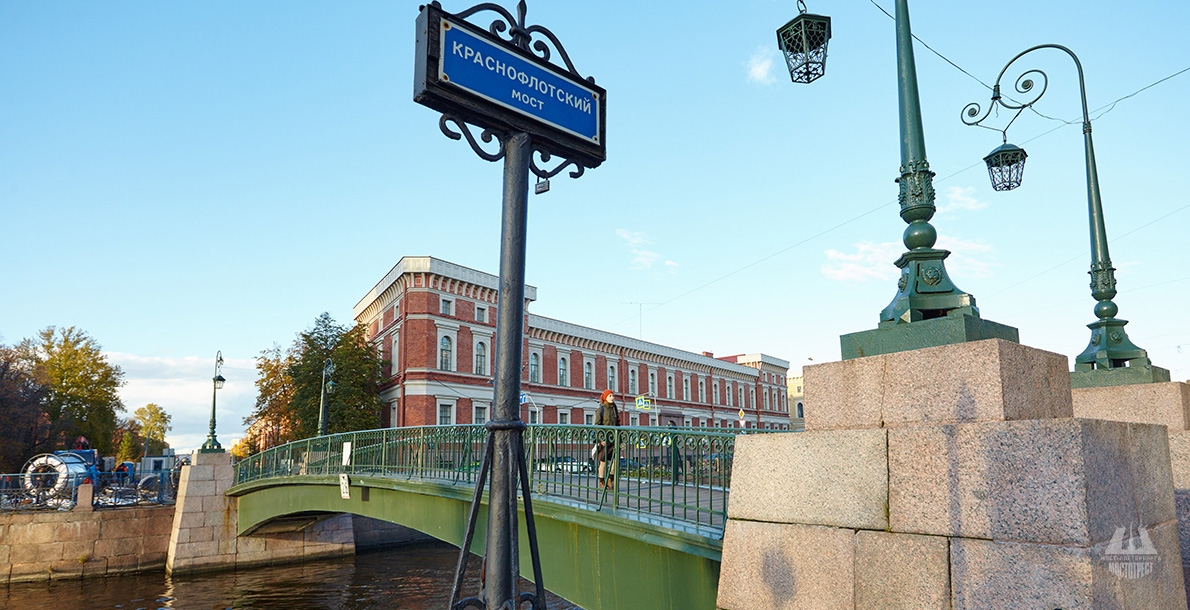 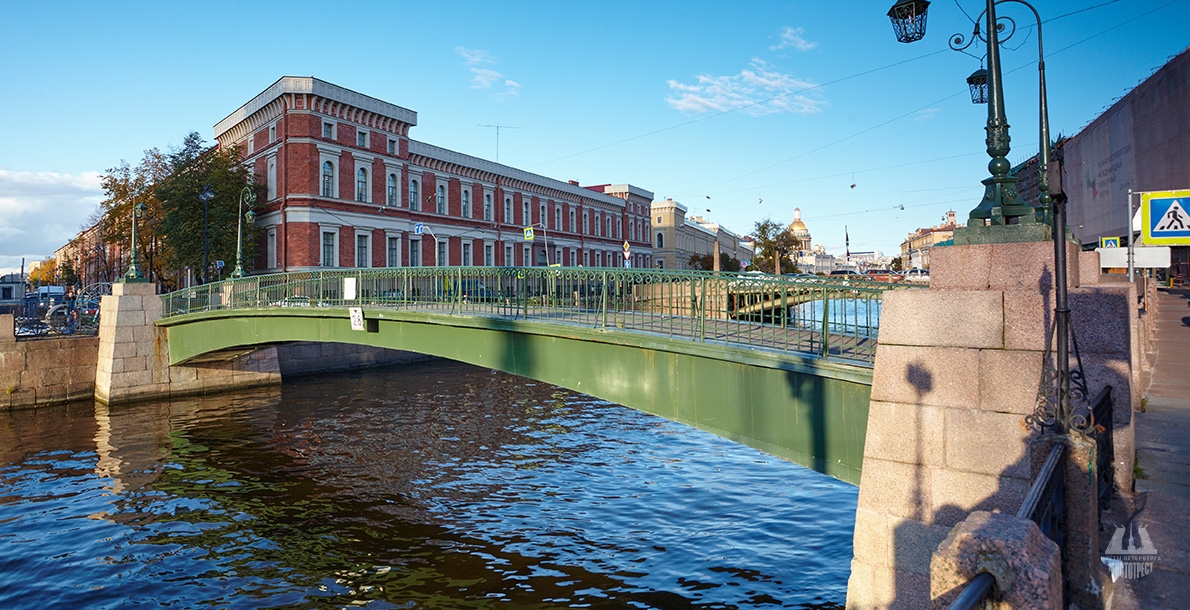 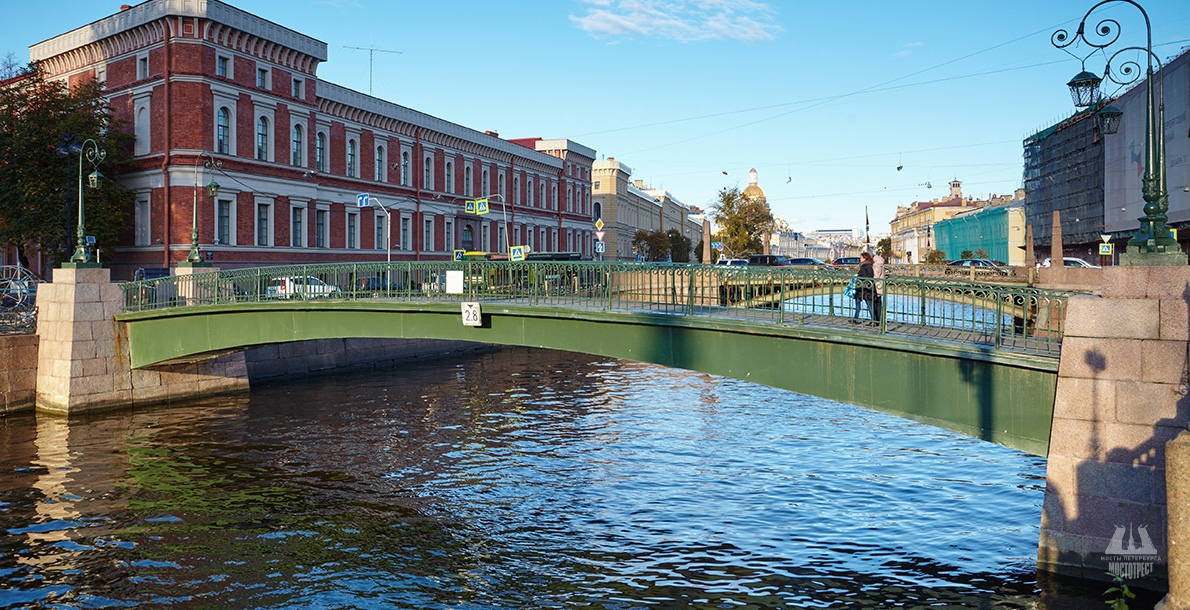 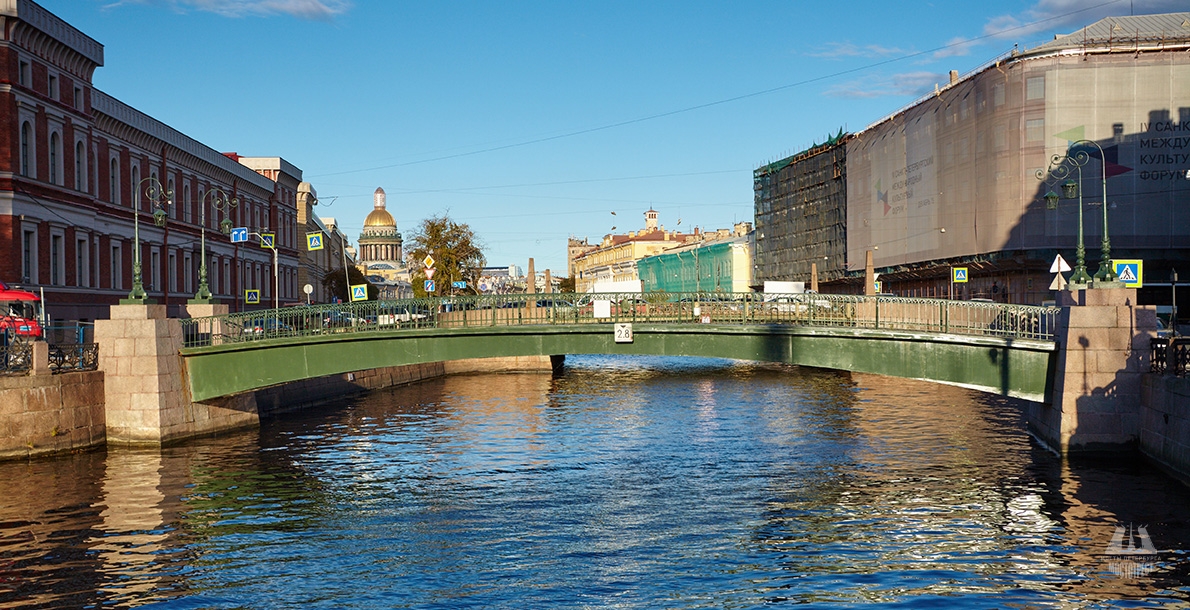 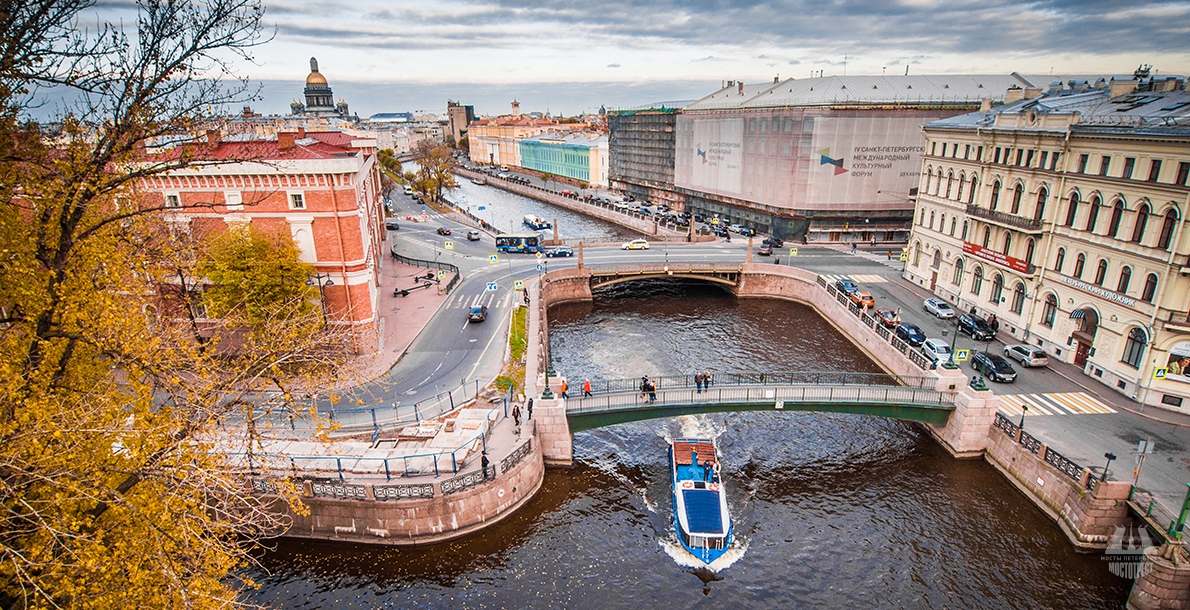 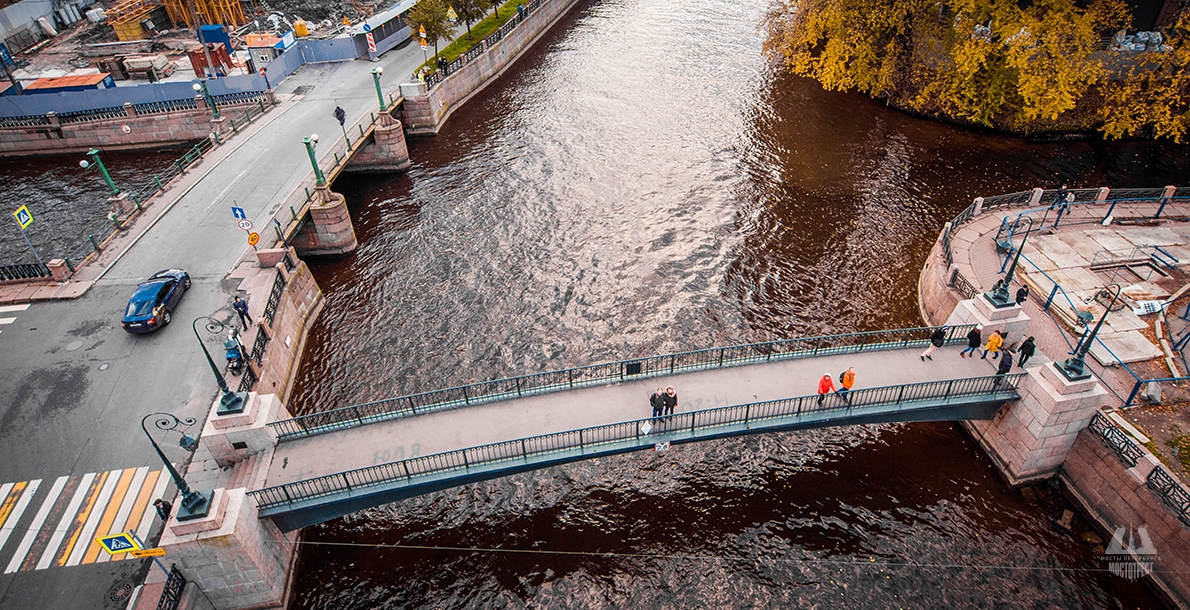 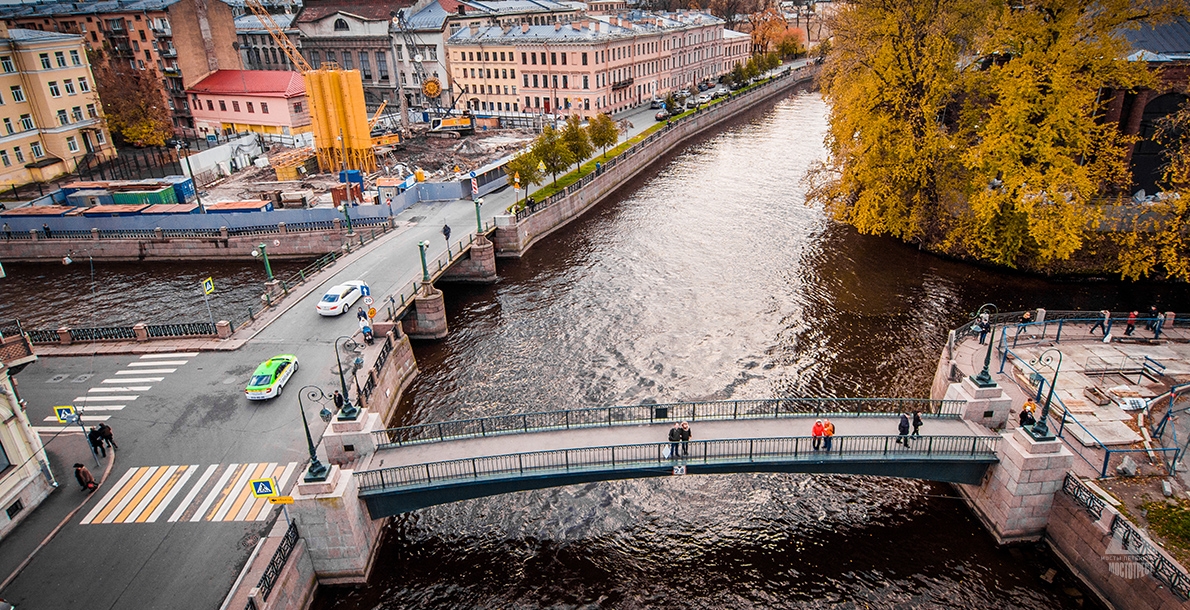 Krasnoflotsky Bridge (formerly Pontoon, Staro-Konochny Bridge) is located at the intersection of the Moyka River with the Kryukov Canal near Potseluev Bridge.

At this place since the end of the XIX century there was a metal simple bridge. The bridge had no name for a long time. In 1915 the bridge was called Pontonny, there also existed the title Staro-Konochny bridge. Spans were represented by I-beams and metal screw piles were used as supports.

The bridge was designed for horse-drawn trams, pedestrian traffic was prohibited. In the 1910s after the construction of a tram line on Potseluev Bridge located nearby, the bridge was condemned and in 1930 it was demolished.

In the 1960s the need arose in the heat line laying through the watercourse. For that reason by order of Lenenergo a project for the construction of the bridge-heating pipeline was drawn up, authors of which were an engineer A.A. Kulikov and architect L.A. Noskov.

In the years 1959-1960 single-span pedestrian concrete simple bridge was built. The facades of the superstructure were covered with metal sheets and have a curved shape of the lower chord. The bridge abutments are massive reinforced concrete ones on pile foundation and faced with granite. At the entrances metal stand lamps with lights are installed. Metal railing of a simple pattern is installed on the bridge.

At the ends of the railing granite pedestals are installed. At the entrance to the bridge, there are descents with granite steps. There is an asphaltic pavement on the bridge.

Traditionally Krasnoflotsky Bridge attracts tourists interested in the architecture of the second half of the XX century. Krasnoflotsky Bridge is the constant point of the excursion program while exploring the nearby sights - the Moyka Embankment, the Kryukov Canal Embankment, New Holland Island, the Central Naval Museum, the Theatre Square, Mariinsky Theatre (the building itself and the theater), the N.A. Rimsky-Korsakov Saint Petersburg State Conservatory. 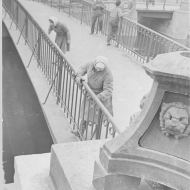 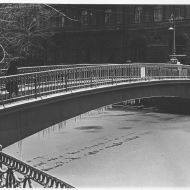