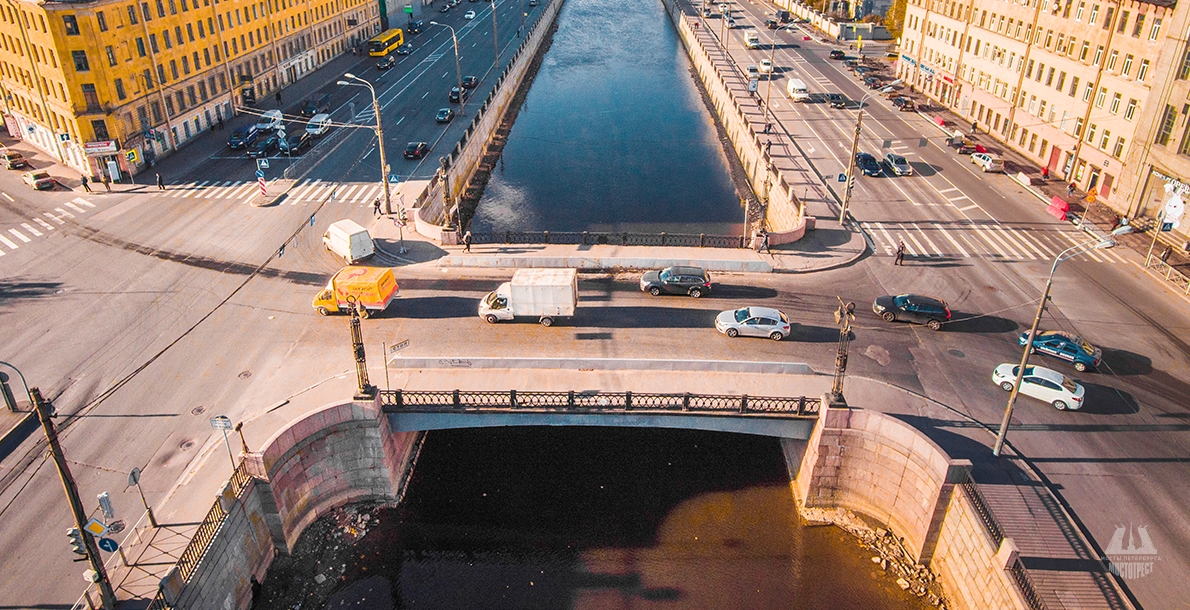 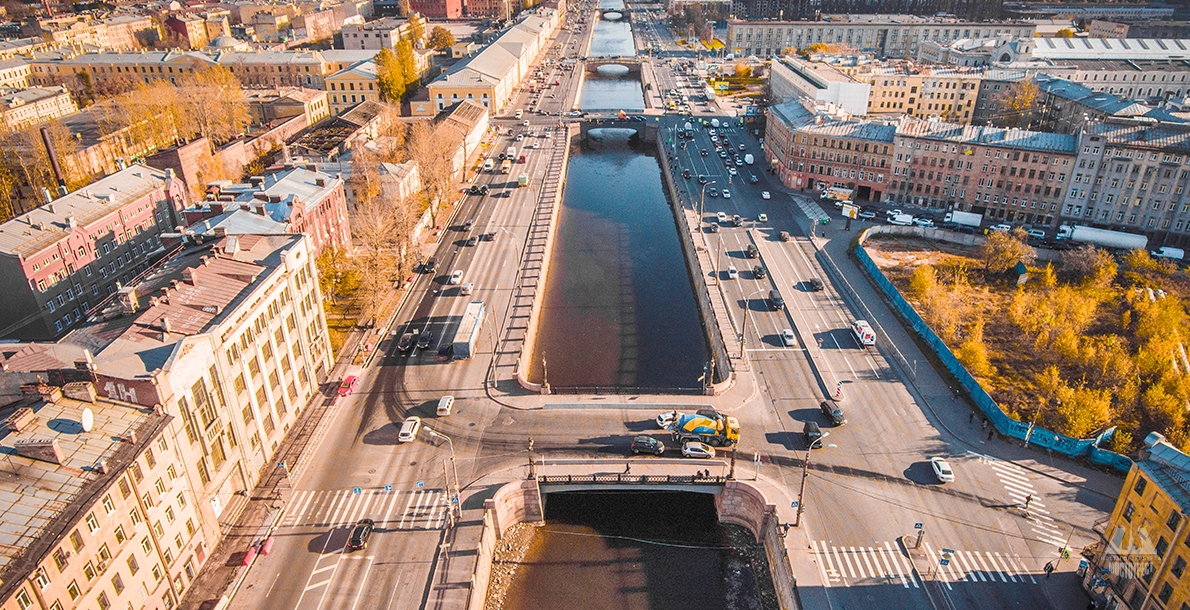 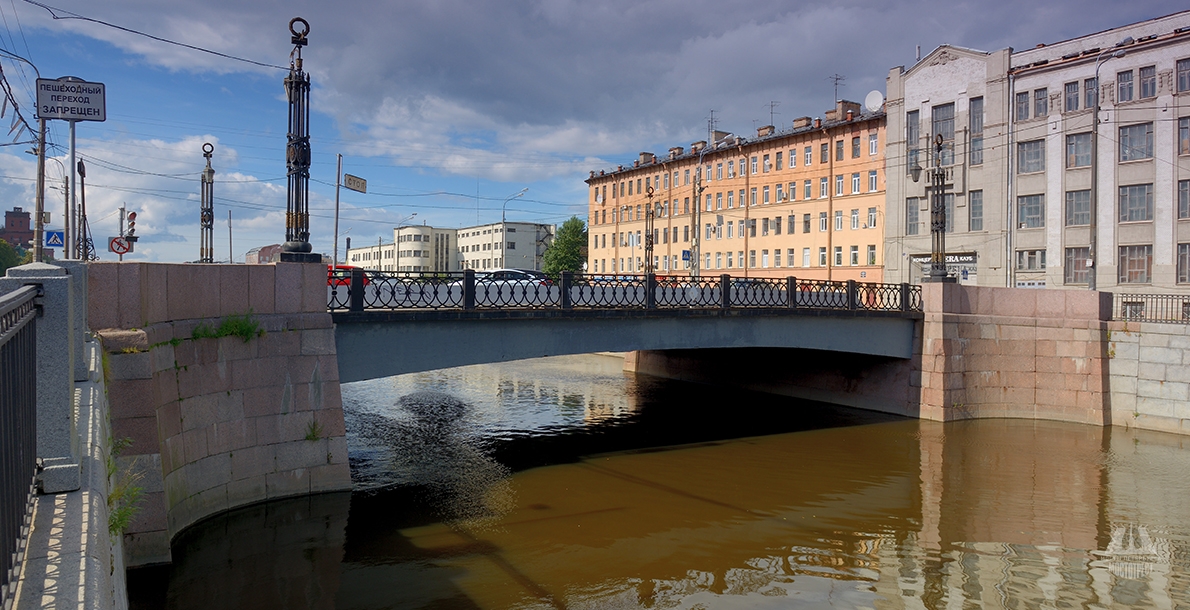 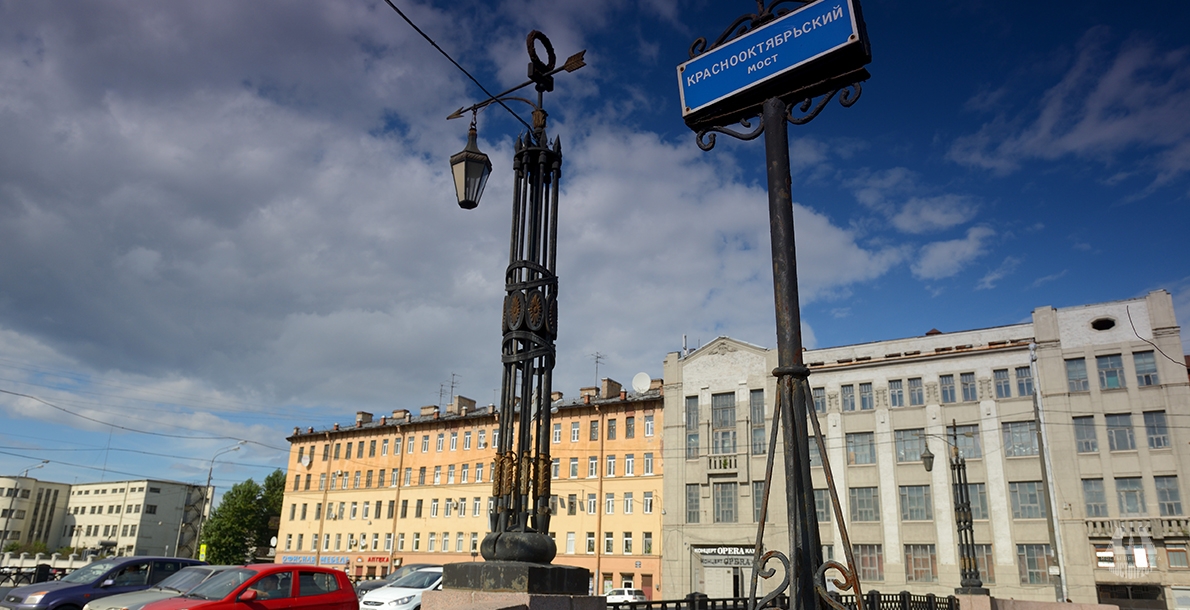 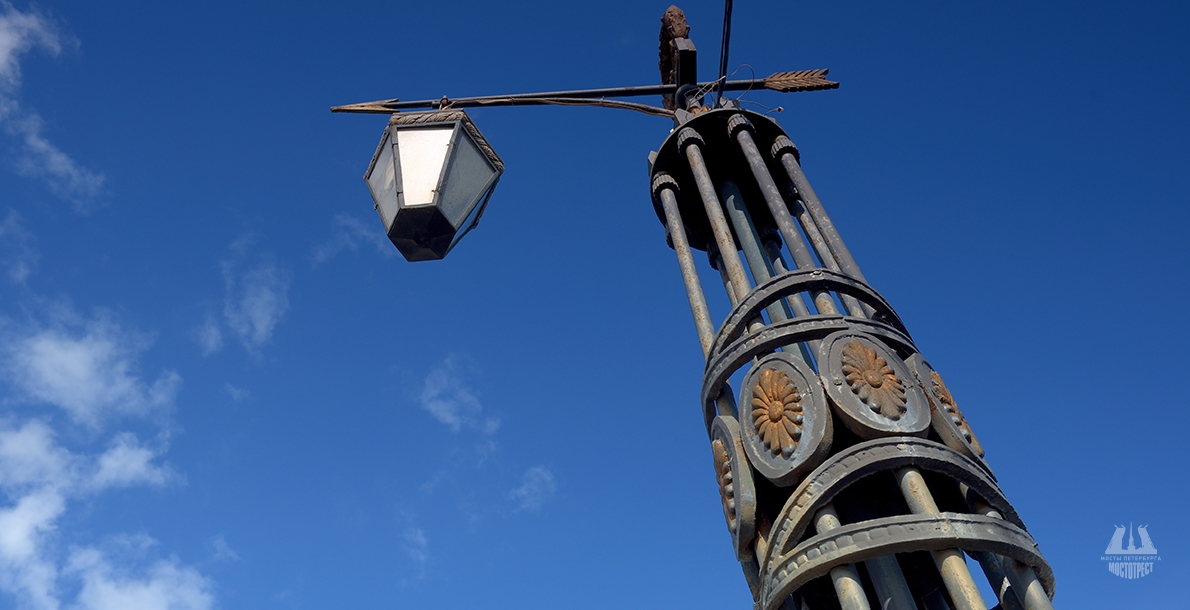 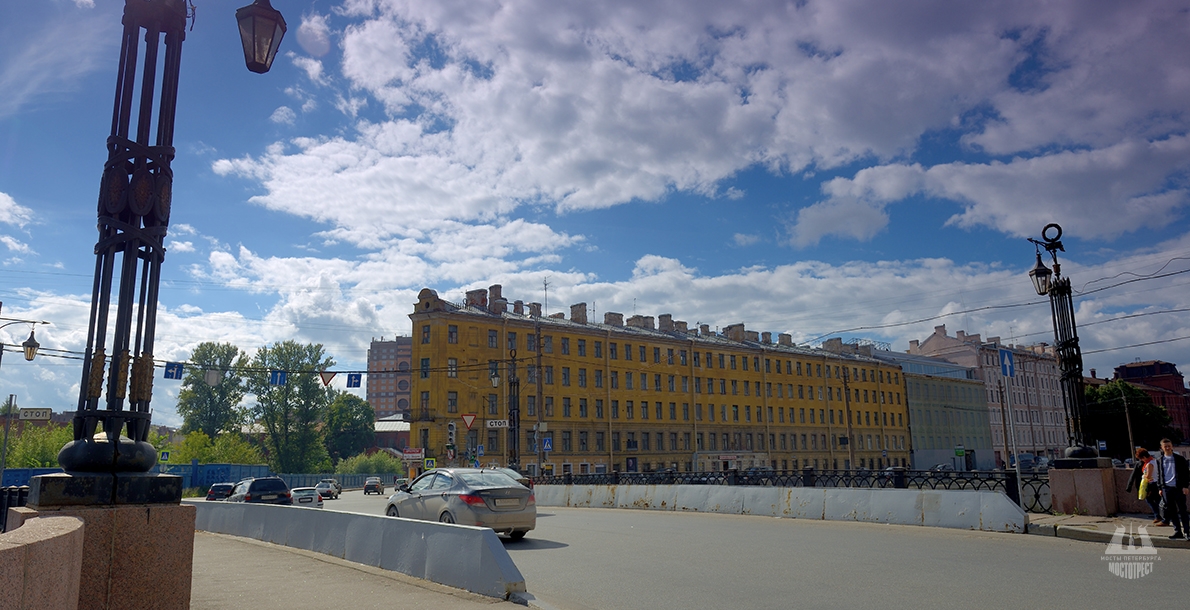 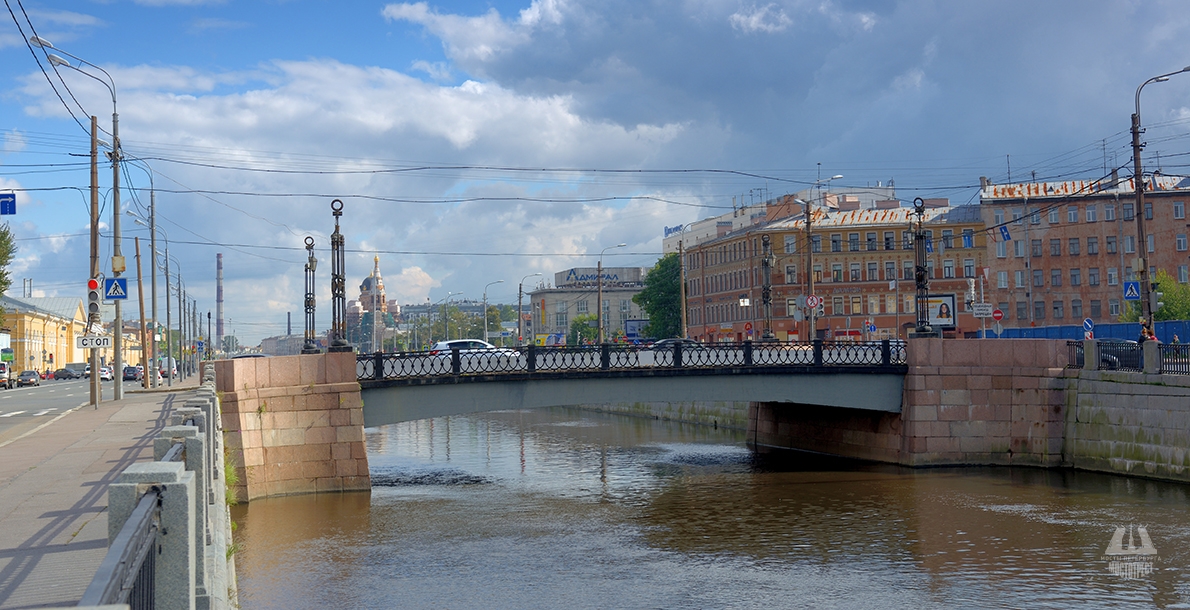 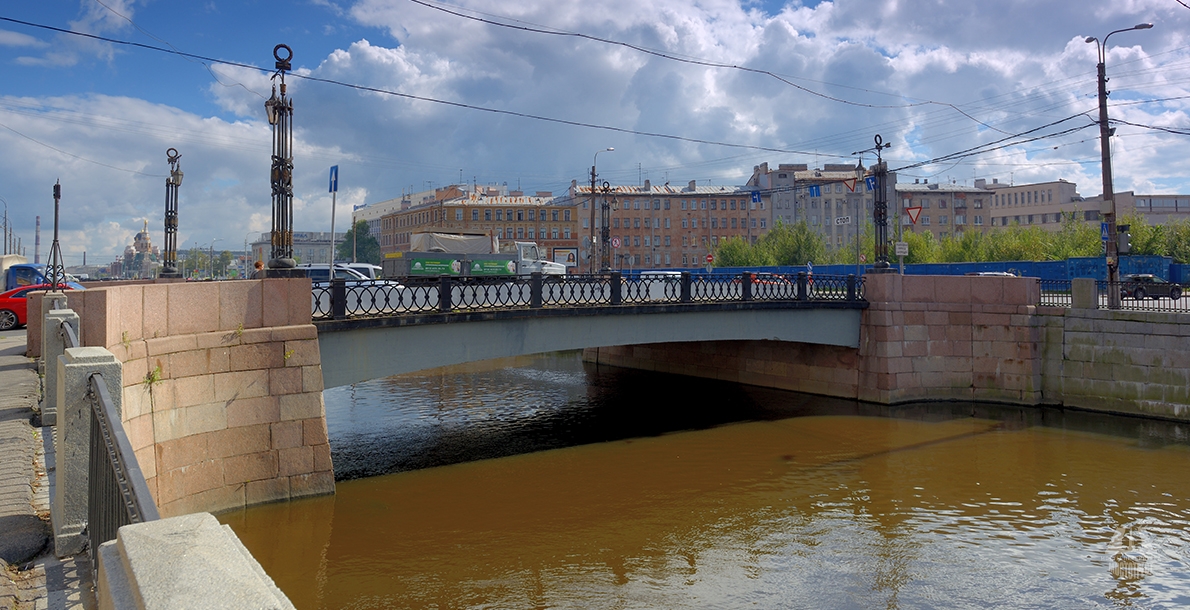 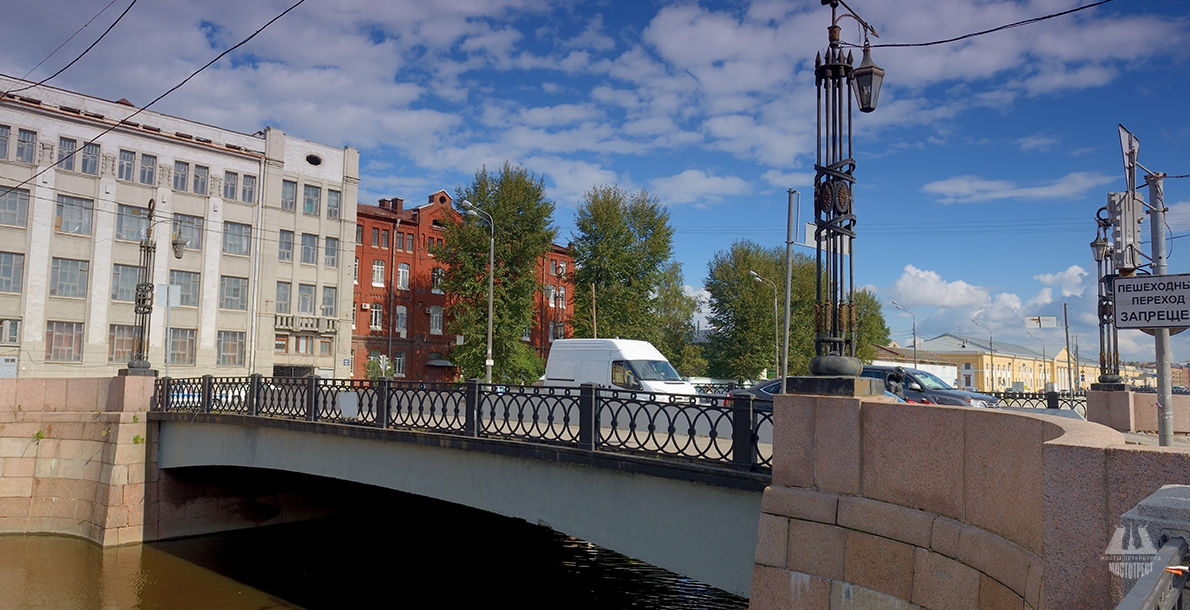 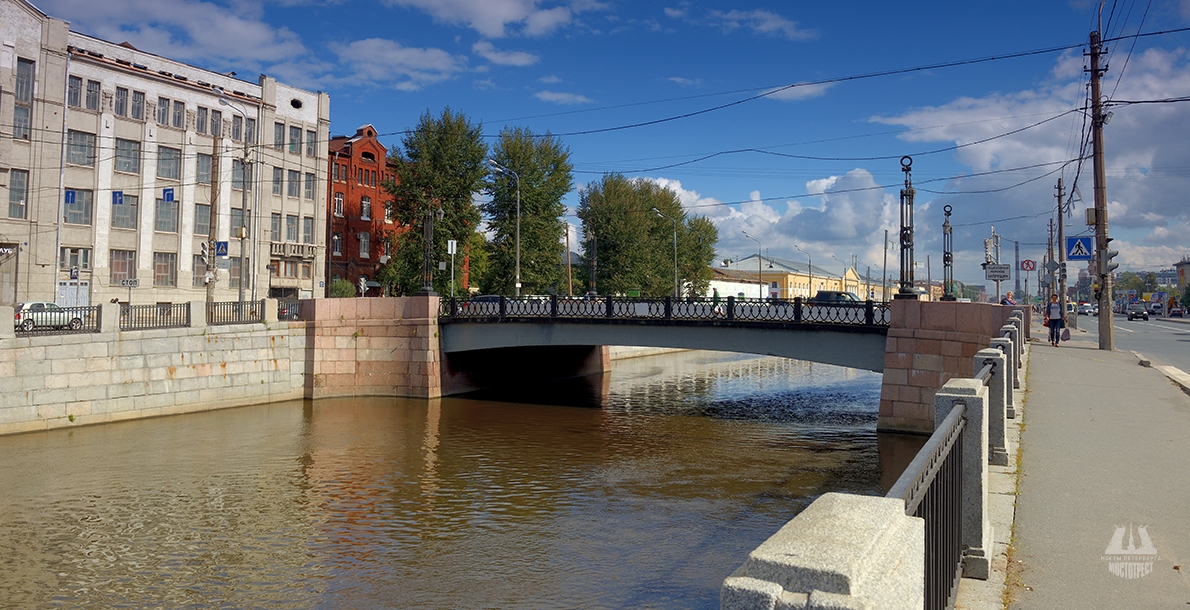 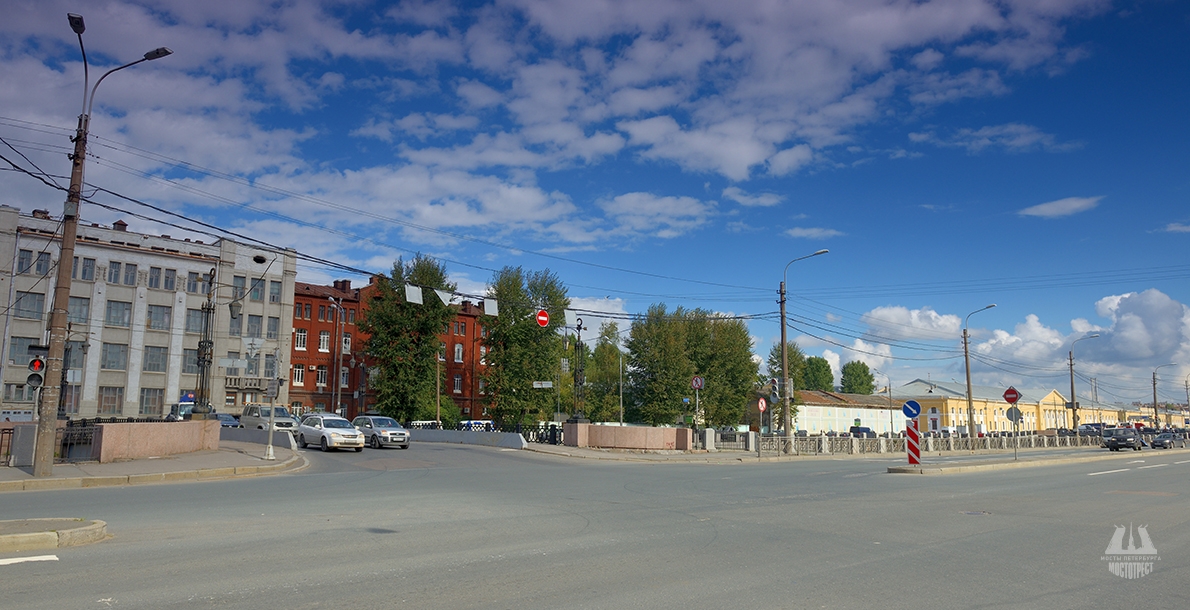 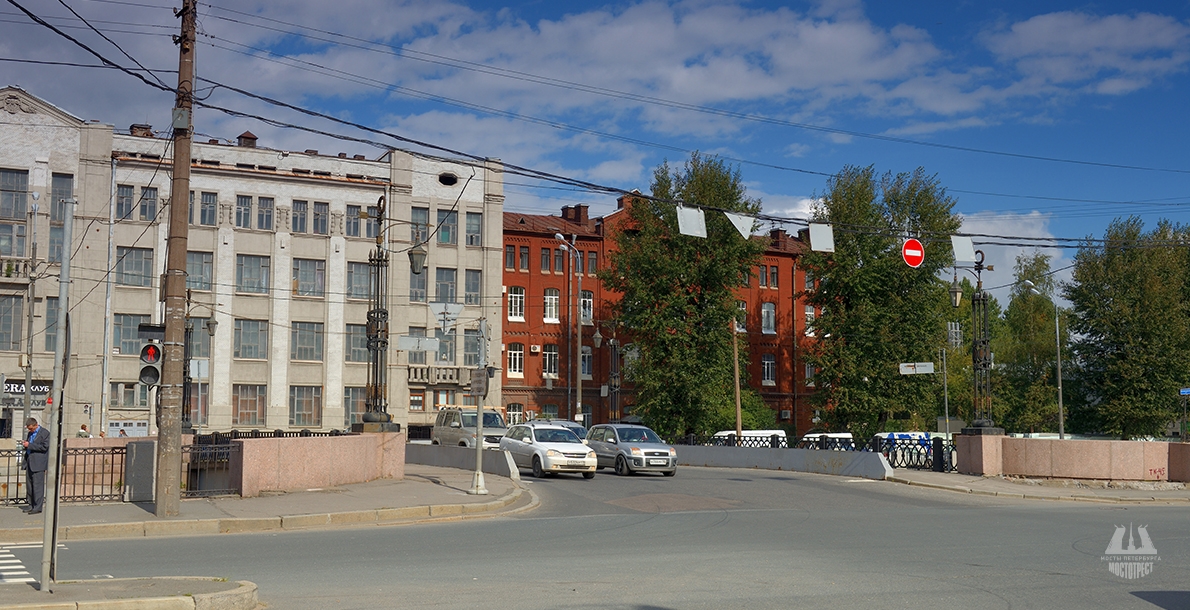 Krasnooktyabrsky Bridge (former Peshy, Leuchtenbergsky - 1917) is a bridge across the Obvodny Canal in the alignment of the Rosenstein Street in St. Petersburg.

In 1914 wooden beam Leuchtenbergsky Bridge was built in the alignment of the Rosenstein Street across the Obvodny Canal. Bronze and iron foundries located nearby belonged to the Duke of Leuchtenberg, and that is why the crossing had an appropriate name. By 1925 the bridge came in disrepair, and it was dismantled.

Modern concrete Krasnooktyabrsky Bridge was built on this site under the project of engineer V.V. Blazhevich in 1957-1958 in order to facilitate driving from Stachek Square to the Baltiysky Railway Station and unload Novo-Peterhofsky Bridge. Krasnooktyabrsky Bridge is used also for passing of district heating pipes across the canal. The bridge was named in memory of the events of October 1917.

The length of the bridge is 29.6 meters, width - 18.8 meters. The reinforced concrete superstructure has a frame block of nine frames connected by one slab. The slab thickness is 14 centimetres. The bridge has concrete supports. The supports have wooden pile foundation; facade beams are painted. The abutments flare in the canal. The roadway and sidewalks are covered with asphaltic concrete. Reinforced concrete parapet railing is installed on the crossing. Railing is constructed of cast iron gratings mounted on metal pedestals; extreme railing sections are imbedded in the granite parapet of abutments. The high stand lamps consisted of spears are installed on the abutments. The crowns with hexagonal lanterns shine on the stand lamps. The bridge decoration does not claim to original highly artistic castings and is a repetition of decorative elements of the Baltic bridge crossing. The railings and stand lamps with lanterns are designed under the project of architect I.N. Benua.

In September 2003 support beam of the pipe was reinforced; two upper cross beams were replaced; slabs of the upstream sidewalk were replaced.

This bridge is not a tourist attraction. However, many people unwittingly find themselves near it (and even on the bridge) when travelling on a bus tour to Peterhof from the city centre. 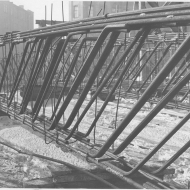 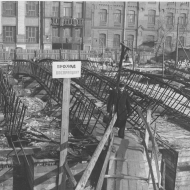 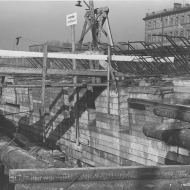 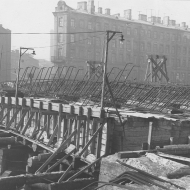 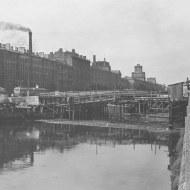 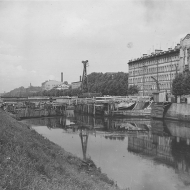 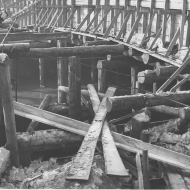