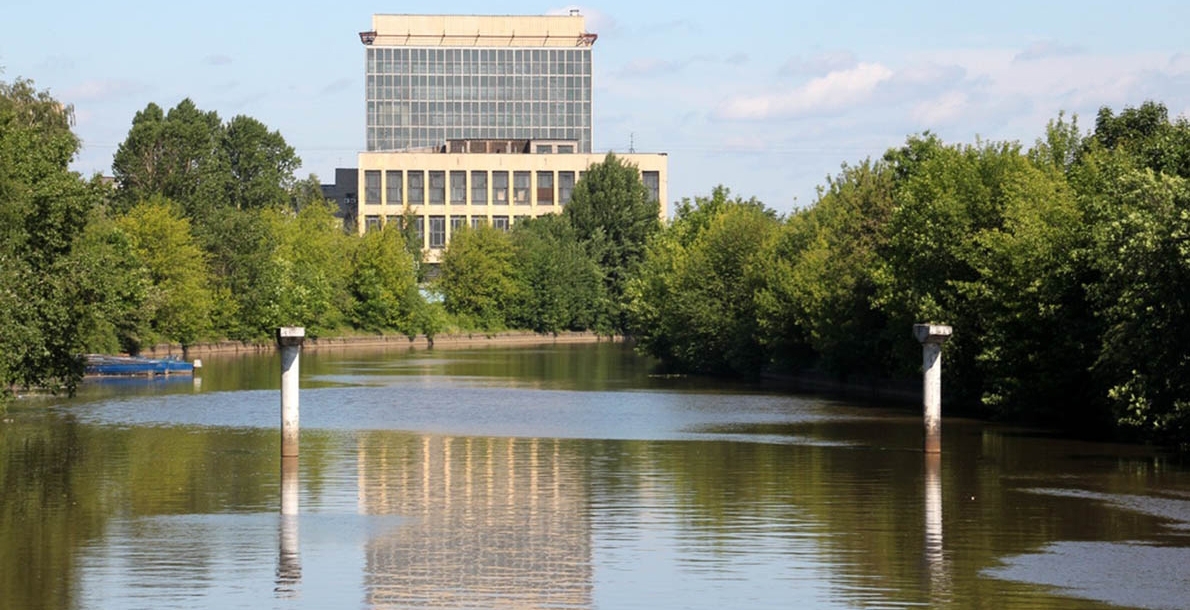 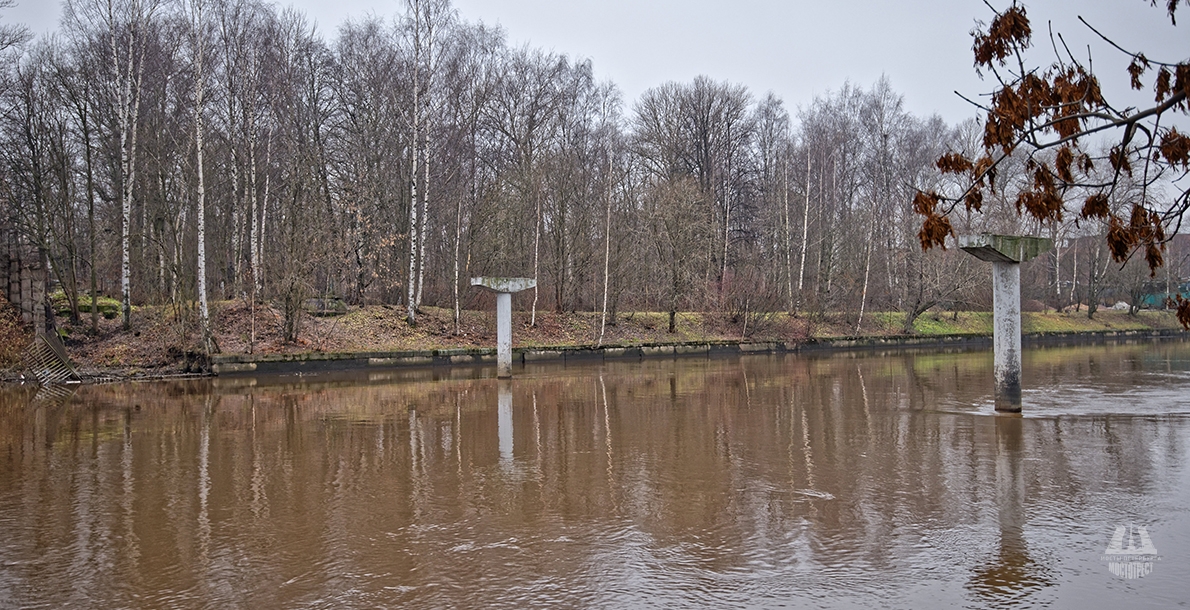 Krasny Sudostroitel Bridge across Okhta was located nearby Magnitogorskaya Street between Shaumyana Prospect and Malookhtinsky cemetery. The bridge got its name after the cognominal enterprise, which was located on the section on the Okkervil River outlet to the Okhta River.

Pedestrian wooden bridge was constructed here in 1928 to connect inhabitants of condominiums in northern part of Novocherkassky Prospect with industrial areas of the left bank of Bolshaya Okhta.

Wooden bridge was five-span wooden simple bridge with metal superstructure on wooden abutments and intermediate supports. The decking and railings were also wooden.

In 1969 the bridge was thoroughly repaired with preservation of the former structure. Broken wooden bushes nearby to the bridge supports were restored for protection from berthing and ice impacts. The wooden bridge was repaired several times.

It was a wooden covered bridge on pedestrian part. The bridge railing is combined: metallic with wooden filling and wooden guard rail.

In 1996 the bridge reconstructed with pedestrian part decking rearrangement to timber one with new timber bar railing. Besides, the butts of console and suspension beams were reinforced.

In 2002 the bridge was disassembled due to emergency state; only supports and granite parapets are preserved.

In 2010 the bridge recovery project was developed and got positive conclusion of state expert examination. As of 2015, the bridge recovery plans are not cancelled, but work start terms are not known. According to one member of Saint-Petersburg toponymic commission, the name Krasny Sudostroitel was discontinued in 2008. If this facility will is recovered, the toponym will be most probably rehabilitated, too.