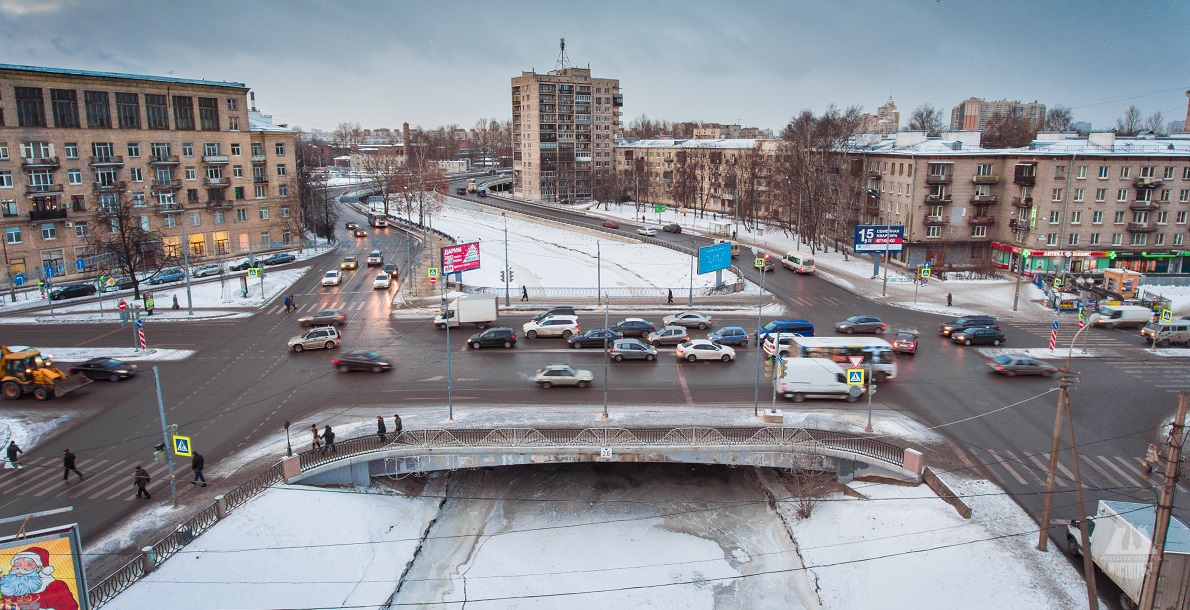 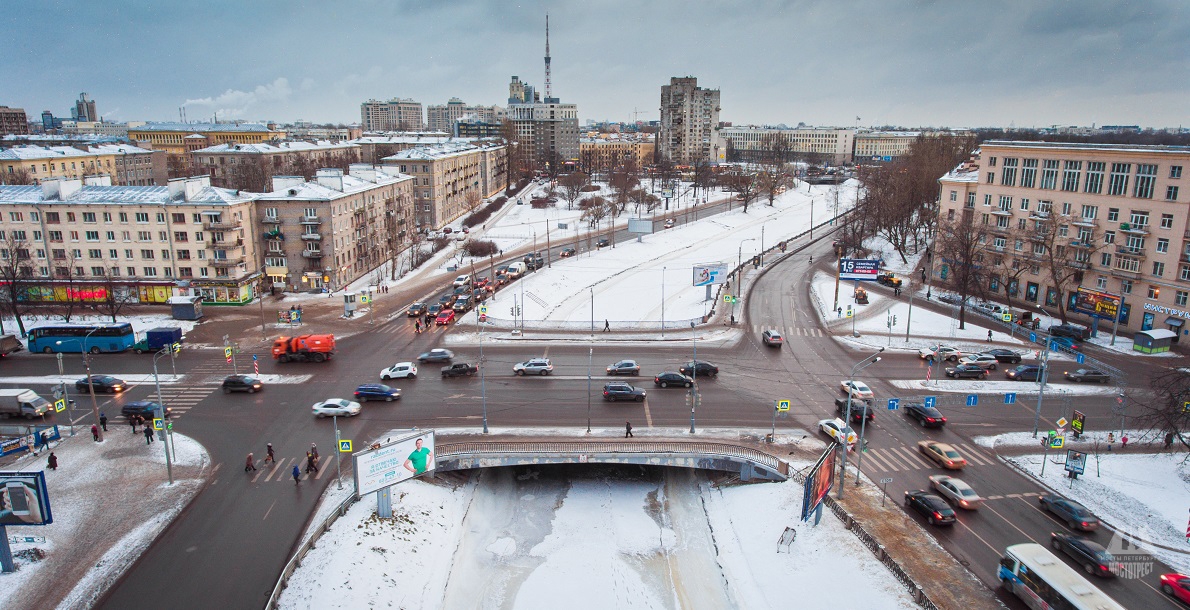 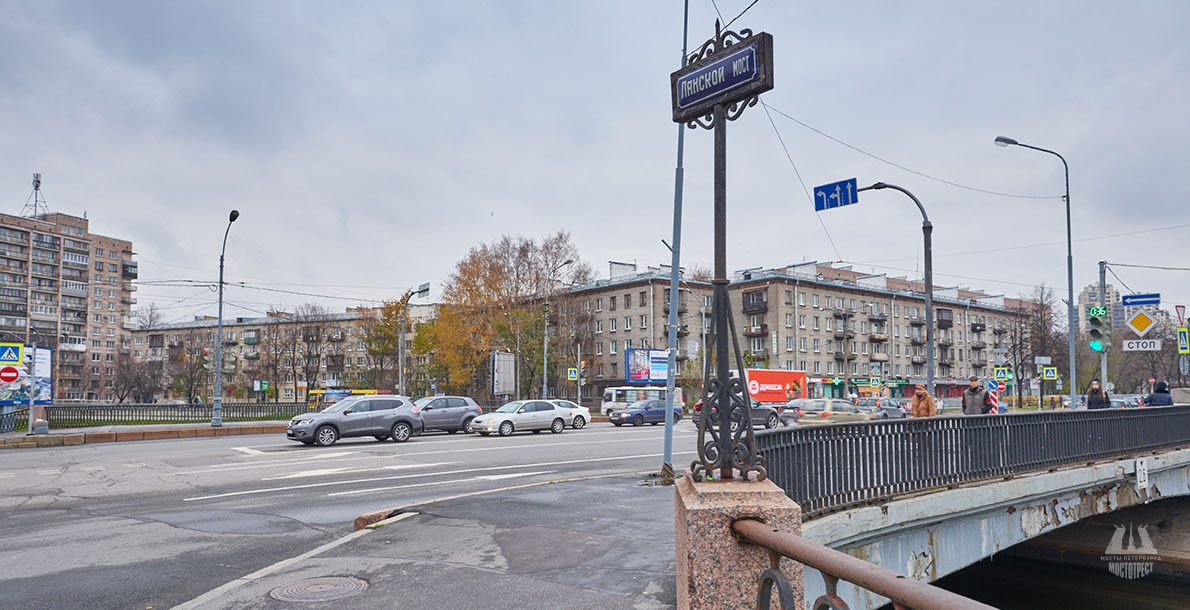 Lanskoy Bridge (former Pogranichny) is a bridge across the Chornaya River. It is located in the alignment of Lanskoye Highway and Shkolnaya Street.

The history of this bridge is similar to the history of the other Petersburg bridges. The first wooden bridge was located on this place in the 19th century. The crossing has changed several names: First, after first bridge construction, it was called the 2nd Chernorechensky Bridge (the1st Chernorechensky Bridge was located downstream); than, starting from 1868, the crossing was called Pogranichny Bridge; this was connected to the fact that city boundary was located here.

Wooden strut-framed bridge was repaired several times and had three spans by 1941. The bridge length is 28.3 meters, the width is 13.5 meters. Modern name of the bridge is connected to the family of count and noble-born Lanskoy, who, from the end of the18th century, have possessed the big land plot between Vyborg Road and the Chornaya River.

Due to massive residential construction in the are of Smirnov Prospect (now Lanskoye Highway) in 1960s and car traffic increase, there appeared a necessity of the prospect reconstruction and redevelopment of narrow wooden bridge with limited carrying capacity.

In 1967, under the project of Lengiproinzhproject’s Engineer R.Ya Rozen and Architect L.A. Noskov, a wooden bridge was rebuilt in single-span reinforced concrete bridge. The superstructure represents three-hinged frame made of unified elements. Upper belts of the superstructure are monolithic withy concrete slab in roadway. Girder ends are integrated by catch monolithic beam with incomplete link formation. The bridge has massive stone abutments on pile foundation. There is an asphalt concrete pavement on the bridge. Bridge railing is made in the form of similar appearance cast iron grid. At the ends of the railing granite pedestals are installed.