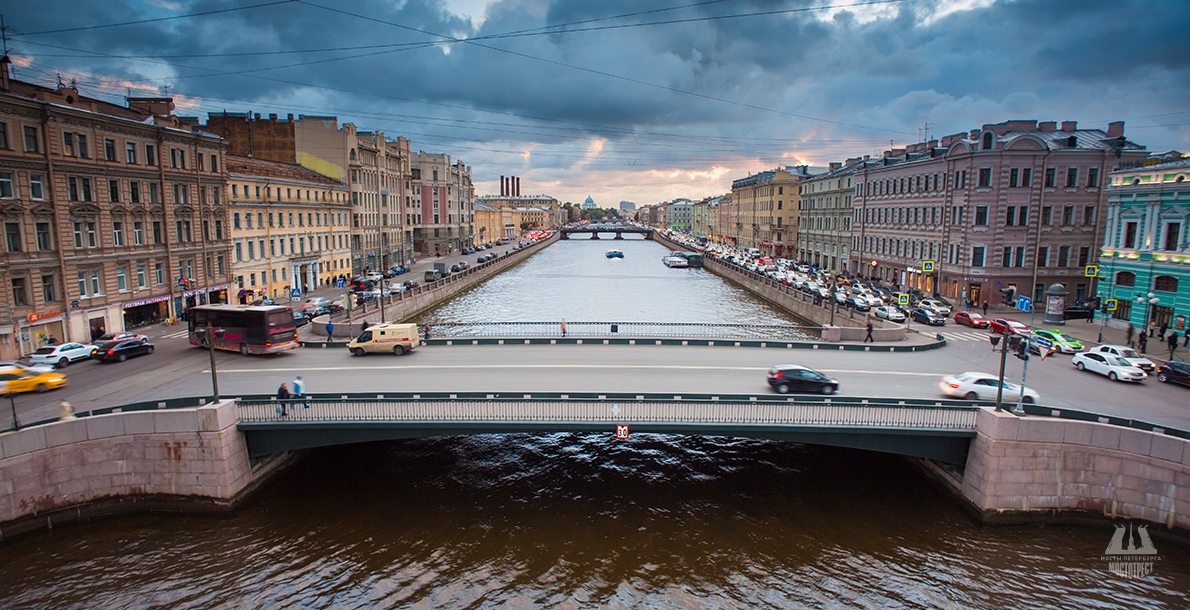 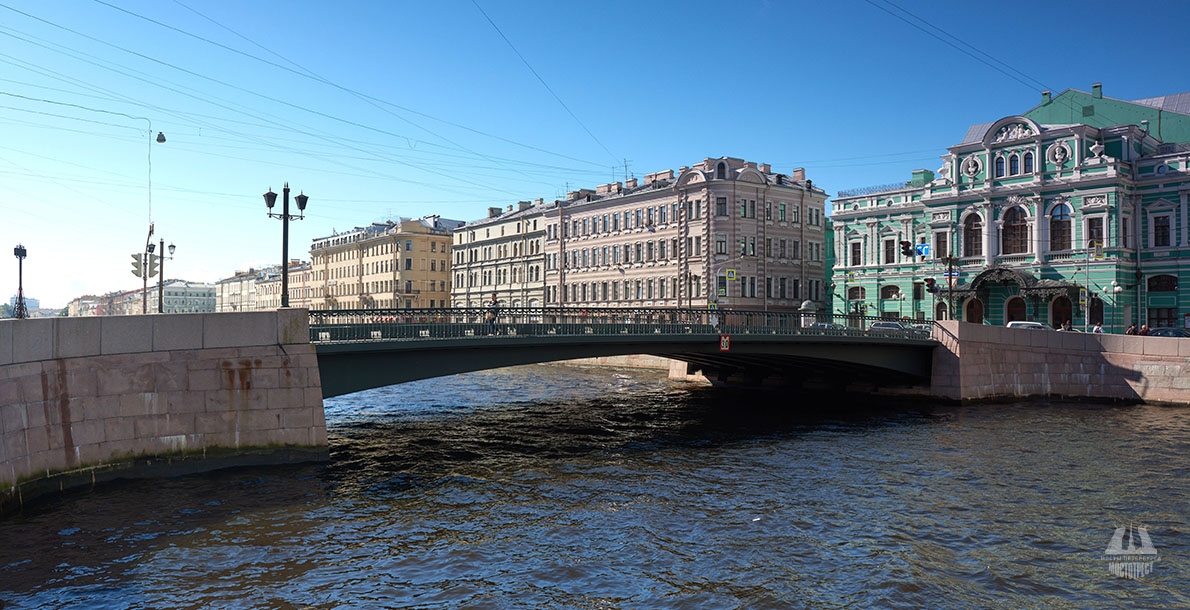 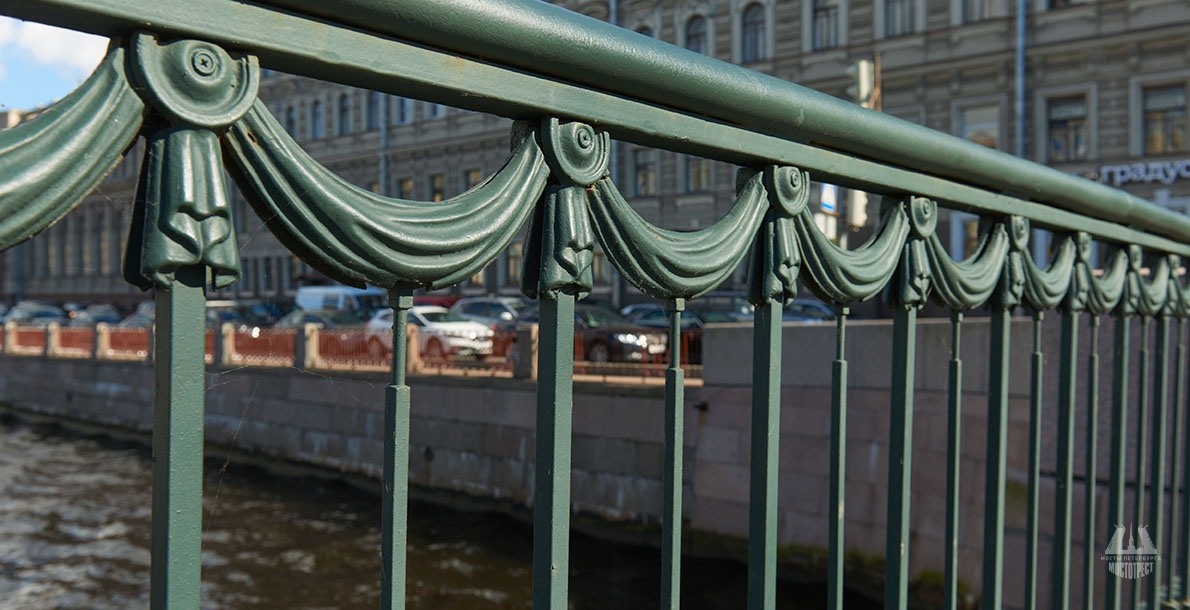 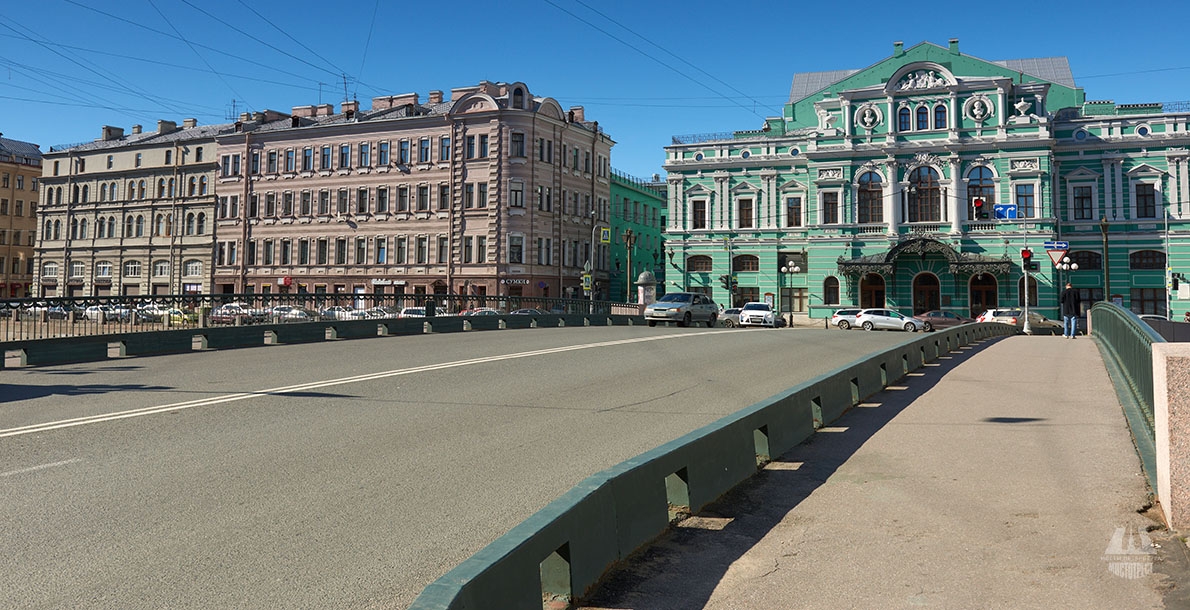 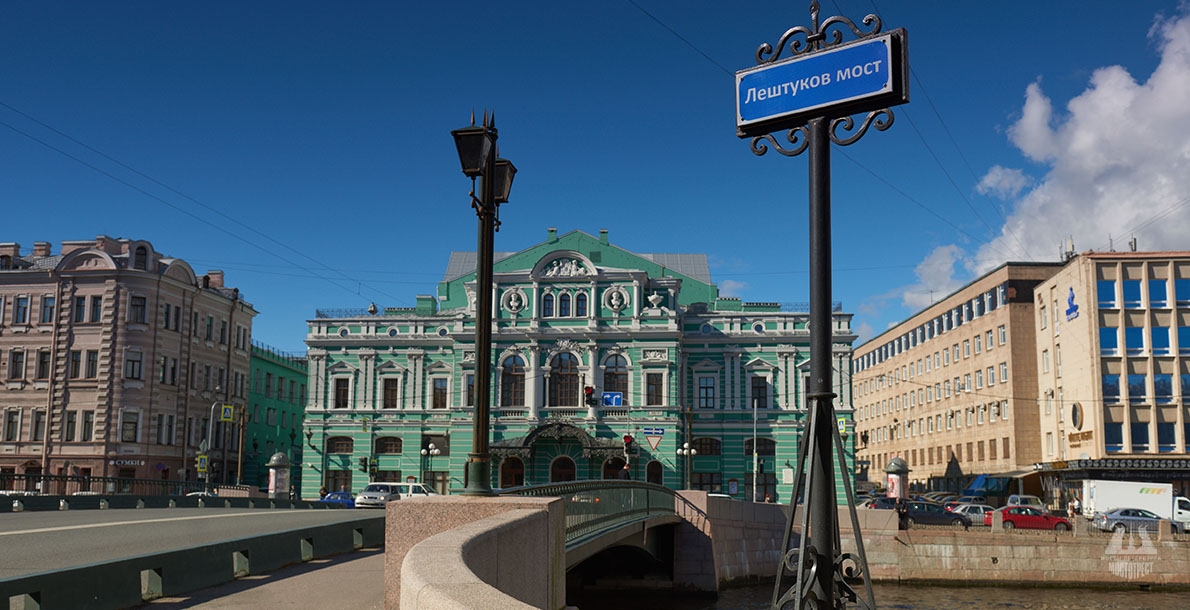 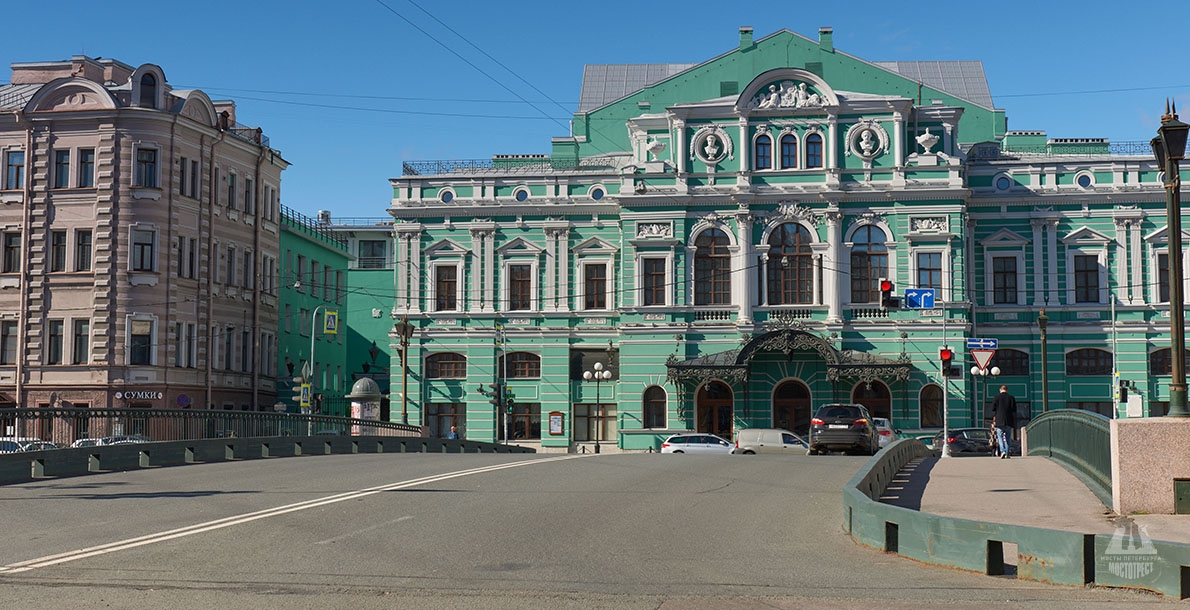 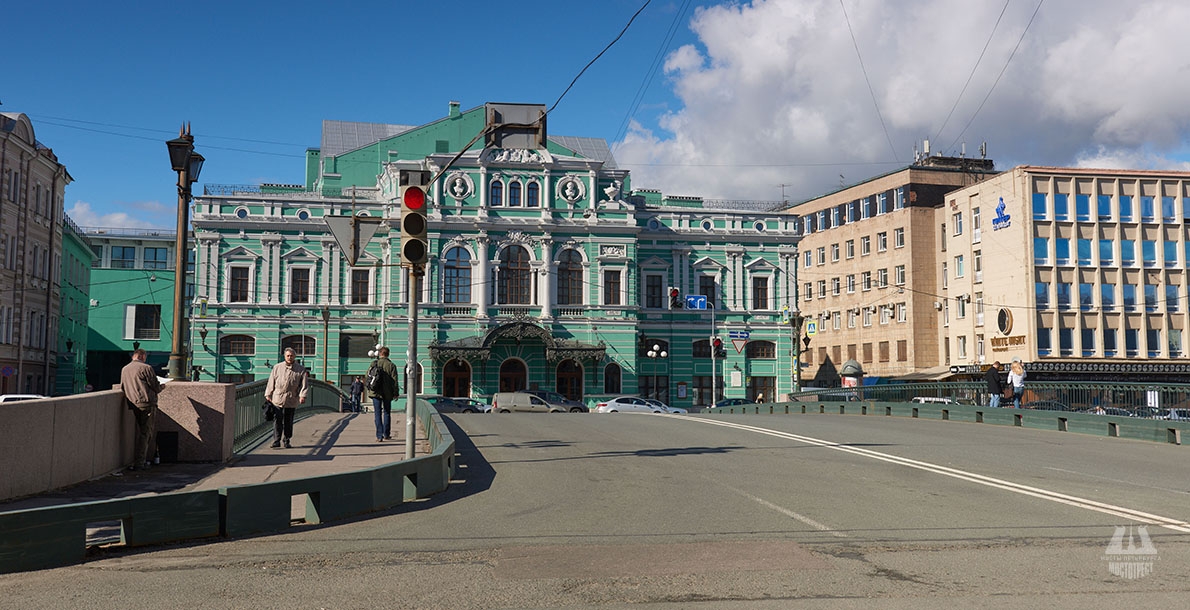 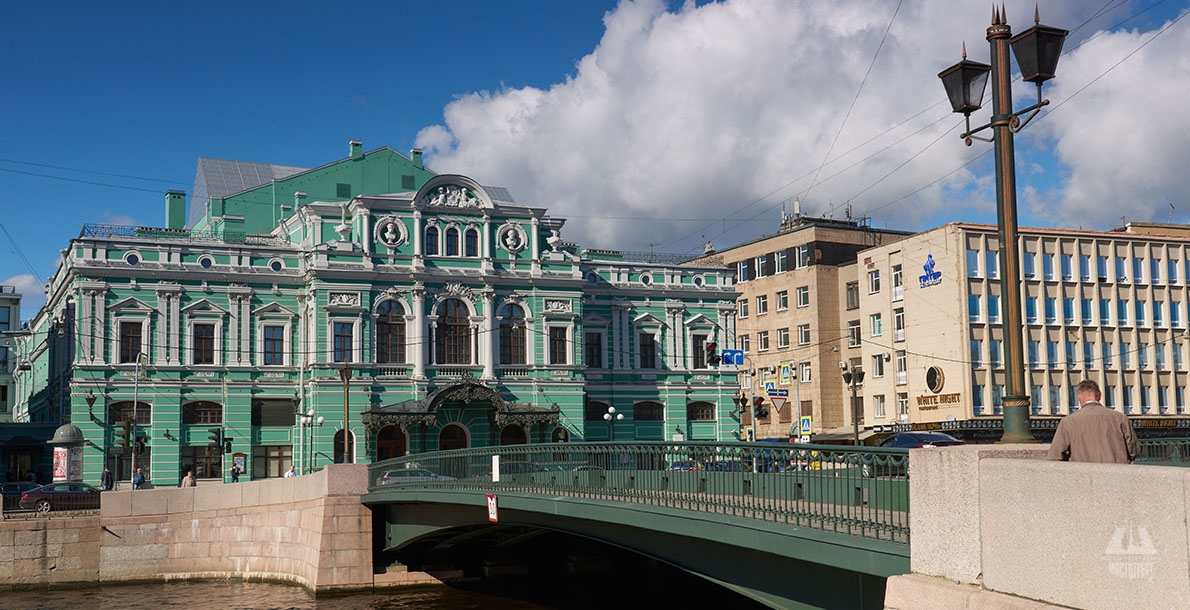 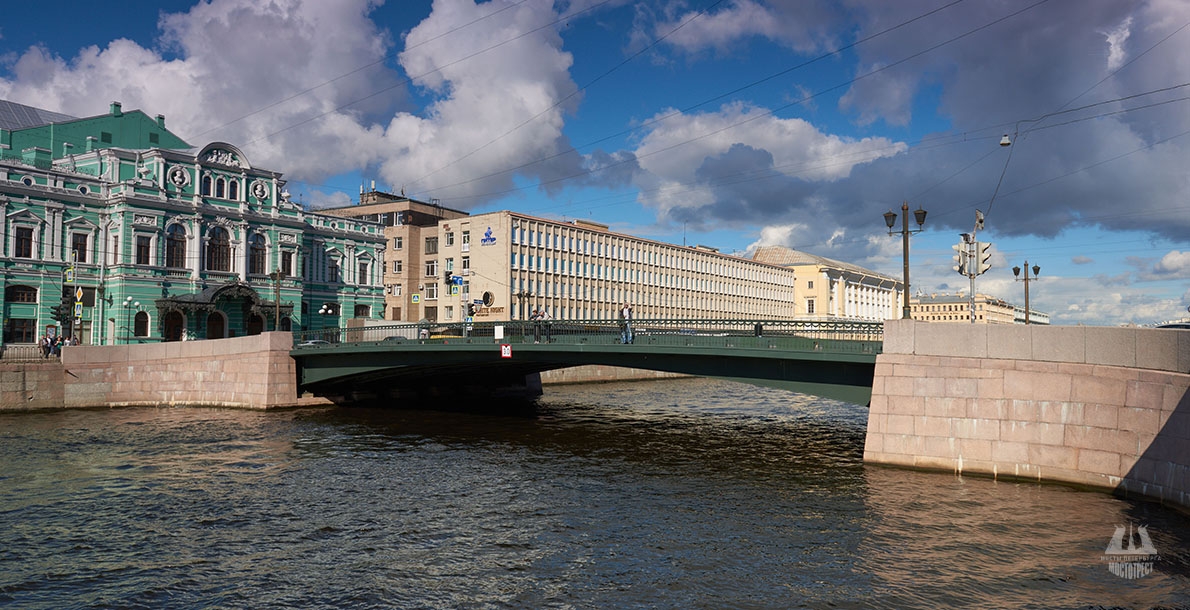 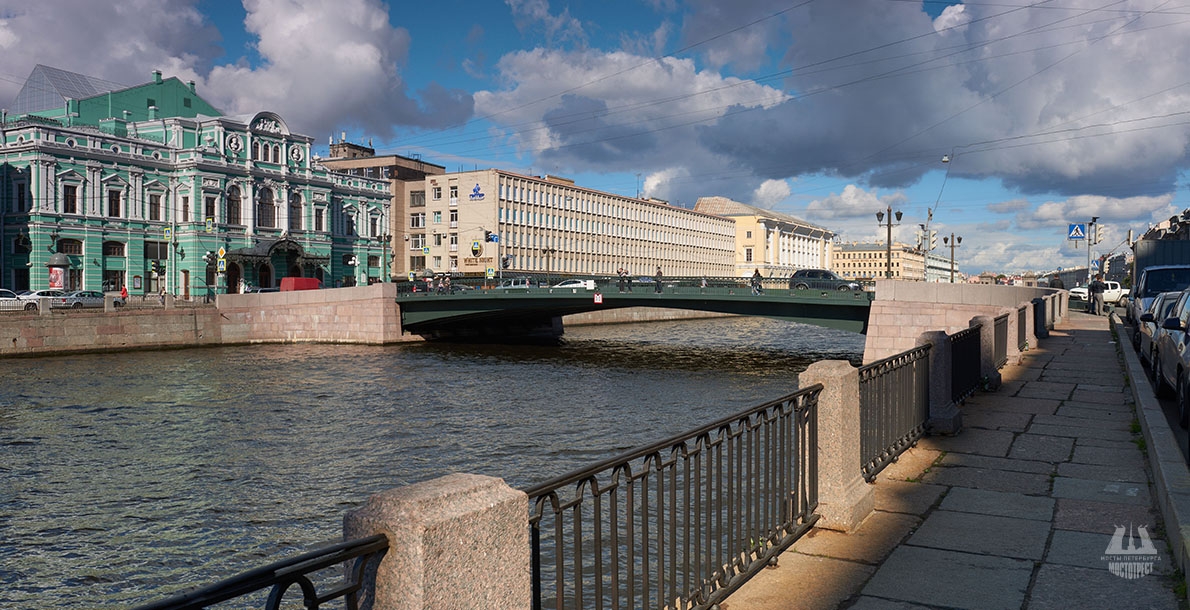 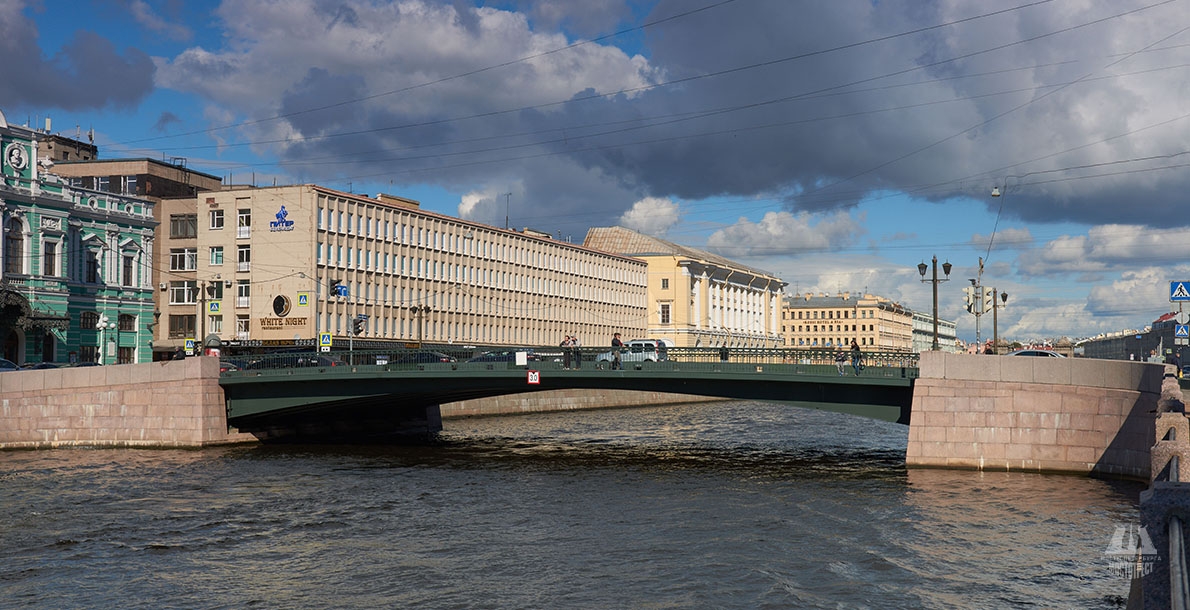 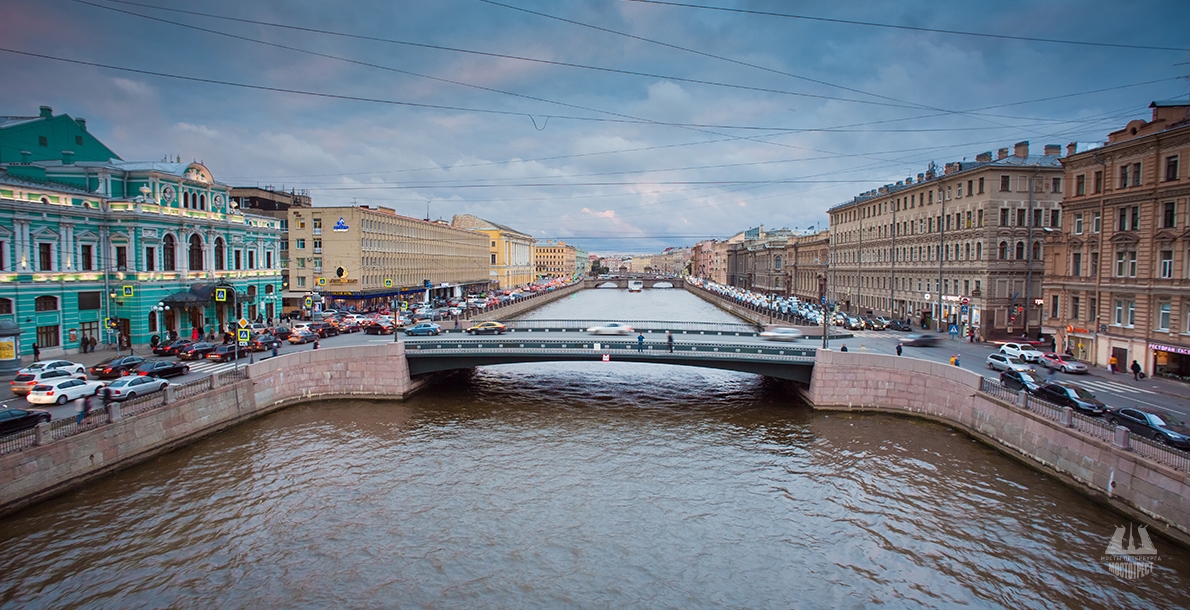 Leshtukov Bridge connects the two banks of the Fontanka River in the alignment of Jambula Pereulok (formerly Leshtukov Pereulok). There is Tovstonogov Russian State Academic Bolshoi Drama Theatre from the other side of the bridge.

The Jambula Pereulok previously was named Leshtukov Pereulok n.a. the court physician Lestocq of Elizaveta Petrovna - Empress of Russia (the Russians named him Leshtukov). He owned several land parcels along the Fontanka River.

In the 80s of the XVIII century, when they began to strengthen the banks of the Fontanka River, a passway was traced on one of the land parcels in the direction of travel of the current lane.

In 1820 it was planned to install a pedestrian chain bridge under the project of E.A. Adam.

In 1907 a five-span simple wooden bridge on pile supports was built. The main purpose of the bridge - a passway to the Academic Bolshoi Drama Theater, founded in 1868 by A.S. Suvorin. The wooden bridge was repaired several times.

In 1952 after repair timber spans were replaced by metal ones. The bridge supports are covered with boards of stone design. Protective pile groups were installed. The entrances to the bridge on both sides were dismantled. The width of the bridge reduced from 15.7 m to 14.2 m, the bridge length was 58.2 meters. Timber slabs were laid on the roadway. The bridge railing was a timber one and made of posts and strengthening lines. Two heating pipelines were laid under the bridge.

In 1971 major repair of the bridge supports was carried out; timber slabs were replaced by the sleepers and double deck. Metal welded railing of a simple pattern appeared to replace the timber one.

In 1999 the full reconstruction of the bridge was carried out under the project, originally conceived just in 1988 by a leading engineer L.N. Sobolev of State Unitary Enterprise Legiproinzhproekt, that finally allows to open the vehicle traffic on this busy area between the banks of the Fontanka River.

There is a phrase in St. Petersburg folklore associated with Leshtukov Bridge - "Any spare tickets?" It is not difficult to guess that it was fixed for due to the popularity of the nearby theatre. 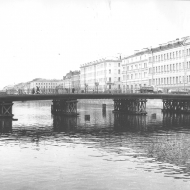 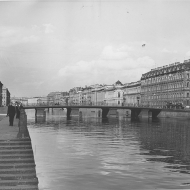 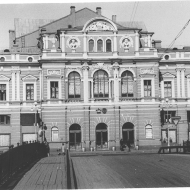 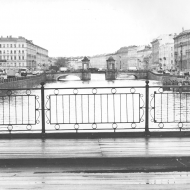 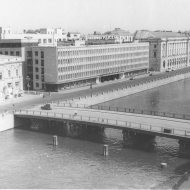