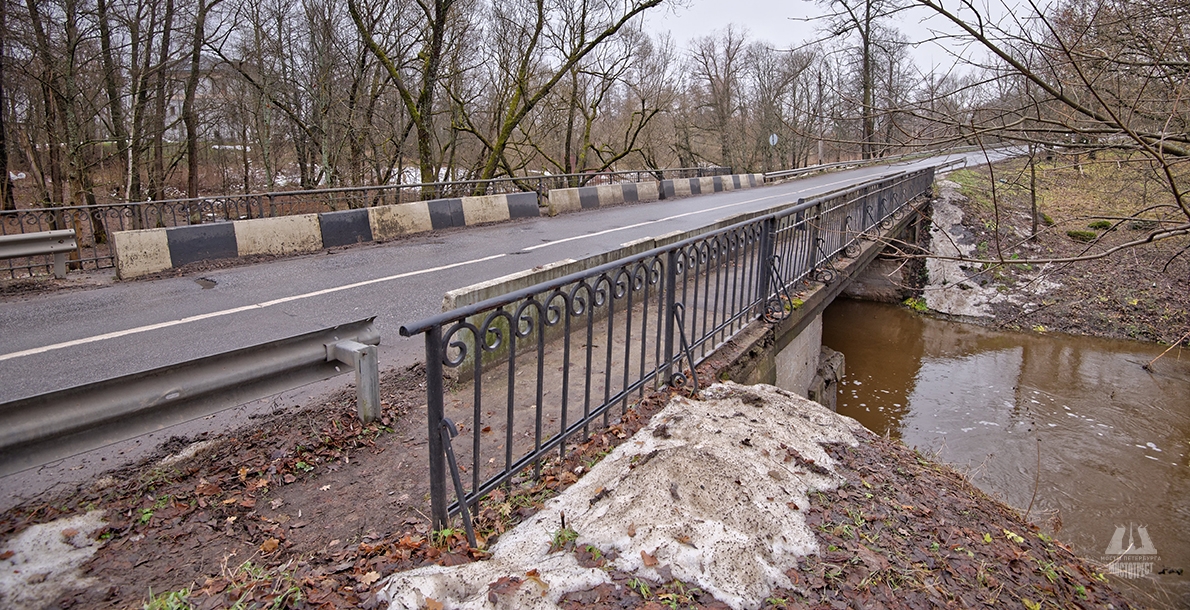 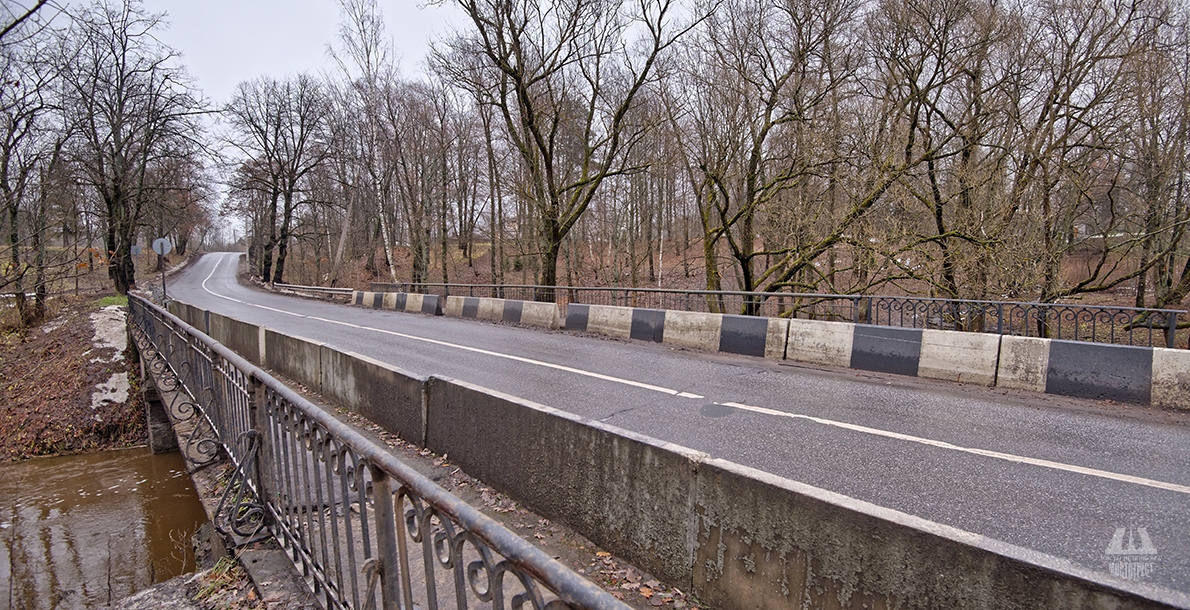 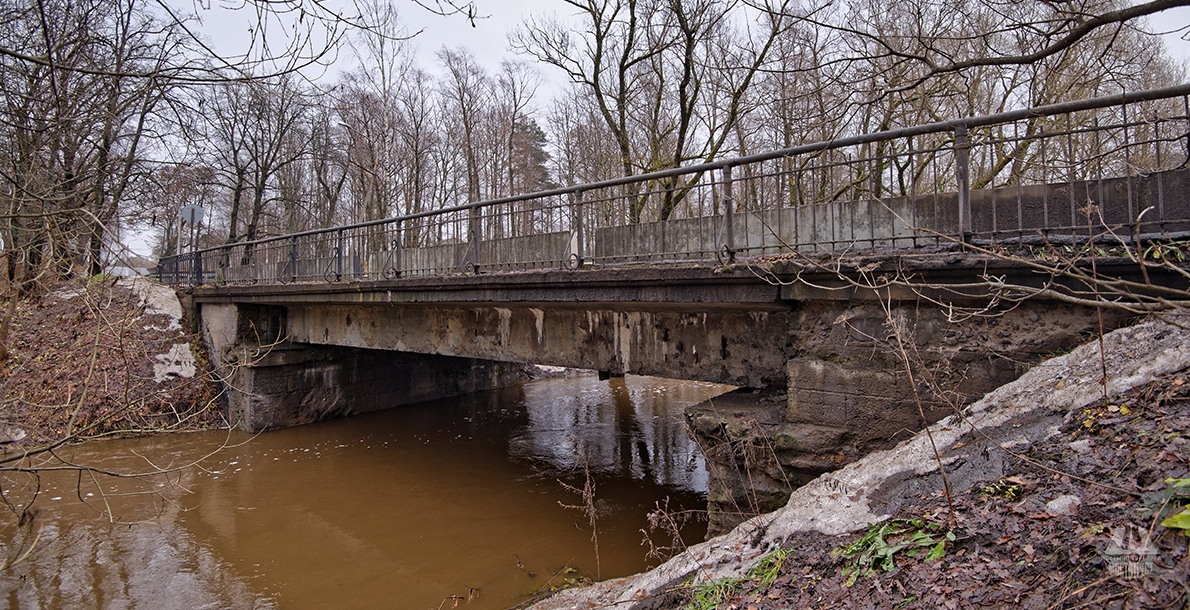 Linnovsky bridge over the Slavyanka River is located in Pavlovsk, Pushkin District of St. Petersburg, on Mariinskaya Street in the central part of the park "Marienthal".

The barriers of standardized height are installed on the bridge. For the bridge drainage four metal tubes (by two on each side) are placed in the gaps between the blocks of fencing.

The bridge was built in 1969. The bridge name is rooted in the middle of the XVIII century. In place of the modern Mariinskaya Street there was a village Lynna (Finnish linna - Fortress) which, in turn, was called by the Swedish fortress existed since 1702. The bridge name was approved on November 6, 1997.

In the early 1980s according to documents developed by the design department of Lenmosttrest a major overhaul of the bridge was performed by the efforts of Lenmostotrest SSBEE. Instead of the existing granite curb, 18 concrete block barriers (by 9 on each side of the roadway) were installed; the roadway pavement was changed completely; metal railing was repaired; the superstructure of the bridge was strengthened by the anchors installation.

In 1997 the concrete blocks were replaced by blocks of standardized height with increasing dimensions of the roadway of 0.5 meters.

Today Linnovsky bridge is an object of cultural heritage of federal importance "The Bridge and the Dam Linnovskie" (the dam is 60 meters upsteream of the Slavyanka River). The bridge is also a part of the ensemble of "Marienthal" park.

The traffic on the bridge is organized in such a way that the cars moving from the right-bank district of Pavlovsk have the priority.