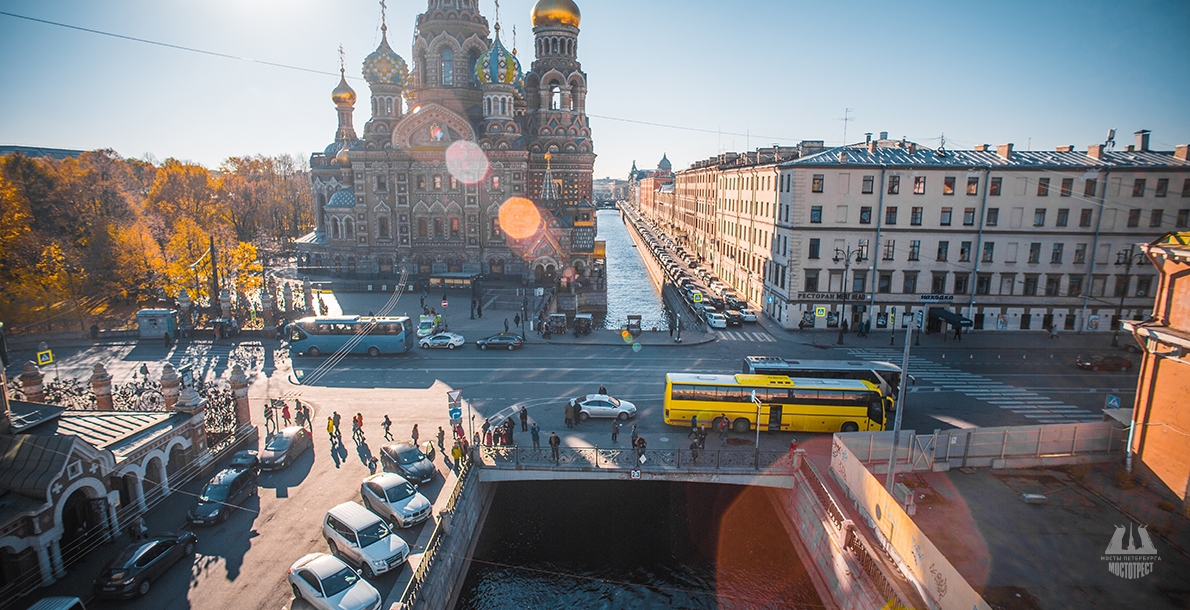 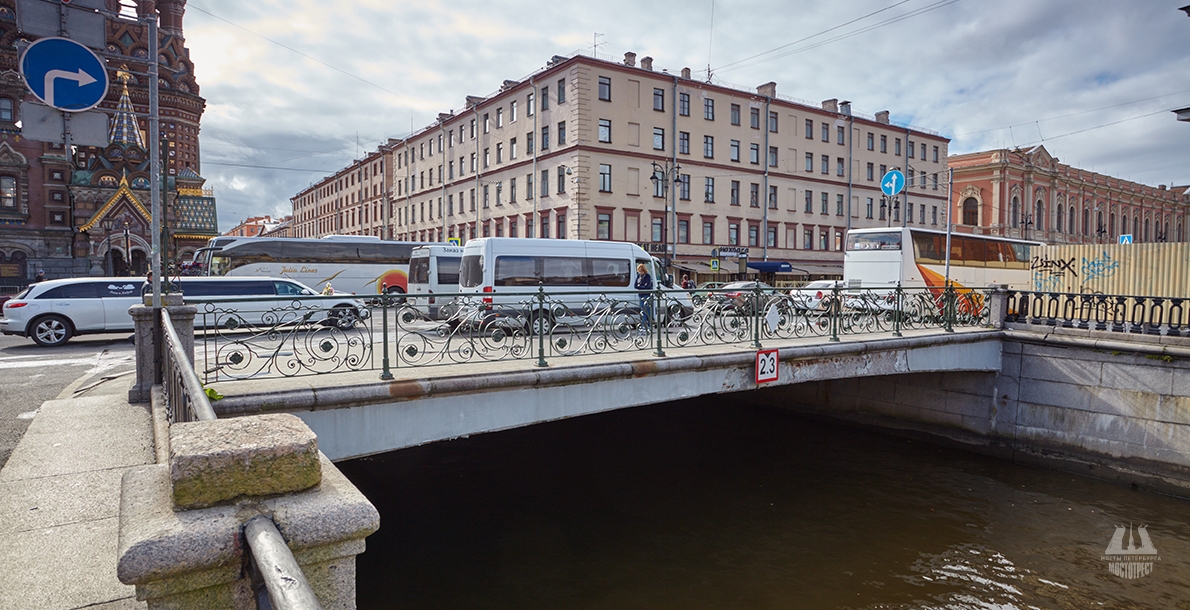 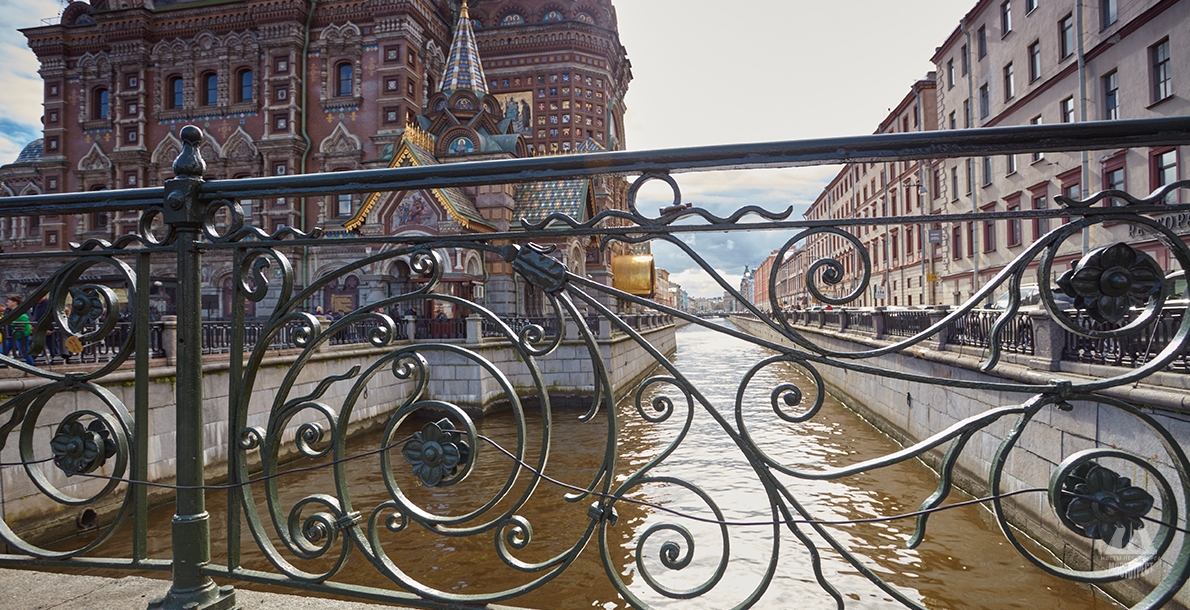 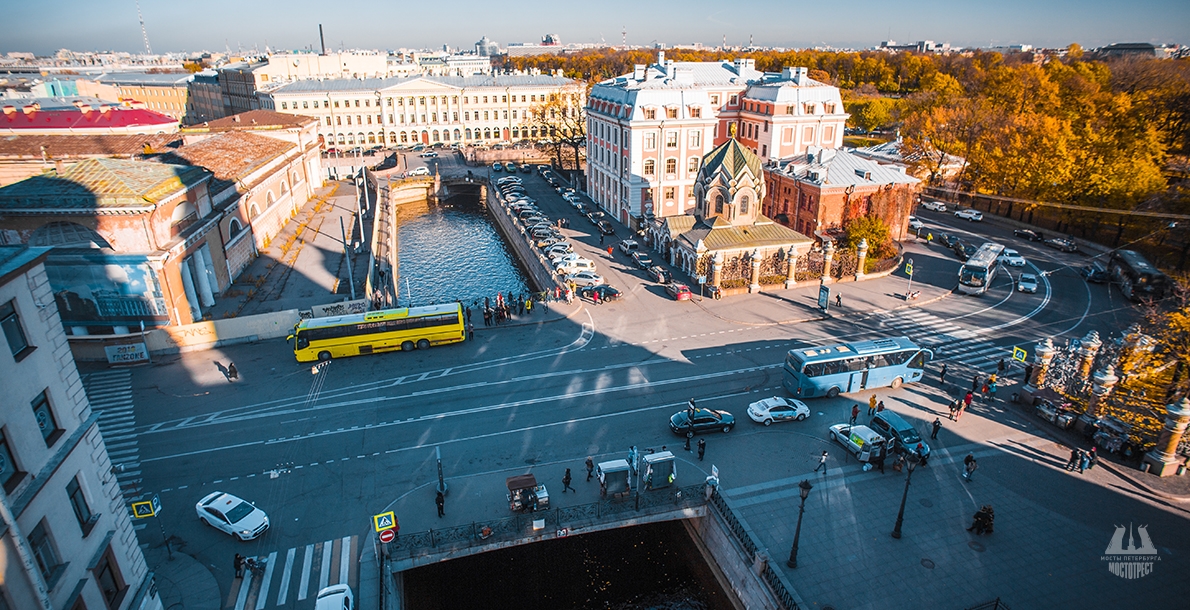 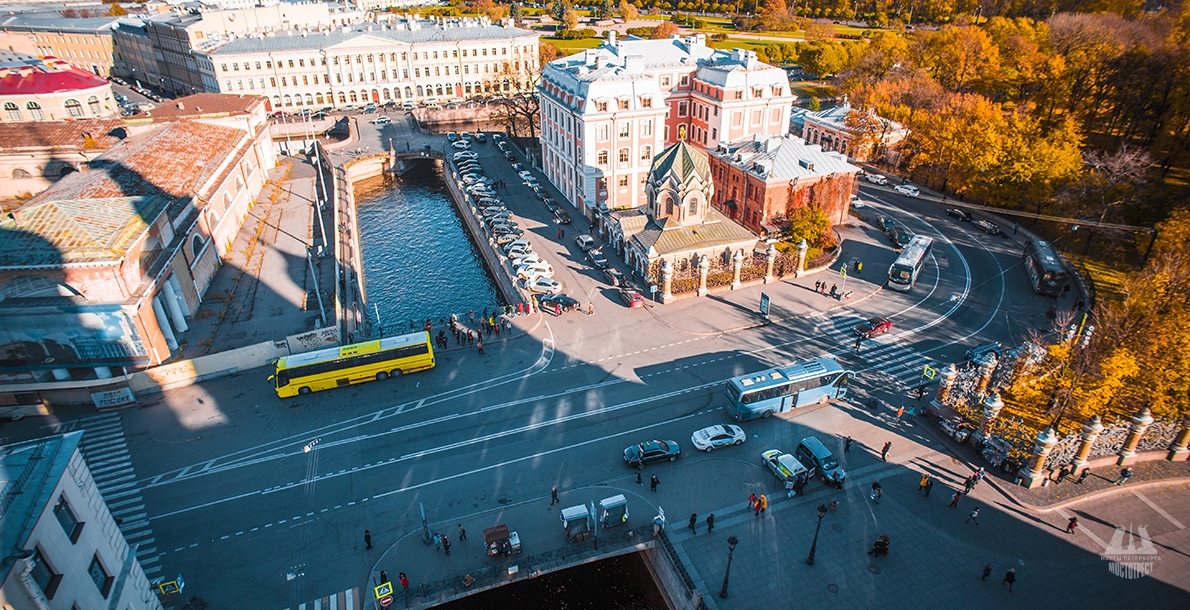 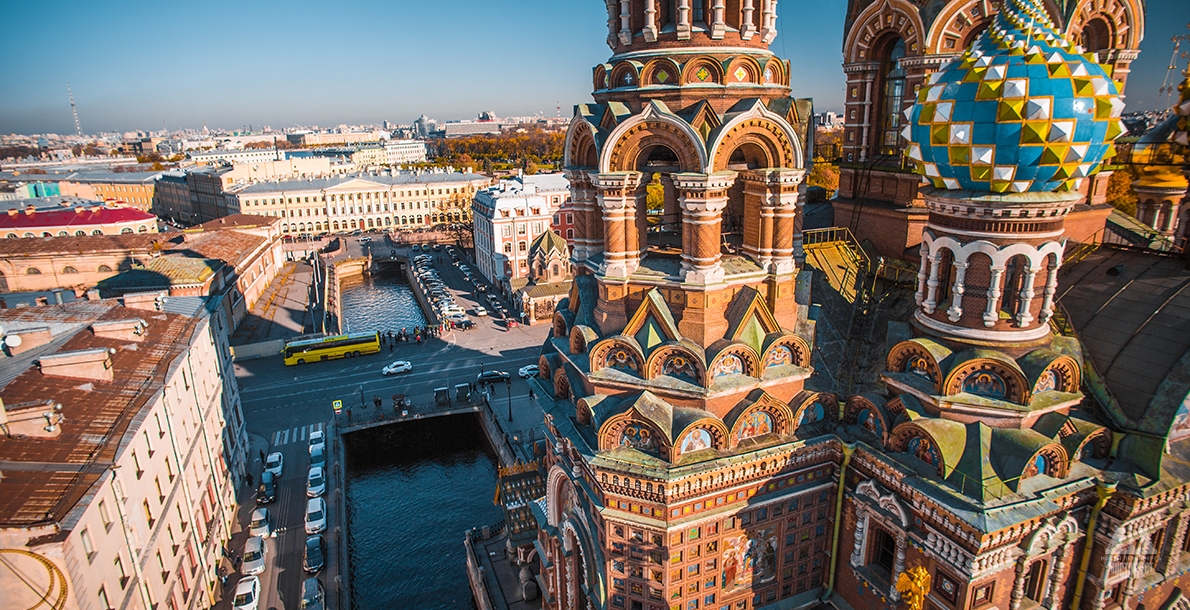 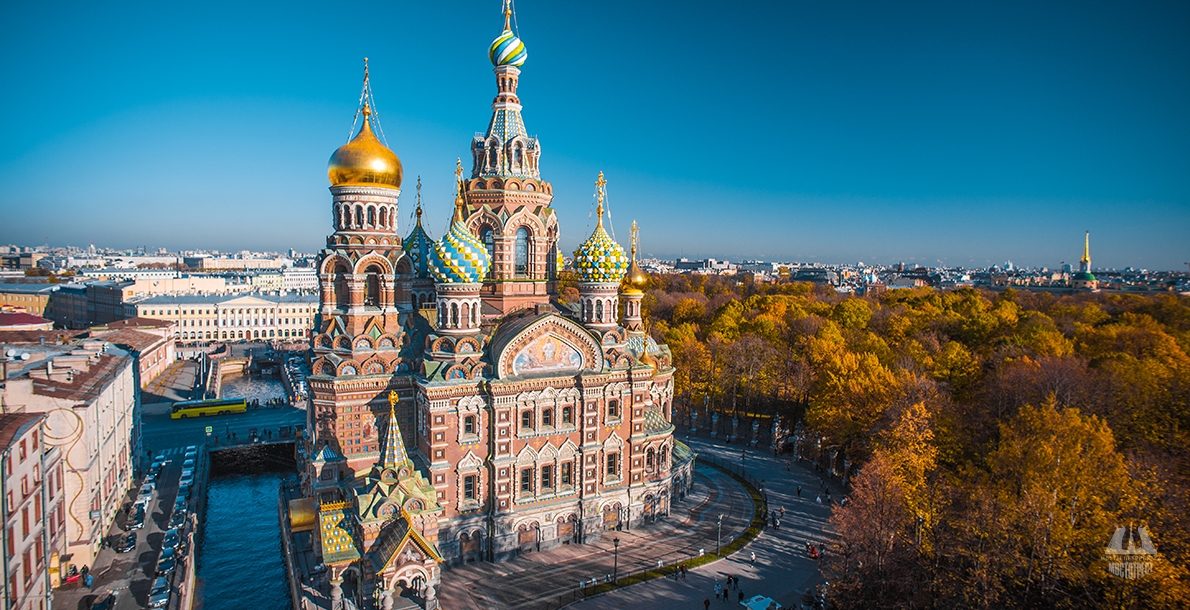 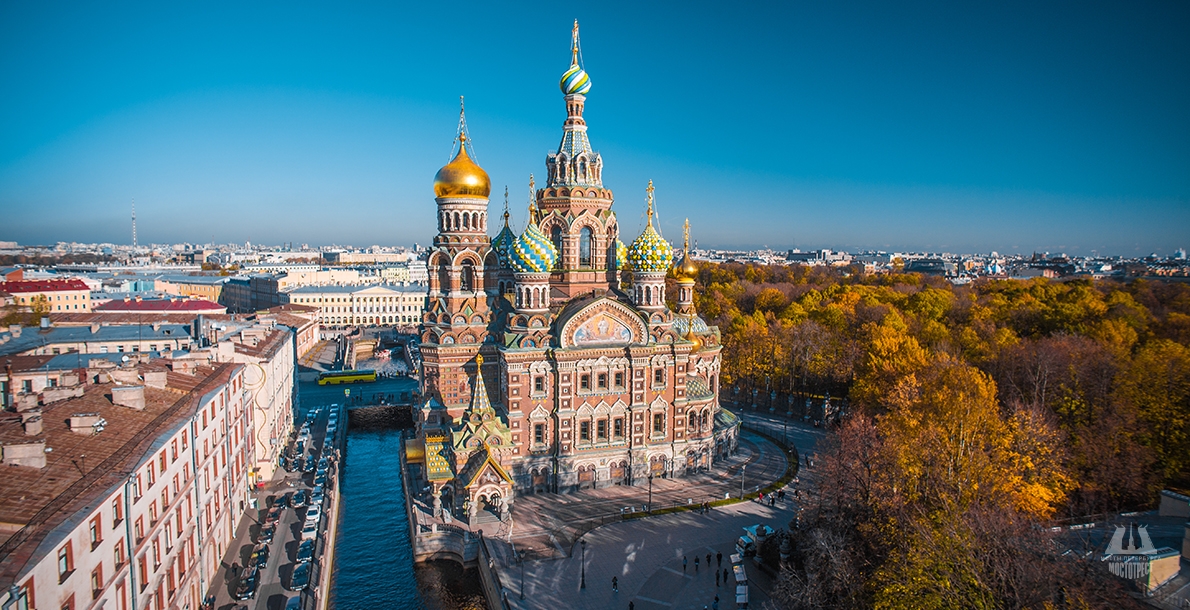 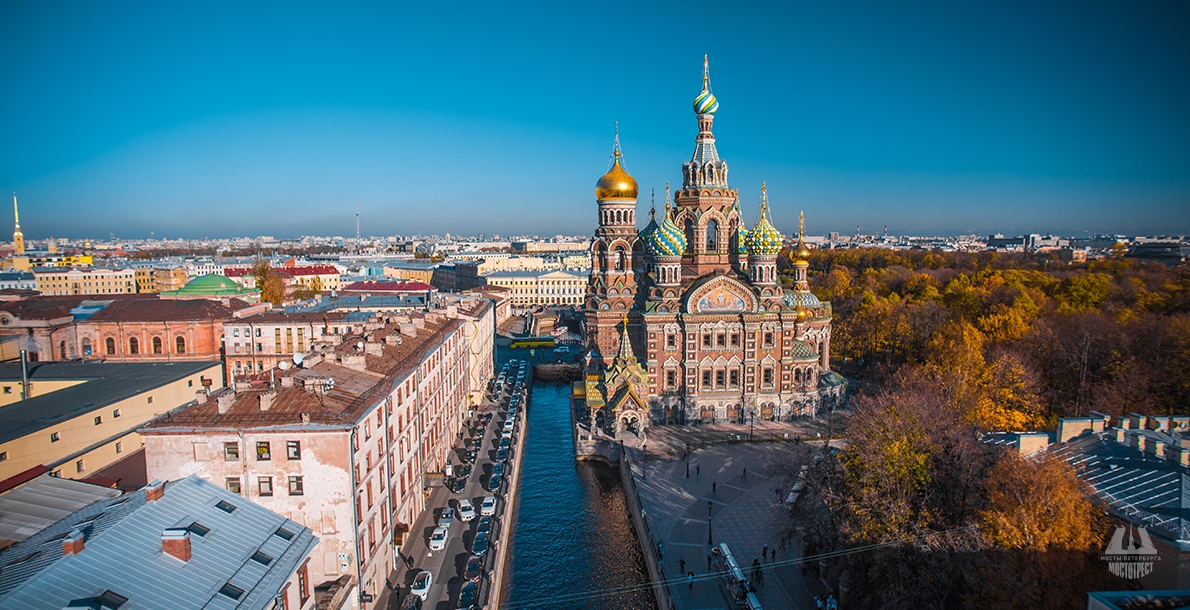 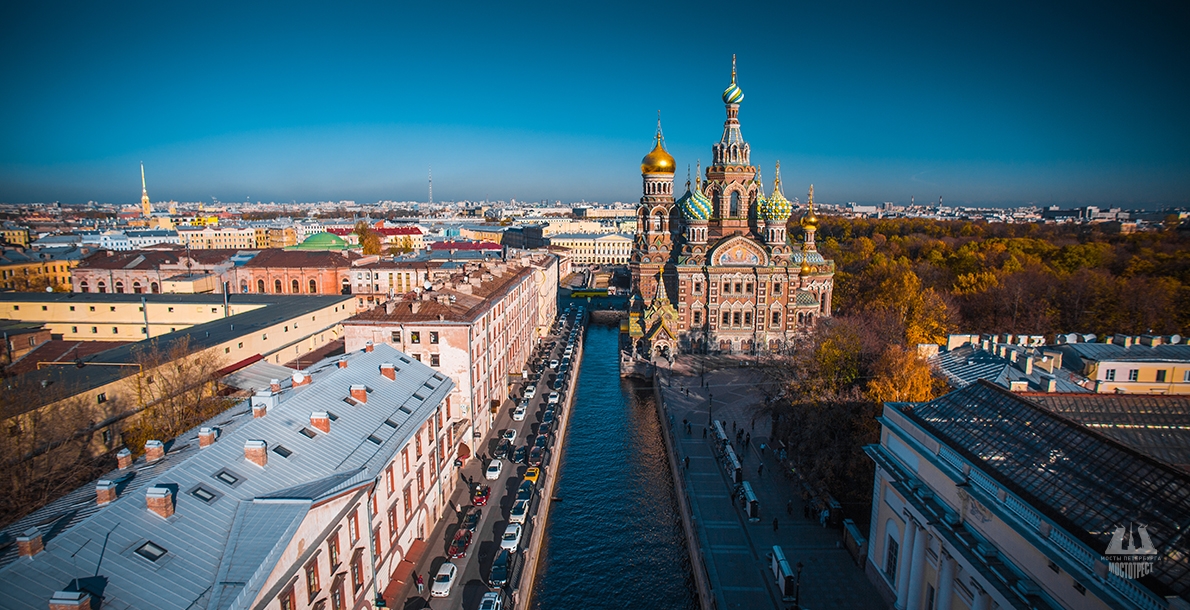 Novo-Konyushenny Bridge (former Grinevitsky Bridge) is located on the extension of Konyushnnaya (Stables) Square. It connects Kazansky Island and Spassky Island across the Griboyedov Canal in Central District of St. Petersburg.

The first crossing on the site of Novo-Konyushenny Bridge appeared in 1880. A wooden girder bridge which was necessary for the organization of the construction of the Church of the Savior on Spilled Blood was built there. It served as an extension of the construction site. Its width was 115 meters, which is wider than the currently existing the widest bridge in Saint-Petersburg (Blue Bridge width is of 97.3 meters). The wooden bridge was repaired several times.

In 1907, after the completion of construction of the church, wooden bridge became the permanent crossing over the Catherine Canal (now the Griboyedov Canal). It was named the Bridge of the Church of the Ascension.

In 1912 the bridge was rebuilt to a span framed structure with the length of 20.1 m and the width of 117 meters. Since 1917 the bridge was named "bridging" which corresponded to its original functional purpose.

In 1934 it was reinforced for the passage of trams. In 1939 the bridge was rebuilt: part of the bridge of about 100 meters wide located in front of the church, was demolished; and from the upstream it was extended to 19.5 meters. The bridge width after the repair is 36.5 meters. In 1950 the wooden superstructures in tramways area were replaced with a metal I-beams.

The bridge design had a lot of innovations which are then repeated in many bridge crossings.

In May 1975, under the decision of the Lengorispolkom, the bridge was renamed in honour of the killer of Emperor Alexander II – Grinevitsky Bridge. After the fall of Soviet power the bridge in the city centre could not continue to bear the name of the terrorist of the party "Narodnaya Volya". In January 1998 Grinevitsky Bridge received its present name – Novo-Konyushenny Bridge.

In October 1998 roadway coverings were repaired with partial closing of unused tram track. 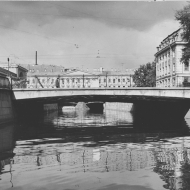 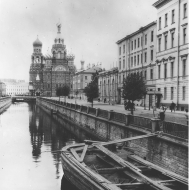 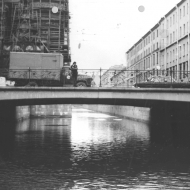 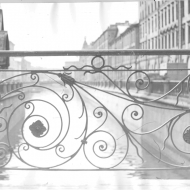 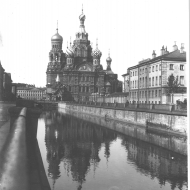 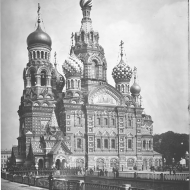 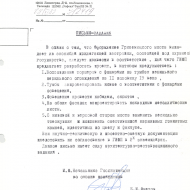