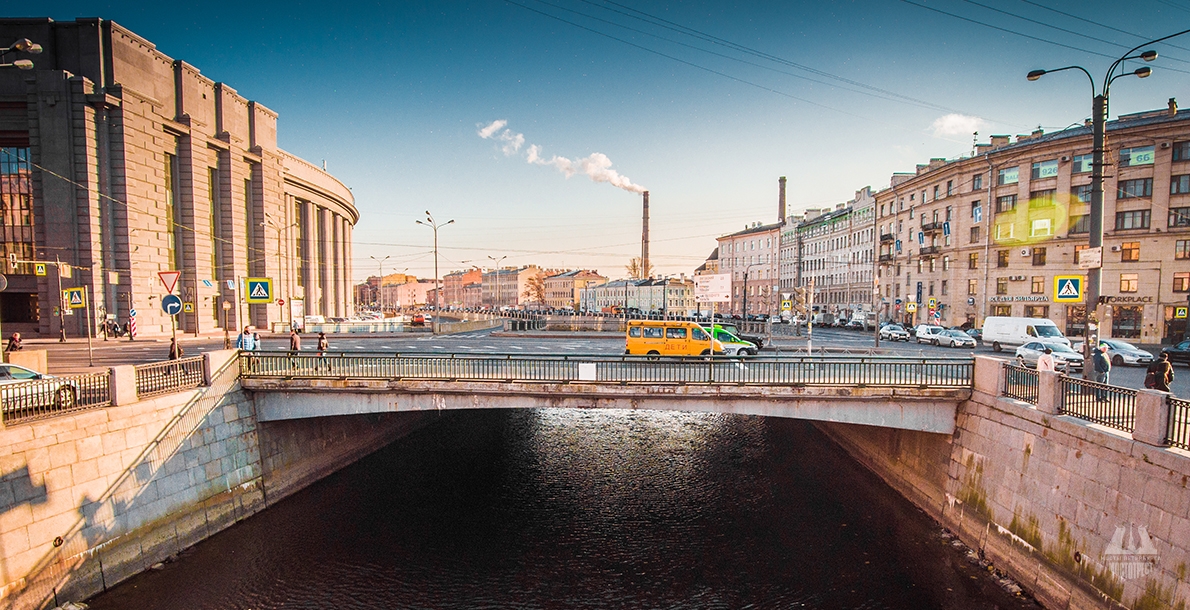 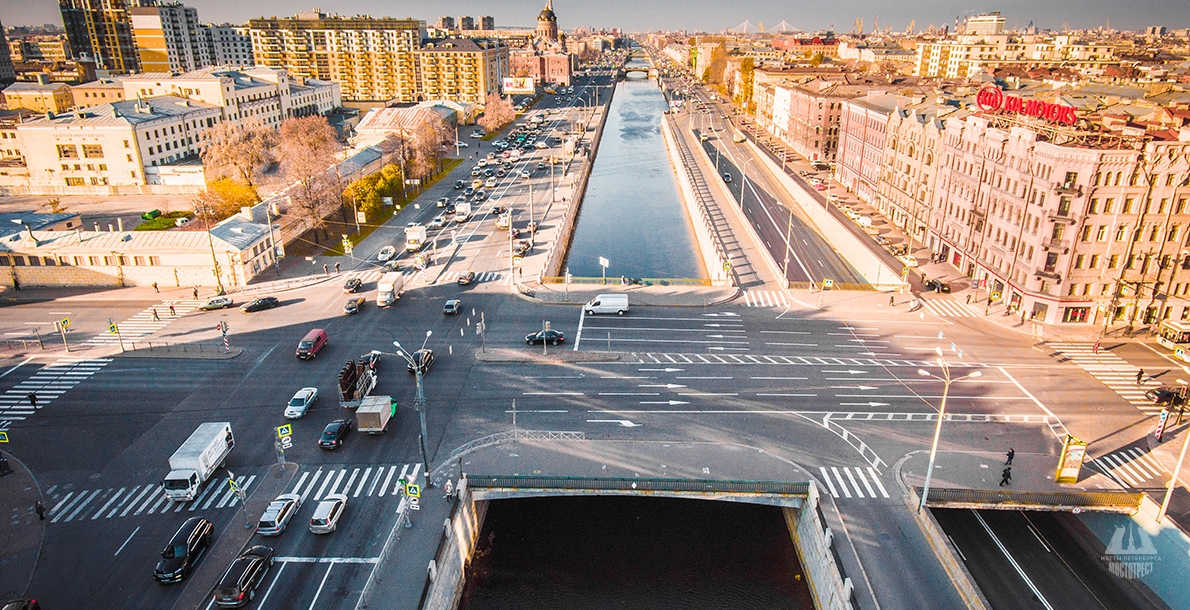 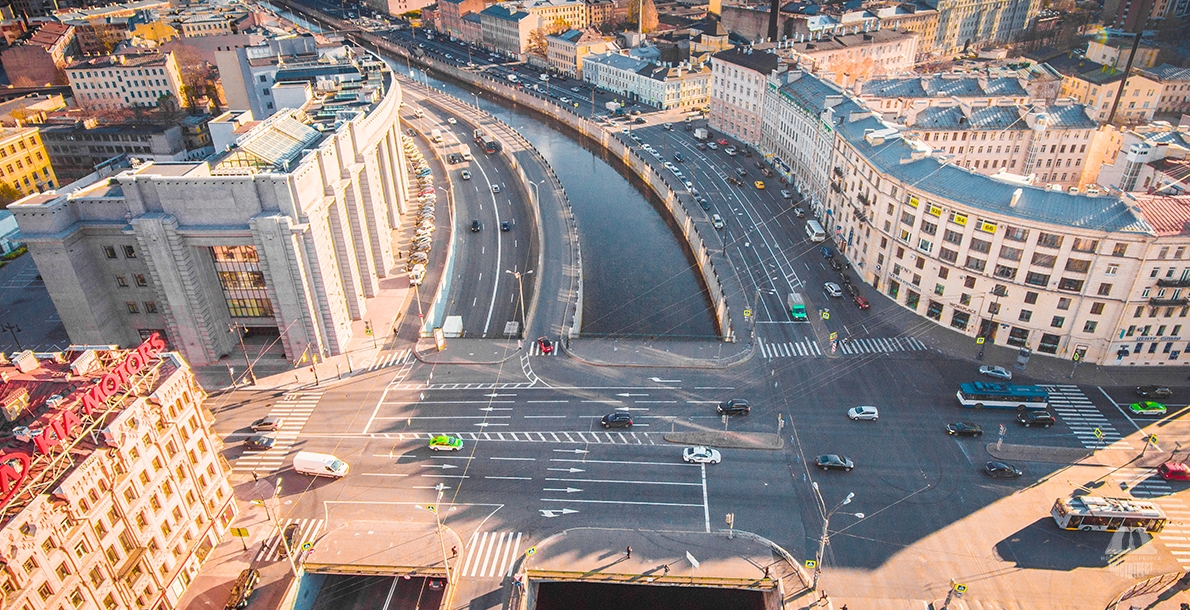 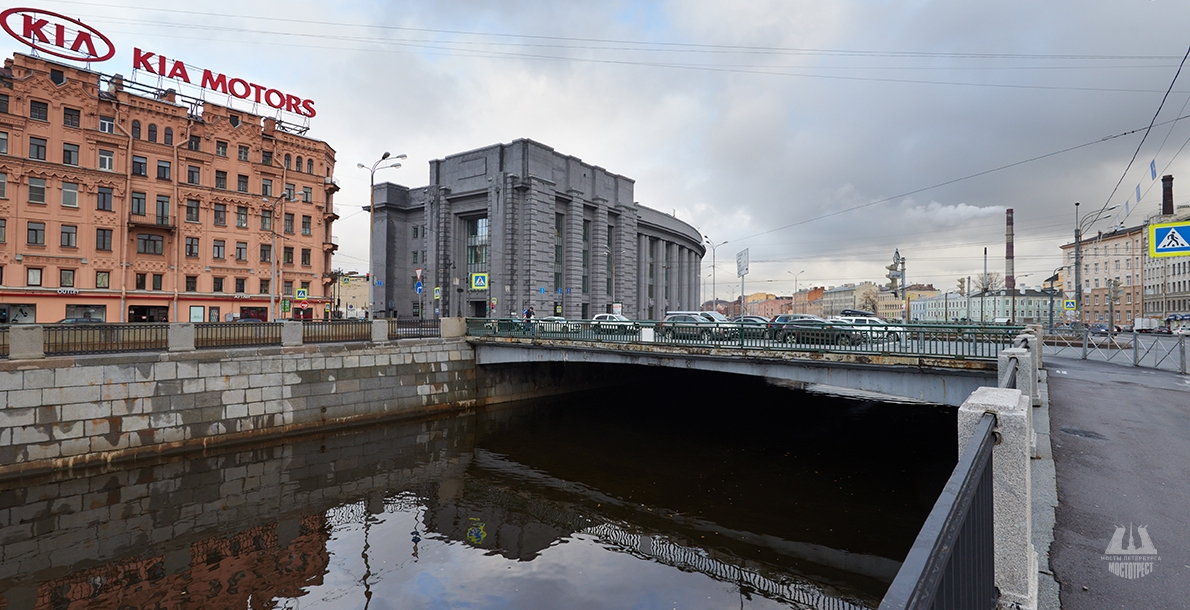 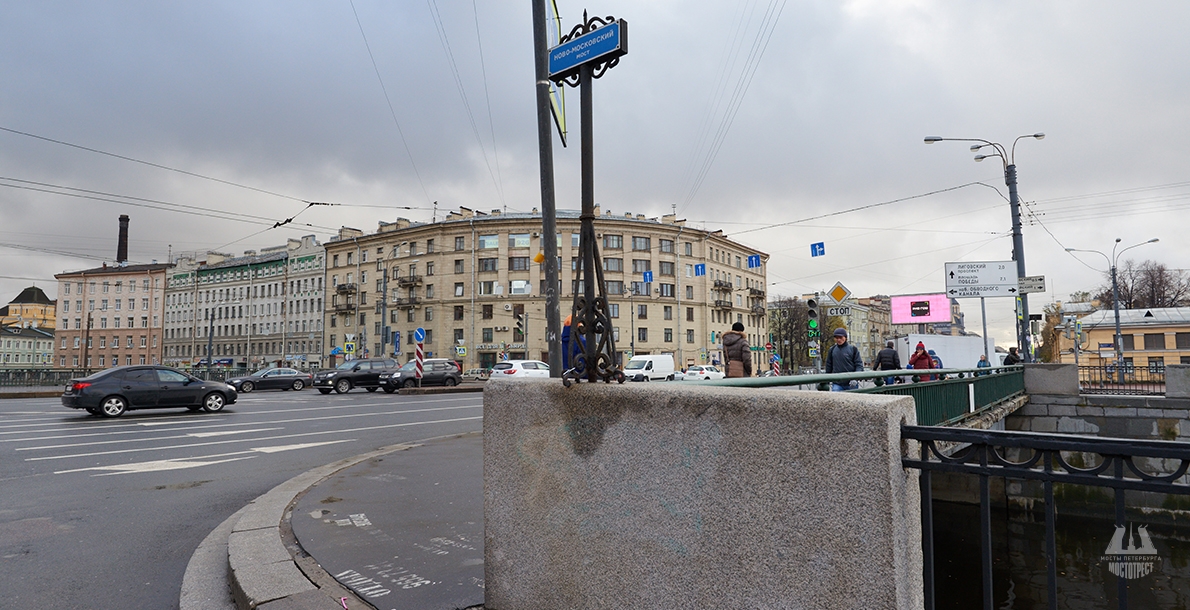 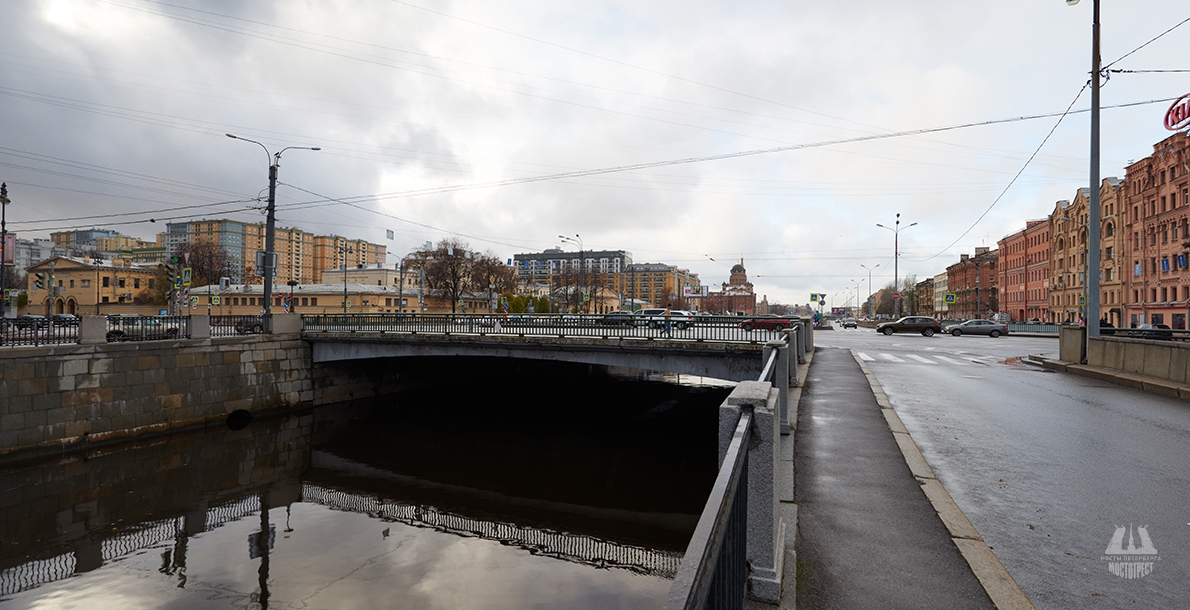 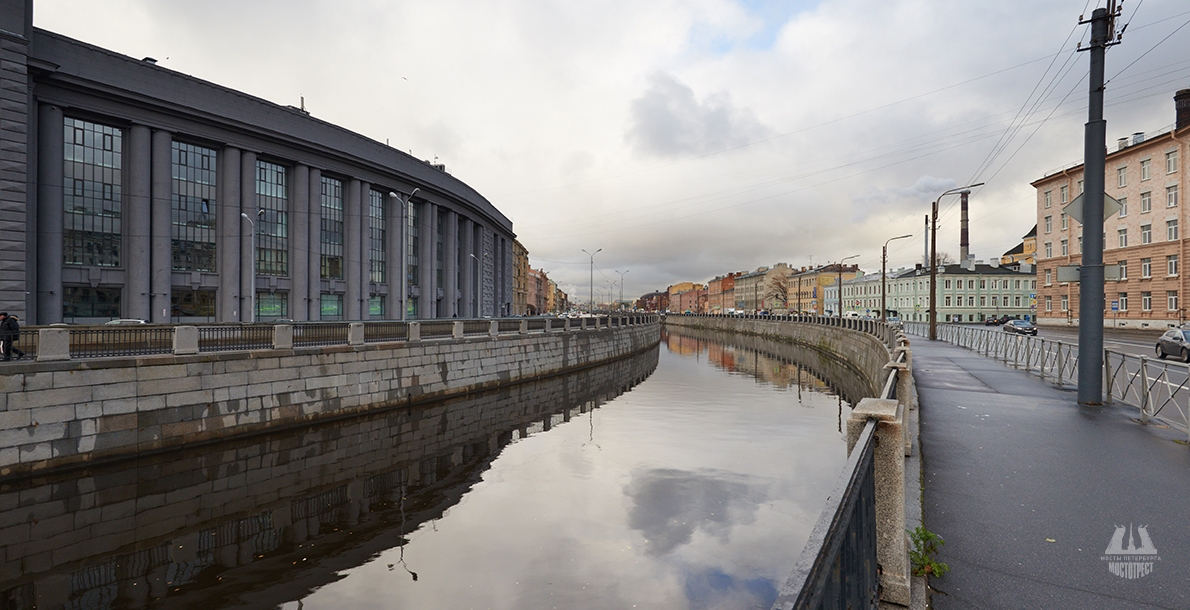 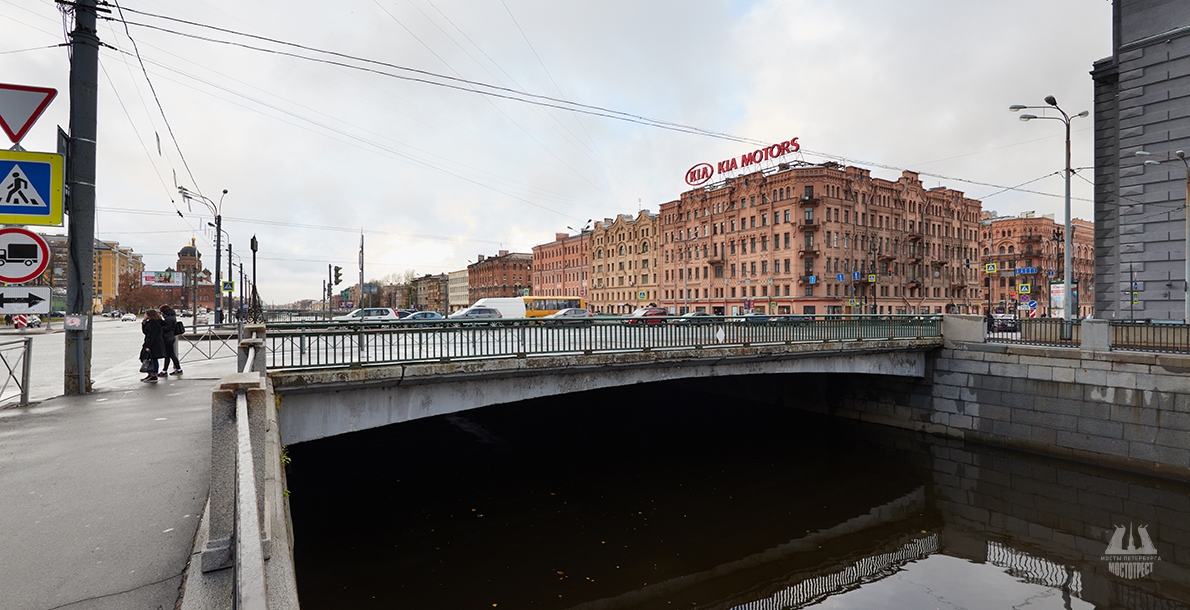 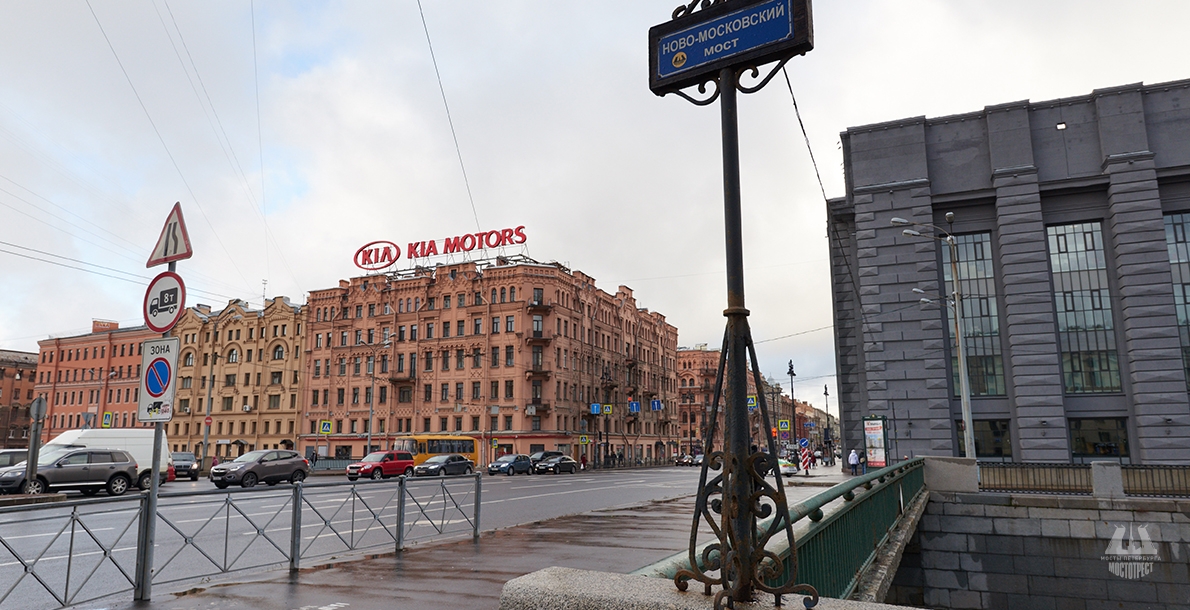 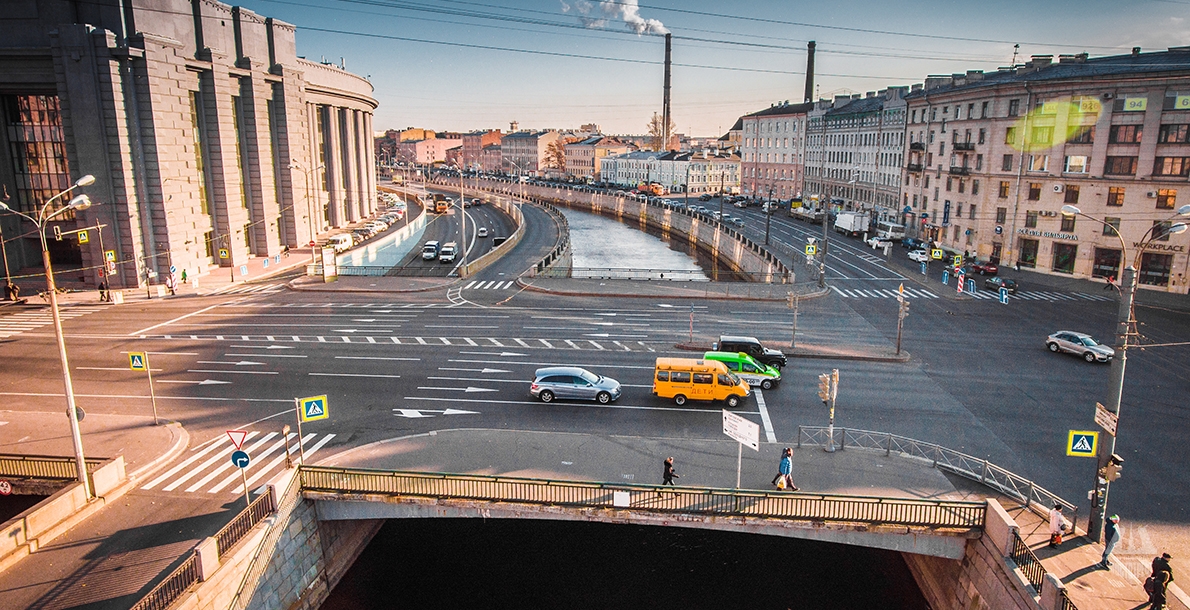 The first bridge was built there in 1808-1816. It was the first permanent crossing across the canal. It is one of the first cast iron arch bridges built at the beginning of the XIX century in St. Petersburg the author and builder of which was engineer V.I. Haste. It was an arch bridge made of cast iron sections on bolts. The project was similar to the projects of the bridges across the Moyka River. The crossing was named Novo-Moskovsky Bridge due to its location on the Moskovsky Tract.

The bridge was widened twice because of tram tracks laying and start of trolleybus service with an arrangement of additional supports.

In 1961 cast-iron arches with cracks were reinforced by unload metal structures.

In accordance with the urban development master plan of the city on the right bank of the Obvodny Canal a highway was built, which required construction of a new bridge with a roadway width of 47 meters and the creation of the transport tunnel behind the right-bank abutment.

In 1962 Moskovsky Prospect in the area of Ploschad Mira square (since 1992 – Sennaya Square) to the Obvodny Canal tram rails were removed.

In 1965-1967, under the project of engineer P.P. Ryazantsev and architect L.A. Noskov, a new concrete single-span bridge was built. In order to create a traffic interchange of Moskovsky Prospect and the Obvodny Canal, a tunnel was built under the prospect. It was the first tunnel in Leningrad.

In June 2006 a new safety island was arranged; galvanized railings on the descends from the sidewalks were installed; new asphalt concrete pavement was laid on the roadway and sidewalks. 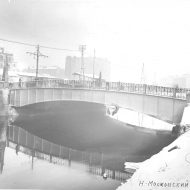 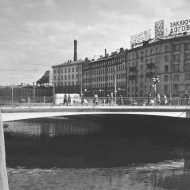