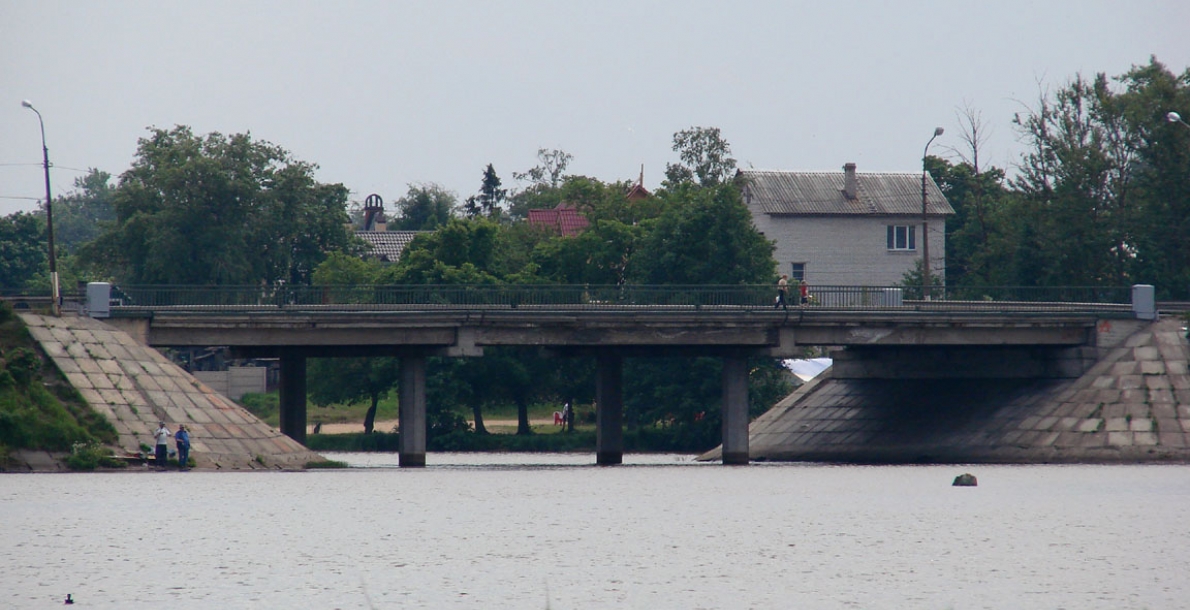 There are four lanes for vehicular traffic (by two in each direction) and two sidewalks for pedestrians, each of 3 meters long.

The bridge was built in the period from January 1964 to June 1965 under the project of Lengiproinzhproject Institute, the author of the project – P.P. Ryazantsev. The bridge was constructed by the efforts of Mostopoezd No.428 (MSP-428) of Mostostroy No.6 Trust. In accordance with the Act of the State Inspection Board dd. June 28, 1965 the bridge constructed was put into operation with a rating of "good".

In 1988 under the project engineering construction bureau of Lenmosttrest by the efforts of RSU Lenmosttrest the bridge was repaired, during which major repairs of slopes and asphalt concrete pavement of the roadway and sidewalks was performed.

After the completion of the construction the bridge facility was on the balance sheet of Lenavtodor and was maintained by the efforts of a suburban DRSU No.1. Since 1993 the bridge is on balance of Mostotrest.

Despite the fact that the bridge is located on the Primorskoye highway, it actually refers to Sestroretsk since the buildings of the city in this place is located on both banks of the lake.

The presence of this bridge allows to pass the transit traffic flow out from the central part of Sestroretsk.